Ready for love! Meghan King has a new boyfriend and she introduced him to her Instagram followers on Friday, January 15.

The former Bravo TV personality, 36, shared a series of photos on her Instagram Story, writing, “Need to tell y’all something” alongside a picture of herself standing beside a man in a mirror. 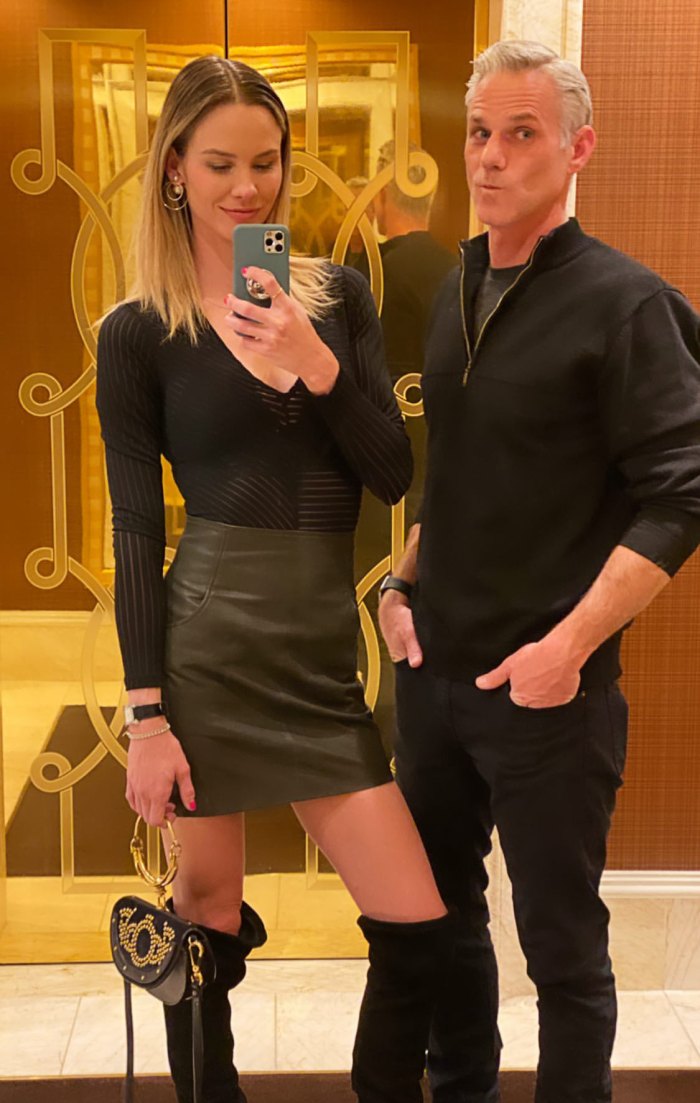 Meghan King and Will Roos. Courtesy of Meghan King/Instagram

“Meet my friend @willroos. We have been friends for a year,” she captioned a second Story image.

King posted an assortment of photos and videos taken over the last year of herself and Roos, whom she referred to as her “friend-turned-boyfriend.” She added, “Sometimes things happen in a funny way.”

She claimed in one Instagram Story post, “For now, we’re just friends. And by ‘friends’ I mean super close besties who also kiss and hug. Ok, so I don’t mean ‘friends’ at all.”

The Real Housewives of Orange County alum revealed she initially met Roos as a “love interest” and shared a photo from one of their early dates from “a solid year ago,” adding that they “have so much fun together.”

Roos is the first man King has been linked to since she and ex-boyfriend Christian Schauf called it quits in November 2020. At the time, the Missouri native revealed in a blog post that her relationship with Schauf, 39, “reawakened” her “dormant adventurous spirit” after she and estranged husband Jim Edmonds split.

“As I close the door on my relationship with Christian I am quite literally opening the door to our new family home,” she captioned a social media post at the time.”(God/Spirit/The Universe has a way of doing funny things like that.) Our relationship deserves to be honored even as it ends.”

Us Weekly broke the news in October 2019 that King and Edmonds, 50, split after five years of marriage. The pair share daughter Aspen, 4, and 2-year-old twins Hayes and Hart. She accused Edmonds of having an affair with their nanny, which both he and the caretaker denied. The former baseball player has since moved on and is dating Kortnie O’Connor.

He and King continue to fight for custody of their children amid their pending divorce. Although it was reported in 2019 that the pair reached a custody agreement, they duked it out in court almost a year later amid the coronavirus pandemic.

In August 2020, a source close to the Edmonds family said the athlete was seeking full custody of his children amid frustrations about King being “out of town” when she’s supposed to have the kids. “Jim feels if Meghan cannot be present during the week she has the children, then he should just keep them at his house and not leave them with the nannies,” the insider said.

King refuted those claims in a statement to Us that same day. “In the 10 months since Jim walked out on our children and myself, I have left Aspen, Hart and Hayes with my mother for three days (with my nanny helping her). I told Jim I had to be out of town for those days but he told me he couldn’t take custody of the kids because he would be out of town.”