MEGHAN Markle may have opted for a more somber wardrobe as she visited Ground Zero in New York today – but her jewellery collection was far from it.

The Duke and Duchess of Sussex today took part in the first joint public engagement since the birth of their daughter Lillibet. 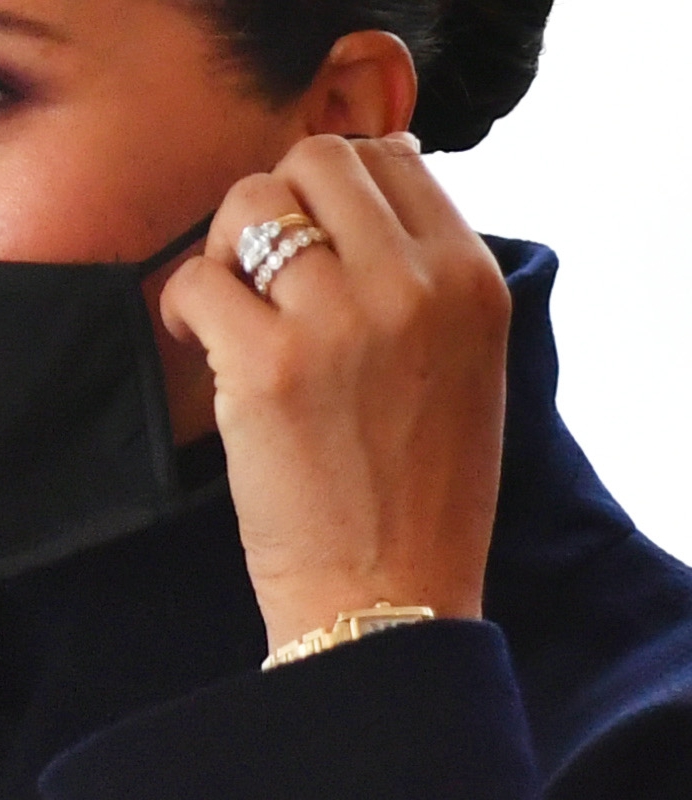 She also added a £3.3k Birks ‘Snowflake’ band to her ring fingerCredit: Rex 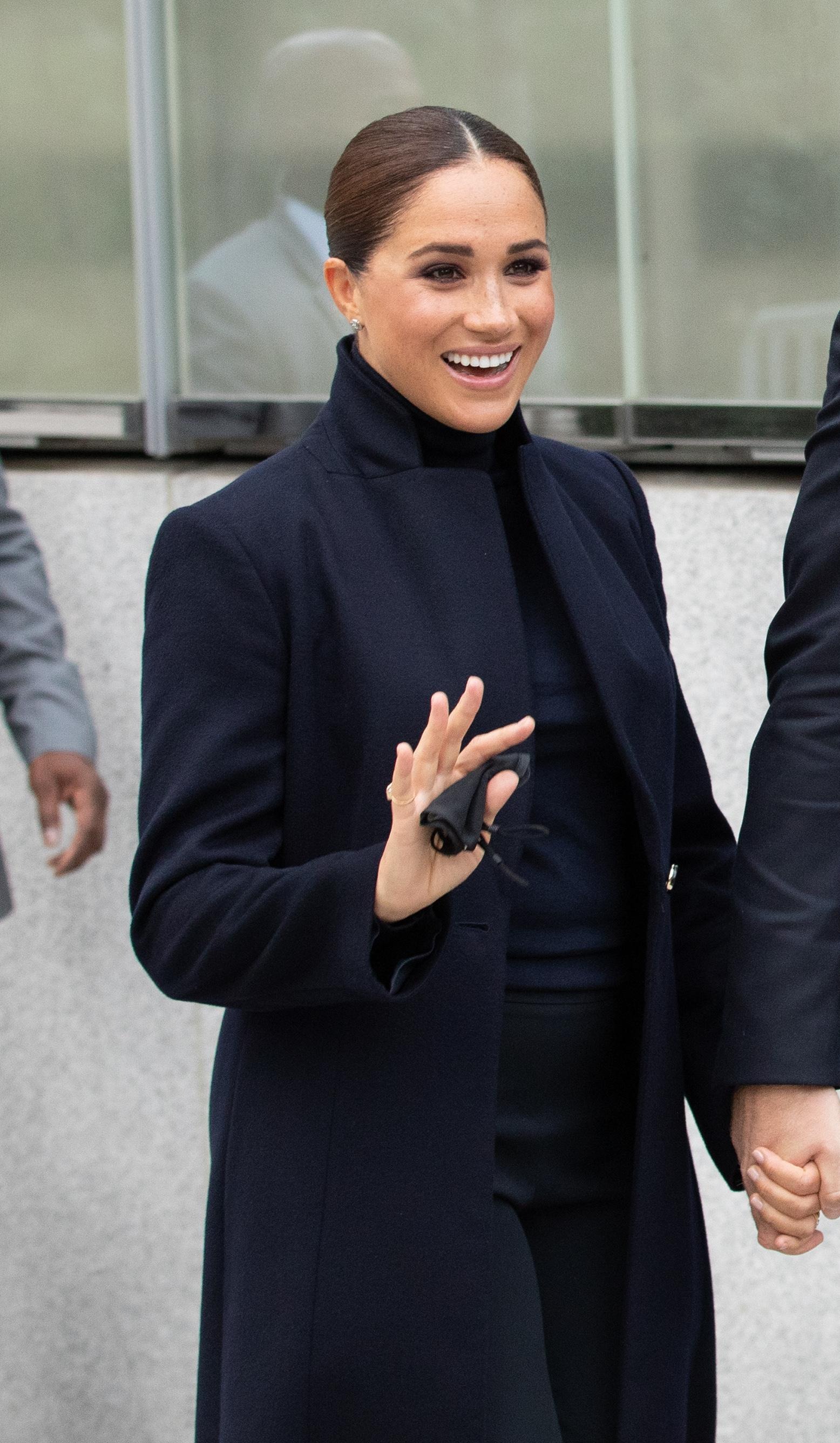 Meghan stepped out for her first engagement since giving birth to daughter LilibetCredit: Rex

And while Meghan’s ensemble of a simple black roll-neck sweater and a wool coat may not have been particularly eye-catching, the myriad of diamonds she was wearing certainly were.

Eagle-eyed royal watchers may have spotted that Meg, 40, had added a third band to her ring finger today.

As well as her £271,000 engagement ring and her Cleave and Company Welsh gold wedding band, Meghan could be seen wearing a Birks Diamond Snowflake Ring, worth £3,300.

It is clearly a ring that Meg holds dear as the last time she was seen wearing it was on another engagement ‘first’ when she joined Prince Harry in Edinburgh for their first engagement together since becoming his fiance.

On her right hand Meghan could be seen wearing the mysterious pinky ring that she was first pictured wearing on the cover of Time magazine.

The custom ring features a diamond Harry received from the Middle East, according to Page Six.

Meghan previously wore it in 2020 when she announced she and Harry would host an episode of Time100 Talks.

Page Six reported that the piece is a custom-designed ring created by jeweller Lorraine Schwartz, with the value estimated at £45,000.

The couple initially denied these claims, stating that the ring was sourced by a stylist on the shoot for Time magazine.

But the pair later came back to clarify that they were talking about a different pinky ring on her left hand, costing £380 by the brand Shiffon according to the Daily Mail.

Nothing more has been said about the Lorraine Schwartz ring by the couple.

And that wasn’t all when it came to Meg’s diamonds today, with the Duchess’ earlobes glittering with the £12,600 Cartier earrings she wore on her wedding day.

🔵 Read our Meghan and Harry live blog for the latest updates

The mum-of-two was again seen wearing the glistening studs on the occasion of Archie’s christening in July 2019.

The final flourish to Meghan’s outfit today was a gold Cartier watch that once belonged to Harry’s mother, Diana.

Diana was spotted with the classic timepiece during a number of events, including a visit to London’s Shri Swaminarayan Mandir Hindu Temple in 1997.

It’s not the only Cartier watch Meghan owns, as she previously splashed out on one when working in Suits.

The Duke and Duchess arrived at the city’s observatory 14 minutes for their meeting with Bill De Blasio as they embarked on their US “adventure”.

Harry, 37, and Meghan, 40, – who gave birth to daughter Lilibet in June – were driven to the event in a black SUV and travelled up to One World Trade Center’s viewing deck to meet the NYC Mayor.

And as she greeted the crowd of photographers, Meghan said: “It’s wonderful to be back thank you” when asked if she was happy to be in New York.

Meghan has previously spoken of her love of the city – even heading there for her baby shower before the birth of Archie.

The pair also met with New York Governor Kathy Hochul, 63, who arrived minutes before them.

The couple later stopped to view a wreath at the 9/11 Museum at Ground Zero. 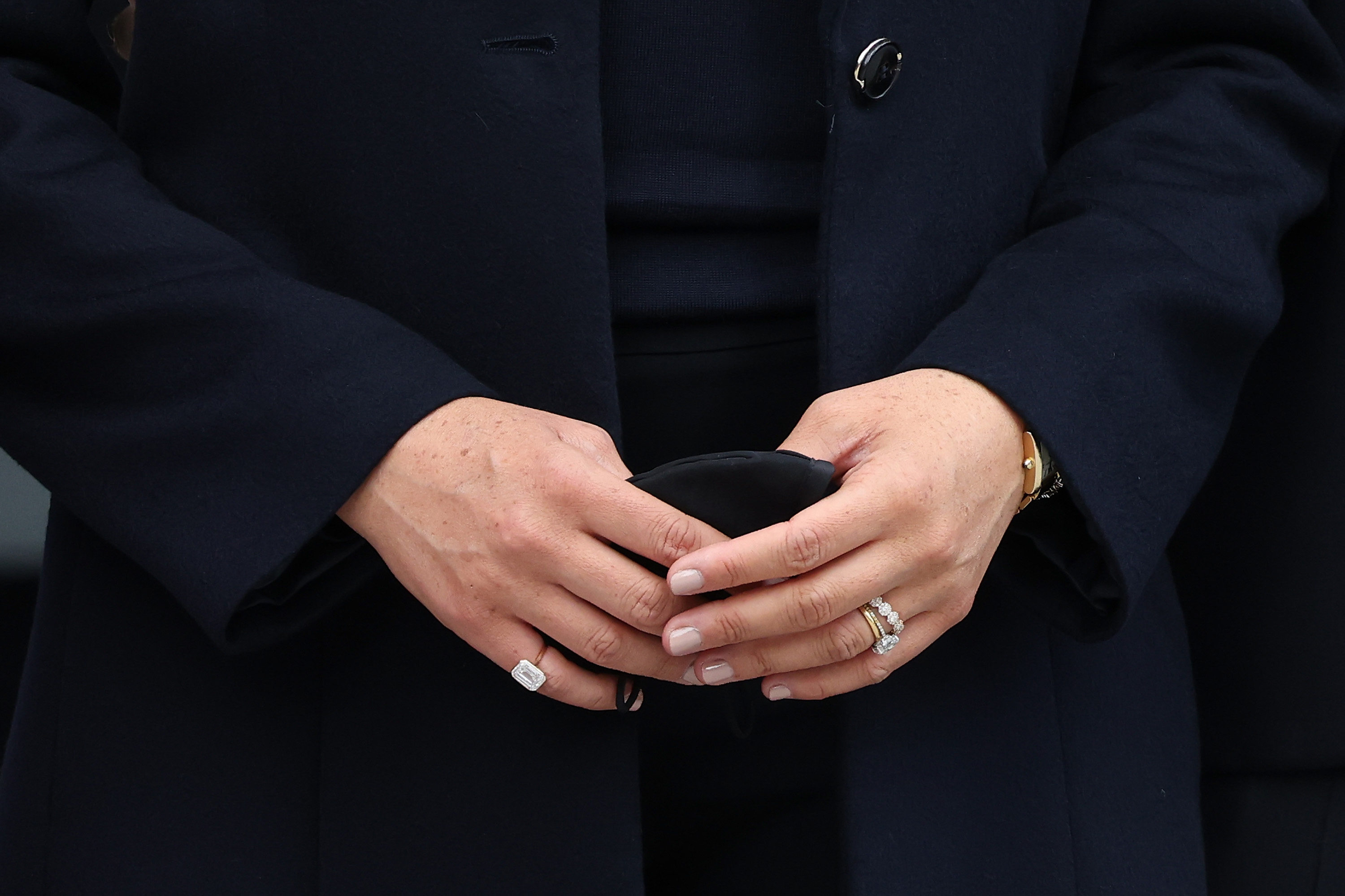 Meg could also be seen wearing the gold Cartier watch that once belonged to DianaCredit: Getty

In other royal news, we told you that Meghan had the most expensive royal birth at £10k – but whose was the cheapest?

And Meghan and Harry ‘looking to bring Lilibet & Archie to UK for Christmas’ and could stay in Frogmore Cottage to heal rift.

Plus Meghan Markle and Prince Harry ‘MUST visit Queen with Lilibet’ as US travel ban is no longer an ‘excuse’.