MICHELLE Keegan, Meghan Markle and KUWTK icon Kim Kardashian have the best faces in the world – according to the ‘Golden Ratio’.

Kate Middleton and Amanda Holden also scored highly – based on the theory – a system developed by the ancient Greeks to measure physical perfection. 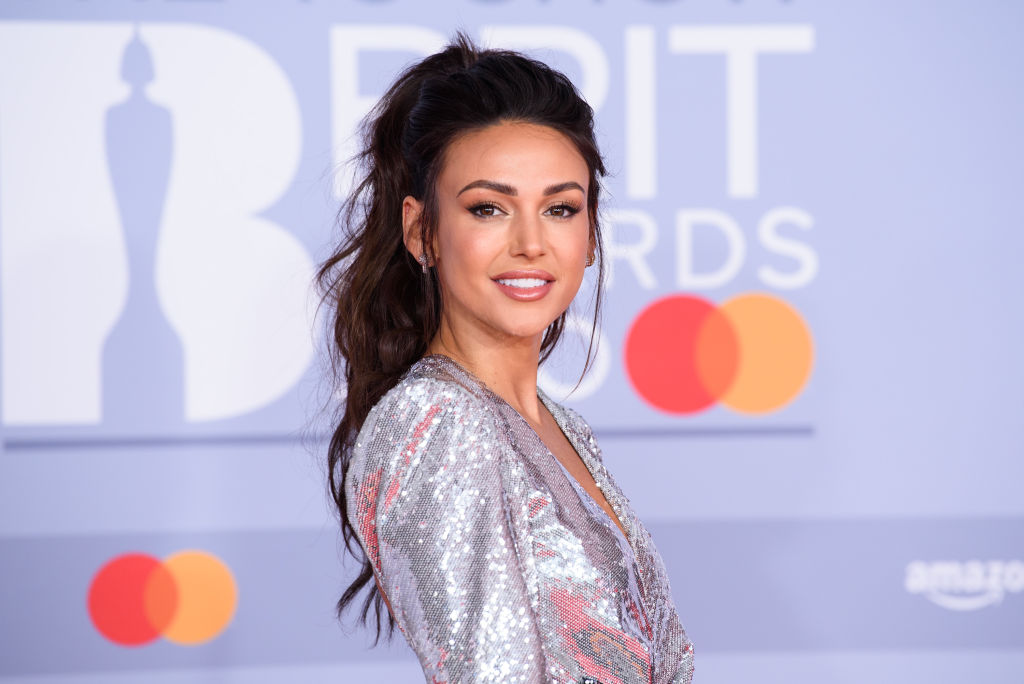 Michelle Keegan has the ‘perfect’ face, according to the golden ratioCredit: Getty Images – Getty

While TV beauties Holly Willoughby and Susanna Reid’s faces are also blessed with near ‘perfect’ proportions, according to the formula.

The mathematical equation – known as Phi – was devised by the ancient Greeks and it sees the ideal face proportions as 3:2:3.

The facial ratio is worked out by analysing the forehead to nose to nose to chin areas.

Dr Riccardo Frati of Frati Cosmetic Surgery compiled a list to see how modern celebs faces’ matched up, according to the formula. 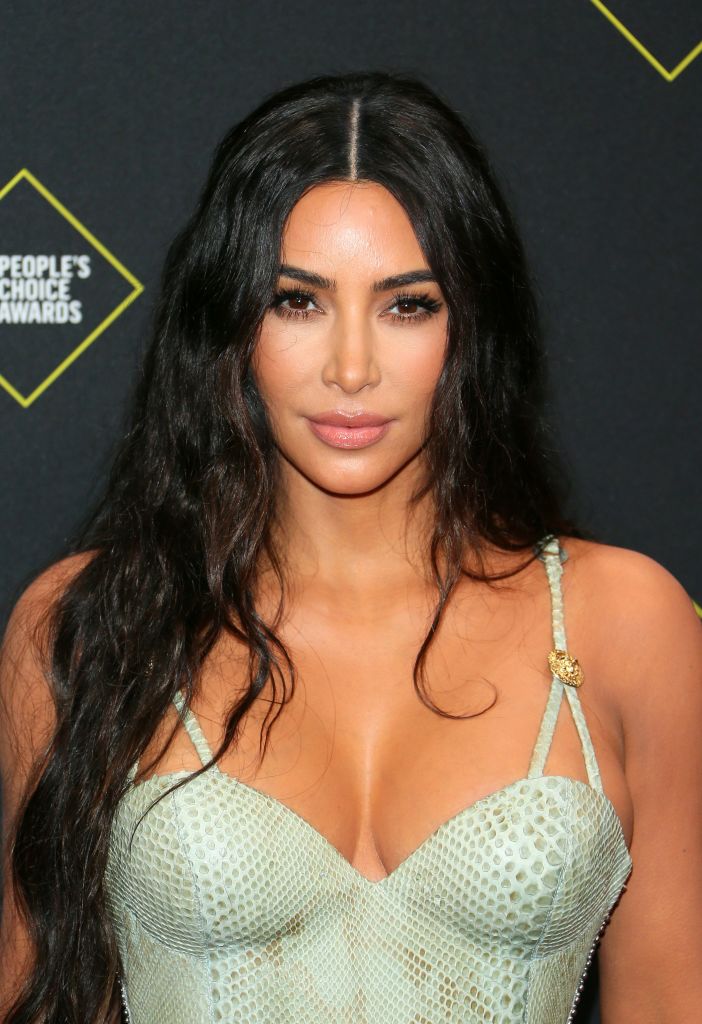 Meanwhile, Kim Kardashian has the ‘most desirable’ shapeCredit: AFP – Getty

He explained how he used the golden ratio to assess celebrity faces and described the most desirable face shape as an upside down triangle structure.

However he also pointed out that ‘glass like’ skin makes a face even more desirable and ‘perfect’.

He said: “For the Golden Ratio, basically the face is put into thirds and it studies how big the forehead is and the gap from the eyes to the top of the lips.” 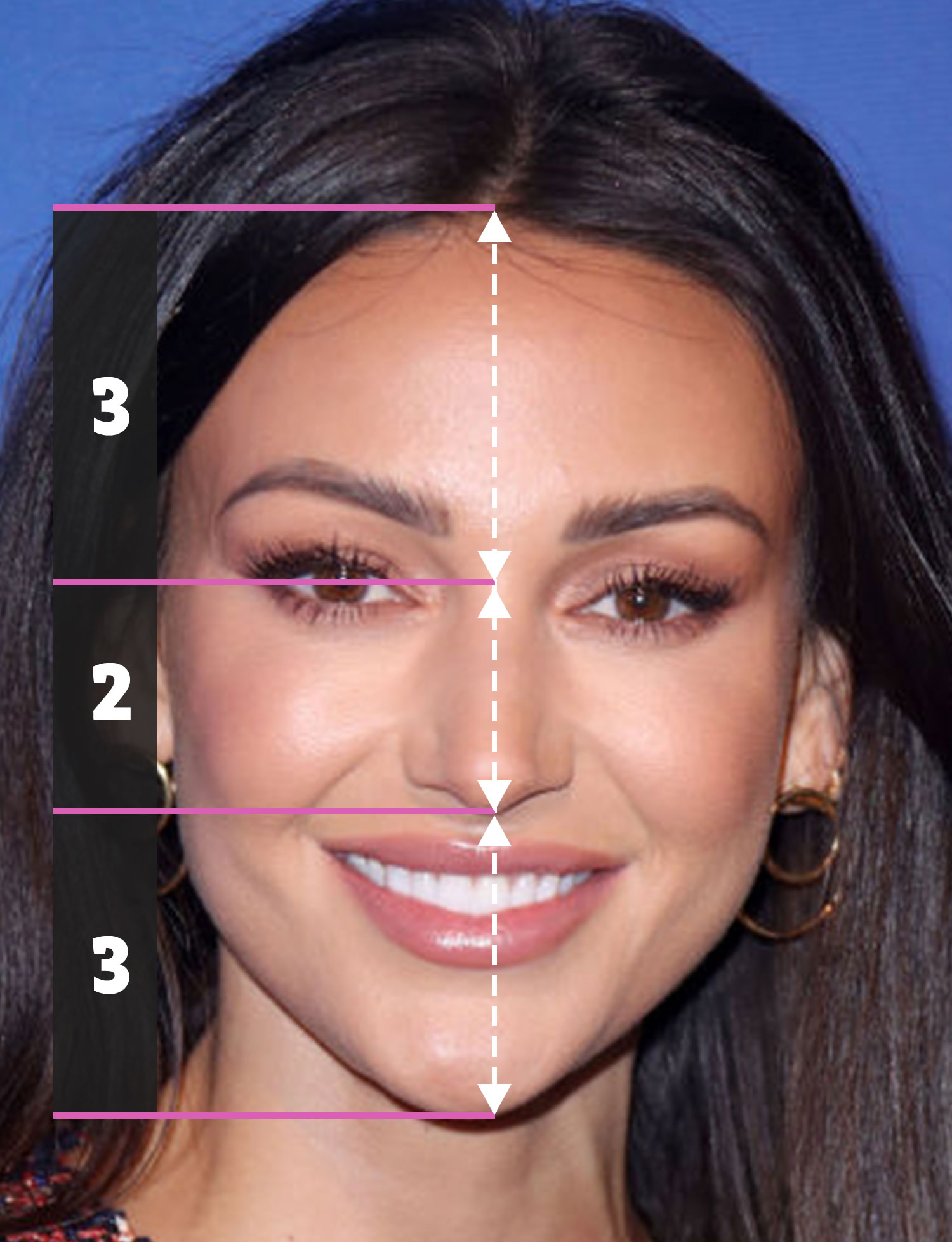 This star’s face is scientifically “perfect” – with a 3:2:3 Golden Ratio equation.

Dr Frati believes the Our Girl star has a ‘stunning’ complexion with a ‘beautiful’ face.

He said: “I believe her skincare routine could contain a pore refining laser treatment and a jaw/neck tightening treatment, which could be the Morpheus8 to ensure she looks snatched.

“Michelle may have had other treatments such as fillers too.” 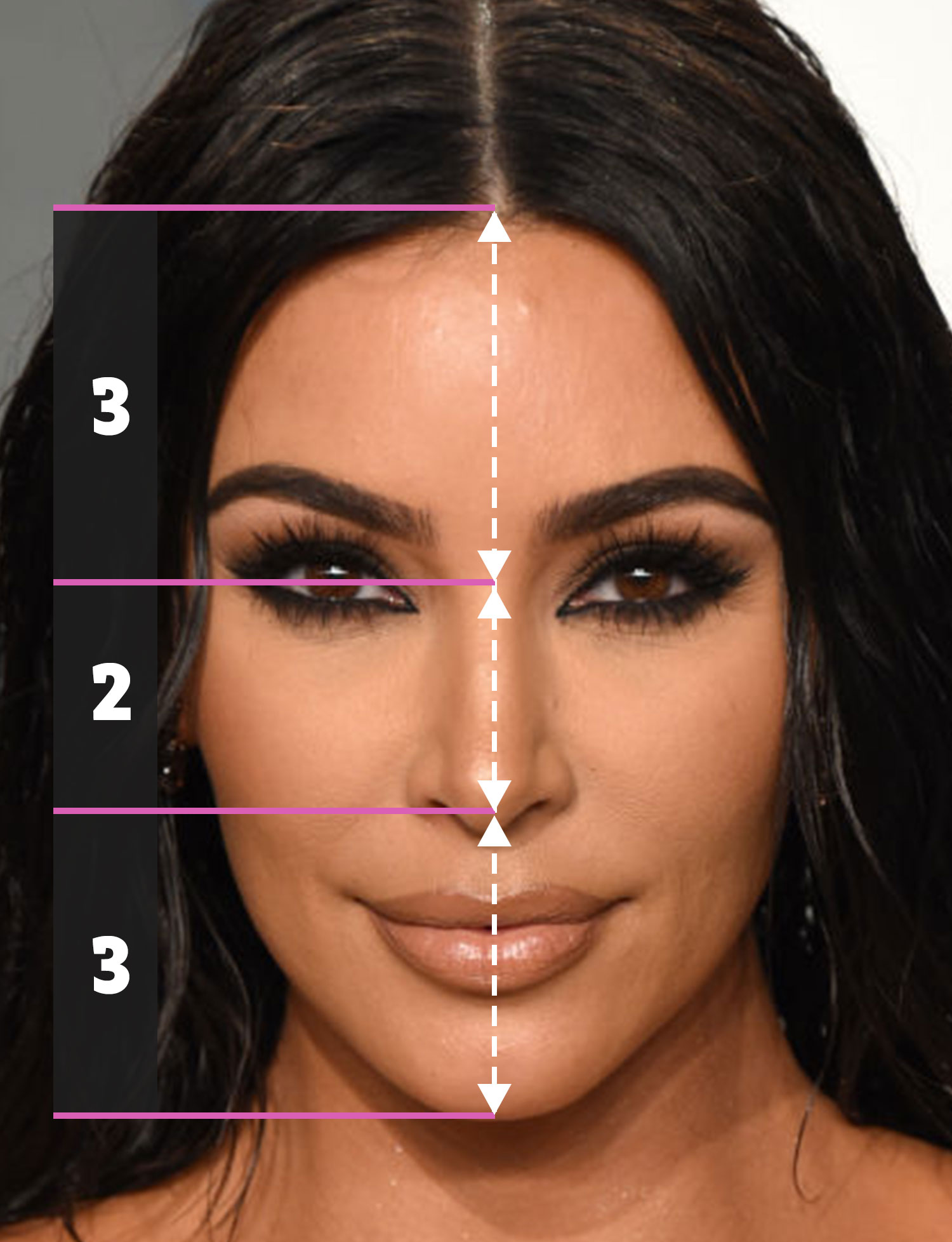 This A-lister’s face also scored highly according to the formula.

Dr Frati believes Keeping Up With The Kardashians star Kim has a 3:2:3 facial ratio.

He said: “Kim is an exquisite beauty. It looks as if she has had a rhinoplasty, perhaps a brow and lip lift and her hair line seems to have become higher and neater.

“She also appears to be a fan of Morpheus8 and different types of laser. Kim takes great care of her skin, not only on her face but all over her body.

“Facially she has an upside down triangle structure, which is often described as the most highly desirable shaped face.

“Her brows are thick and youthful and the apples of her cheeks are high and full of volume.” 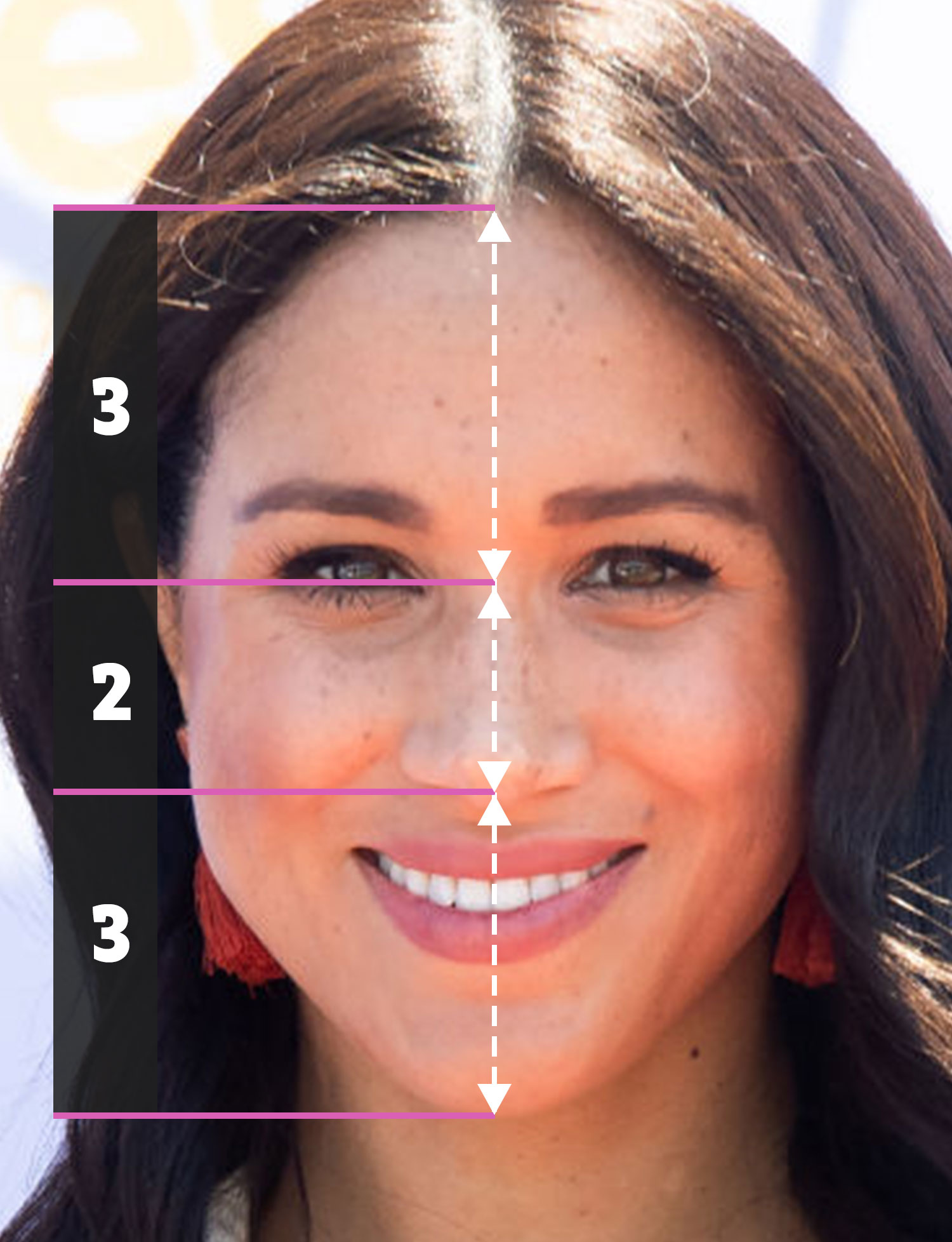 The expert says Meghan also has the ‘perfect golden ratio’

He added that her ‘Disney’ style features could increase her golden ratio ranking.

Dr Frati said: “Meghan has a Disney face and it looks as if she could have had a tip rhinoplasty as her nose looks slightly slimmer in more recent years.

“I would also predict that she is a fan of lasers as she looks poreless and her skin is like glass, which is highly desirable.” 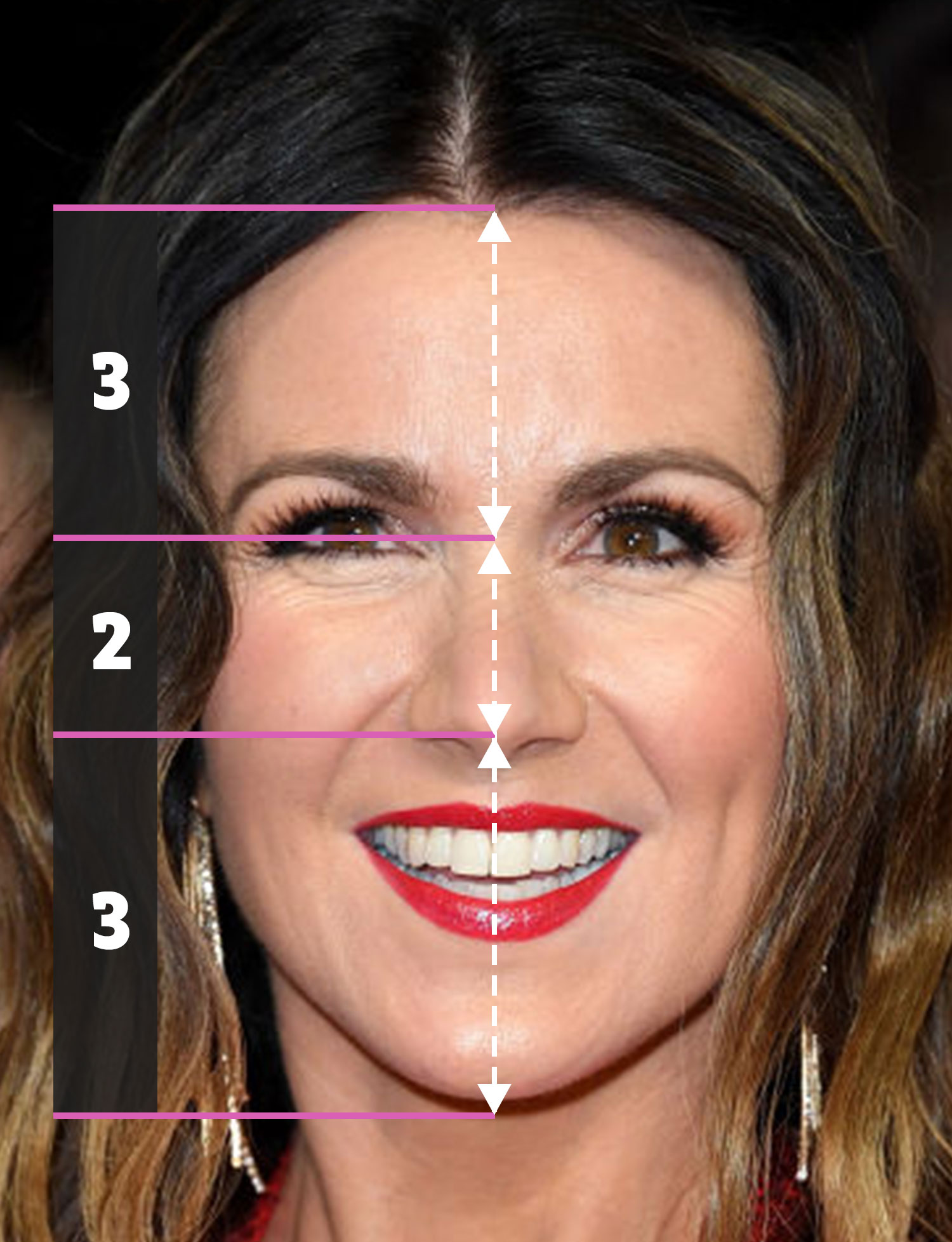 Susanna has a ‘perfect’ triangle face’

According to the ratio, GMB star Susanna Reid is another star with a scientifically “perfect” face.

“The goal of staying youthful for many women is to have a frontal facial profile representing an ‘upside down triangle’.

“As we age our facial features drop and ‘sag’ – often creating jowls or turkey necks.” 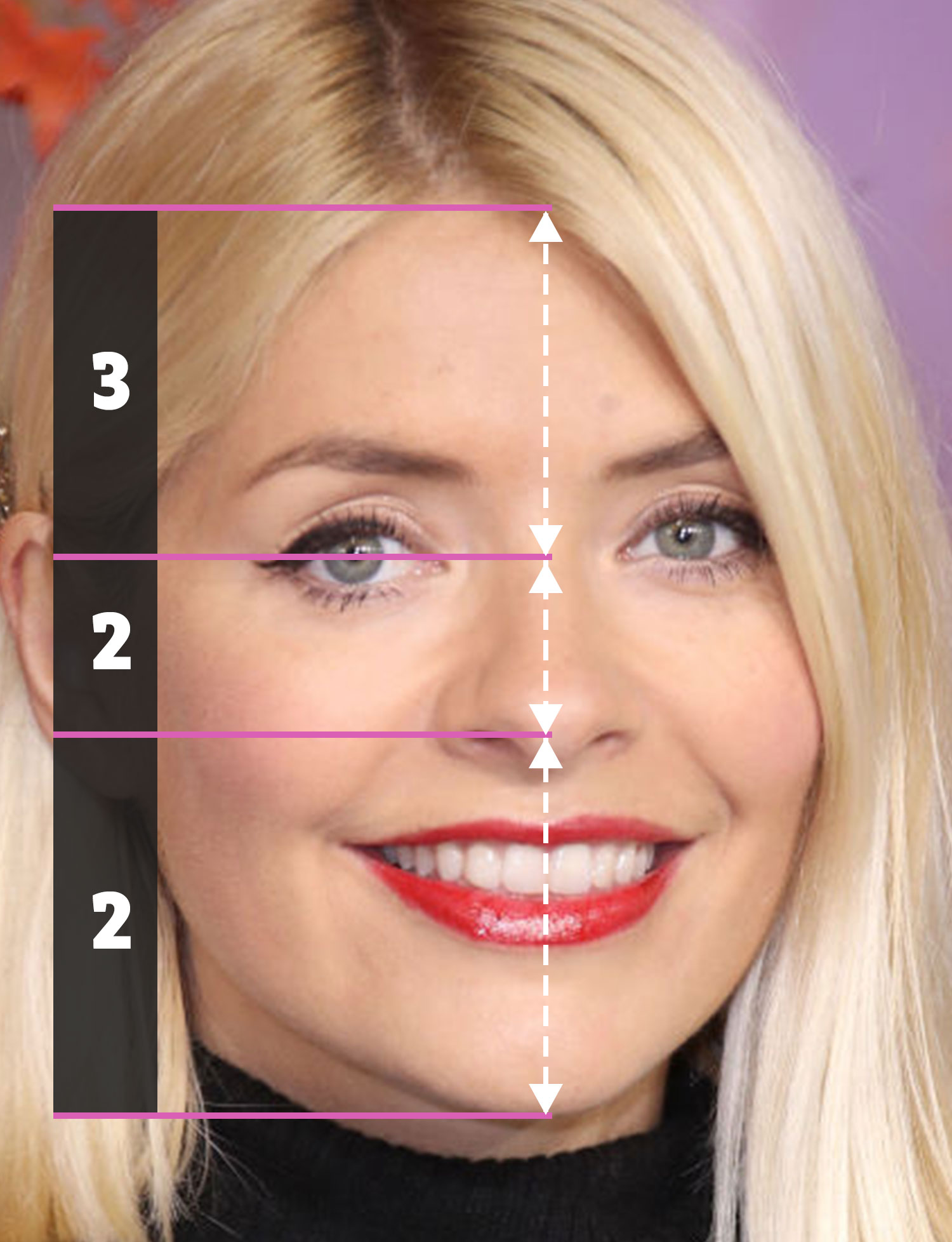 Holly has a ‘youthful’ face, the expert claims

This Morning beauty Holly Willoughby’s face is nearly perfect, according to Dr Frati and his use of the Golden Ratio equation.

The cosmetic surgeon commented: “Holly has a youthful face, her smile is inviting and her forehead shows expression.

“This is often needed when she is empathising with viewers on television. I would give her face a ratio of 3:2:2.” 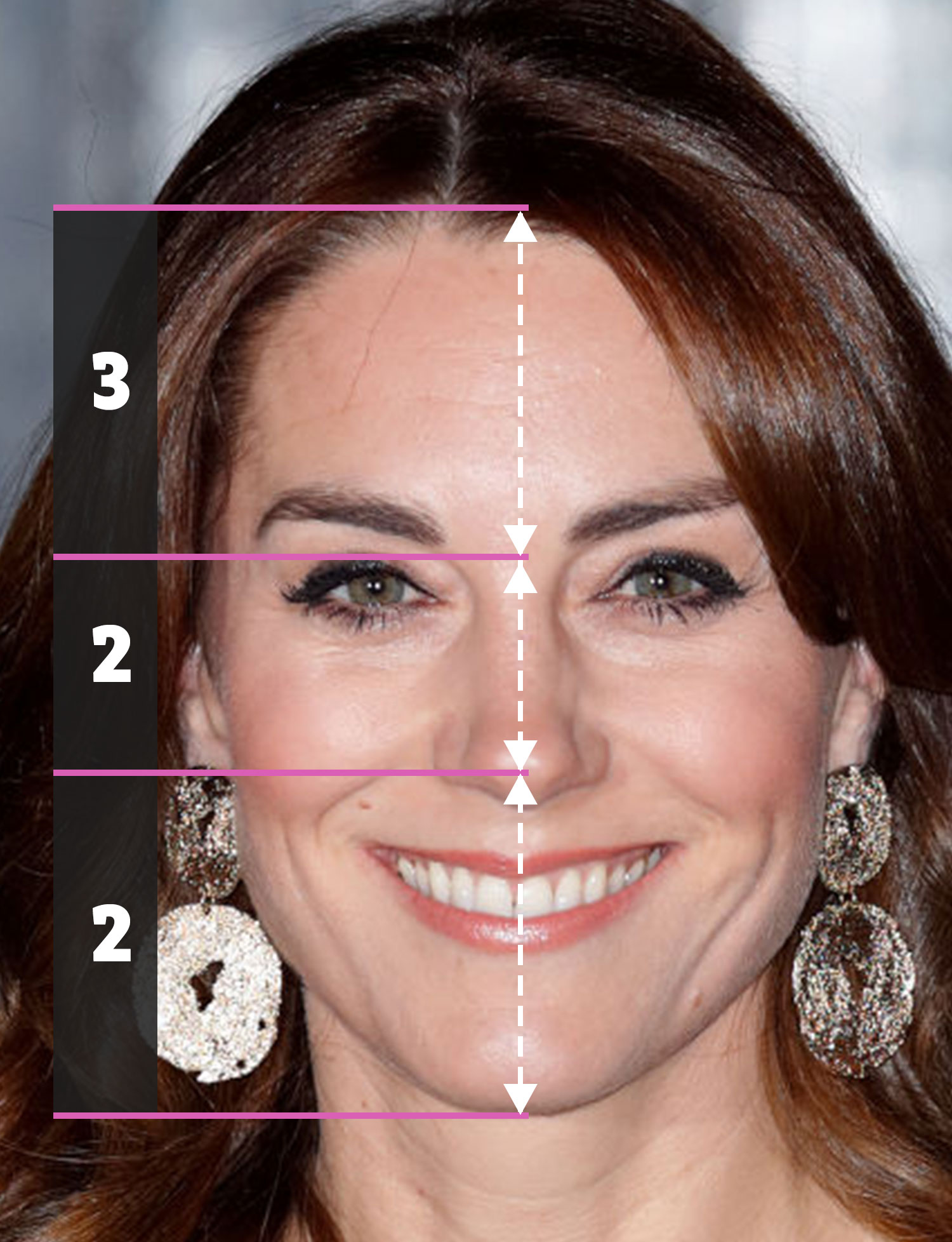 The cosmetic surgeon also commented on Kate Middleton’s face – which was given a 3:2:2 ratio using the formula.

“She remains youthful which might be due to botox and she appears to have had some natural-looking dental work done too.” 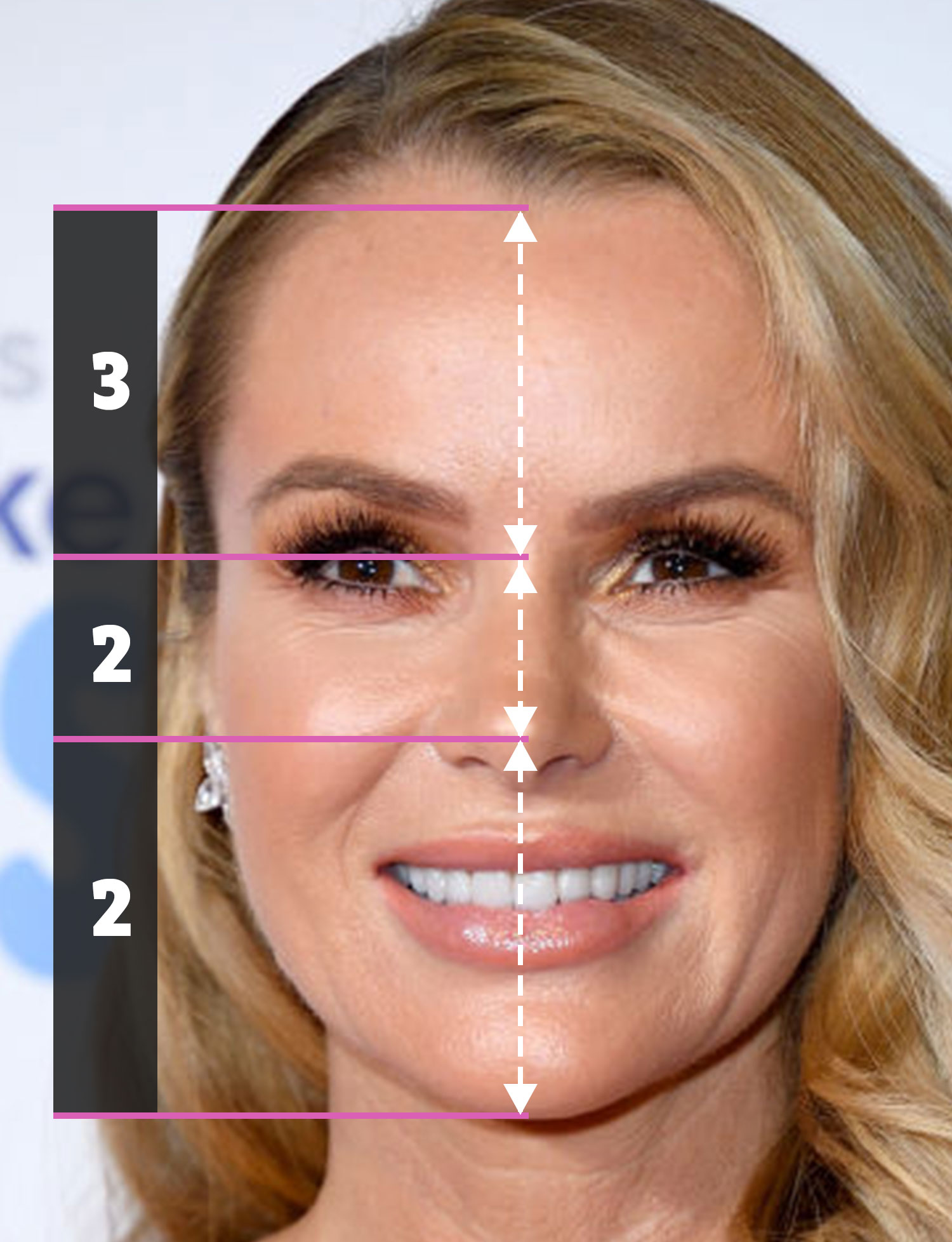 Amanda Holden’s face was also given the same ratio as Kate Middleton’s and Holly Willoughby’s – and Dr Frati says the 49-year-old has a ‘Disney’ face.

He commented: “Amanda has a Disney princess face and it looks as if she may have had some cheek fillers and botox.

“It looks like she’s had some dental work done too. Amanda is also supposedly a fan of the Morpheus8 treatment, which is reportedly a favourite of Kim Kardashian’s.

“This keeps her jaw and neck super tight.” 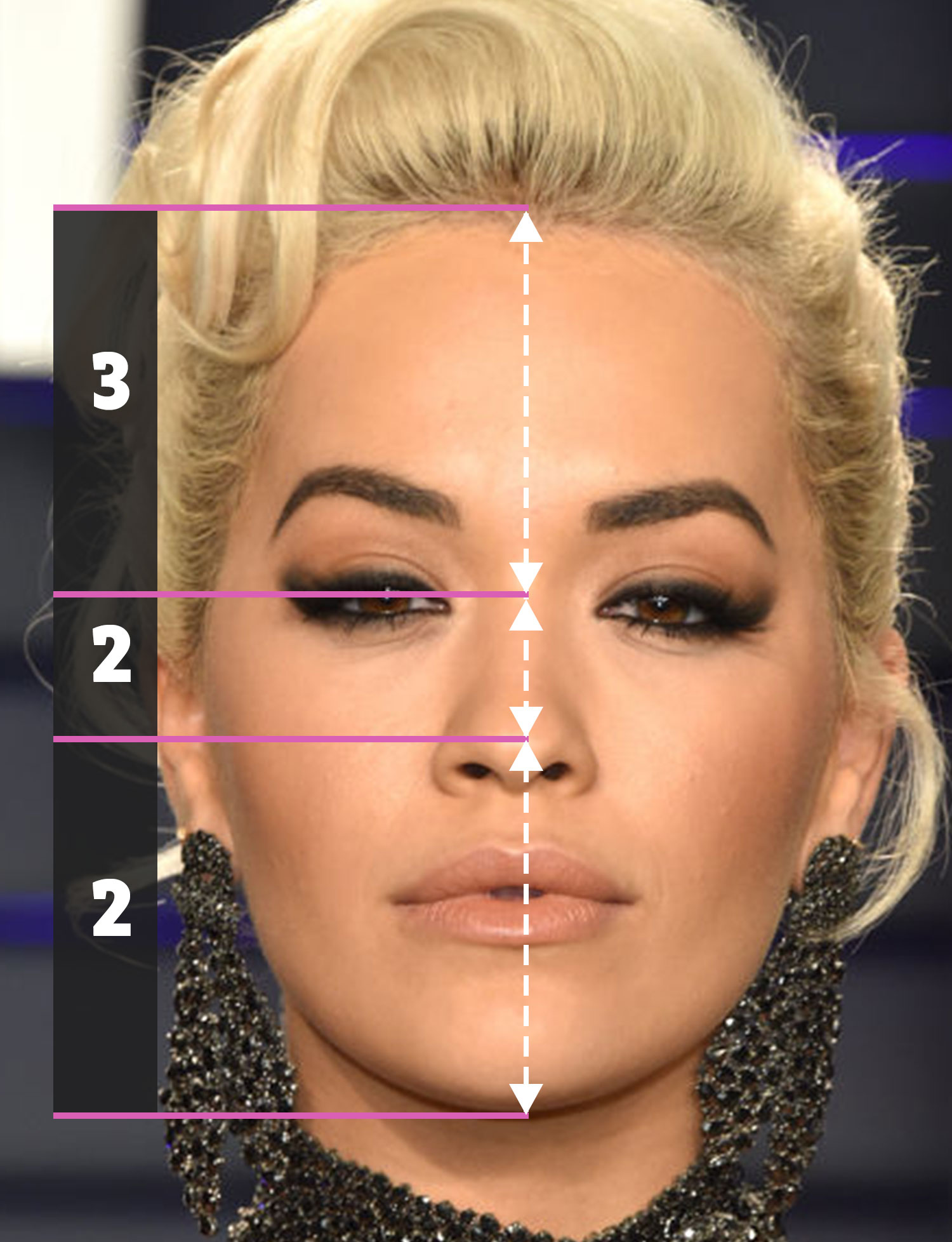 Rita has a ‘baby face’, according to Dr Frati

Similarly singing sensation Rita Ora was given a facial ratio of 3:2:2 when Dr Frati analysed her features.

He added: “Rita has large facial features giving her a babyface look. 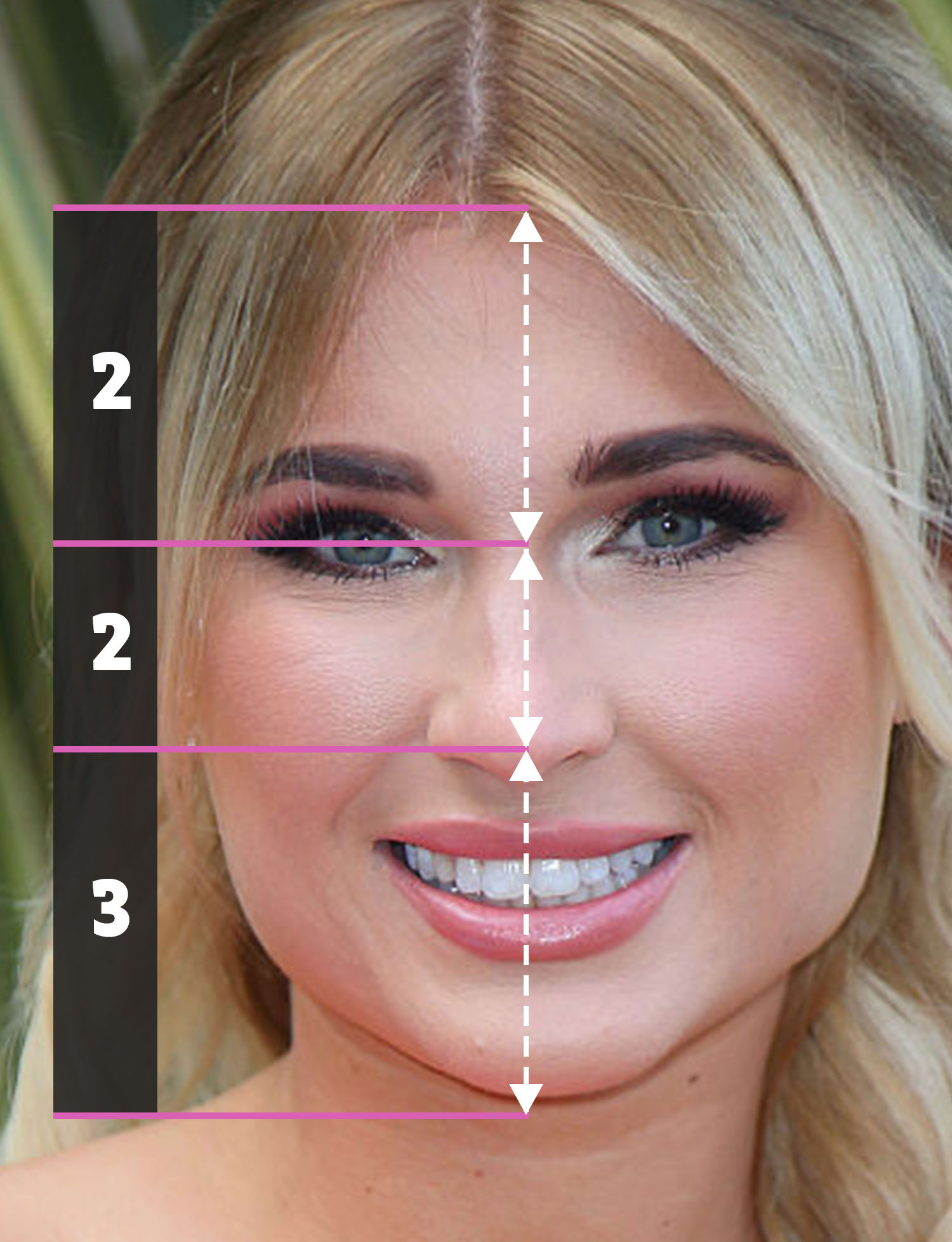 Billie has a ‘welcoming and friendly’ face

He said: “Billie has recently turned 30 and looks great!

“She naturally has a rather square jaw line and has toned down her TOWIE look and laid off the face tan which has worked well.

“Her cheeks are voluminous and her smile is bright and wide.

“She looks welcoming, well rested and friendly. Her facial proportions are 2:2:3.” 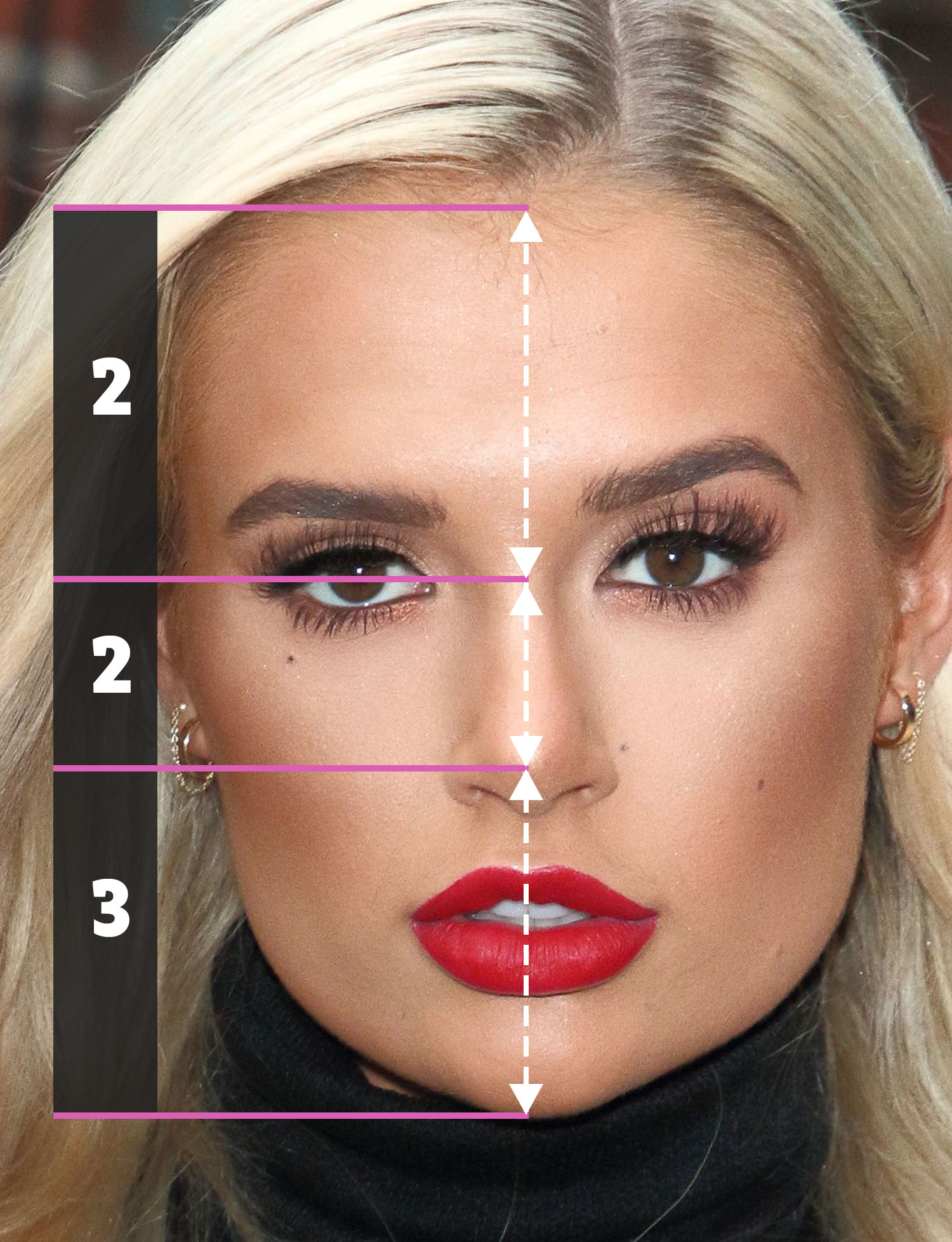 He said her ‘square-shaped face’ also has 2:2:3 proportions, using the Golden Ratio formula.

He commented: “Molly-Mae has a similar shaped face to Billie, she is 2:2:3 and has a square shaped face.

“Recently she spoke about having her lip fillers dissolved as they had started to migrate because she began having them done when she was just 17.”

Dr Frati warned of the impact of cosmetic fillers, adding: “Young girls often don’t understand the impact of filler, which weighs the lip down, which can result in the need for a lip lift procedure later in life.

“I am seeing many more patients for blepharoplasties and lip lifts as they began Botox and filler treatments when they were too young.”

For more celebrity stories, this is what Holly Willoughby, David Beckham, Michelle Keegan & more celebs will look like when they’re old thanks to age filters.

How celebs like Michelle Keegan, Justin Bieber and Susanna Reid have changed over the last decade