Elaine Hendrix and Natasha Richardson’s characters may have been less than friendly onscreen, but behind the scenes of The Parent Trap, the actresses would drink wine and bond in their trailers.

“The first thing that I think about was, first of all, she loved Chardonnay. Cakebread,” Hendrix, 50, exclusively told Us Weekly of the late star. “I just remember in real life, thinking how elegant Natasha was and how she literally would swoon when she talked about Liam Neeson and when she talked about her children.”

Richardson and Neeson, 69, met in 1993 while working on Broadway’s Anna Christie. They married a year later and welcomed sons Micheál and Daniel in 1995 and 1996, respectively.

“She would get all dreamy and we would all go, ‘Oh.’ Like we all just basked in her love and adoration for him and her family, which made what happened just all the more tragic,” Hendrix told Us.

‘Parent Trap’ Campers: Where Are They Now?

Eleven years after the film’s release, Richardson hit her head during a ski lesson in Montreal, Canada, and later complained of having a headache. She was rushed to Lenox Hill Hospital in New York and was pronounced dead at age 45. 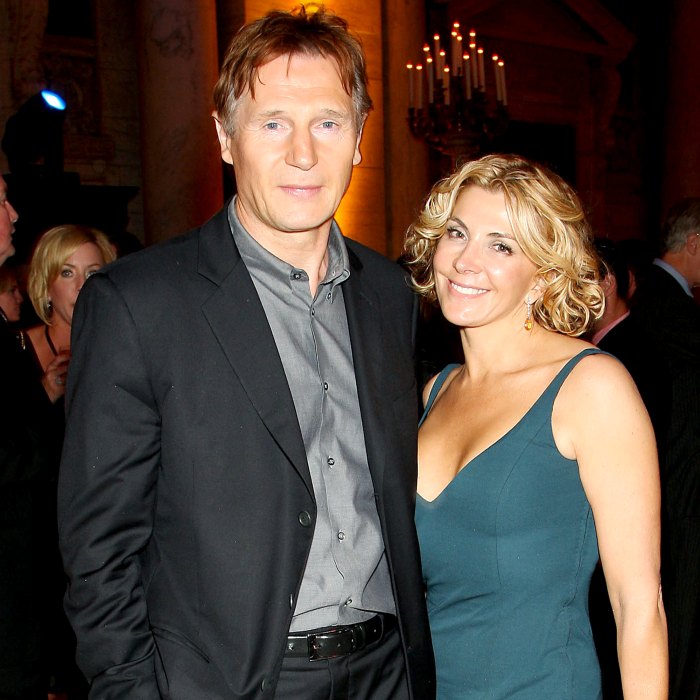 Liam Neeson and Natasha Richardson at ‘The Chronicles of Narnia: Prince Caspian’ film premiere after party on May 7, 2008 in New York City. Marion Curtis/Starpix/Shutterstock

“They were truly and deeply in love. And she was crazy about her kids and in her trailer, she had pictures of them up. And we would go in her trailer at the end of the day and have the Cakebread together,” Hendrix recalled. “She was just a lovely human being.”

Richardson played Elizabeth James in the 1998 remake opposite Hendrix’s Meredith Blake. “Meredith [was the] icy side of femininity where Natasha was the elegant side,” she explained.” And then Chessy [Lisa Ann Walter] was the nurturing side. And so we got to play these different faces of feminine characters.”

Dennis Quaid and Lindsay Lohan, meanwhile, played Nick Parter and Annie/Hallie, respectively, in the beloved movie. In 2018, Quaid, 67, looked back at his time with Richardson.

“Now you hit my heart. She was such a beautiful person, such a beautiful, beautiful person. Just none of that, that actor stuff, prima donna stuff. Someone easy to work with and such a great sense of humor,” he exclusively told Us at the time. “When that accident happened, it just devastated me and so many other people. She had such a beautiful love, married life with Liam, and two beautiful boys. She always had a smile on her face when she came to work. That really affected everyone around her.”

Lohan, 35, for her part, more recently commemorated what would have been the late star’s 58th birthday. “Happy Birthday Angel ? #natasharichardson,” she captioned an Instagram photo of the pair from set.