Sarah Strohl, an executive assistant at Bob Ross Inc., told TMZ on Monday, February 15, that the company was “thrilled” by the 7-year-old’s efforts. In addition to inviting her to visit the Bob Ross Experience in Muncie, Indiana, the Joy of Painting star’s company is “looking to nurture” North’s talents. 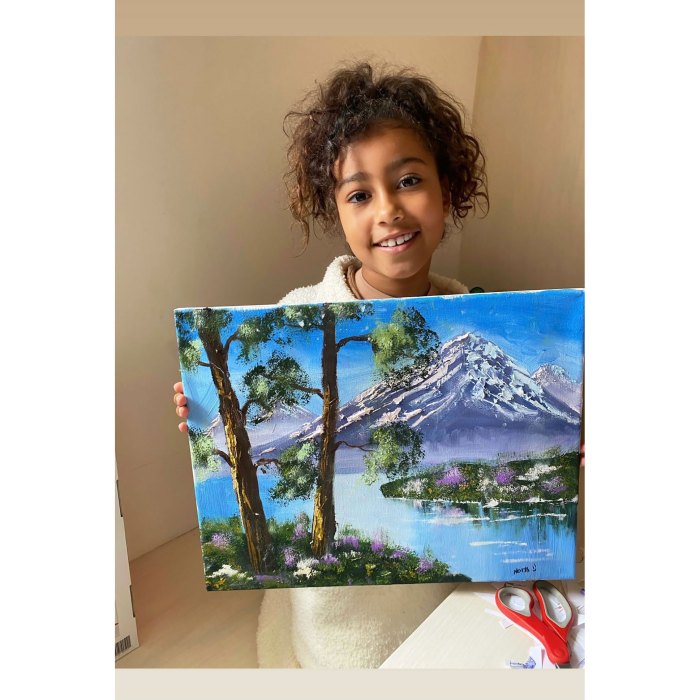 Earlier this month, Kim Kardashian and Kanye West’s eldest child made headlines after her mom posted a photo of North’s painting. “My little artist North,” the Skims founder wrote of the artwork, which showed a gorgeous lake scene surrounded by trees and mountains.

While North’s piece prompted speculation about whether or not she actually painted it, the art also garnered comparisons to Ross’ paintings.

Kardashian, 40, later defended North amid the social media chatter. “DON’T PLAY WITH ME WHEN IT COMES TO MY CHILDREN!!!” she wrote via her Instagram Stories on February 9. “My daughter and her best friend have been taking a serious oil painting class where their talents and creativity are being encouraged and nurtured. North worked incredibly hard on her painting, which took several weeks to complete. As a proud mom, I wanted to share her work with everyone.” 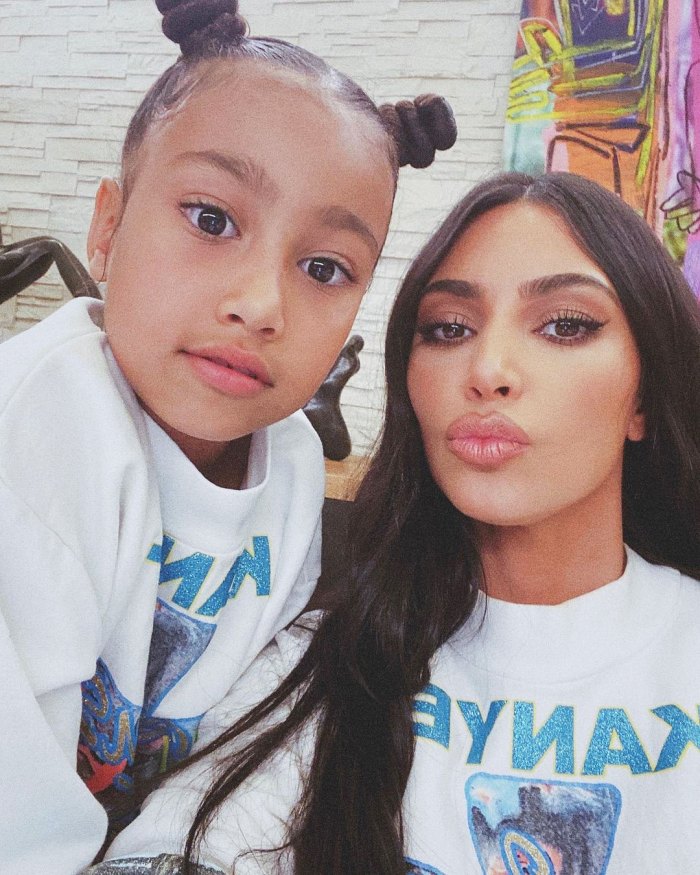 The Keeping Up With the Kardashians star continued, “I’m seeing op-ed pieces in the media and social media from grown adults breaking down whether or not my child actually painted this! How dare you see children doing awesome things and then try to accuse them of NOT being awesome!?!?! Please stop embarrassing yourselves with the negativity and allow every child to be GREAT!!! NORTH WEST PAINTED THAT PERDIOTDDDABCDEFGZFDT!!!!”

A TikTok user named Camryn Frederickson claimed that her mom, Celeste Astor Frederickson, instructed North on how to paint the viral portrait.

“My mom taught me how to paint this and she taught North how to paint the same one just two weeks ago,” Camryn explained while sharing a similar painting that she completed as a child. “She’s been an art teacher for 30 years and everyone that comes through her classes goes through this exact same painting when they’re starting out.”

Kardashian has often gushed about North’s intelligence and creative side. “She’s really really smart, actually. She knows how to outsmart us — or she thinks she does,” she said on The Ellen DeGeneres Show in 2017. “But she is Kanye’s twin. Same personality, says the same wild things. Those two.”

The KKW Beauty mogul also shares Saint, 5, Chicago, 3, and Psalm, 21 months, with West. A source revealed to Us Weekly on February 4 that the estranged pair are going through the “hardest part” of their separation.

“There is no communication between them right now. They’re living as a divorced couple,” the insider said. “Kim’s only concern is her kids and her family. Her friends were sure she would file [for divorce] by now. It could happen any moment.”