TYSON Fury may be worth multi-millions but he still loves a classic dinosaur-shaped dinner.

The boxing legend, 34, uploaded a video of his chips and turkey dinner and wife Paris, 32, was quick to playfully slate him for it. 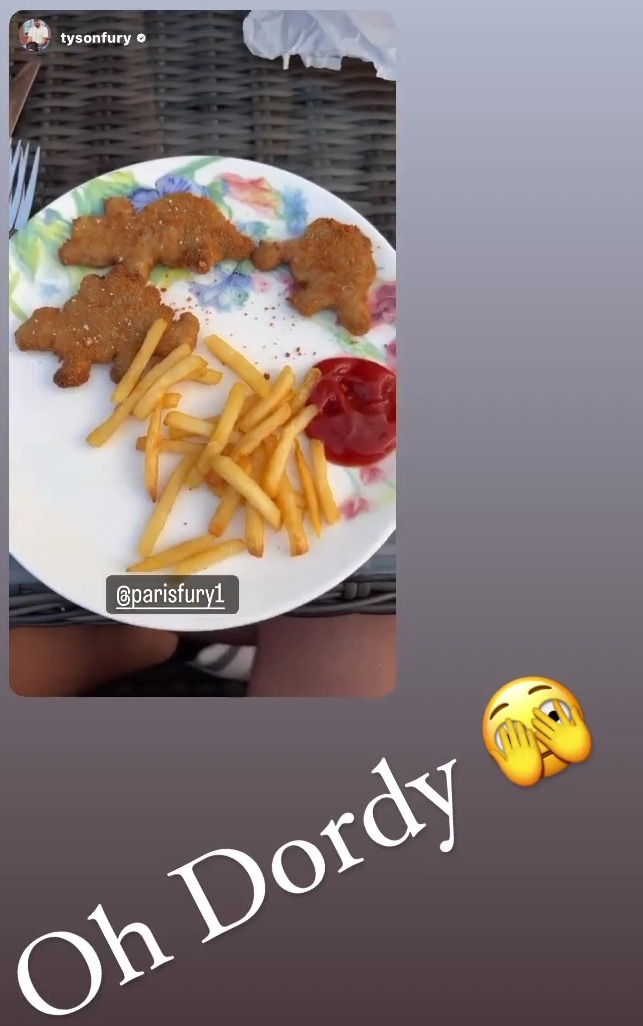 “Turkey dinosaurs and chips, one of my favourite meals in the world.

Paris was quick to respond on Instagram to her husband’s meal of choice, and said: “Oh dordy” with an emoji of hands covering a face. 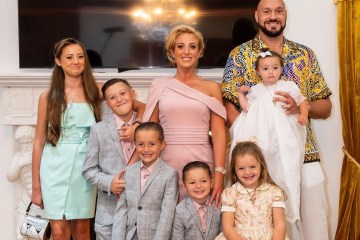 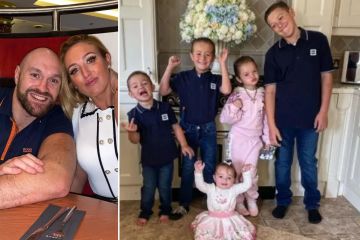 Fury announced his retirement in April after knocking out Dillian Whyte at Wembley, in his first UK fight in four years.

After months of speculation, he recently claimed that he was coming back for an unlikely trilogy with Derek Chisora, 38, who he already beat in 2011 and 2014.

The fight was believed to be targeted for Wales in December, but Fury has since appeared to suggest it is now off.

He said: “The funny thing is people love to do deals and then ask for more and then change the goalposts.

The family live in a £550k Morecambe house and were recently all pictured together as they celebrated baby Athena’s christening.

But Paris cleared up the rumours last month and insisted that she is not pregnant.

And during a recent appearance on ITV show Loose Women, the 32-year-old told how she and Tyson will not be adding to their brood just yet following the traumatic birth of Athena. 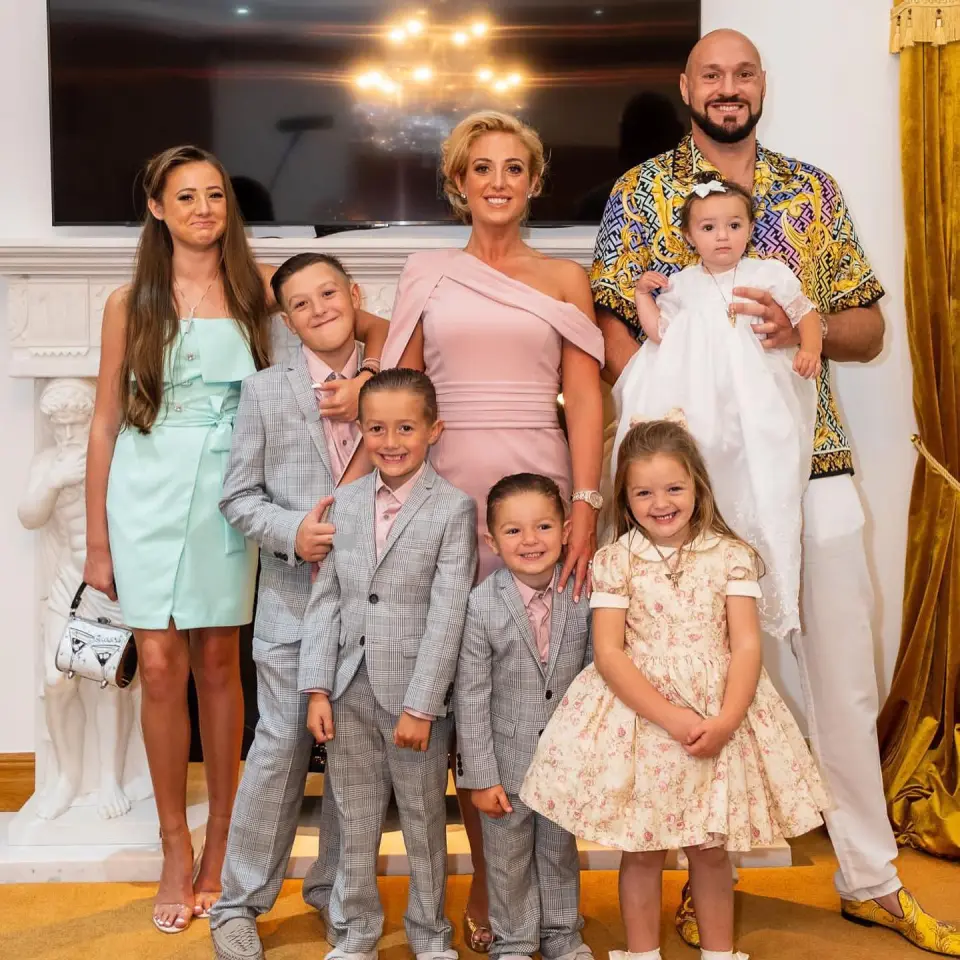