Always in their hearts. Paul Walker’s daughter, Meadow, paid tribute to the late star on the seventh anniversary of his death on Monday, November 30.

“A silly day to remember in sadness,” the 22-year-old wrote via Instagram alongside a photo of herself sleeping on Walker’s lap as a kid. “Today’s a celebration of the love and happiness you brought to the world. Here’s a photo of my best bud & I napping.”

The Eight Below actor died in November 2013 at the age of 40 after the Porsche Carrera GT he was riding in crashed into two trees and a concrete lamppost before bursting into flames. He is survived by Meadow, whom she shared with ex-girlfriend Rebecca Soteros. 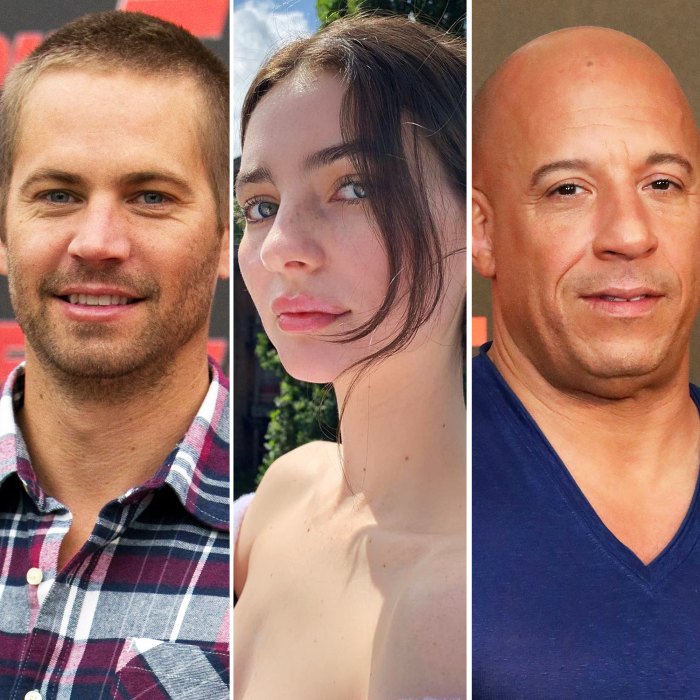 Walker’s Fast and the Furious costars Vin Diesel and Jordana Brewster both honored the late actor on Monday as well.

“Seven years … Not a day passes … All love, Always,” Diesel, 53, captioned a black-and-white photo of him and Walker at an awards show.

“We love you Meadow! We love you and miss your father everyday,” Gibson, 41, wrote. “Prayers love and light to you angel….. I know none of this has been easy especially days like this….. -Uncle Ty.”

Emmanuel, 31, added: “We miss him so much. Of all the things he gave to the world……. You are the most beautiful of them all!”

Earlier this year, Walker’s She’s All That costar Rachael Leigh Cook spoke to Us Weekly exclusively about the late star’s brilliance onscreen.

“Paul’s an excellent actor. People don’t say that enough, because they’re sort of blinded by how just absurdly attractive he was,” Cook, 41, told Us in August. “He was just a movie star. … The funny thing about Paul is that a lot of actors, I don’t know how to put it without selling us all down the river, but we seem like actors. You know what I mean?”

The Josie and the Pussycats actress explained that Walker was not like other actors, saying he was “way more” than that.

“His energy would just sit under everyone else’s and you could tell that he was thinking and engaged, but he had this vibe about him that he would rather be surfing,” she added. “He was athlete-level cool. Yeah, way cooler than the rest of us.”

Since his untimely death, Meadow and many of Walker’s friends and loved ones have continued to honor him and his spirit.

In April, Meadow shared a never-before-seen video of her dad that showed a moment when she surprised the Varsity Blues actor on his birthday.

“I never thought I’d share this. But it felt right,” she wrote via Instagram at the time. “Be good. I love you. Stay safe. Xx.”

In the home video, a young Meadow pops out of nowhere to both scare and surprise Walker who was on set filming a movie. “You just scared the hell out of me! What the hell are you doing? No way!” he yells before hugging her.

Meadow has also carried on her father’s legacy with the Paul Walker Foundation, which focuses on protecting the oceans, wildlife and humankind.