A mother’s love. Barbara Weber shared a supportive message for her son Peter Weber after he confirmed that he and Kelley Flanagan had called it quits.

“Love can be fickle and it is not for the timid,” Barbara, 63, wrote in a comment beneath the pilot’s Thursday, December 31, Instagram reveal. “Those who have experienced it know this all too well. But it is better to have loved and lost than never to have loved at all.”

The mother of two continued: “Our hearts ache for you two. Kelley will always have a piece of our hearts and we wish her only the best. Mom and Dad.” 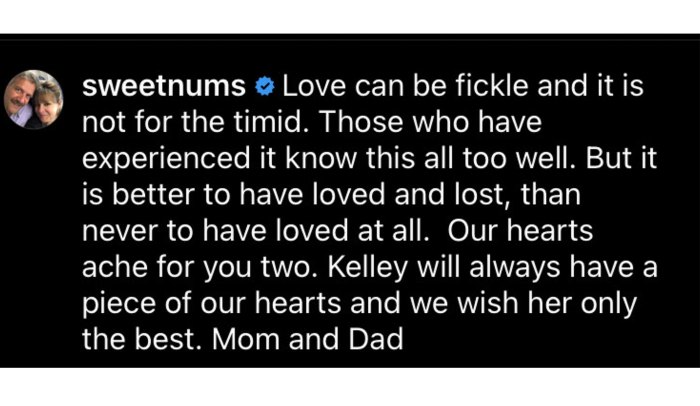 Peter, 29, announced via social media on Thursday that he and the lawyer, 28, had split after less than one year of dating. Us Weekly confirmed in April 2020 that the pair had started dating again after previously pursuing a romance on season 24 of The Bachelor. Their relationship blossomed shortly after Peter called off his engagement to Hannah Ann Sluss and split from runner-up Madison Prewett.

“Love is a funny thing. It can make you feel on top of the world and it can make you feel a pain you wish didn’t exist. I’m here to share that Kelley and I have decided to go our separate ways. While our relationship was filled with countless beautiful memories, our relationship simply didn’t work out in the end,” the former Bachelorette contestant wrote. “Kelley is someone I will always have a special love for. Someone I have learned more from than she will ever understand. Someone I am so thankful came into my life and someone who I will always wish all of life’s greatest blessings on.”

While Peter acknowledged that breakups “always hurt,” he noted that those feelings prove “it was worth the time you spent together.”

The exes previously had big plans for their future together, telling Chris Harrison in June 2020 that they hoped to move to the East Coast after the coronavirus pandemic cleared. 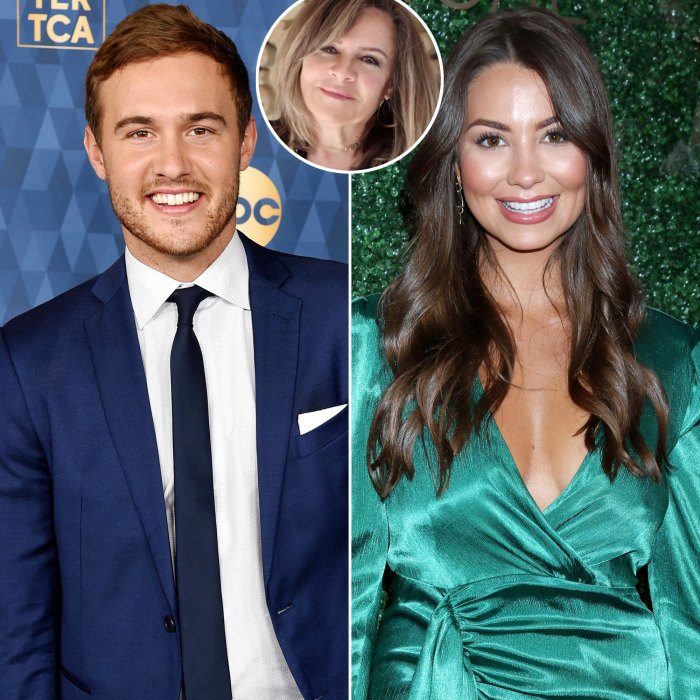 “We both have dreams,” Peter said during an episode of The Bachelor: Greatest Seasons — Ever. “We’d love to live in New York City for a little bit and get that experience, so hopefully, fingers crossed, that’s in our future. … It’s been great.”

One month later, the California native joked that he had a lot of apologizing to do after not choosing Flanagan as his No. 1 on the ABC dating series.

“Everything I put Kelley through … I’m still working to make it up to her for not picking her,” he told Entertainment Tonight at the time. “And I’m never going to stop. … We’ve just done a good job of reassuring each other and just explaining why I did things and owning up to my faults and just being a better person moving forward.”

During the season 24 Bachelor finale, Barbara was infamously critical of her son’s relationship with Prewett, 24, saying Peter would “have to fail to succeed” in finding love. However, she was quick to approve of his rekindled romance with Flanagan, writing via Instagram in May 2020 that their reunion was “serendipity.”