Princes William, Harry Have Began to Restore Their Fractured Bond

Prince William and Prince Harry have made a lot of strides since their falling out — but the two princes still have a long way to go, a source exclusively reveals in the new issue of Us Weekly.

“William and Harry’s fallout was very real, very ugly and incredibly intense,” the insider says. “They’d reached an impasse, there was so much mud under the bridge and a lot of people felt their feud was beyond repair.” 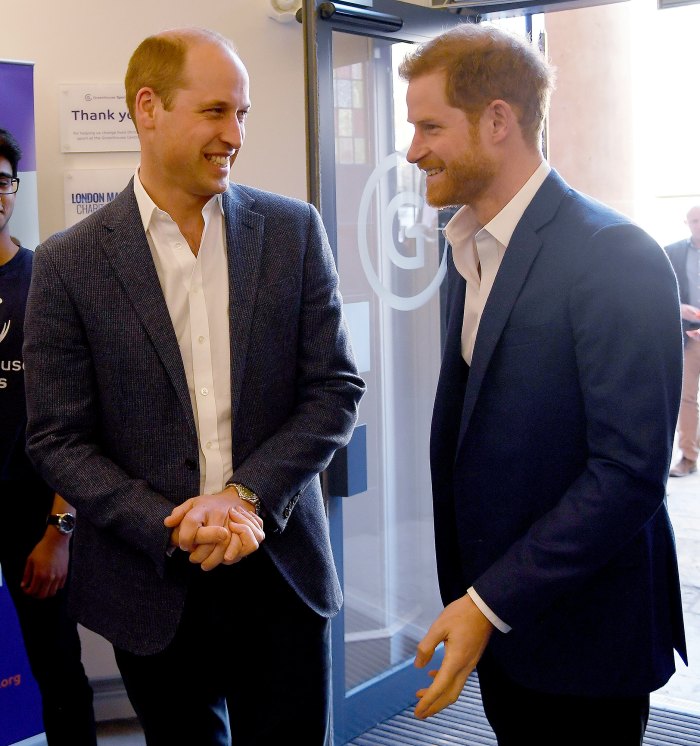 Harry, 36, confirmed he and William, 38, were on “different paths” in 2019. Things escalated between the brothers when Harry and wife Meghan Markle stepped down from their senior royal duties in January 2020 and relocated to California with their 19-month-son, Archie.

“It’s certainly been a roller-coaster for everyone involved, especially the brothers, who are vowing not to let things get this out of hand in the future and have learned a lot from this difficult experience,” the insider explains, noting that there has been “a lot of rejoicing” from family, including Queen Elizabeth II, as the brothers take steps toward reconciliation.

The insider added that William and Harry “are looking forward to spending time together in person the moment it’s safe to travel,” noting they will likely reunite in England. “But at some point in 2021, the Cambridges will travel to Santa Barbara and see the Sussexes on their new home turf.”

According to another source, Harry and Meghan, 39, are doing well as they renovate their Montecito home — and recover from her July 2020 miscarriage.

“2020 was a huge game-changer for Harry and Meghan and it came with its ups and downs — the stress of announcing their departure from the royal family, moving three times, dealing with the pandemic, making huge business decisions, setting up Archewell, coming to terms with the miscarriage,” the source told Us. “It’s brought them closer together and made them a stronger couple.”

For more on William and Harry, watch the video above and pick up a new issue of Us Weekly, on newsstands now!