The former Southern Charm star, 37, said the cast discussing her husband’s rumored affair on camera felt like a “punishment” for her walking away ahead of season 7, explaining on the “Reality Life With Kate Casey” podcast on Friday, February 5, that “they were ticked off I left.”

Eubanks continued: “I think it was perhaps a way they thought I would come back to defend him. Because if there is one thing you can get me on, what’s the most precious to me is my marriage.” 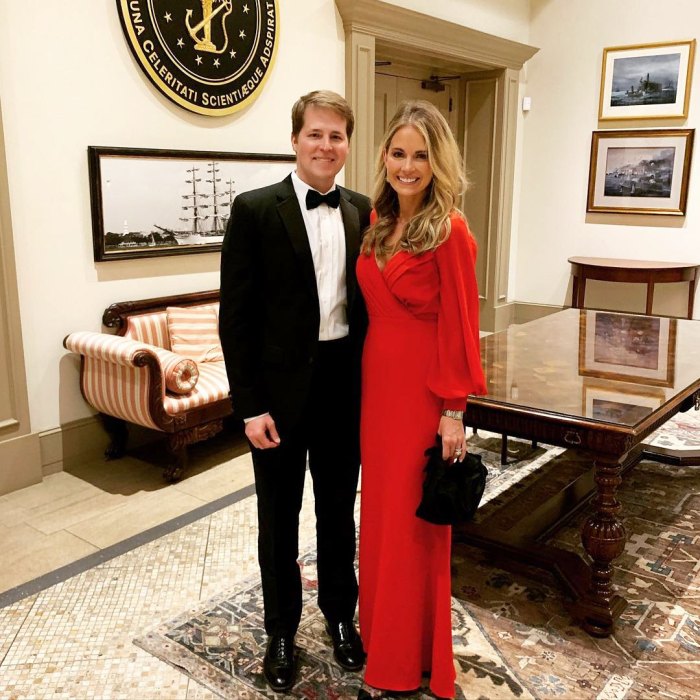 The One Day You’ll Thank Me: Essays on Dating, Motherhood, and Everything In Between author revealed that one of the producers called her after the story came to light and asked her, “Aren’t you going to show up? Aren’t you going to come to this party tonight to defend Jason?” to which she replied, “Are you kidding me?”

She continued: “I could see through what was happening. … So then I thought, ‘Damn, was this maybe a way to get me to show up and film,’ because they figured, well, surely she’s going to come back and defend Jason.”

The Real World: San Diego alum noted that her husband, who she married in 2014, was always rooting for her to continue to do the show, which is why she was so hurt about how he was portrayed on season 7.

“Poor Jason’s name was drug through the mud,” she explained. “It happens. It’s part of the machine that is reality TV.”

Eubanks, who shares 3-year-old daughter Palmer with Wimberly, said that producers tried to get the doctor to be on camera over the years, but he never wanted to do it. She claimed that her future on the show was threatened more than once when her husband declined to appear on camera.

Despite all the negatives, Wimberly always had Eubanks’ back and watched her on the show.

“He loved it. That’s what’s so sad that they did him so wrong. He was so supportive,” she said. “Jason was actually the one who was like, ‘No Cam, you’re so good at it. It’s been positive for you.’ He was my biggest cheerleader. He just didn’t want to be on it. He’s actually friends with a lot of people that are on it.”

Eubanks was part of the original cast of Southern Charm, which debuted in 2014. She was on six seasons before announcing her departure in May 2020. At the time of her exit, rumors surfaced that Wimberly was having an affair — claims that both Eubanks and Wimberly shut down.

“My decision was made and given to Bravo months ago and had absolutely nothing to do with ridiculous and fake rumors about my marriage,” she wrote via Instagram at the time. “Please disregard any fabricated rumor. It’s a ploy for ratings and that’s it.”

The South Carolina native exclusively told Us Weekly earlier this month that she made her decision to walk away “before the rumors and all that started. Everybody tries to make it about that, but it wasn’t.”

Eubanks revealed that she hasn’t really watched the show since she left and hasn’t spoken to Kathryn Dennis, who was accused of beginning the cheating speculation. “I never talked to her about it. You know, I ultimately let it go,” she told Us.

As for a Southern Charm comeback, you can count her out. “I think that chapter is closed,” Eubanks said. “To be honest, I feel like I don’t fit anymore in the mix. It started to feel a little forced for me and just inauthentic.”

Bringing Up Bates’ Nathan Bates Is Married to Esther Keyes