New pup on the block! Reese Witherspoon added another puppy to her family, two months after getting dog Minnie.

“Welcome to our family, Major! #lovemylab,” the Morning Show star, 44, wrote via Instagram on Friday, January 15.

The Walk the Line actress shared a photo of the black Labrador sitting on the grass, looking up at the camera with a new collar and what appeared to be a plaid bow tie attached to it.

Witherspoon also shared a snap of the little guy on her Instagram Story, writing, “The newest member of the family, Major!❤️.” The photo of him lying in the grass was accompanied by the song “ily (i love you baby)” by Surf Mesa playing in the background.

Major is the second puppy the Witherspoon clan has added to their squad in two months. The Draper James founder announced the arrival of French bulldog Minnie Pearl, named after the country legend by the same name, in November 2020, after the passing of the family’s other French bulldog, Pearl.

“Welcome to the family little one❤️,” Witherspoon captioned an Instagram photo of the new bulldog, who has white fur with black spots. 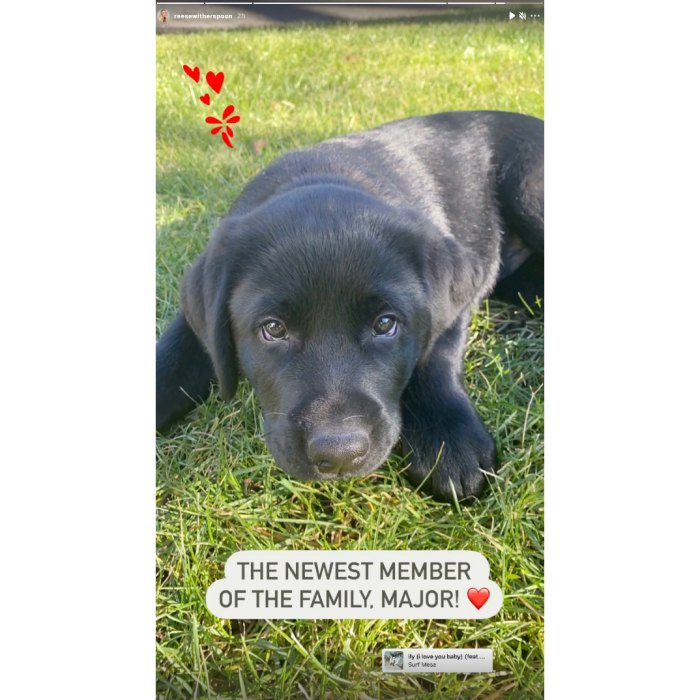 Two weeks prior, the A Wrinkle in Time actress shared the news of Pearl’s death in October, writing, “My goodness, she was such a loyal and devoted family member. I am so heart broken, but I am also deeply grateful for all the love and comfort she brought our family.”

She added: “Now she’s in dog heaven where all great pets go. Chasing tennis balls, running through open fields of wild flowers and being the Queen that she is. That’s what I believe. ?? ? We will always love you, Pepper.” 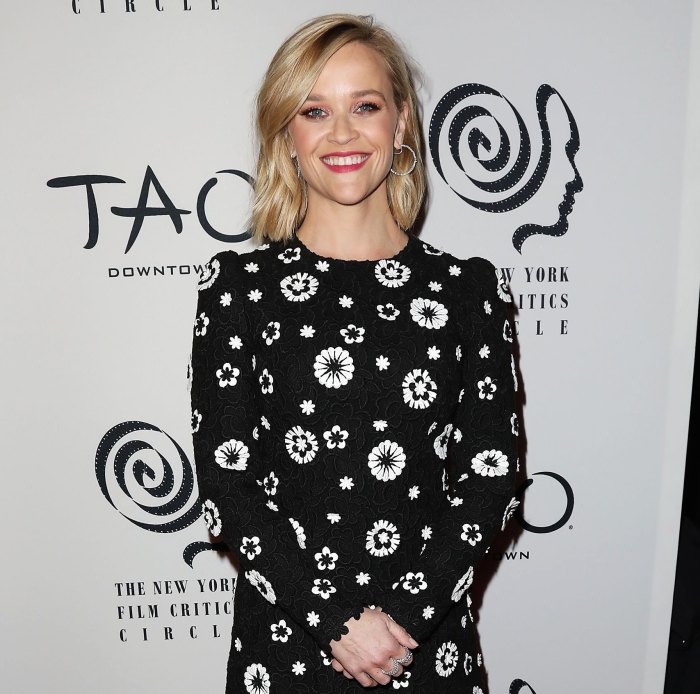 “What a wild & bittersweet week. The day we lost Pepper just so happened to be the day I brought this sweet boy home with me,” Ava, 21, wrote via Instagram at the time. “He is the happiest, smartest boy, and I’m so grateful to be his person. I cannot wait for him to perfect his manners and become his full, goofy self as time goes on!”

The Legally Blonde actress is also mother to son Deacon, 17, with Philippe, 46, and son Tennessee, 8, with husband Jim Toth.