Heating up! Rihanna and A$AP Rocky were spotted together in New York City on Saturday, November 29, amid multiple reports that the pair are rumored to be dating.

The “Umbrella” singer, 32, and the “Everyday” rapper, also 32, were seen out with a group of friends at the Beatrice Inn on Saturday, The New York Post’s Page Six reported on Monday, November 30. The pair were seated behind a curtain as they dined. 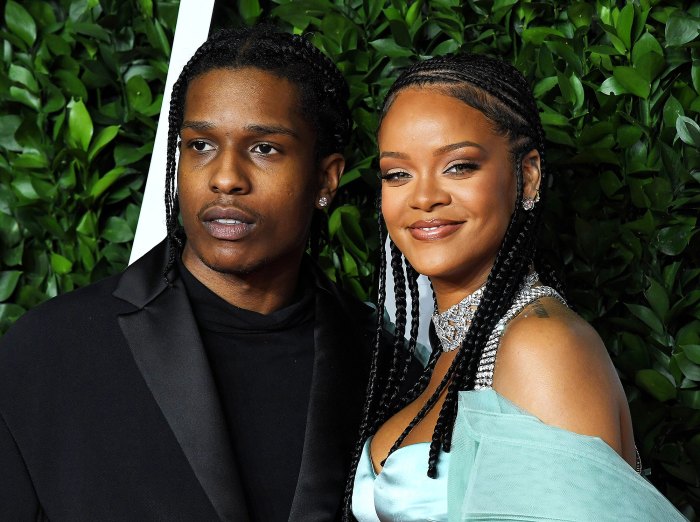 The musicians sparked relationship speculation nearly one year ago in December 2019 when they posed together on the red carpet at the Fashion Awards at Royal Albert Hall in London. The couple later celebrated New Year’s Eve together at the Edition Hotel in New York City.

The following month, the Fenty Beauty founder supported Rocky (real name Rakim Mayers) at his Yams Day Benefit concert in Brooklyn, where she was also seen hanging out with her ex-boyfriend Drake.

The Ocean’s 8 actress most recently dated Hassan Jameel. Us broke the news in January that the pair split after nearly three years together.

A source exclusively told Us in February that the Grammy winner and Rocky were “hooking up” after Rihanna split from the Saudi businessman.

“They’re having fun and have always had chemistry,” the insider said.

A second source told Us that the “Praise the Lord” rapper has “always thought Rihanna was cool and gorgeous” but never crossed the line because they were “very close friends.”

The pair has since starred alongside one another in Rihanna’s Fenty Skin campaign, which launched in July.

The following month, the duo critiqued each other’s most memorable red carpet looks for a GQ video.

The “F—kin Problems” rapper identified his favorite look of Rihanna’s as the mint-green ensemble she wore to the 2019 British Fashion Awards. He said the outfit was “fire.”

Rihanna was previously linked to Chris Brown, who pleaded guilty to assaulting her in 2009. She then dated Drake, 34, on and off until 2016.