Ryan Dorsey paid tribute to his late ex-wife, Naya Rivera, on the one-year anniversary of her funeral.

“Today…A year ago we laid you to rest. I still can’t believe it. The year has flown by, so fast that it doesn’t seem like it’s been a year at all,” Dorsey, 38, wrote to Rivera via Instagram alongside a collage of photos of their son Josey and his mother on Saturday, July 25.

He started by telling the Sorry Not Sorry author about their son, 5. Josey is “inquisitive” but “sweet” and “so funny,” and he is a happy, smiling little boy. Dorsey said he’s coping well in the wake of losing his mother. “He’s doing ok. He’s such a resilient strong kid,” the Big Sky star explained. “He misses you but knows he’ll see you again, and the invisible string is something that’s helped us out during this ever-evolving transition of your time with us on earth that was unfairly & for reasons we’ll never understand cut short…too soon…”

The Invisible String is a 2018 children’s book by Patrice Karst that conveys the idea that an invisible string of love connects everyone to the people they are closest to, even when they’ve died.

“July will probably always be a strange and difficult month in the years that are hopefully plentiful in the future…still hard to see photos, still haven’t been able to read or watch anything…as the years go by strength will be on my side as I will share the memories with what is the brightest star of your legacy lefton this earth, our beautiful son, Josey,” Dorsey continued in his caption.

The single father explained the photos he chose. The largest photo shows Josey smiling and giving a thumbs up while photos of him and the Glee alum were pasted around him. He knows Rivera would love the recent snapshot. “The thumbs up…only [seemed] right. I remember the first time he did it back to you,” the West Virginia native recalled. “At jujitsu, you gave him a thumbs up and he returned the gesture…it was so sweet. Maybe it’s silly and doesn’t make sense to be doing this on IG and putting this out there, but so is this whole thing. So there’s that…”

The Yellowstone actor assured Rivera that he isn’t the only one caring for Josey. The late actress’ surviving family members have been part of his life as well, and there are plenty of people to help him. “Fly high, Rest In Peace, knowing he’s doing ? ok…he’s being raised right, and he’s got a lot of family and people around him that love him, and you. ????” Dorsey continued.

He wrapped up his tribute with a message of hope “for everyone out there that’s gone through similar events of loss.” He explained that he knows not much helps heal huge losses but encouraged others in mourning to “keep going.”

“We know some days are better than others…but know our hearts and energy are with you. We keep going, because that’s all we can do while being as strong as we can be. ?❤️❤️❤️❤️” 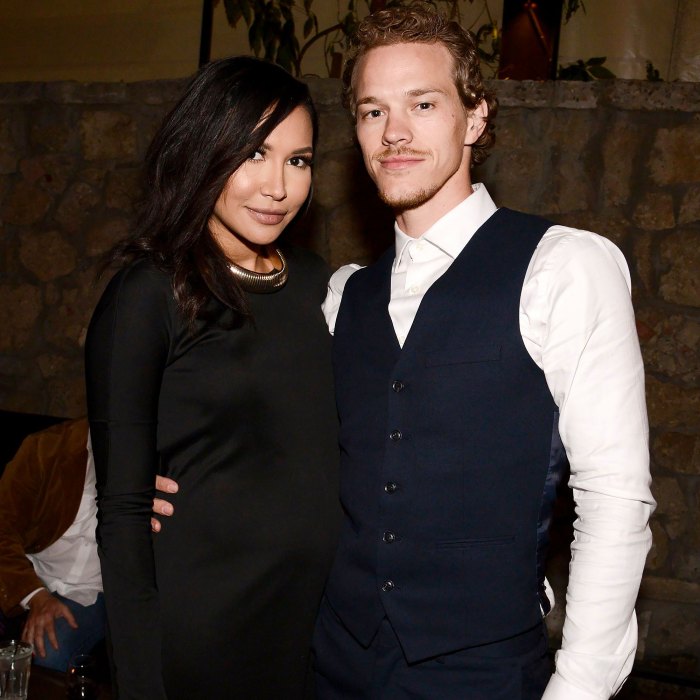 The Glee alum died in July 2020 at age 33 following a boating accident at Lake Piru in California. Us Weekly confirmed that police officers conducted a search for the actress after she was late to return a pontoon boat rental. Rivera was reported missing after a boater found her now-5-year-old son, Josey, asleep on the boat by himself.

“It is believed that Naya and her son were swimming in the lake near the boat and as they were getting back into the boat, her son made it into the boat and Naya went underwater and did not resurface,” the Ventura County Sheriff’s Department told Us at the time.

Days after the actress was declared missing, authorities recovered her body.

Sheriff William Ayub revealed during a press conference at the time that Josey told the department officials on duty that his mother helped boost him into the boat after they went swimming in the water. He looked back and saw her disappear underneath the surface.

Dorsey penned an emotional tribute to Rivera weeks after her death, writing via Instagram last summer, “This is so unfair…there’s not enough words to express the hole left in everyone’s hearts. I can’t believe this is life now. I don’t know if I’ll ever believe it. You were just here… We were just in the back swimming with Josey the day before. Life just isn’t fair. I don’t know what to say…”

Dorsey continued, “I’m thankful for our times and our journey that brought us together and gave us the sweetest and kindest smart little boy we could ever hope for. I remember sometimes you used to get annoyed at me: ‘Ryan can you stop snap chatting!’ Haha. I’m glad I didn’t listen to you because I have hundreds and probably thousands of snaps and videos that Josey will have forever and know his momma loved him more than life, and how much fun we had together as he was growing up. Life is all about good times and bad times but with Josey it makes the bad a little less so because a part of you will always be with us. He’ll never forget where he came from. We miss you. We will always love you. Love you Meep.”

Earlier this year, on the family’s first Mother’s Day since Rivera’s death, the Station 19 alum shared a thoughtful message alongside a photo of Rivera and their son. “We can’t say the word happy but we’ll say thank you for being a mother & giving me this sweet amazing boy,” he wrote via Instagram.

Rivera and Dorsey were married from 2014 to 2018. While their divorce was finalized in June of that year, the duo continued to coparent Josey.