Williams, 39, fielded several questions about the 6-3, 6-4 loss during a postgame press conference. The athlete was first asked about how she placed her hand over her heart as the audience gave her a standing ovation despite losing. She, in turn, raved about how “the Aussie crowd is so amazing” and that “it was nice to see” their support. A second reporter piggybacked by asking whether that moment signaled her farewell from the sport, to which Williams laughed and replied, “I don’t know. if I ever say farewell, I wouldn’t tell anyone.” 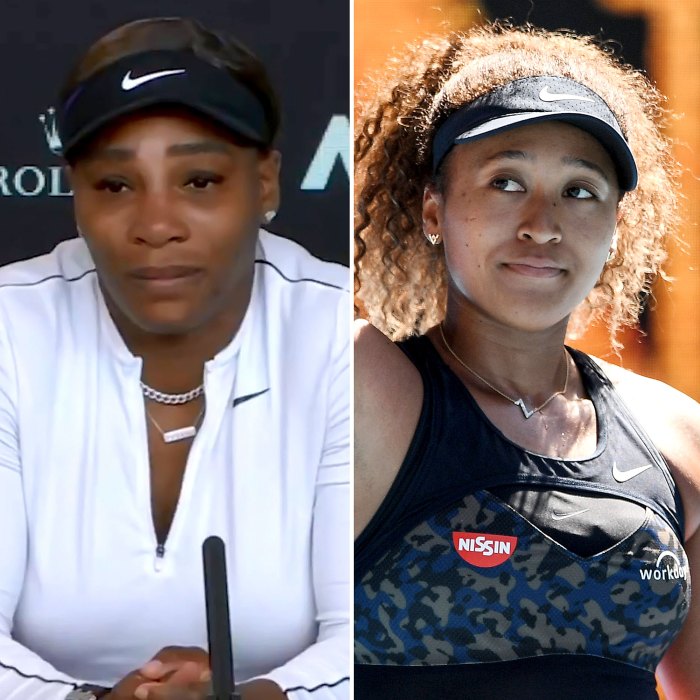 Though she appeared to be OK at first, Williams started tearing up after a third press person questioned whether she had a “bad day at the office.” She initially replied, “I don’t know” before getting choked and standing up to exit. “I’m done,” she said through tears.

After answering questions about her future, Serena Williams gets emotional and leaves the room. pic.twitter.com/5zTrOvuor0

The designer later took to Instagram to address her fans directly about the loss. “Melbourne and my Australian fans — Today was not an ideal outcome or performance but it happens,” she captioned her post on Thursday, February 18. “I am so honored to be able to play in front of you all. Your support — your cheers, I only wish I could have done better for you today.”

Williams previously lost to Osaka, 23, while competing in the U.S. Open final in September 2018. During the match, the Michigan-born athlete was penalized for receiving coaching signals, breaking her racket and accusing the game’s umpire of being a “thief.” 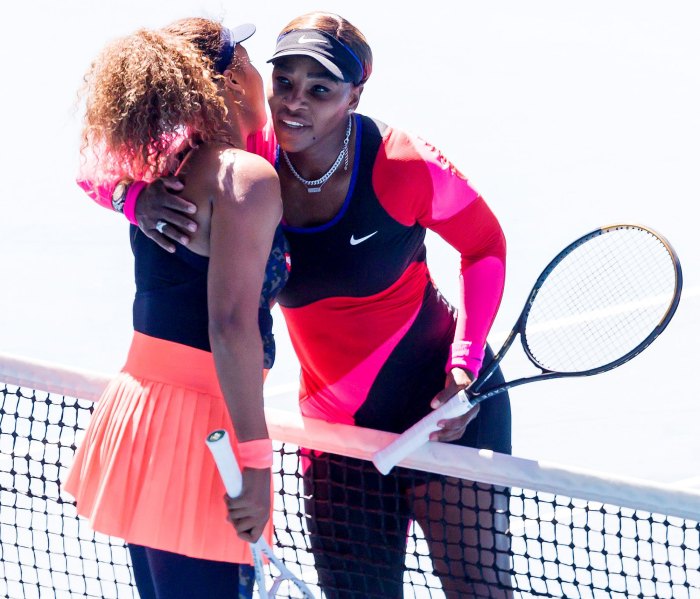 Serena Williams hugs Naomi Osaka after losing to her in the Women’s Semifinal match at the Australian Open on February 18, 2021 in Melbourne, Australia. Sydney Low/CSM/Shutterstock

“I’ve seen other men call other umpires several things,” she said at a postgame press conference at the time. “I’m here fighting for women’s rights and for women’s equality and for all kinds of stuff. For me to say ‘thief,’ and for him to take a game, it made me feel like it was a sexist remark. He’s never taken a game from a man because they said ‘thief.’ For me, it blows my mind. But I’m going to continue to fight for women.”

Williams made her return to the sport earlier that year after welcoming her daughter, Alexis Olympia, with husband Alexis Ohanian in September 2017. In recent months, the tennis champion has shared footage of the couple’s little one trying her hand at tennis.

“I signed Olympia up for tennis lessons,” she revealed via her Instagram Stories in October 2020. “Don’t start with me, because I’m not giving her tennis lessons, but I signed her up for some. But the lady had no idea that it’s my daughter, so we’ll see how that goes.”

The athlete told Yahoo! Entertainment in January that her daughter “likes it” so far, adding, “She’s good at twirling when she hits the ball.”