Standing by her man. Shailene Woodley showed support for Aaron Rodgers amid drama with his football team, the Green Bay Packers.

The Big Little Lies star, 29, seemingly revealed her feelings regarding the situation by retweeting a video from ESPN commentator Stephen A. Smith on Tuesday, July 20. In the video, Smith called out any football experts who were angry at Rodgers, 37, for reportedly wanting to leave the Packers.

“It’s not just about the money, and it certainly isn’t about football. … This is about the way that the Green Bay Packers have treated their star player,” the ESPN personality said in the clip. “They have disregarded him, they have dismissed him, they have minimized him, they’ve disrespected him. And he said, ‘Bump, y’all, enough’s enough.’”

Smith’s video came after an ESPN article alleged (per sources) that Rodgers turned down an offer from his team that could’ve made him the highest paid quarterback in the NFL, as well as extended his contract for five more seasons.

Reports that the California native is unhappy in his current role have been circulating for a while. In May, Rodgers spoke about the standoff with his team during an appearance on SportsCenter, noting that he doesn’t have a problem with any team members — more so the team’s “philosophy” as a whole.

“[I] love the coaching staff, love my teammates, love the fan base in Green Bay. An incredible 16 years,” he said. “It’s just kind of about a philosophy and maybe forgetting that it is about the people that make the thing go. It’s about character, it’s about culture, it’s about doing things the right way.”

In his Twitter video, Smith expanded upon Rodgers’ words.

“To watch and listen to people who are experts on the NFL, who know football back and forth … but are prideful, prideful men who would speak eloquently and ad nauseam about the need, the zest, the craving for respect — to act like you can’t comprehend what the hell Aaron Rodgers has been saying all of these months, this entire offseason, is beyond me,” Smith said. “He doesn’t want to be part of the Packers.”

Earlier this week, Woodley explained how she only finds football exciting when Rodgers is involved. 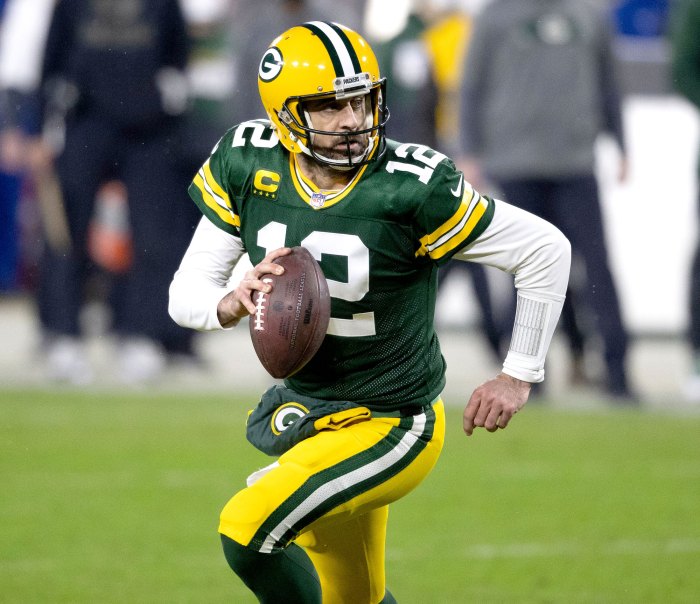 “I guess I haven’t felt any pressure to [learn football], but it’s exciting,” the activist said during the Monday, July 19, episode of Late Night With Seth Meyers. “The Packers games are the only ones I find really interesting because I have people to actually root for.”

Us Weekly confirmed in February that the athlete and the Divergent actress were a couple. Just days later, Rodgers announced their engagement during the NFL Honors ceremony, subtly slipping a shout-out to his “fiancée” in his acceptance speech.

Later that month, Woodley confirmed they’d been engaged “for a while” during an appearance on The Tonight Show Starring Jimmy Fallon.

“When we met, also, I knew he was a football guy, but I didn’t know like what kind of a football guy he was. And I’m still constantly learning,” she said, giving fans a peek at her engagement ring.