Armed and ready! Shanna Moakler is confident that ex-husband Travis Barker can handle whatever comes with dating Kourtney Kardashian.

“He’s my friend and coparent, and I want him to be happy,” she told the New York Post‘s Page Six on Friday, February 19. “And if being with her makes him happy, and she’s happy, I’m happy for both of them, honestly.” 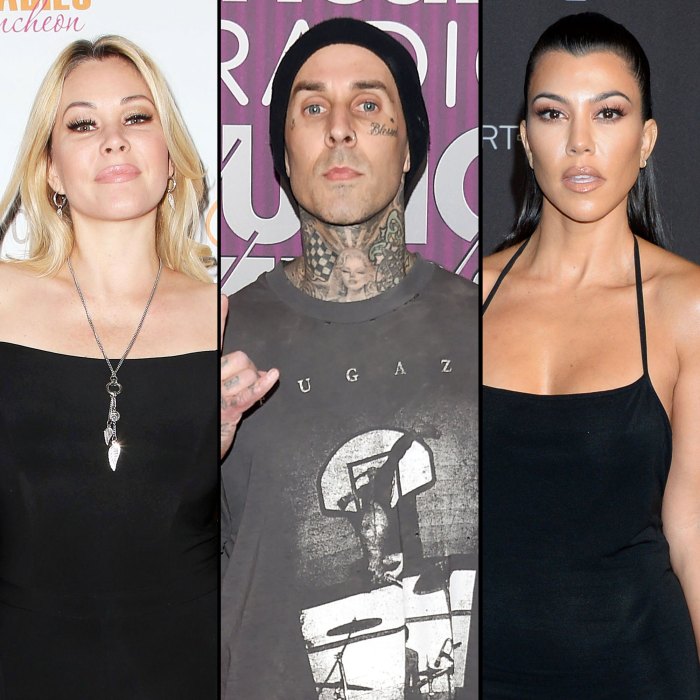 Moakler added, “He can handle that Kardashian drama.”

Her public comments come one day after she reportedly “liked” an alleged comment from a fan on Instagram about Barker downgrading by dating Kardashian. The actress posted a picture of herself in a white bra and matching skirt on Tuesday, February 16, with a lyric from Jessie Reyez‘s “Do You Love Her” as the caption.

“And I should Goodfella you, call me Karen, walking up to my Beretta,” the caption read.

E! News reported that a fan wrote, “Shhhhiiiii that broad don’t got nothin’ on you. Travis downgraded big time,” and Moakler “liked” the comment. The remark has since been deleted.

The musician and former Playboy Playmate tied the knot in October 2004 and share two children together: son Landon, 17, and daughter Alabama, 15. Barker filed for divorce from Moakler in August 2006. They continued seeing each other in the months that followed though. They eventually decided to follow suit with the split and their divorce was finalized in February 2008.

Barker moved on with Rita Ora briefly in 2015 before dating Kardashian — a longtime friend. Us Weekly confirmed the relationship in January with an insider revealing the duo had been dating “for a couple months” at the time. They made the romance Instagram official on Tuesday, February 16, sharing a photo of them holding hands after spending Valentine’s Day together.

The reality star shares children Mason, 11, Penelope, 8, and Reign, 6, with Scott Disick, whom she dated from 2006 to July 2015. The children played a big role in bringing Kardashian and Barker together, according to a source.

“Travis and Kourtney’s kids are very close,” an insider told Us. “They became friends living in the same neighborhood and hang out a lot. Their kids’ friendship had Kourtney and Travis spending a lot of time together.”