Social media guru to the rescue! Shannon Ford set the record straight about her lunch with Jay Cutler after the pair’s November 2020 outing turned heads amid his divorce from Kristin Cavallari.

Ford, who was fired by Cavallari, 34, as the social media director of Uncommon James during the season 2 premiere of Very Cavallari in 2019, made headlines for dining with the former NFL player, 37, seven months after his split from the designer.

“I wanted to be, like, the cool girl that was genuinely just like enjoying a drink with her friend and, like, Jay,” Ford, 27, said during the Tuesday, January 5, episode of Dear Media’s “Not Skinny But Not Fat” podcast. “So I was like, I’m not going to make this weird at all.” 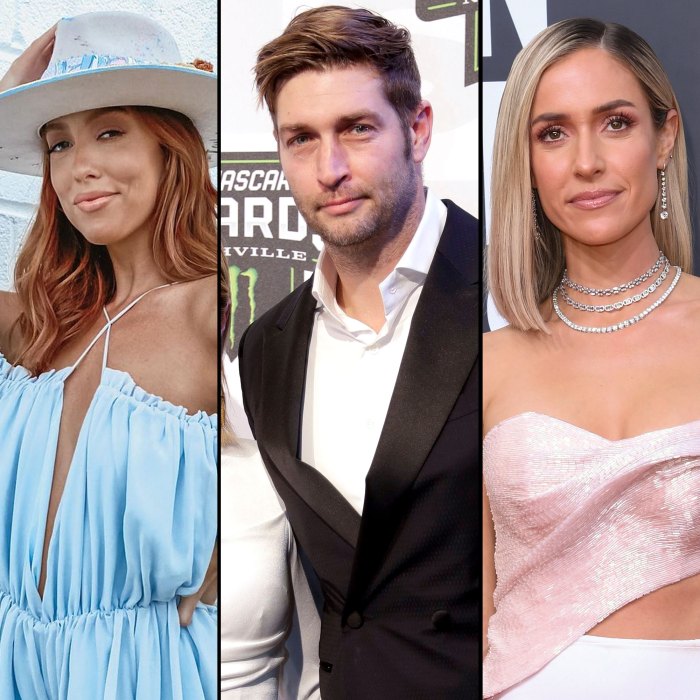 The influencer recalled Cutler trying to navigate Instagram during the pair’s lunch with their mutual friend Mark “Chuy” Block in Charleston, South Carolina. As he played around with the app, he accidentally took a video, which he later uploaded.

The “Probably” podcast host noted that when the former quarterback posted the clip “he knew it would be funny” but usually he “doesn’t give a f—k” about social media.

The duo received some backlash for their hangout with one user saying Cutler was being “Savage AF,” while another said it was “Petty AF” based on Ford’s past with his estranged wife.

The South Carolina native worked for Cavallari’s jewelry company before the reality series began, but their working relationship turned sour after season 1 of the show. Ford’s alleged poor job performance led to her being let go, and the two have not mended fences since she left.

Despite their drama onscreen, Ford shared on Tuesday that she was “sad” to hear about Cavallari and Cutler’s breakup in April 2020.

“I was very close to Jay and Kristin outside of working. The brand originally started in her home [in 2017], like, we were in her living room everyday working,” she recalled, noting that she saw them as very “good parents” throughout her time on the job. “I don’t know anything about like them together, but I only just viewed them as parents.”

She added: “There are three small children who have parents that are divorcing and that’s sad. I just genuinely mean that. That was, like, actually my thoughts on it. I’m sad — not sad if they don’t want to be together, then I’m happy that they’re figuring that out separately. But I’m sad that it’s very public and that they have children.”

The Laguna Beach alum and the former athlete called it quits after seven years of marriage in April 2020. They share sons Camden, 8, and Jaxon, 6, and daughter Saylor, 5.