“Honestly, after just hearing everything, like all the cards on the table, and, like, knowing Luke, [I’m] team Hannah,” Ciara exclusively told Us Weekly while promoting the season premiere.

Hannah, 29, and Luke, 36, hooked up during season 4 of the Bravo series. When Ciara, who has her own past with Luke, arrived at the Hamptons house as the season 5 newcomer, she quickly learned that she did not know their whole story. 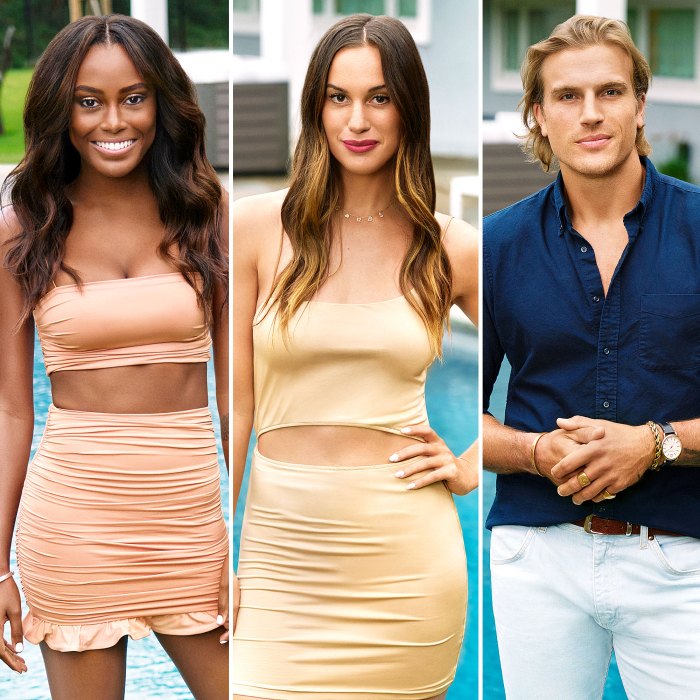 During the Thursday, February 4, premiere, fans learned that Hannah considered her relationship with Luke somewhat serious, claiming they dated for a few months, while Luke insisted it was just a fling.

“Luke definitely didn’t — I mean, typical guy stuff, they love to downplay. He definitely didn’t tell me the state that they left things off,” Ciara told Us. “Or maybe he just gave me his opinion and obviously left out some things, which we come to find out. They were definitely in two different spots, Hannah and Luke. So, it was kind of interesting to see that play out.”

Ciara noted that her opinion of Luke did not change after the truth came out about Hannah and Luke’s romance. She did, however, reveal that she did not want to “potentially” get caught up in a love triangle once she learned of their past.

“There was some heat,” she said, explaining that there wasn’t any real drama with Hannah while in the house.

“She’s just kind of, like, ‘We’re just laying everything out,’” Ciara said of the season 5 premiere conversations. “We already know there was some overlap in timelines from the previous summer. [So] let’s just [use] this is an opportunity for you to just kind of tell us the truth, you know?”

Hannah and Luke previously addressed their hookup on season 4 reunion in May 2020, saying they never officially slept together.

“I feel like things kind of trailed off, but not trailed off in a bad way,” Luke said at the time. “I love Hannah, and I genuinely care a lot about her. I can’t sit here and be like, ‘I’m in love with Hannah,’ but I love Hannah dearly.”

Hannah, for her part, admitted that she couldn’t trust Luke as “boyfriend material,” saying, “I can’t be worried about my man messing with other women all the time.”

Six months later, Hannah told Andy Cohen on Watch What Happens Live that she has “zero regrets” about her Luke hookup. “That man was put on this earth as a sexual object for women to enjoy,” she said in November 2020.

Hannah, who has been dating Des Bishop since summer 2020, also revealed that the pair “really respect each other” and are now on good terms.

Offering their condolences. Celebrities and filmmakers took to social media to send their love to the family of Halyna Hutchins,...