Proud of herself for moving on. Hannah Berner seemingly threw shade at ex-boyfriend Luke Gulbranson after their relationship drama played out on Summer House.

“Yea sex is cool but have you ever gotten out of a toxic situationship?” the 29-year-old reality star wrote in a screenshot shared via Instagram on Saturday, February 20.

Hannah then elaborated in her caption. “This last week, I’ve gotten so many vulnerable messages from people who have shared their stories of dealing with love bombing, gas lighting, lying, and narcissism. This happens at an alarming rate to women who are strong, smart, and talented,” she explained. “It’s not your fault and it is extremely difficult to get out of- especially when you are highly empathic. So I just want to say, PAT YOURSELF ON THE BACK and never look back.” 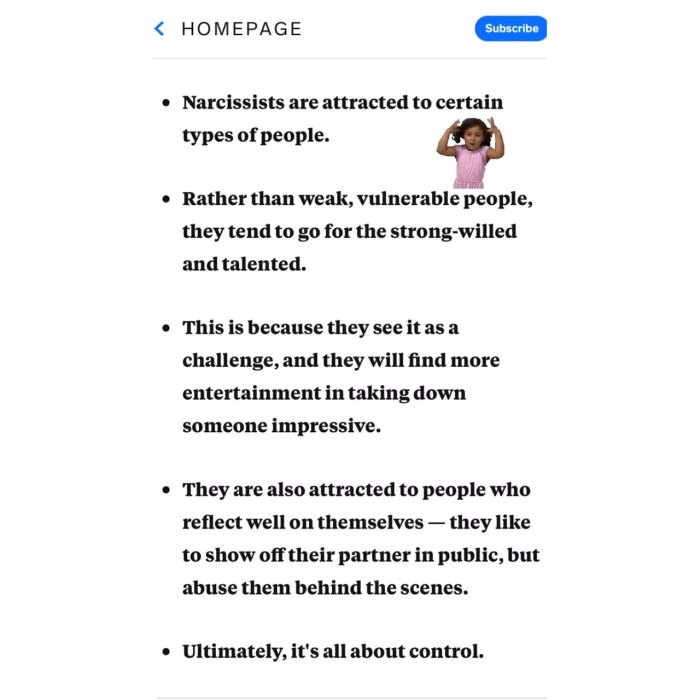 The Bravo star later shared a list of narcissistic qualities via her Instagram Story, including that narcissists “tend to go for the strong-willed and talented” since they “see it as a challenge” and “will find more entertainment in taking down someone impressive.” The bullet points noted that they “like to show off their partner in public but abuse them behind the scenes” as the situation is ultimately “all about control.”

Hannah and Luke, 37, hooked up during season 4 of Summer House in 2020. She claimed they dated for a few months, while he alleged their romance was nothing more than a fling. 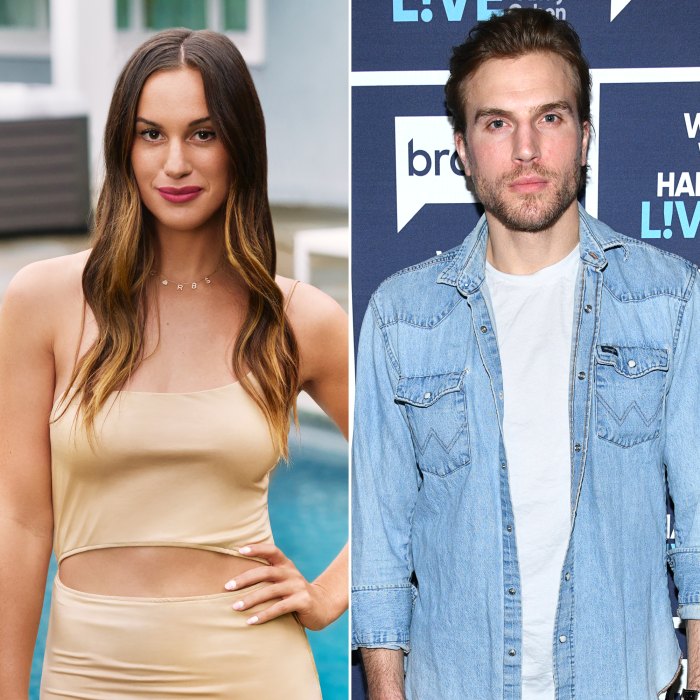 Ciara Miller then found herself in the midst of a love triangle with the pair in season 5, which premiered earlier this month. “I was feeling so many emotions [when Ciara showed up] because I knew I was locked in a house for the next six weeks,” Hannah exclusively told Us Weekly earlier this month. “I wasn’t mentally prepared for it, especially ‘cause he wasn’t giving me those kinds of signals up until that point.”

Hannah added that the relationship was “a summer romance that got a little more complicated.” Luke, for his part, maintained they were never serious.

“Hannah and I were friends [after season 4]. … We were very close friends, and we share a lot of things with each other. We talk a lot,” he told Us. “Maybe she thought it was something else, but I was under the impression that Hannah actually was seeing somebody and had been seeing people. And I was just treating her like a friend like I always had.”

Hannah has been dating Des Bishop since summer 2020. She joked to Us earlier this month that their 15-year age difference worries her: “It makes me nervous ‘cause I don’t want him to die.”