While playing a round of “Stracke the Odds” on Watch What Happens Live With Andy Cohen, the Bravo personality, 49, was asked about the chances that the model, 20, and the Keeping Up With the Kardashians alum, 38, will end up “going the distance” — and she didn’t hold back.

Disick and the California native were first linked in October 2020 when they attended Kendall Jenner‘s birthday party together. After months of speculation about their relationship status, the couple became Instagram official while celebrating Valentine’s Day in Miami. Despite naysayers’ comments, the pair are still going strong.

“Everything’s going well for them. Their relationship continues to grow as time goes on,” a source told Us Weekly exclusively earlier this month. “It’s hard to say where they’ll be a year from now, but judging by how it’s going, it can certainly be a long-lasting relationship.”

Fans of RHOBH have gotten to know Amelia and her sister, Delilah Belle Hamlin, over the years since their mother, 58, joined the cast in season 5. During a recent episode, the Days of Our Lives alum couldn’t help but be shocked by her daughter’s connection with Disick.

The actress and her husband, Harry Hamlin, “were skeptical at first” about the budding romance, a source told Us in March, “but seeing their daughter happy makes them feel better about their relationship.” 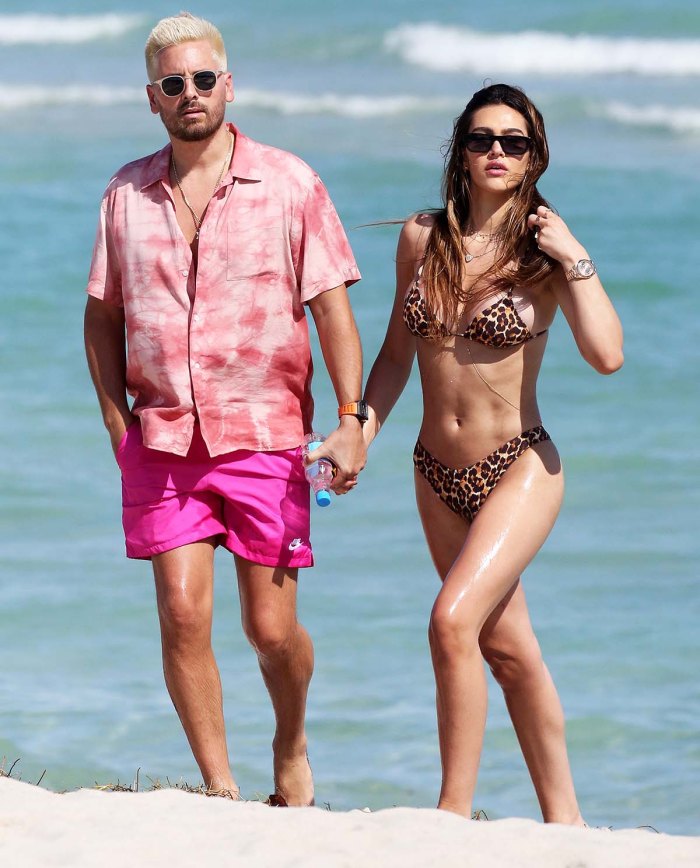 Disick is the father of sons Mason, 11, and Reign, 6, and daughter Penelope, 9, whom he shares with ex Kourtney Kardashian. The duo dated on and off from 2009 to 2015 and have continued to stay close after their split. Before his relationship with Amelia took off, Disick dated Sofia Richie for three years before calling it quits in August 2020.

During the KUWTK reunion, which aired after the series ended in June, the Talentless cofounder offered an explanation for why he seems to only date women who are much younger than him. (Amelia is 18 years his junior, while Richie, now 22, was still a teenager when she started going out with Disick.)

“Everybody gets this wrong that I look for young girls,” the Flip It Like Disick star claimed. “I don’t go out looking for young girls — they happen to be attracted to me because I look young. That’s what I’m telling myself.”

Amelia, for her part, has previously shut down “extra weird and judgemental [sic]” critics of the age difference between her and her beau.

“People can embrace themselves however they feel fit for them at that moment in time,” she wrote in an Instagram Story in December 2020. “People grow. People learn to love themselves more and more.”