Taylor Nolan has some choice words for Arie Luyendyk Jr., accusing him of sex-shaming her after an argument over politics.

The 27-year-old Bachelor season 21 contestant shared a 12-minute video recapping her beef with the 39-year-old season 22 Bachelor via Instagram. The lengthy video began with Nolan’s Instagram Stories from the night of the 2020 presidential election earlier this month. At the time, she slammed Luyendyk Jr. for posting Instagram polls about who and what people were voting for. 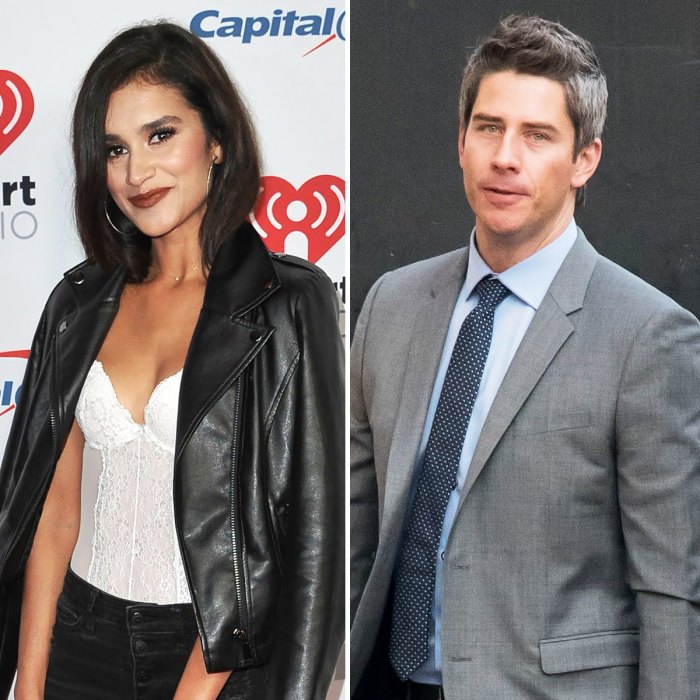 “I get it’s hard for white men, specifically, to understand their privilege … because y’all really benefit from upholding white supremacy, s—t ya made it!” Nolan captioned the video. “So when someone, especially a BIPOC woman, asks for accountability or calls into question your problematic or harmful ‘opinions’ your quick to belittle, shame, and deflect. It feels threatening, and how dare I?! You want to put them back in place, make us be ‘classy’ for you. Well, sorry, I don’t exist to be classy for you. And I won’t be small or ashamed of who I am or what I do. Reacting to accountability, as if it’s a form of oppression, with childish bullying, sex-shaming, and belittling is sad, shows all your privilege, and it DON’T work here.”

In the video, the “Let’s Talk About It” podcast host began, “What is up with all these Bachelor white dudes posting polls to see how people are going to vote on s—t like abortion and the president and climate change like it’s some kind of funny game?”

The sex therapist went on to share a screenshot from Luyendyk Jr.’s Instagram Stories from November 3, in which he wrote, “Remember we are all United and it’s OK to have different opinions that’s freedom.”

Nolan fired back, “How are you going to say were all united when the other people are literally voting against the rights of their neighbors? ‘There’s both people on good sides?’ … It’s bulls—t.”

Weeks after their Election Day beef, Luyendyk Jr. came for Nolan for an ad she posted on her profile.

“I posted a partnership for a pleasure sleeve for penises over two weeks after the election,” she wrote. “Six days after that was posted (the night before f—kery Thanksgiving) this comment was posted.”

Nolan subsequently went off on the former race car driver.

“This is part of what I do for my job, I do partnerships on Instagram. I also work as a sex therapist. I’m a licensed psychotherapist and I’m in school getting my PHD in clinical sexology. So. this is the post that he feels is something that he can put me down with,” she said in the video. “That it’s laughable. … [It’s] sex-shaming and sex negativity, which this is not a space for. Y’all know that I don’t play with that s—t. My whole passion and job, literally that I’ve chosen, is to fight against that.”

Nolan continued: “This isn’t just a regular post of me talking about sex toys or sex in general. This is a post specific that is a partnership post, that could hit me in my income, that could hit me in my ability to do partnerships, that there’s specific shaming in how I’m making my money, which mind you is really no different than how he’s making his money. Mine just maybe has a little more impact for people than his does.”

The Bachelor in Paradise alum added that the term “classy” is used to “put down women specifically who don’t fit into a thin, petite, agreeable, soft, feminine, white nature of what white men what a woman to be.”

Luyendyk Jr., who met wife Lauren Burnham on season 22 of The Bachelor, has yet to publicly respond to Nolan’s video. He revealed on November 26 that he was self-isolating from Burnham and their 18-month-old daughter, Alessi, after testing positive for COVID-19.

After the family of three went out to get a Christmas tree over the weekend, Burnham defended her husband, writing, “Arie’s quarantine period is over per CDC guidelines and doctor advice. He even got a negative test before rejoining Alessi and I in the house to make me feel more comfortable even though that’s not necessary according to the CDC. He’s cleared!”