A mean one? Kailyn Lowry‘s ex-boyfriend Chris Lopez seemingly shaded her over her new rule for Christmas presents for their kids.

On Thursday, December 24, the Teen Mom 2 star revealed she’s only accepting presents for her kids from certain people.

“PSA: I will not accept gifts for my kids from anyone who doesn’t have a relationship with them all year long. RETURN TO SENDER,” the 28-year-old wrote via her Instagram Story. 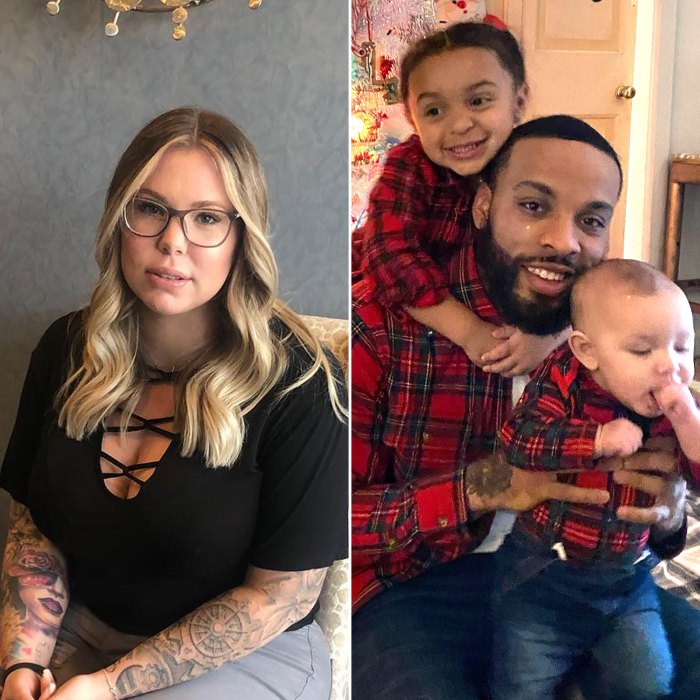 Lowry’s post continued: “Family, old friends, etc. I am not going to explain why you are not around but can send gifts. Save your money.”

Lopez, 26, was quick to respond on his own Story, throwing major shade the reality star’s way.

“Guess we not allowed to send gifts,” he wrote alongside two laughing emojis and a shrugging emoji. “Y’all still my dawgs.”

Lowry’s ex shared a second message about the situation. “Bruh get over yourself smh,” Lopez wrote. “Not a good look mr grinch.”

During an October episode of Teen Mom 2, Lowry spoke candidly about their rocky relationship, revealing that she had “not talked to Chris” since his aunt leaked she was pregnant and expecting baby No. 2 with Lopez on social media.

“I don’t talk to him. He has been in and out of jail,” she said during the episode.

The “Coffee Convos” podcast cohost, who has dated Lopez on and off since 2016, later revealed on the show that her fourth pregnancy hadn’t been smooth.

“I think what transpired over the last few months between Chris and I has just been so eye-opening,” she said in a confessional interview. “I know that people have a ton of questions and they’re wondering how I could have gone back to someone like that.”

Holding back tears, Lowry continued, “I think there’s a lot to be said that I haven’t really talked about in a relationship where domestic violence is there and where it’s just really toxic. I’m still trying to figure that stuff out.”

Speaking with Us Weekly about their coparenting agreement in August, the Hustle and Heart author said they take it “one day at a time.”

“[We] don’t communicate right now. Tomorrow, it could be different,” she said.

The MTV personality added, “I wished that things weren’t the way they are now, but it is what it is.”

I’m Going to Court to See My Grandkids

Thomas Markle has yet to meet his estranged daughter Meghan Markle’s two children with Prince Harry — and he is...