The science behind why Susanna Reid is visually perfect

SHE’S the sunny smile that the nation wakes up to every weekday on Good Morning Britain.

But it’s not just Susanna Reid’s professionalism – and cheeky banter with co-presenter Piers Morgan – that has won her legions of fans. 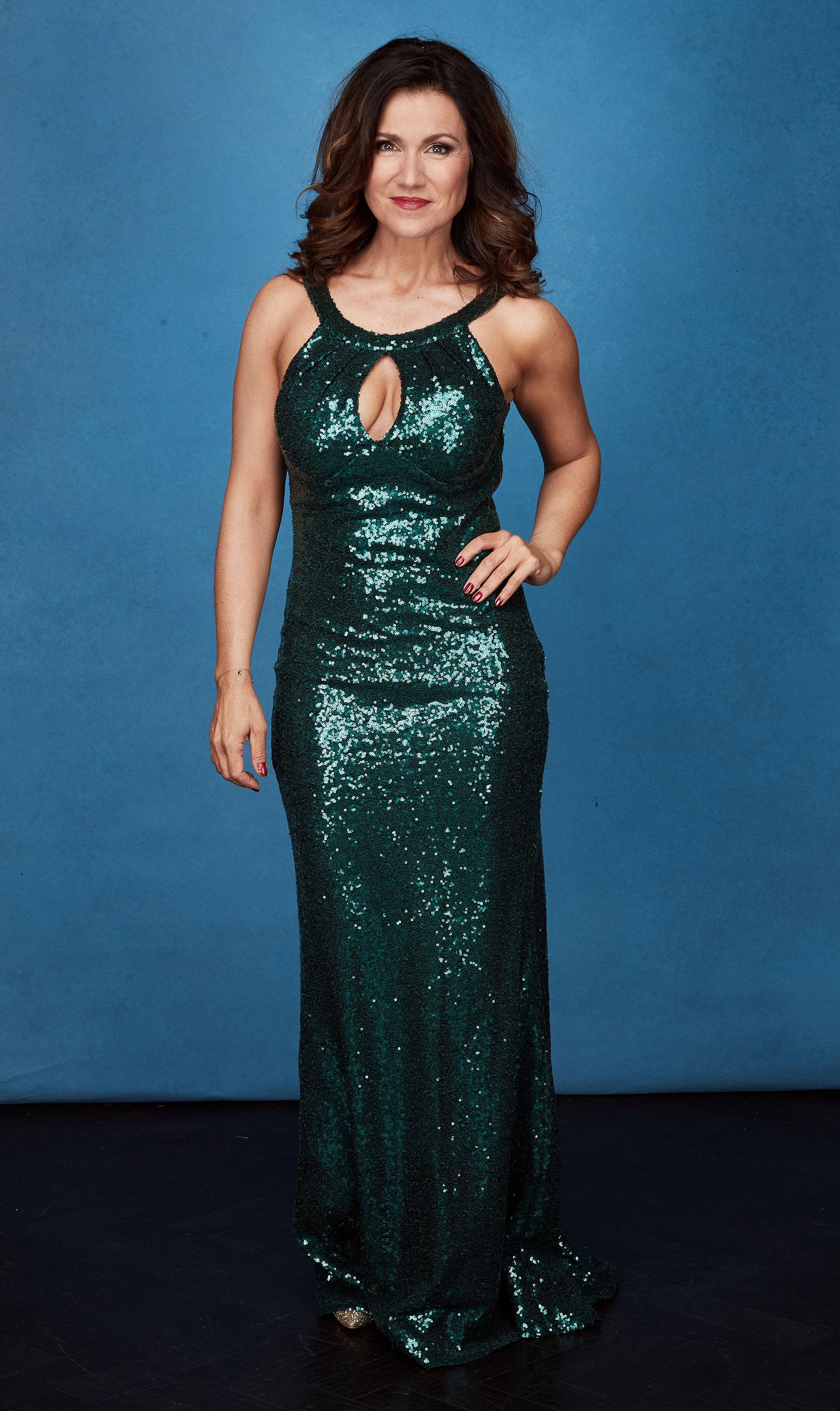 Every morning, viewers take to social media to shower Susanna, 50, with compliments about her appearance.

She reckons that’s down to some professional help, saying yesterday: “It’s easy to focus on flaws, but I have fabulous make-up artists to make it all better.”

Here with the help of Dr Riccardo Frati, of Frati Cosmetic Surgery, Tanith Carey looks at the science behind the stunning TV star’s winning formula.

To be considered “perfect”, a woman’s nose needs to be about ten per cent smaller than a man’s – and an average of 5.1 cm long, studies have found.

It should also tilt slightly upwards at the end, compared with a man’s ideal 90-degree angle, according to researchers at New York University, who looked at the reactions of 4,000 people to digital portraits of women aged 18 to 25. 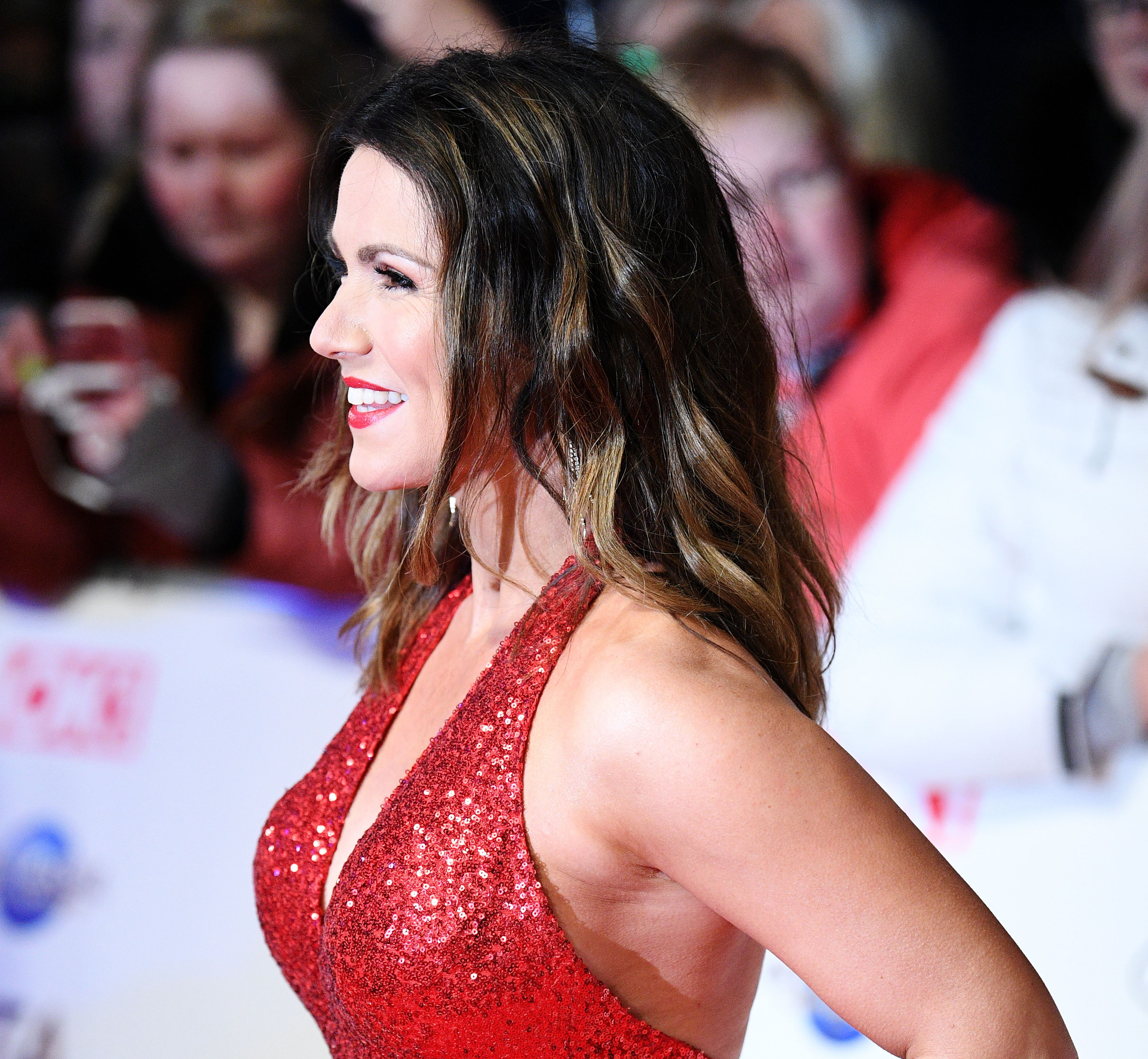 From the side profile Susanna’s nose has around a five to ten degree upturnCredit: Rex Features

Dr Frati says: “Susanna’s nose is perfect. She has a lovely small ‘button nose’ which from the side profile has around a five to ten degree upturn, which gives a feminine appearance’.”

High cheekbones have long been a sign of beauty in women because they help to create a more balanced-looking, symmetrical face, which is also a sign of good genes and health.

There is even considered to be a perfect angle, called the “angle of beauty”, which helps to make a woman’s face appear perfect. 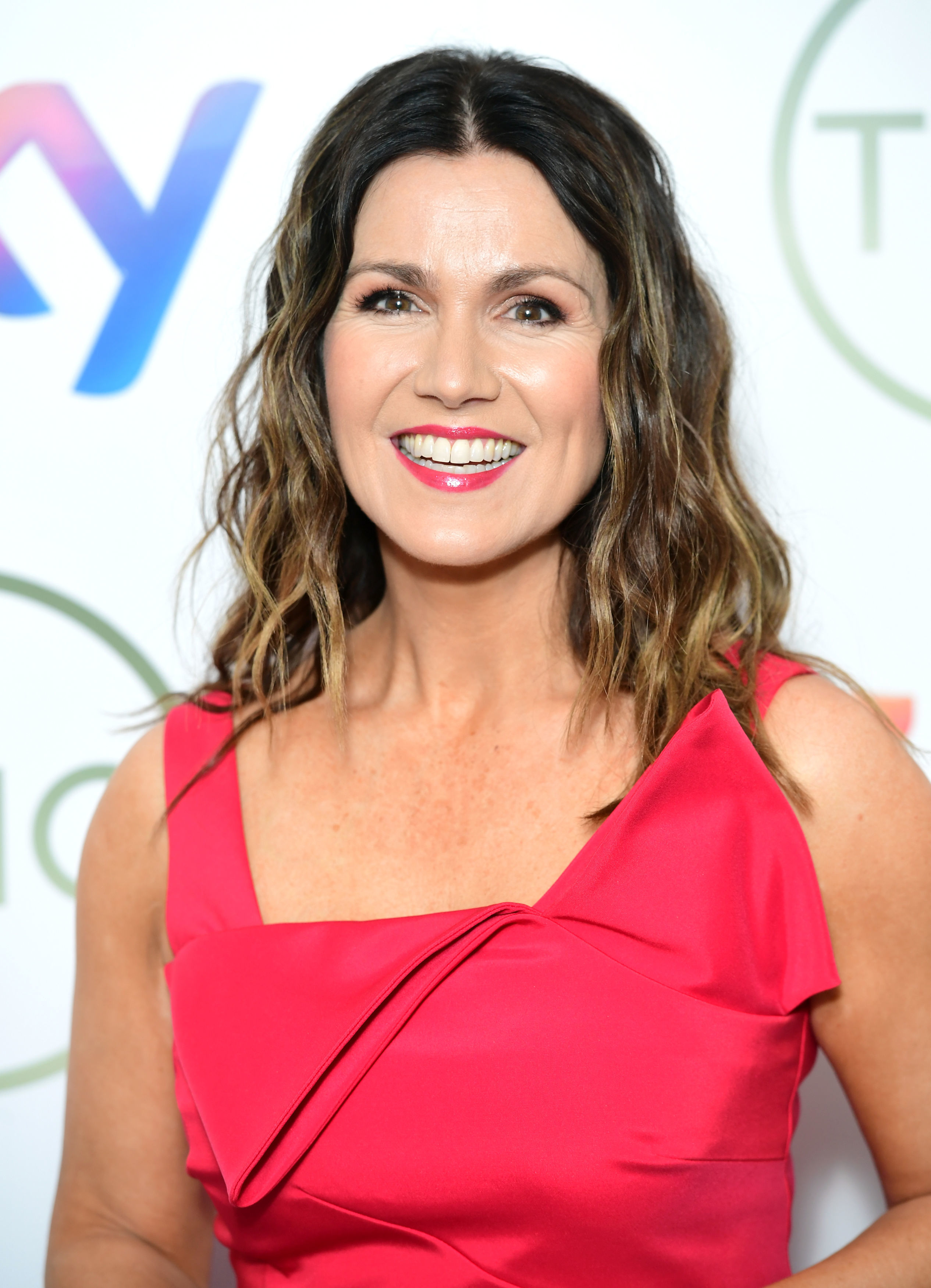 Susanna has a face that looks beautiful, but not unattainableCredit: PA:Press Association

According to Rajiv Grover, former president of the British Association of Aesthetic Plastic Surgeons, if you measure the facial angles of 100 models, 81 degrees is the ideal angle between the centre of the chin and the start of the cheekbones.

This creates a more triangular, feminine face. As Susanna’s cheekbones come in at closer to 70 per cent, she has a face that looks beautiful, but not unattainable.

This is because men have a testosterone surge during puberty that makes their own lower faces grow longer. 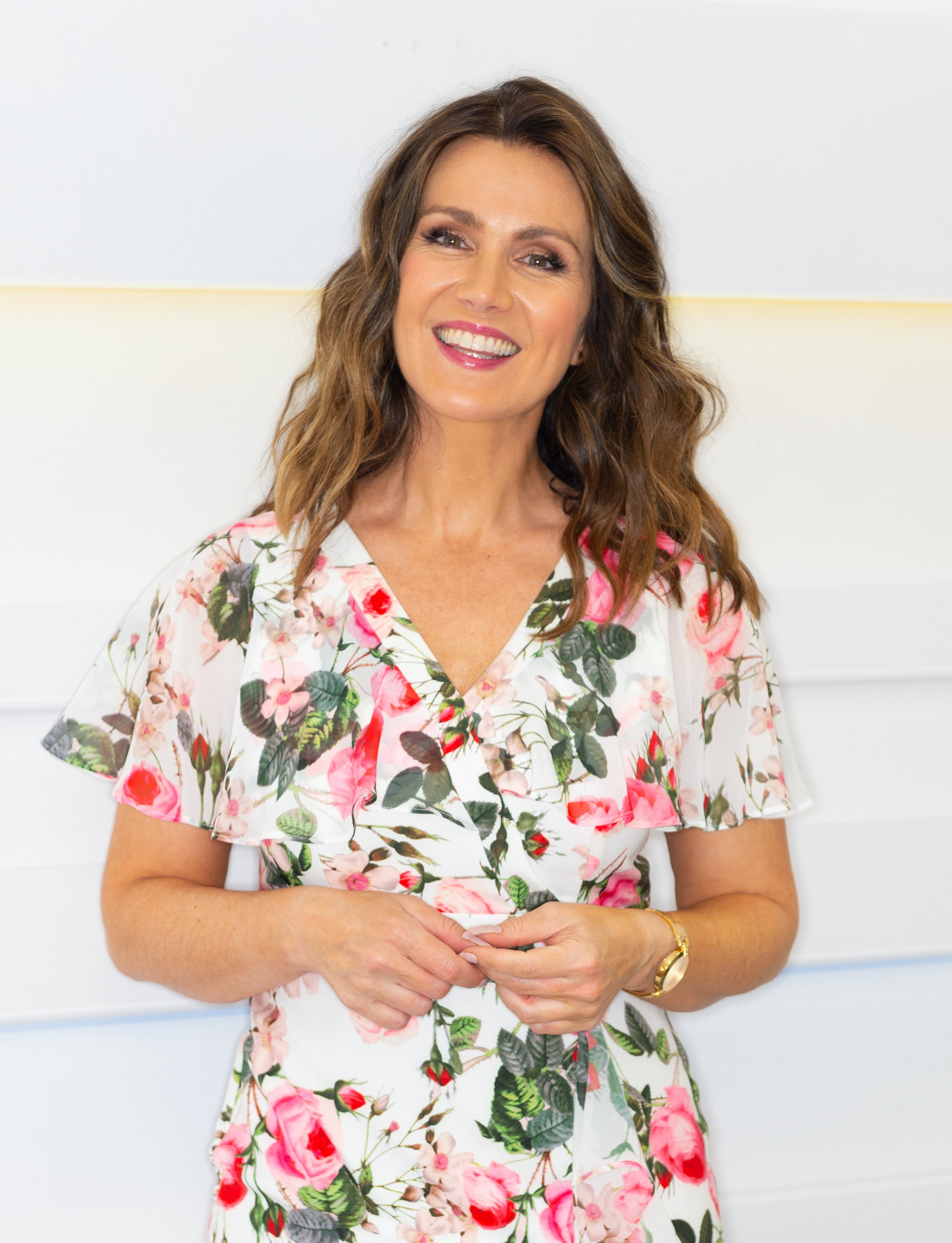 Women who have more pointed, rather than square, faces are considered more beautiful because this is considered a more feminine characteristic.

Studies have also shown that the most attractive women are judged to have a face shape that is no more than 1.5 times longer than its width, as Susanna’s is.

“That means staying youthful-looking for many women means having a facial profile like an upside-down triangle. Susanna has this perfect ‘triangle face’.”

She may only be of average height at around 5ft 4ins but Susanna has proportionately long legs compared to her body.

According to research by psychologists at Liverpool University and University College London, this makes her sexier because the perfect leg length for a woman is 1.4 times that of her upper body. 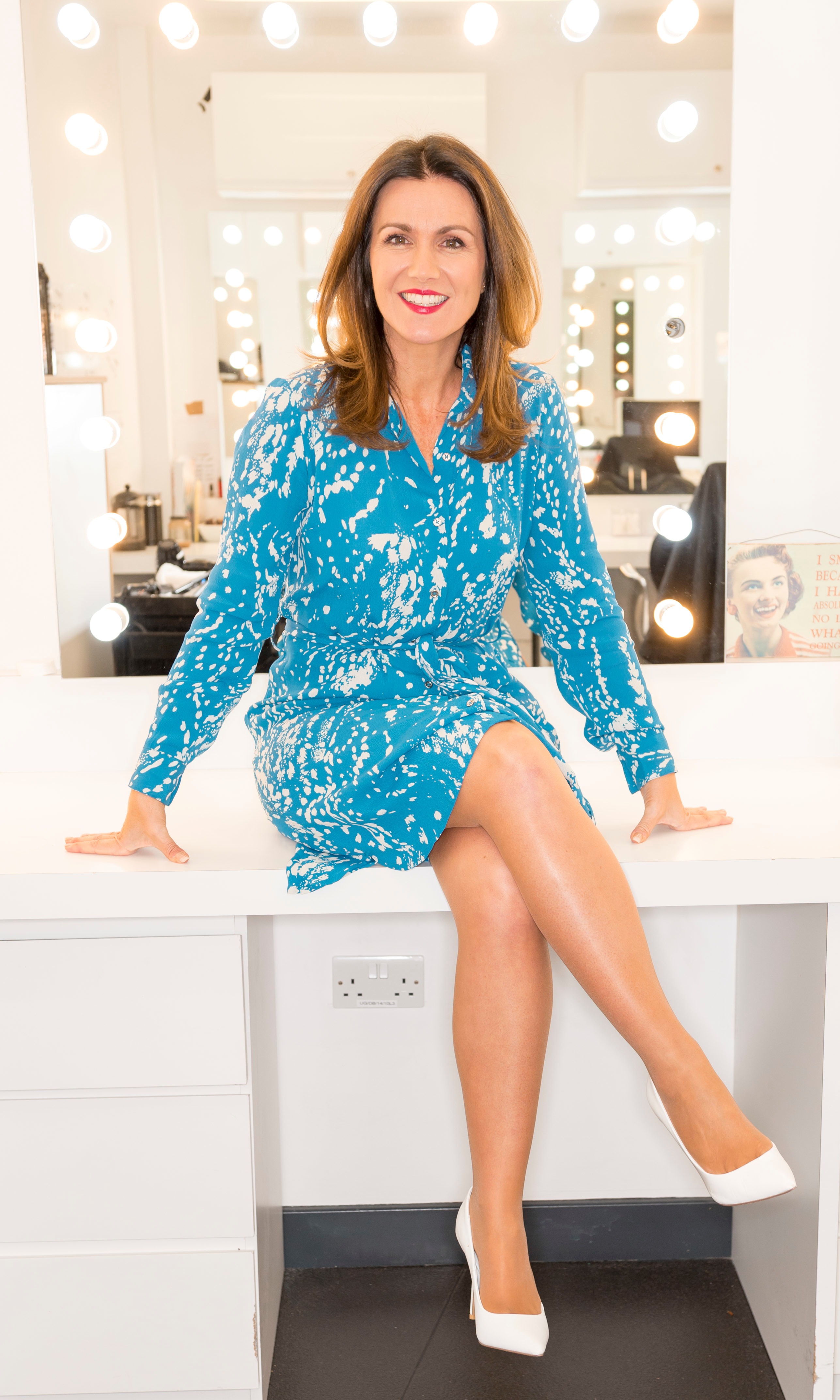 The study in the journal Body Image suggested that this feature may be attractive because it is a sign that a woman is likely to be healthy with good genes.

The fact that Susanna also has shapely ankles – around 23cm – is also attractive because thicker ankles are associated with fluid build-up, ageing and ill-health.

Susanna is certainly not just a pretty face.

The presenter was educated at high-flying St Paul’s Girls’ School in Hammersmith, West London, and went on to study politics, philosophy and law at Bristol University, where she edited the student newspaper. 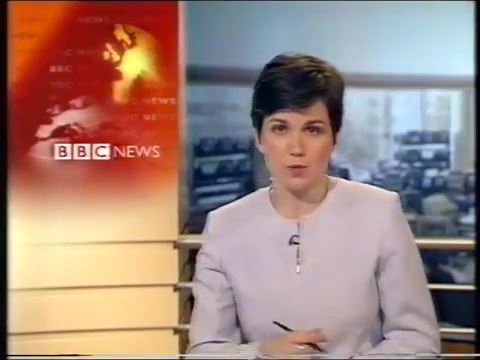 Now she’s a whipsmart interviewer who can also cut loudmouth Piers down to size.

And, according to a 2016 study by researchers at Northwestern University in America, men in countries where there is more gender equality, such as the UK, are more likely to be attracted to smart women like Susanna.

Susanna has the perfect “Golden Ratio” figure, an accolade that made the presenter punch the air in triumph when her TV sidekick Piers revealed the news last month.

Dr Frati says this is because, according to the mathematics of beauty used by Renaissance artist Leonardo da Vinci, the “perfect ratio” for the breast-to-waist-to-bum is ideally 3:2:3 – proportions which Susanna has. 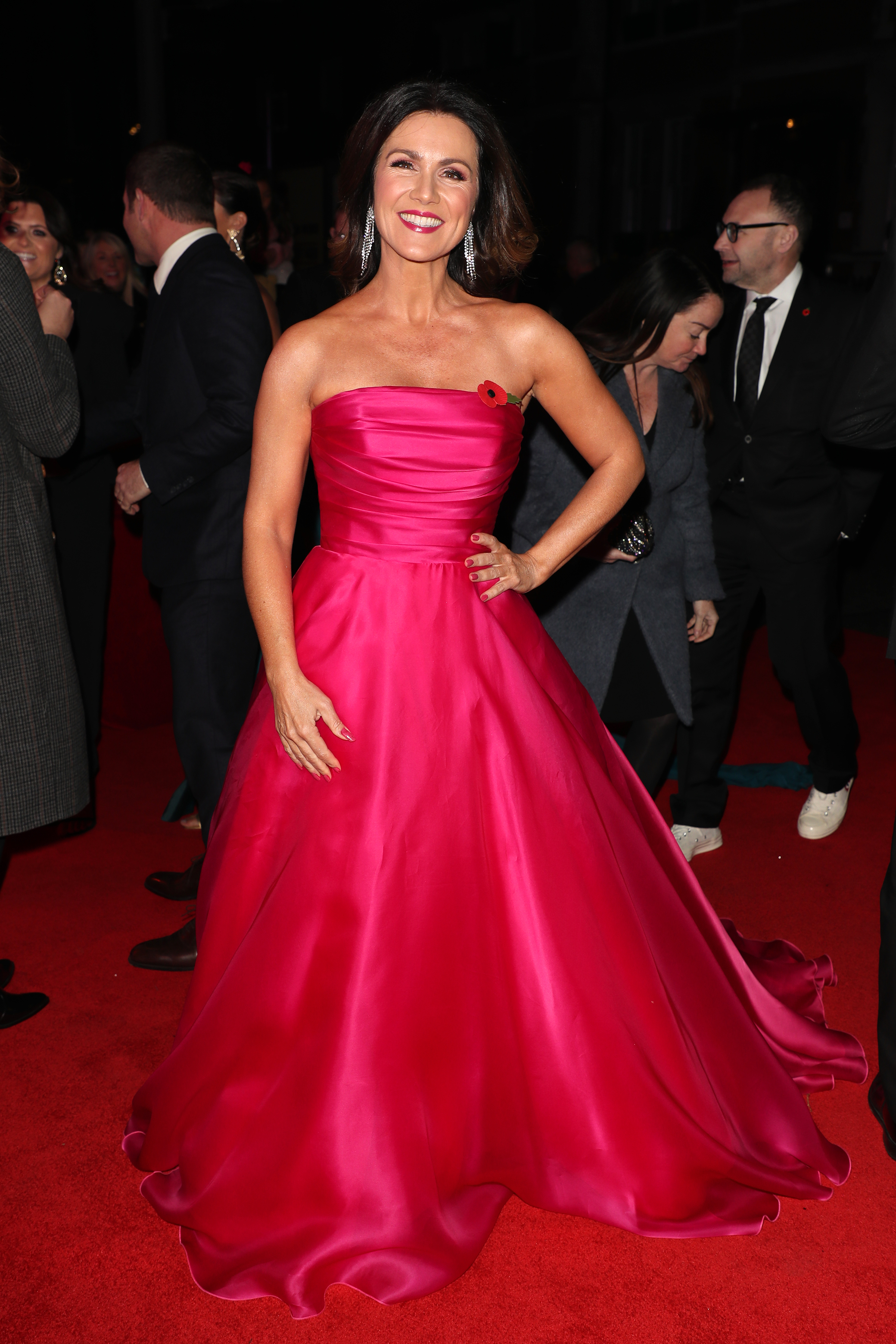 Her statistics are also estimated to be 38–27–37, despite her recently celebrating her 50th birthday and having three teenage sons.

For the most beautiful facial proportions, a female mouth should be no less than 50 per cent of the width of the face, according to a 2017 study.

Among women, lips considered the most appealing are around 4 to 5cm long – and 1 to 2cm deep – compared with the male average of about 5 to 6cm and 1cm deep. 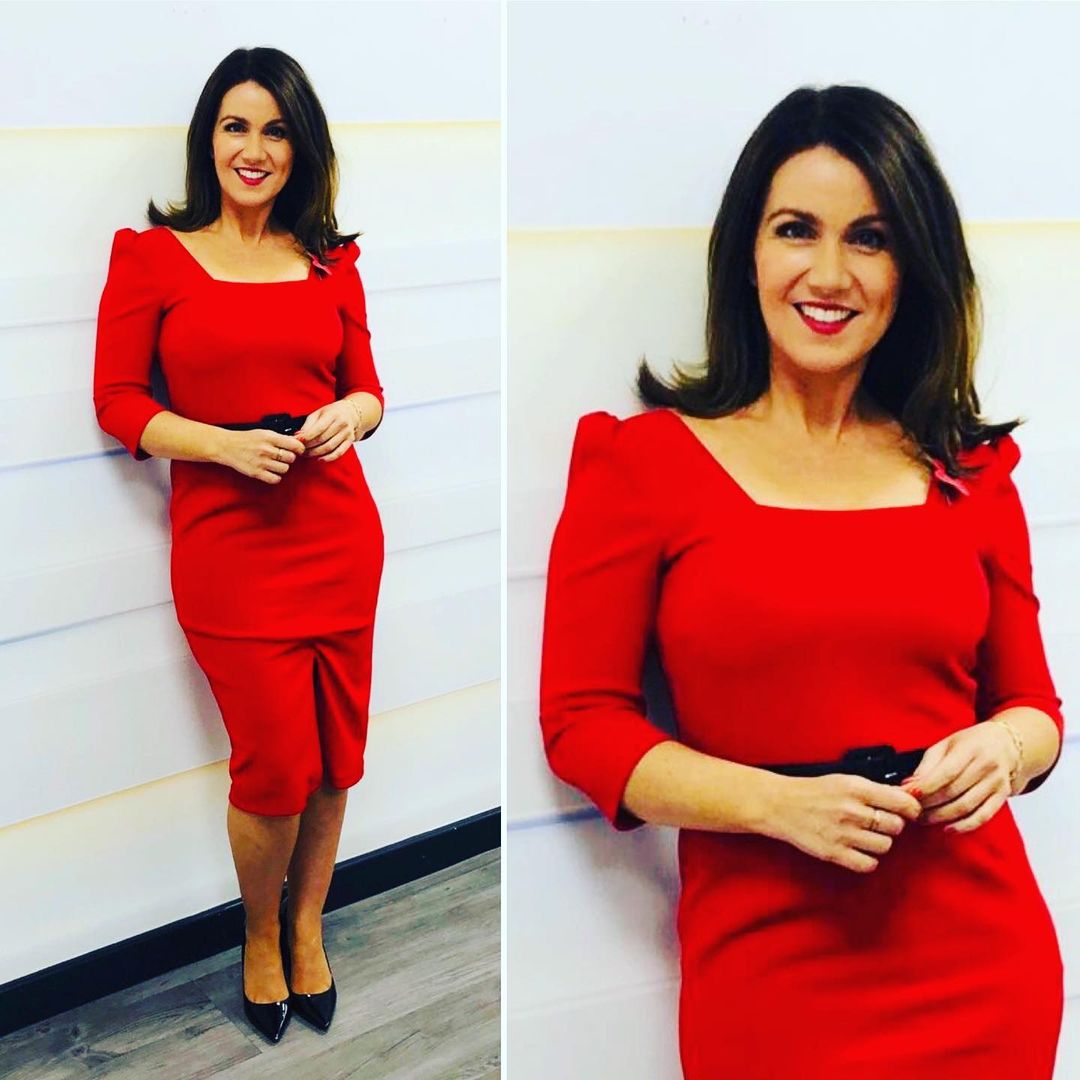 Dr Frati says: “Overall, lips should have a ratio size of 1 to 2 upper to lower lip and Susanna’s lip proportions fit these perfectly, too.”

But the feisty star hit back, saying: “Shocker – women have boobs.” 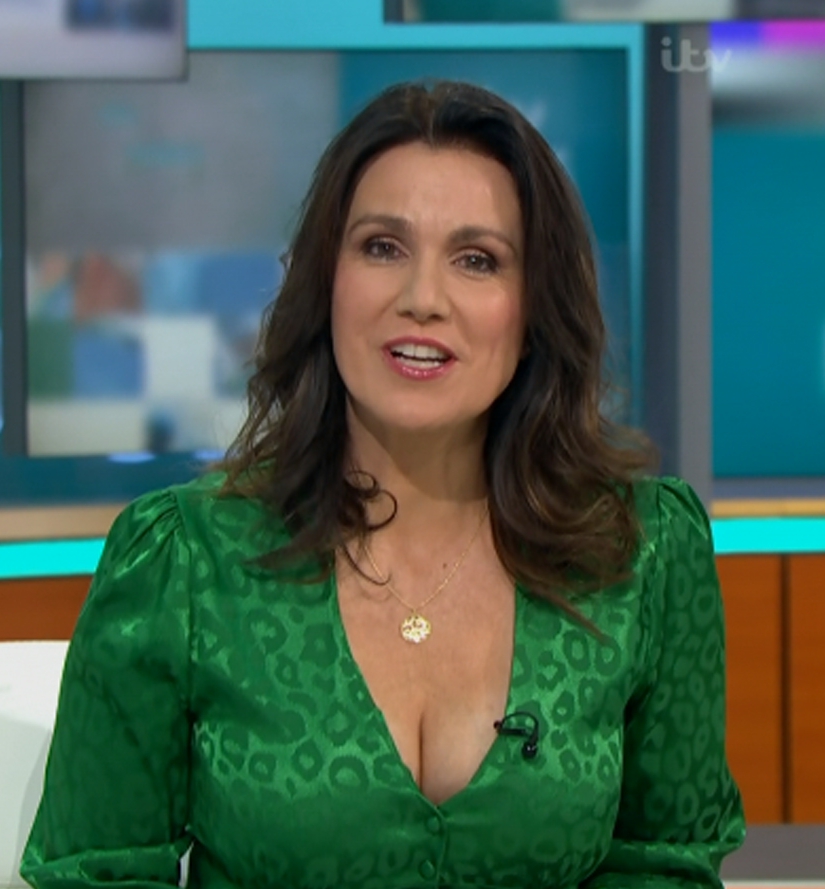 Men and women both agree that Susanna’s cup size is bestCredit: refer to caption.

A range of studies have found that men and women both agree that Susanna’s size, a C cup, is best.

When volunteers have been asked to look at pictures of different breast sizes, this is the cup measurement that consistently comes out on top.

This size is probably considered the most desirable because it most resembles a woman’s breasts at the peak of her fertility.

A woman’s smile is even more dazzling if 100 per cent of her four front teeth can be seen, as is the case with Susanna, according to dental experts.

It also helps to have well-proportioned teeth. 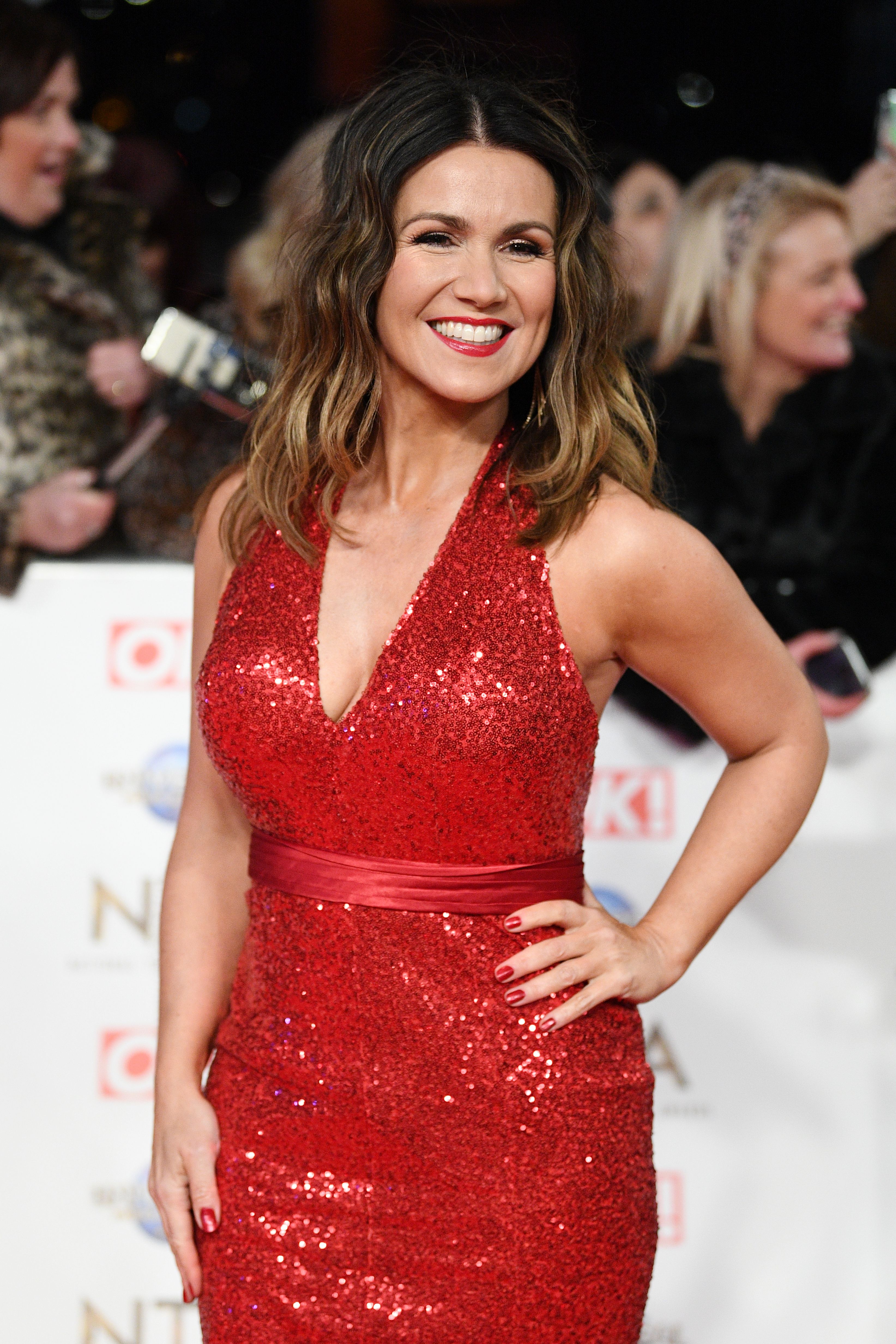 Susanna has a beautiful smile and well-proportioned teethCredit: Rex Features

Studies of women judged to have the best smiles have found that the two front teeth should together form the appearance of a perfect rectangle – with both teeth 20 per cent longer than they are wide and resembling a mirror image of each other, according to dentists at California’s Loma Linda University School of Dentistry – just as Susanna’s are.