Back to Hogwarts! Tom Felton took a trip down memory lane when he rewatched the Harry Potter movies for the first time in 20 years.

The 33-year-old actor, who portrayed Harry’s rival Draco Malfoy, shared his reaction to the first 11 minutes of Harry Potter and the Sorcerer’s Stone via Instagram earlier this week. “First time I’ve watched HP1 in about 20 years,” Felton captioned the clip. 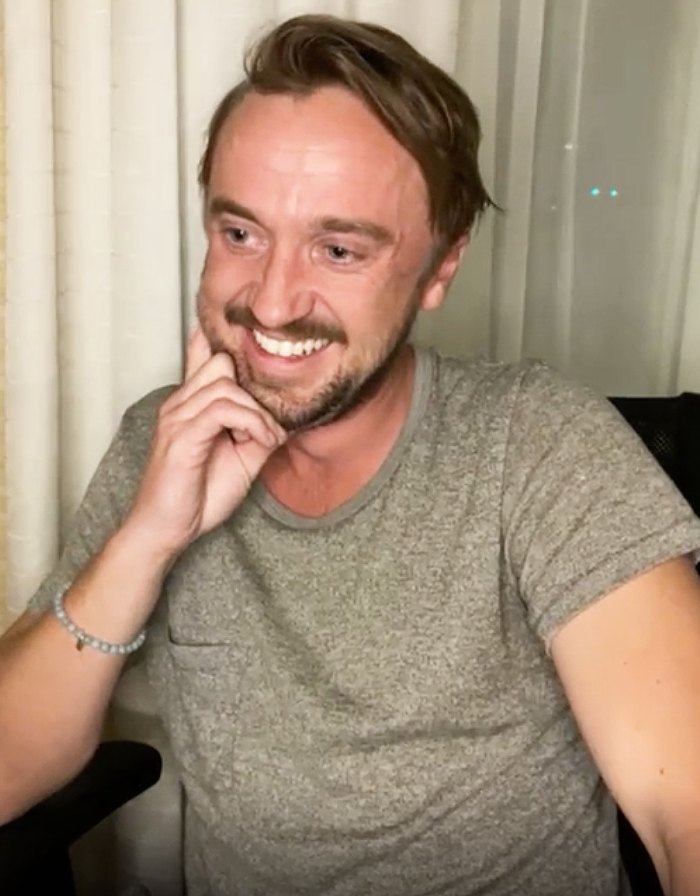 The U.K. native said he thought the theme song was still “catchy” and praised Daniel Radcliffe for his portrayal of Harry Potter. Felton posted another video on Tuesday, December 1, where he continued his behind-the-scenes commentary. “HP1 watch – Round 2,” he wrote alongside the clip.

After watching a few scenes, Felton joked, “There’s definitely potential for these movies.”

Grint, 32, revealed during the reunion that he had a problem containing his laughter as a child actor. The Driving Lessons star — who welcomed his first child with girlfriend Georgia Groome in May — even giggled during Dumbledore’s funeral scene.

“[That] was a particularly bad one. For some reason I found that absolutely hilarious, and once you start laughing it’s very hard to stop because it just becomes a thing,” he recalled. “I had a particularly bad reputation. They used to call me ‘Go Again Grint’ because I couldn’t do anything without doing it 20 times.”

Felton told MTV News in 2011 that he initially auditioned to play Harry Potter or Ron Weasley but was happy to be cast as Draco Malfoy.

“I’m very grateful I am in the film at all, but even more grateful that I got the character of Draco,” he said at the time. “I think Rupert and Dan, there’s no question in my mind, there’s no one else in the world that A) could have played the character better, but B) could have handled the behind-the-scenes pressure those guys have dealt with over the last decade.”

Black roses. Bachelor Nation has weathered many storms and made some strides throughout its two-decade run — including a historic...

Blake Moynes and I Were ‘Winging’ It Before Split