On their own terms. Vicki Gunvalson shared a perfectly logical explanation as to why she and her fiancé, Steve Lodge, aren’t focusing on preparing for their upcoming nuptials.

“We’re not wedding planning at all. We’re not in that place of wedding planning,” the Real Housewives of Orange County alum, 58, told Us Weekly exclusively while promoting her “Reality With Vicki” podcast. “It’s my third marriage, Steve’s fourth, so we’re not going to do wedding [stuff]. But right now, we’re pausing everything. There’s no need to.”

She added, “He’s got his money, I’ve got my money — we don’t need to get married. So, we’ll see what happens. There’s no rush.” 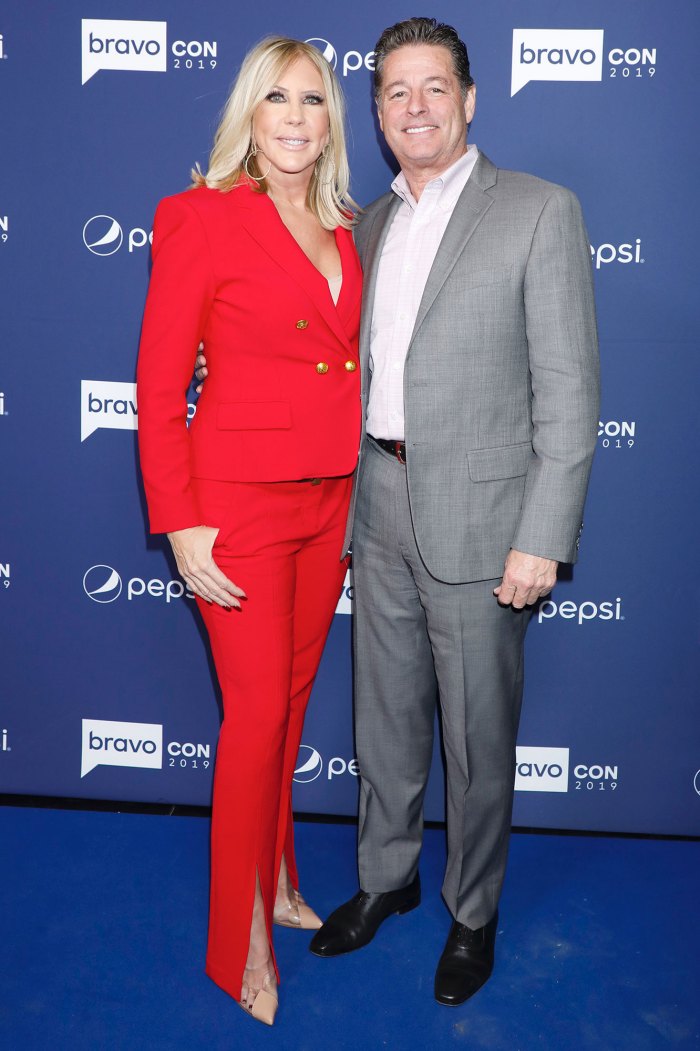 The businesswoman confirmed that the couple are currently staying in a Mexico-based condo that she purchased last March. “It’s beautiful, I love it. I can work from here — it’s good,” she shared.

Gunvalson began dating Lodge, 61, in 2016 after crossing paths at a charity event. Her love popped the question in April 2019 after three years of dating.

The duo were set to tie the knot in April 2020, but they delayed their ceremony due to the coronavirus pandemic. The Coto Insurance founder shut down split speculation months later after an Instagram fan account pointed out that the pair don’t follow each other on the app.

“[We] live together and live a very private romantic life,” she explained to Us last October. “We don’t follow each other on social media and haven’t for a long time, and we don’t post photos of each other — what’s the point? This is a complete joke and not worth even commenting, but I did.”

Instead of focusing on her upcoming nuptials to Lodge, Gunvalson has been gearing up to launch her “Reality With Vicki” podcast via Luxe Media later this month. She is “hoping to shine some encouragement” in 2021 through her new endeavor.

“I want to kind of go into what happens if there’s a divorce, what happens if there’s a job loss — you know, setting people up for the unknown,” she explained to Us. “I always say, ‘Plan for the unplanned.’ So, I’m going to get into the nitty-gritty of insurance, what types of insurance people should have and really just do more of an authentic podcast. I listen to these podcasts, and I’m like, ‘What did I learn?’ So, I want to be a mentor and a teacher for what to do and what not to do.”