Why Britney Spears Deleted Her Instagram After Getting Engaged

Time to unplug. Britney Spears deleted her Instagram account two days after announcing that she is engaged to longtime boyfriend Sam Asghari.

The 39-year-old singer’s page vanished on Tuesday, September 14. A source confirms to Us Weekly that she took down her account because she needed a social media break.

Spears addressed the sudden removal via Twitter on Tuesday, writing, “Don’t worry folks … just taking a little break from social media to celebrate my engagement!!!! I’ll be back soon.” 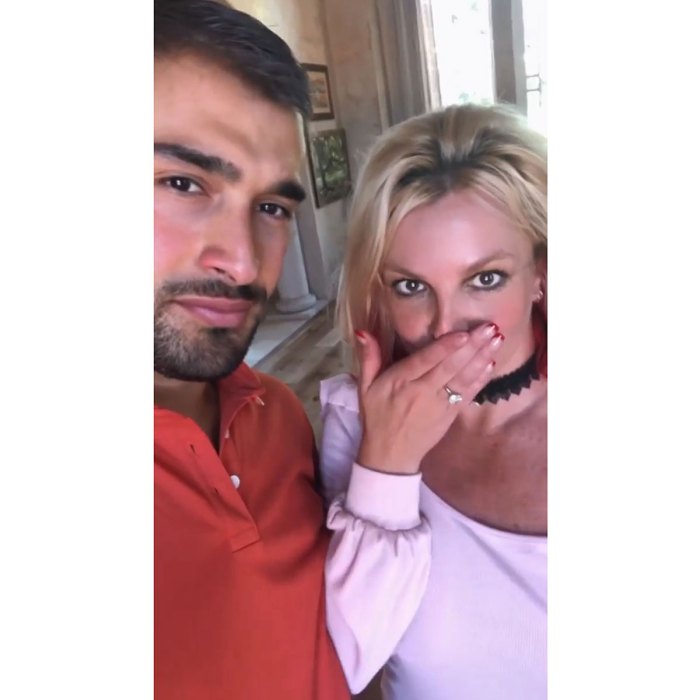 Instagram became a lifeline between the Grammy winner and her fans amid her conservatorship battle. She also used the platform to reveal her engagement to Asghari, 27, on Sunday, September 12. “I can’t f–king believe it,” she captioned a video of them at the time.

The personal trainer’s manager, Brandon Cohen, confirmed the news to Us in a statement that read, “The couple made their long-standing relationship official today and are deeply touched by the support, dedication and love expressed to them.”

One day later, Asghari joked about getting a prenuptial agreement after Spears’ fans encouraged her to protect her financial interests. “Thank you for your concern about the prenup!” he wrote via his Instagram Story on Monday, September 13. “Of course we’re getting [an] iron clad prenup to protect my Jeep and shoe collection in case she dumps me one day.”

The couple have been dating since 2016, but the “Toxic” songstress claimed during a June court hearing that she was being restricted from marrying or having kids with him due to her conservatorship, which she has been under since 2008.

“I want to be able to get married and have a baby,” she said. “I was told right now in the conservatorship, I’m not able to get married or have a baby. I have an IUD inside of myself right now so I don’t get pregnant. I wanted to take the IUD out so I could start trying to have another baby. But this so-called team won’t let me go to the doctor to take it out because they don’t want me to have children — any more children.”

Spears also insisted at the time that she wants to end her conservatorship. In accordance with her wishes, her father, Jamie Spears, filed on September 7 to terminate his role as conservator of her estate.

Prior to deleting her Instagram account, Britney shared an article about encouraging children to learn things beyond what they hear from external authorities.

“Growing up in a world where basically almost everything I did was controlled by someone else … I hope this message gets to people who have been confused or manipulated by a system!!!! No … you’re not alone and no … you’re not crazy!!!! People need to hear this before it’s TOO LATE!!!!” she captioned her Monday post. “I’ve waited 13 years and counting for my freedom!!!!! Again … team #FreeBritney you guys f–king kick ass!!!!! Love you so much and God bless!!!!”