Next step: “I do!” Influencers Gabi DeMartino and Collin Vogt are engaged after more than five years together, a source tells Us Weekly exclusively.

Vogt, 23, proposed to the vlogger, 25, on Thanksgiving Day while celebrating the holiday in her childhood home. He got down on one knee just four months after the couple marked another major milestone in their relationship.

“Coolest anniversary in the strangest of times,” DeMartino captioned a series of sweet Instagram snapshots with her now-fiancé in July in honor of their fifth anniversary. “You never fail to amaze me, Collin. I truly felt like your Juliet tonight! This has been my favorite of our anniversaries ?⚜️? here’s to year 6!!! happy 5 years I love you.” 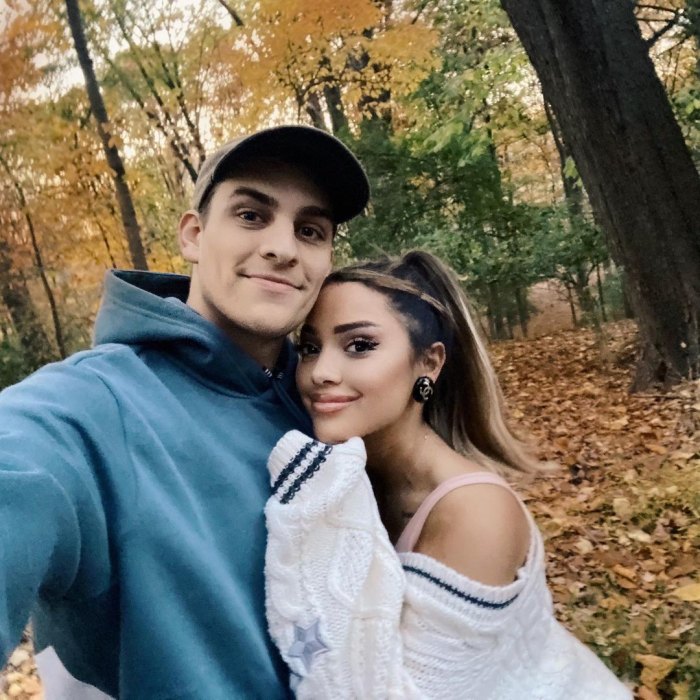 At the time, Vogt hinted that he was ready to start a future with the YouTube personality. “Happy 5 year anniversary Gabriella! This has gone by so fast and I can’t wait to look back at these photos when we celebrate our 50th!” he wrote via Instagram in July. “I’m so happy to call you mine and I will love you forever! Til death do us part.”

Before getting engaged, DeMartino went into detail earlier this year about some of the things she’s planned for her dream wedding.

“We were saying because we want to get married somewhere hot, like an island, we kind of want to do a cold honeymoon,” she revealed in a YouTube video posted in February, adding that she and Vogt hoped to “see the Northern Lights for our honeymoon.”

While the twosome are ready to walk down the aisle “very shortly,” they aren’t thinking about expanding their family just yet.

“I want to be married for a long period of time before we have kids,” DeMartino said in February. “I want to enjoy the marriage first.”

Since sparking their romance in 2015, the social media personalities have kept fans in the loop about every detail of their relationship. In January 2019, the pair bought their first home together and have continued to showcase their “Castaway Cottage” on their Instagram and YouTube channels.

“The beach is very special to us because that’s where we met and fell in love,” the duo wrote as they prepared to move in together last year.