Date night! Zac Efron and girlfriend Vanessa Valladares were spotted holding hands as they stepped out for dinner with friends in Sydney on Friday, January 8.

The Greatest Showman star, 33, was dressed down in black jeans, a gray button-down shirt, denim jacket and a black beanie, while the waitress, 25, wore high-waisted jeans, a white corset top and a camel-colored jacket. Both donned face masks as they were spotted in Chinatown. 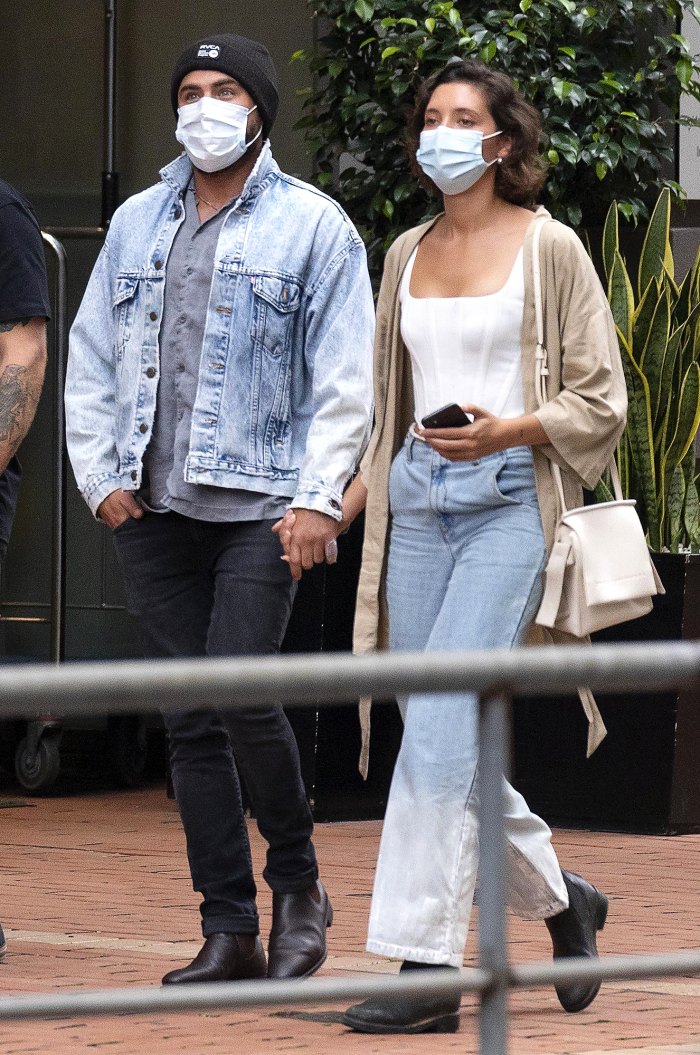 Zac Efron seen out in Chinatown with his girlfriend Vanessa Valladares in Sydney on January 9, 2021. MTRX / BACKGRID

Efron, who has been living in Australia amid the coronavirus pandemic, met Valladares in June last year while she was working at the Byron Bay General Store, 475 miles north of Sydney. Us Weekly broke the news of their relationship in September.

“He’s living eight hours outside of Sydney. Nobody bothers him,” a source told Us. “He hangs out with the Hemsworths. He goes surfing. He’s coming a long way from partying in L.A.”

Efron spoke last year on an episode of his Netflix series, Down to Earth With Zac Efron, about his desire to leave Los Angeles.

“I gotta get out of Hollywood, I’m done,” he said. “It’s not a place conducive to living a long, happy, mentally sound life.”

Another insider told Us that Efron, who went to rehab in 2013 for alcohol and substance abuse, has found a steadying influence in Valladares.

“Zac and Vanessa are really good for each other. She has calmed him down a lot, and he’s not partying too much,” the source exclusively told Us.

Efron’s girlfriend surprised him in October with a star-studded celebration for his 33rd birthday, with guests including Liam and Chris Hemsworth and former tennis champ Pat Rafter.

“He’s in love with this girl, Vanessa,” one of the guests, Australian radio host Kyle Sandilands, later told listeners on his show. “They’re lovely. Beautiful couple. They do everything together. … They’re just really sweet. They seem really settled and nice.”

A source told Us exclusively in December that Efron is “loving his life in Australia.”

“He’s settled down and very happy with his girlfriend,” who spends most nights at his home, the insider added. “It’s serious.”