Are wedding bells in Zayn Malik and Gigi Hadid’s future? Fans sure think so after dissecting the lyrics of the singer’s new album, Nobody Is Listening, which was released on Friday, January 15.

Several of the former One Direction member’s fans flocked to Twitter after hearing the track, which features Syd, to speculate that he may be planning to pop the question to Hadid, 25 — or that they are already engaged. 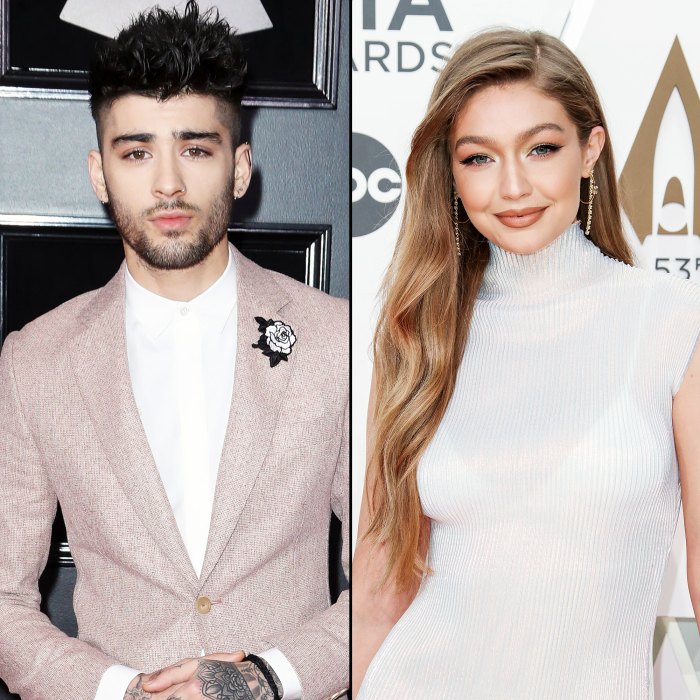 “I just listened to when love’s around and is zayn gonna propose to gigi ????!!” one Twitter user wondered. Another wrote, “HE LOVES GIGI SO MUCH IM SO HAPPY FOR HIM HE DESERVES HER AND THIS LOVE.”

Social media users also went wild over the lyrics to “Windowsill,” which finds Malik singing about having sex anywhere and everywhere.

“F–kin’ on the countertop, window to the floor,” he croons in the Devlin-featured song. “She been on my mind, I swear she the type to roll.”

Hadid previously praised the 11 tunes on her boyfriend’s third solo album via Twitter, telling fans on Monday, January 11, that “honestly they all slap.”

Us Weekly broke the news in January 2020 that the on-off couple were back together. Three months later, the model announced that she was pregnant with their first child. Their daughter, whose name they have yet to reveal, arrived in September.

“Zayn and Gigi’s relationship is better than ever — their communication, the time they spend together. They’ve never looked happier,” a source exclusively told Us in October 2020. “Gigi has really leaned into motherhood and is enjoying every second. She’s turning down business opportunities so that she can spend the first year with her baby. Gigi is a natural when it comes to mothering. She’s so kind and compassionate, and it really shows in her mothering style.”

Malik and Hadid started dating in November 2015, three months after his two-year engagement to Little Mix member Perrie Edwards ended. The “Pillowtalk” singer and the Los Angeles native broke up several times before their latest reconciliation.

Earlier this week, Hadid shared several photos from the video game-themed birthday party she threw for Malik at their New York City apartment.

“Happiest birthday to our Zaddy baba. So special,” she wrote on Tuesday, January 12. “Love you long time, thank you for makin me a mamma to the best girl ever. Wish you the best every single day.”