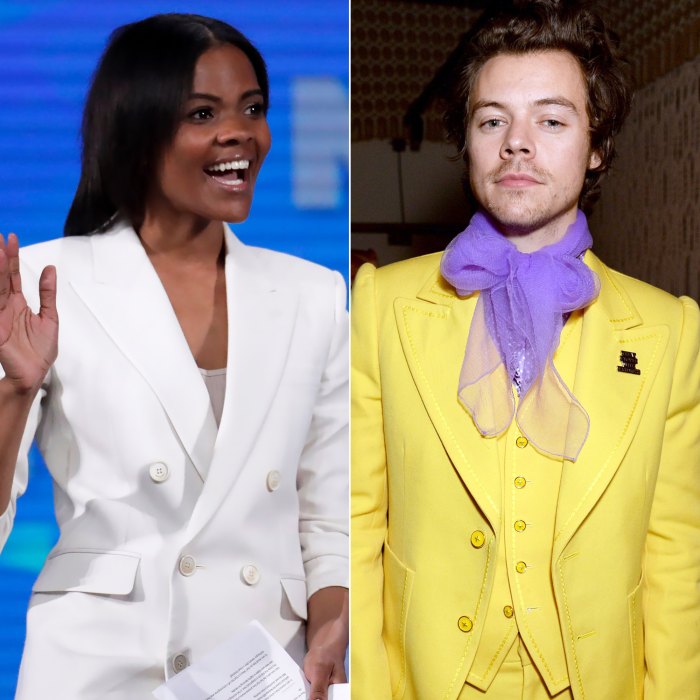 She’s not backing down! Candace Owens responds to Harry Styles‘ clapback after she criticized his historical Vogue cover.

On Wednesday, December 2, the 26-year-old posted a picture of himself eating a banana in a pale blue suit to Instagram, writing, “Bring back manly men,” in the accompanying caption.

This slam was a direct response to Owens’ original criticism of the “Watermelon Sugar” singer’s December 2020 cover, in which Styles wears a Gucci ball gown as the first-ever solo male to cover American Vogue.

“There is no society that can survive without strong men,” she tweeted alongside Vogue’s cover story post on November 13. “The East knows this. In the west, the steady feminization of our men at the same time that Marxism is being taught to our children is not a coincidence. It is an outright attack. Bring back manly men.”

However, the conservative author is not bothered by Styles’ response. In fact, she’s kind of loving it. “When people try to tell me I don’t have influence, and then @Harry_Styles dedicates an entire post to my tweet,” she tweeted on Wednesday morning, sharing a screengrab of his Instagram. “I inspire global conversation. #BringBackManlyMen. Shots fired.” 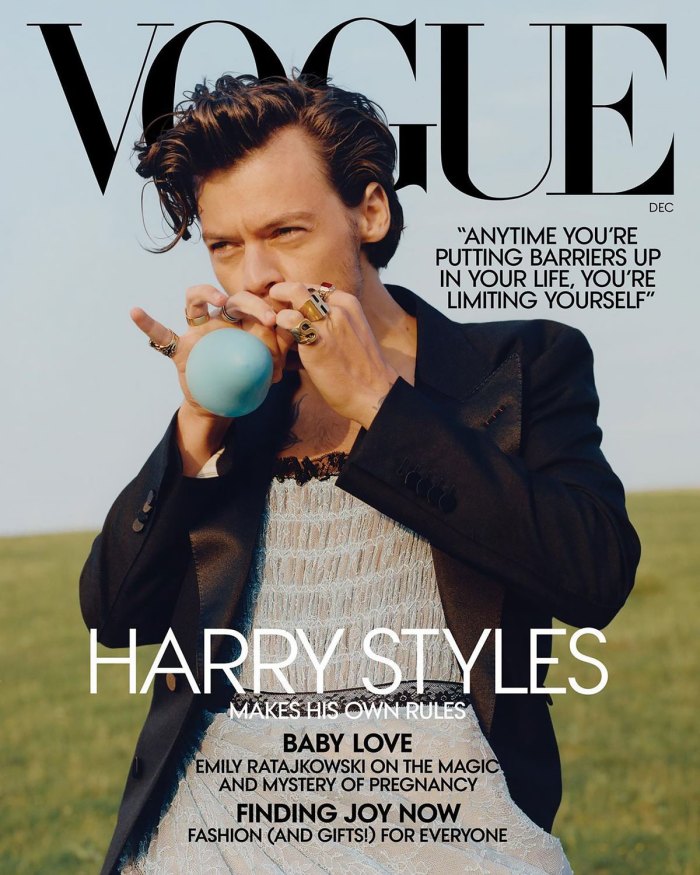 Harry Styles on the cover of Vogue, December 2020.

In another tweet she shared a picture of the British star in costume shooting Dunkirk, caked in mud and dirt. Alongside the snap she hashtagged a shorthand for bring back manly men back — #BBMM — alongside American and English flag emojis.

Styles didn’t just take to social media to clapback, though. He also discussed the drama in Variety’s Hitmakers issue, which hit newsstands on Wednesday.

“To not wear [something] because it’s females’ clothing, you shut out a whole world of great clothes,” he said. “And I think what’s exciting about right now is you can wear what you like. It doesn’t have to be X or Y. Those lines are becoming more and more blurred.”