Dream come true! Demi Moore turned heads with her surprise appearance during Fendi’s spring/summer 2021 show at Paris Fashion Week — and the experience is one she won’t soon forget.

“It didn’t hit me until afterward that it was really a teenage fantasy fulfilled,” the Ghost actress, 58, told Naomi Campbell of her January runway debut in a new episode of the “No Filter With Naomi” YouTube series. “I took a moment and I thought, ‘Oh my God, I just walked a runway show with some of the biggest models ever.’ … I literally felt like a little kid.”

Moore made headlines last month when she dropped by designer Kim Jones‘ couture show in a stunning off-the-shoulder suit with a peplum waist. Campbell, 50, also strutted down the runway along with Bella Hadid, Cara Delevingne, Kate Moss and Christy Turlington. The event was a family affair, with Christy’s nephew James Turlington and Kate’s daughter Lila Moss also modeling the latest Fendi looks. 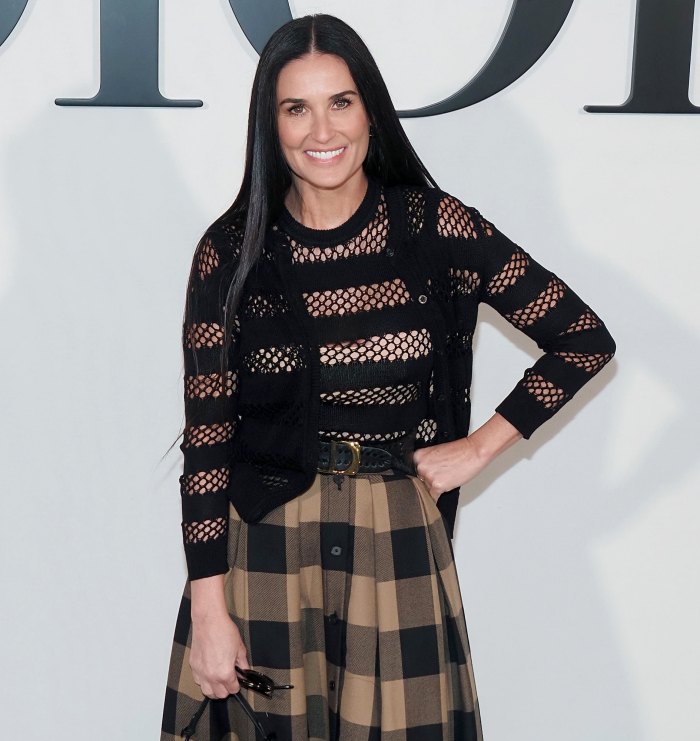 For Moore, the chance to walk in a designer fashion show was “very magical,” even though the atmosphere felt quite different amid the coronavirus pandemic.

“It was a very special show,” the Indecent Proposal star told Campbell. “Even though there was no audience, it felt like there was an audience to me. There was no difference to me. … It felt special for me because it felt less that it was entirely about the clothes but it was more about the full story.”

Before hitting the catwalk, Moore gave fans a glimpse of her “pre-show prep” with daughter Scout Willis, 29, whom she shares with ex Bruce Willis, and Delevingne, 28. The actress donned a pair of comfy sweats and a sheet mask as she lounged in bed before the big show.

Moore’s quarantine activities weren’t all so glamorous as her Paris Fashion Week debut. The actress spent time with Bruce, 65, and their daughters in Idaho to cash in on some priceless family moments. Along with Scout, the former couple are parents of Rumer, 32, and Tallulah Willis, 27.

“There’s been a lot of challenges and a lot of tragedy with this pandemic, but I also think there’s been a lot of gifts and blessings,” Moore told Campbell. “I personally feel like I was really grateful for things slowing down and the time that we had. It worked out that Bruce came and spent time with us and then his current wife and their small daughters joined a little bit later when the kids were finished with school.”

Moore and the Die Hard star split in October 2000 after 13 years of marriage. Bruce later tied the knot with Emma Heming in 2009 and the pair share daughters Mabel, 8, and Evelyn, 6.

“It was really a blessing and I think that it’s also brought forward an incredible opportunity for going inward and raising our own consciousness, I think as individuals, but also, I feel, globally,” Moore said of the COVID-19 lockdown to Campbell. “It’s everything that’s come forward has allowed us to reevaluate what’s important and what needs attention that has been overlooked and neglected. It was amazing.”

Listen to Get Tressed With Us to get the latest beauty and style news!