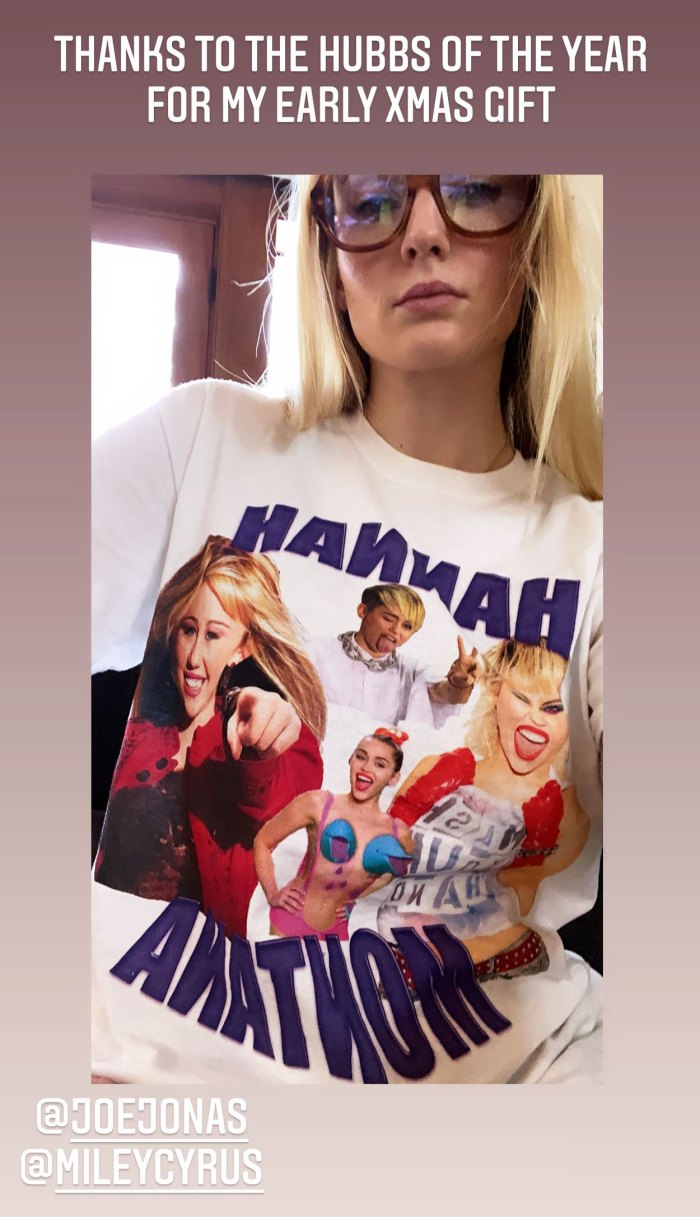 It’s beginning to look a lot like Christmas! Joe Jonas gifted wife Sophie Turner an early present that has an unexpected connection to his Disney Channel years. And Turner is loving it!

On Tuesday, December 15, the Game of Thrones alum, 24, took to her Instagram Story to show off her Hannah Montana T-Shirt from the Jonas Brother, 31. “Thanks to the hubbs of the year for my early xmas gift,” she wrote over a pic of her wearing the white top. 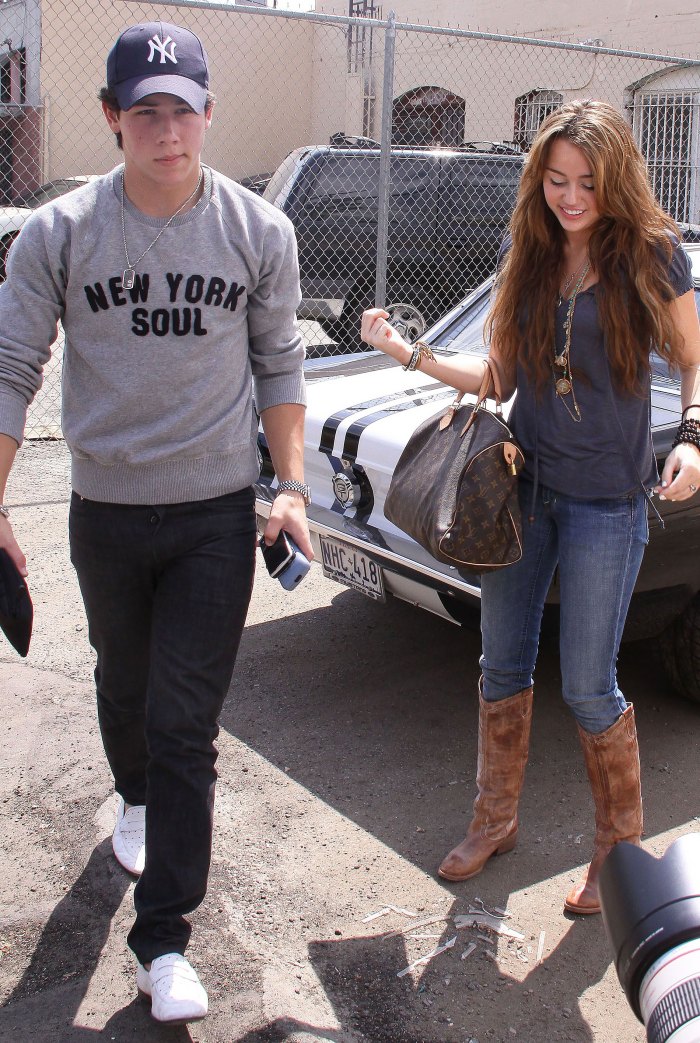 Those who were Disney Channel fans back in the early aughts might remember that from 2006 to 2007, Joe’s brother Nick dated the star of the hit T.V. show, Miley Cyrus. In the Amazon Prime documentary, Chasing Happiness, Kevin Jonas said his then 13-year-old brother was head-over-heels for the young Cyrus. “We got to be on the Hannah Montana episode on the Disney Channel,” the 32-year-old said. “That changed girls for Nick forever. When he met Miley, I think that kid’s head exploded.”

But Turner’s nostalgic tee isn’t your average Hannah Montana merch. Instead, it showcases the “Wrecking Ball” singer’s varying looks, from her wholesome Hannah Montana days to her edgy post-Disney transformation. After all, the 27-year-old has embraced quite drastic changes in her appearance.

A couple a weeks ago, the “Midnight Sky” songstress spoke on the SiriusXM’s The Howard Stern Show how the public has always judged her well-being based on her appearance. Specifically, her hair.

“My hair is some sort of reflection for my sanity, my sexuality, my sobriety,” she told Howard Stern. “The public really makes my hair, I guess, the kind of monitor of how I am doing.”

Then again, she knows that this mentality manifested thanks to her years spent on Hannah Montana. “It’s really not [the public’s] fault that they associate my hair and my identity and my well-being so closely,” she said. “Because basically, we drilled that into their brains for eight years of a series.”

Well, it seems like Turner is a fan of all Cyrus’ wildly different styles.

Bring on the beauty! Lily Collins made quite the statement with her glam during the first season of Emily in...

Missoma has launched Christmas Crackers and they look incredible