Kanye West Returns to Instagram With Necklace Tribute for Kids

Showing his love! Kanye West, who is releasing his new album, Donda, on Friday, returned to Instagram on Tuesday, July 20, to show off a some bling — two necklaces honoring his children.

In the captionless Instagram post, West, who has 5.7 million followers, sported two gold chains, one thicker and one thinner. Each necklace has his children’s names written out in gothic font.

The jewelry seems to be a family gift, as West’s eldest son, Saint, was seen rocking a nearly identical necklace in a photo Kardashian posted to her feed earlier the same day.

While the heavy duty jewels were certainly the focal point of the slideshow, the rest of the fashion designer’s outfit was certainly statement making, too.

West was previously spotted wearing a full-coverage cat print face mask at the Balenciaga fashion show earlier this month and a religious-themed covering while out and about in Paris in June. 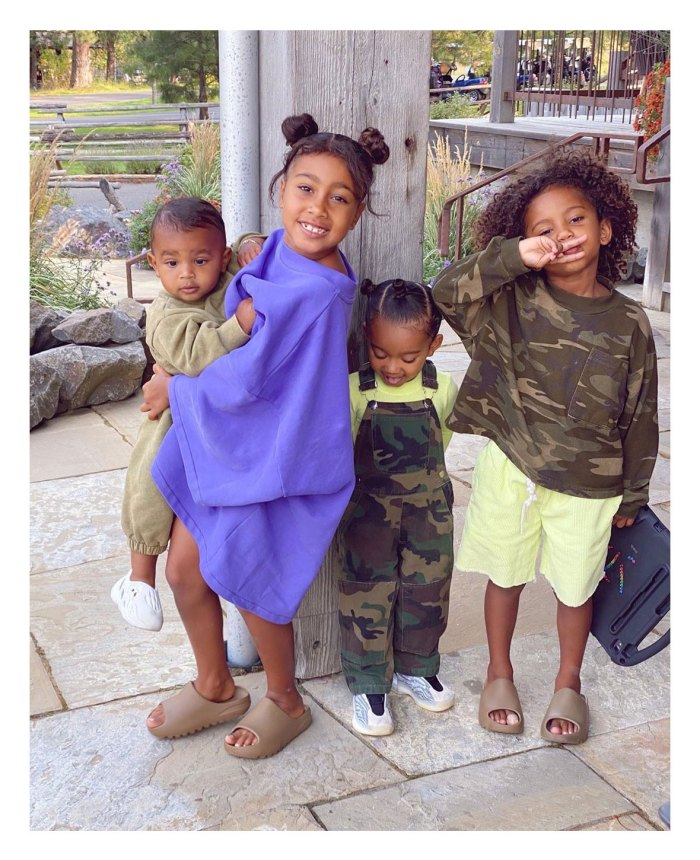 It’s no surprise that fans were shocked by the Instagram post, due in part to the fact that the singer has taken a long hiatus from the social media platform.

Many pointed out that West’s return to the grid is tied to the impending release of his 10th studio album, Donda, on Friday, July 23.

“Donda we ready let’s GOOOO,” one excited fan wrote. Another added, “YEEZY SEASON APPROACHING,” while someone else chimed in: “THE KING IS BACK!”

Music may be one of West’s talents, but other fans were more focused on his status as a fashion icon.

Aside from making moves in the music space, the Yeezy founder also has a collaboration with Gap in the works.

The YZY brand dropped it’s first-ever item on the rapper’s birthday, June 8. It was a $200 blue puffer coat dubbed the “Round Jacket.” The outerwear has no buttons, zippers, pockets or snaps.

Given that the item sold out within hours, it’s likely that the rest of the highly anticipated line will follow suit.

Kim Kardashian. Invision/AP/ShutterstockTrouble with the trademark. Kim Kardashian may have to hit pause on her latest beauty business, SKKN by...

What are the Love Island 2021 girls wearing tonight? How to get Millie’s maxi dress look