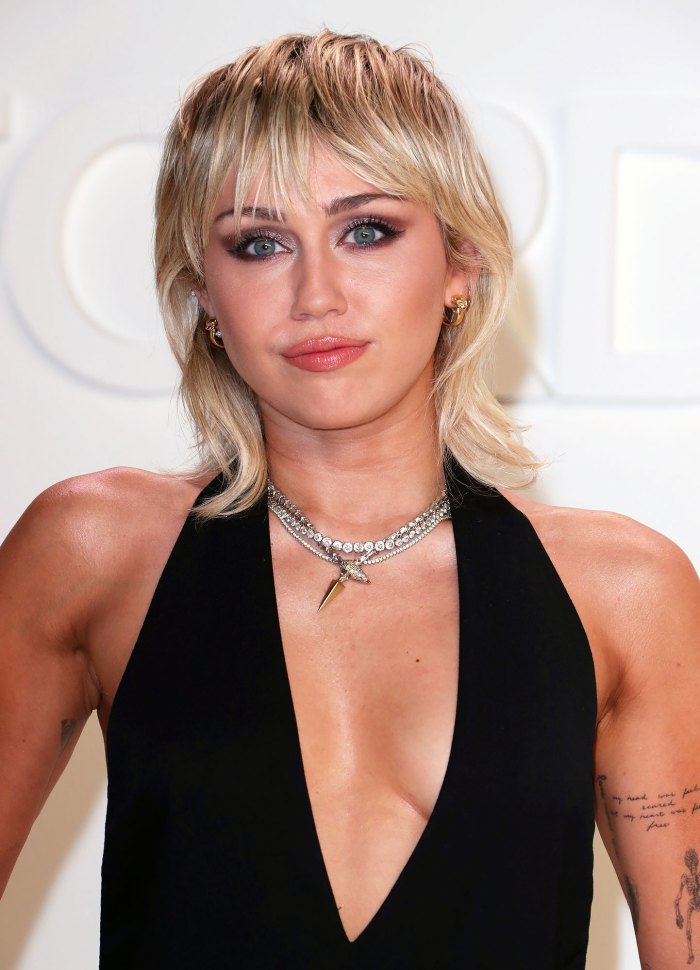 Taking game-day style to the next level! Miley Cyrus isn’t afraid of baring all on social media — and her pre-Super Bowl look proves it.

Before Cyrus stepped onto the stage at TikTok’s first-ever Super Bowl tailgate on Sunday, February 7, she caught fans’ attention in nothing but a black-and-white checkered bralette and matching bikini bottoms from Los Angeles-based brand Related Garments.

“THIRST TAP IN ???☠️?,” she wrote alongside a sexy Instagram video on Sunday, referring to rapper Saweetie’s hit single “Tap In.”

The “Malibu” crooner rocked the same set with baggy blue pants in a video she shared from her private flight to Tampa, Florida, en route to her Super Bowl LV gig. She later gave her social media followers a glimpse at her colorful set before the tailgate, posing on a hot pink billiards table in cut-off denim bottoms and a green T-shirt.

While the ensemble appeared to be sporty and casual, the Disney alum’s cropped T-shirt was designed by Gucci. The football jersey-inspired top was paired with $1,100 Doraemon x Gucci ©Fujiko Pro-Light Eco-Washed Denim Shorts. She finished the look with knee-high vintage Dior boots. 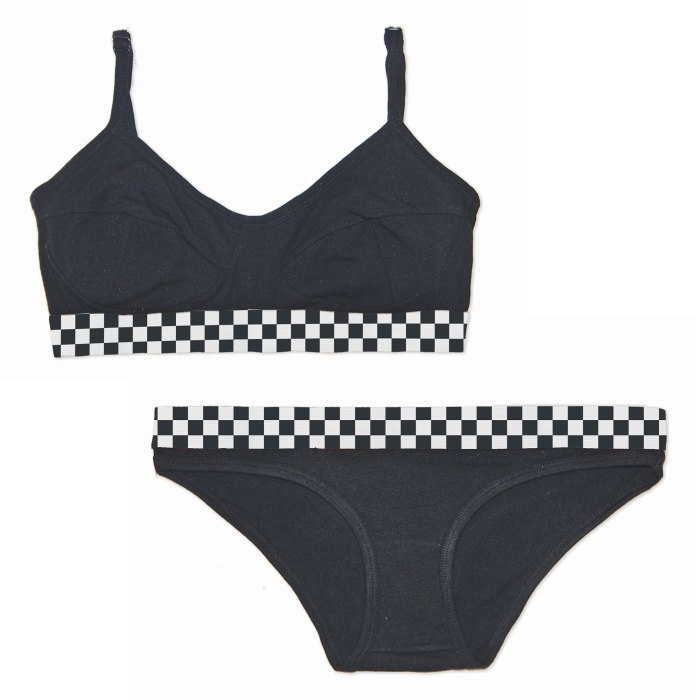 When Cyrus took the stage with rock superstar Joan Jett, she changed into a custom Gucci faux football uniform, which she teamed with white sequin embroidered cropped pants and sky-high pumps. The two performed “Bad Karma,” their duet from Cyrus’ 2020 album, Plastic Hearts, and Jett’s classics “Bad Reputation” and “I Hate Myself for Loving You.”

Rock legend Billy Idol also made an appearance, performing the Plastic Hearts collab “Night Crawling.” The duo surprised viewers with a rendition of Idol’s 1982 hit “White Wedding.” During the performance, Cyrus showed off her toned figure in a black-and-pink cheerleading outfit complete with a leather crop top that read “FTW” (for the win).

Cyrus’ Related Garments Bandit bralette retails for just $20, while the matching Bandit briefs are $18. Both are available now on the brand’s website.