ONE Primark employee and one former worker have revealed the best tips for nabbing a bargain this Christmas.

The pair have revealed when stock comes in at Christmas, and their insider tricks for shopping in the iconic high street store on Boxing Day. 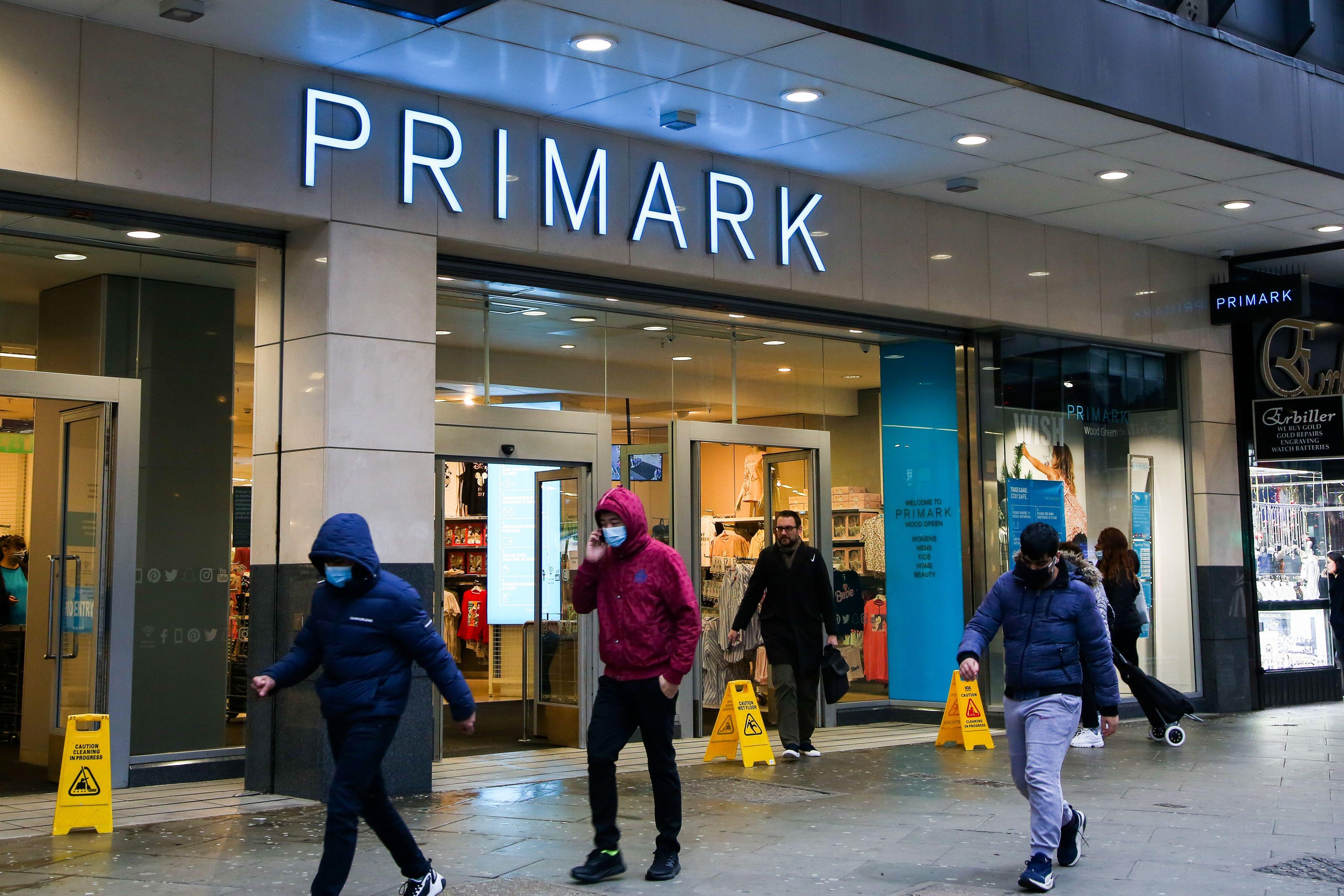 Christmas time is a popular time to shop at PrimarkCredit: Alamy Live News

Megan, 27, from Chelmsford, started working in her local Primark store in March 2015 and has continued her employment there for nearly six years.

The retail assistant, who forms part of the delivery team putting stock out, has used her Primark experience to share her tips so that people can make the most of their Christmas shopping sprees.

However she revealed that shelves can be emptied in “minutes” due to the festive madness.

The 27-year-old revealed that most staff members “flex up their hours” in the middle of November as this is when it starts to pick up for the Christmas period. 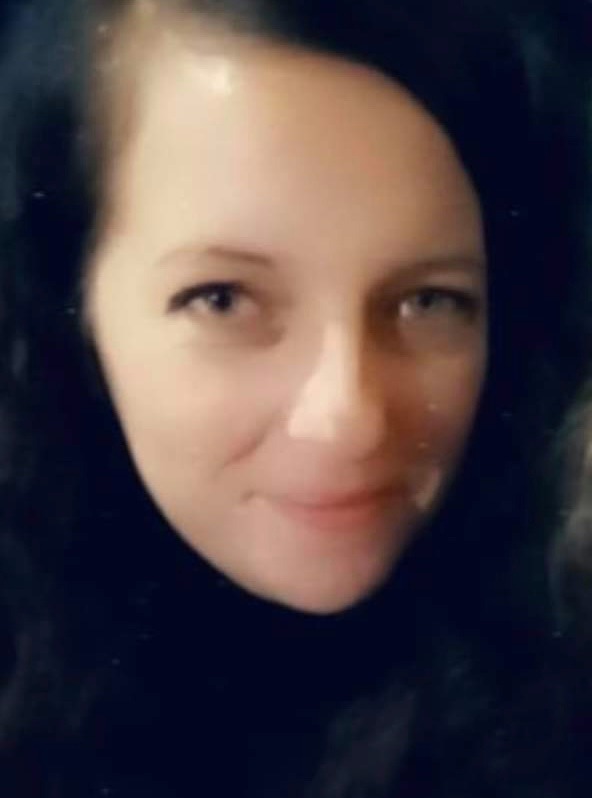 Megan said: “In our store, we have deliveries Monday to Saturday so there is new stock nearly everyday.

“On Sundays, employees fill from the stock room so the shop floor is always stocked.

“In our store we get a delivery at 5am which is worked as soon as it comes off the lorry so the best time to come in would be as soon as the shop opens as that’s when the newest, latest stuff will be out in the full size range.”

Megan admitted that shoppers simply do not understand how quickly clothing and items can sell out in Primark during the busy Christmas period.

The employee, who revealed Primark’s busiest period is between 11am and 3pm, said demand can be so high for ladieswear items, that there’s often only one or two left in the box.

I don’t think many people understand how quickly something can sell out in Primark.

She recommends people shop early in the morning to avoid being disappointed.

She added: “Christmas is so much busier than any other time of the year, we have so much more stock coming in and all the staff are working really hard to keep the shelves full.

“I don’t think many people understand how quickly something can sell out in Primark.

“The shelves can be empty within minutes – it’s madness! We are all working extra hours to keep these shelves full though so please be kind to staff as it’s hard for us too.

“My top tip is to go in early and avoid weekends, Saturdays especially. Also if you’re in need of something, ask a staff member and they will advise you with what you want or show you where something is. 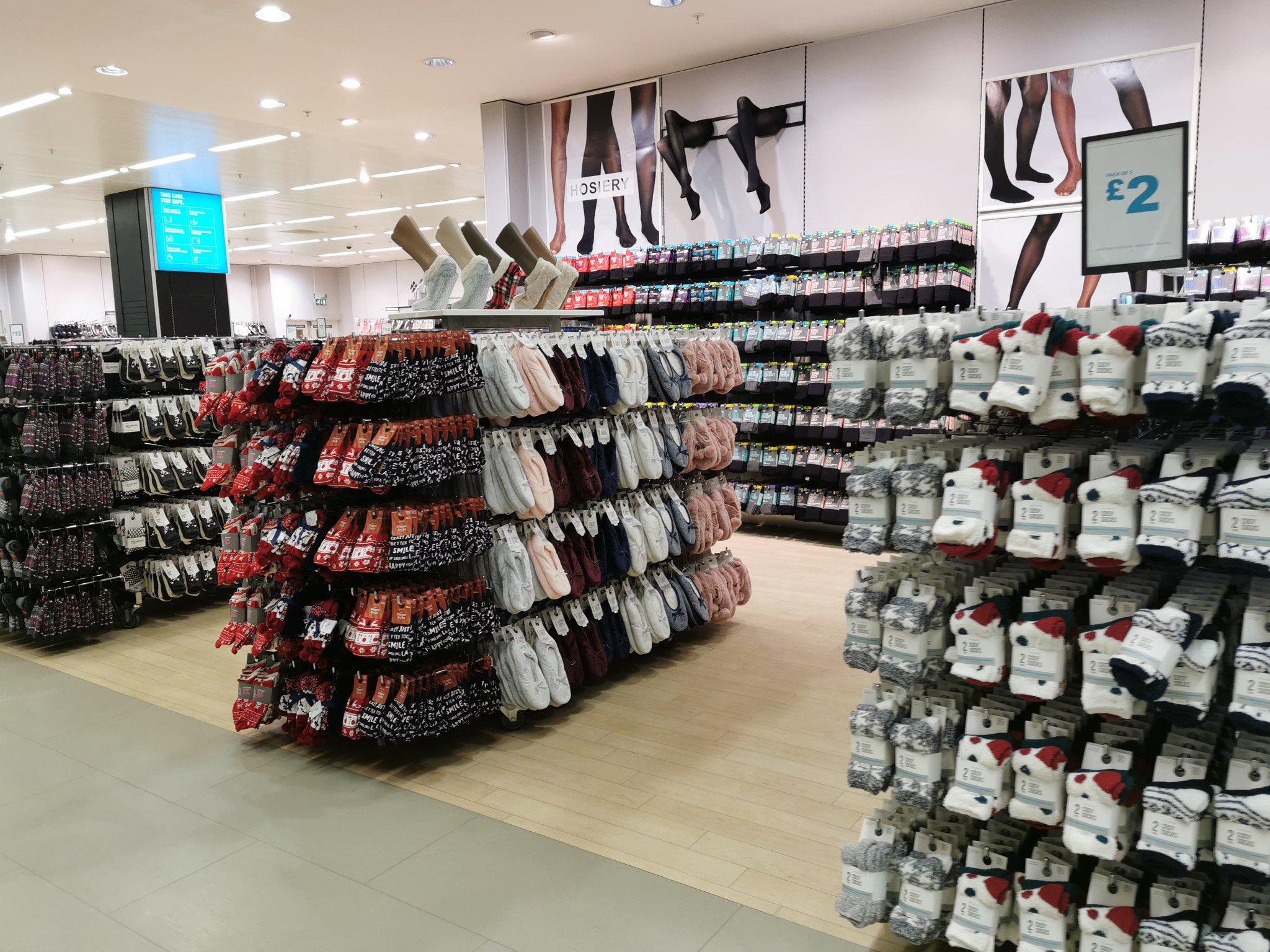 Megan said to shop early in the morning to avoid missing out Credit: MEN Media

“However changing rooms are closed until next year. You’re not allowed to try anything on – whether it’s shoes, hats, scarves, or glasses – literally nothing.”

Megan also revealed that Primark has designated stock come in from the depot – especially for the Boxing Day sales.

She said it is usually items that have already been available on the shelves – but more of it, especially for the hectic sale day.

The retail assistant revealed that there’s reductions across most departments in the store – with the biggest reductions in the ladieswear section.

However she claimed that this doesn’t include pyjamas or shoes because they are classed as a different department.

The reductions are usually put in place on Christmas Eve ready for the Boxing Day sales.

Megan added: “The reductions are usually put in place on Christmas Eve ready for the Boxing Day sales.

“But items won’t get reduction stickers put on until literally Boxing Day morning so the best time to go would be in the morning.”

Elsewhere Aimee, 28, who worked in an Essex Primark store until early this year, admitted the run-up to Christmas is “always manic”.

The former retail operative, who began working in Primark in 2013, said one Christmas, PJ box sets had to be restocked on the shop floor every hour because they kept selling out so quickly.

The 28-year-old said she remembers constantly rearranging the display stands at Christmas time, because stock “flew out” of the store quickly. 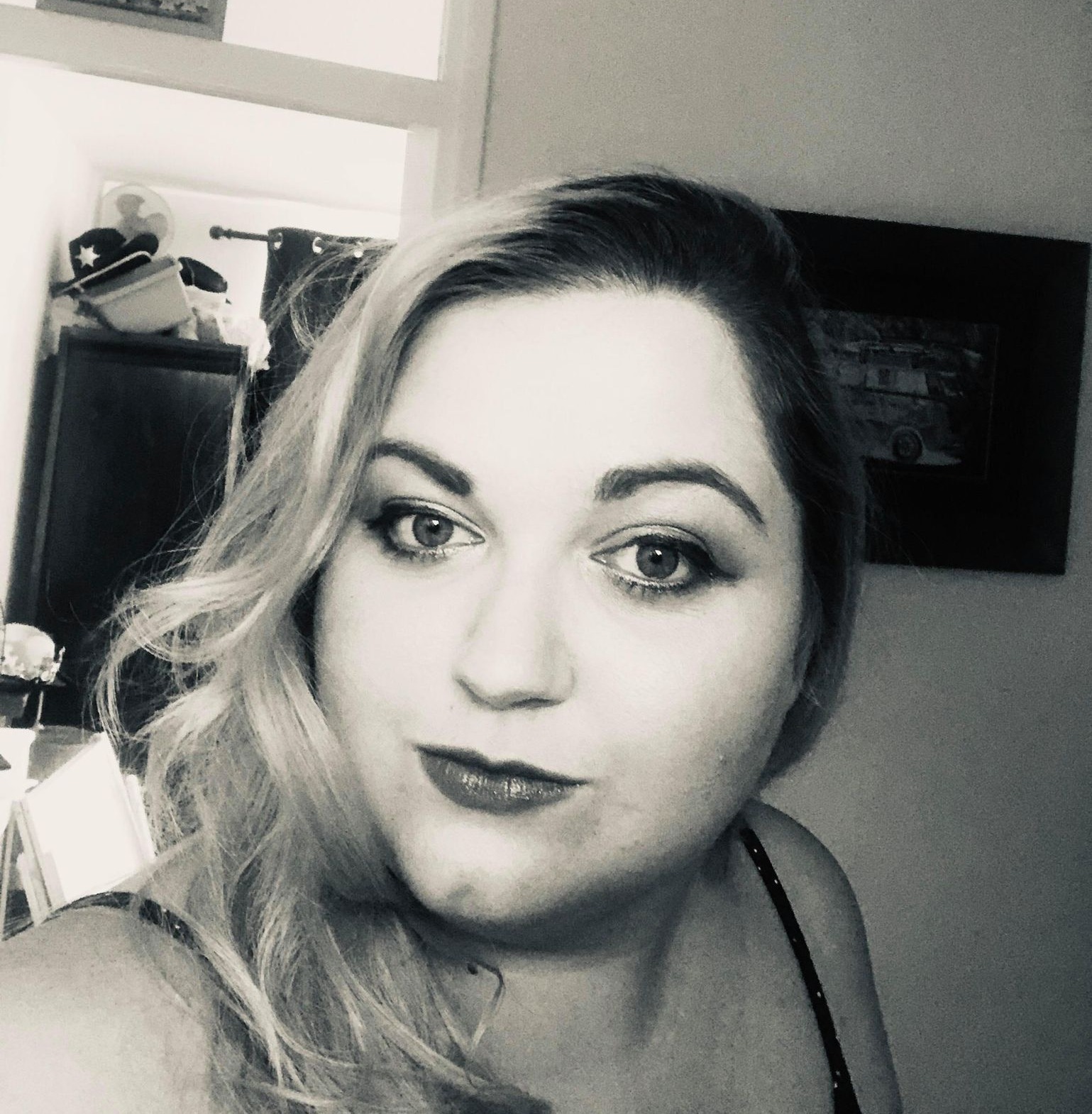 Aimee, 28, said PJ box sets had to be restocked on the shop floor every hour when she worked thereCredit: Supplied

She said: “There were always people moaning that things were out of stock at Christmas time.

“But Christmas stock does usually start coming in during August and September to give everyone a chance to prepare for presents.

“Everyday, there was new stock coming in across the store which was usually put at the front of stands to catch people’s attention.”

The former Primark employee admitted the busy period is “great” for overtime compared to the rest of the year but said unfortunately shoppers are less friendly due to rushing around.

The ex Primark worker said she would encourage people not to leave their Primark Christmas shopping trip to the last minute – due to high demand.

However she admitted that the Boxing Dale sales were never “that good”.

The sales usually start the week before Christmas to sell off any leftover Christmas items quickly but some things will be reduced a second time to clear the remaining items.

Aimee said: “Boxing Day sales are never that good in my opinion.

“The sales usually start the week before Christmas to sell off any leftover Christmas items quickly but some things will be reduced a second time to clear the remaining items.

“So if you want a good bargain, I suggest looking through properly and as neatly as you can as once people start knocking items off hangers, you can’t get to the other bargains with all the hangers tangled and stuck together.

“I used to look through the sale rails weekly as every week some stock gets reduced and sometimes stock that is reduced can get missed where staff have so much to mark down.

“So if there is something that looks like old stock and looks like it has been there a while, it’s definitely worth checking at the till.” 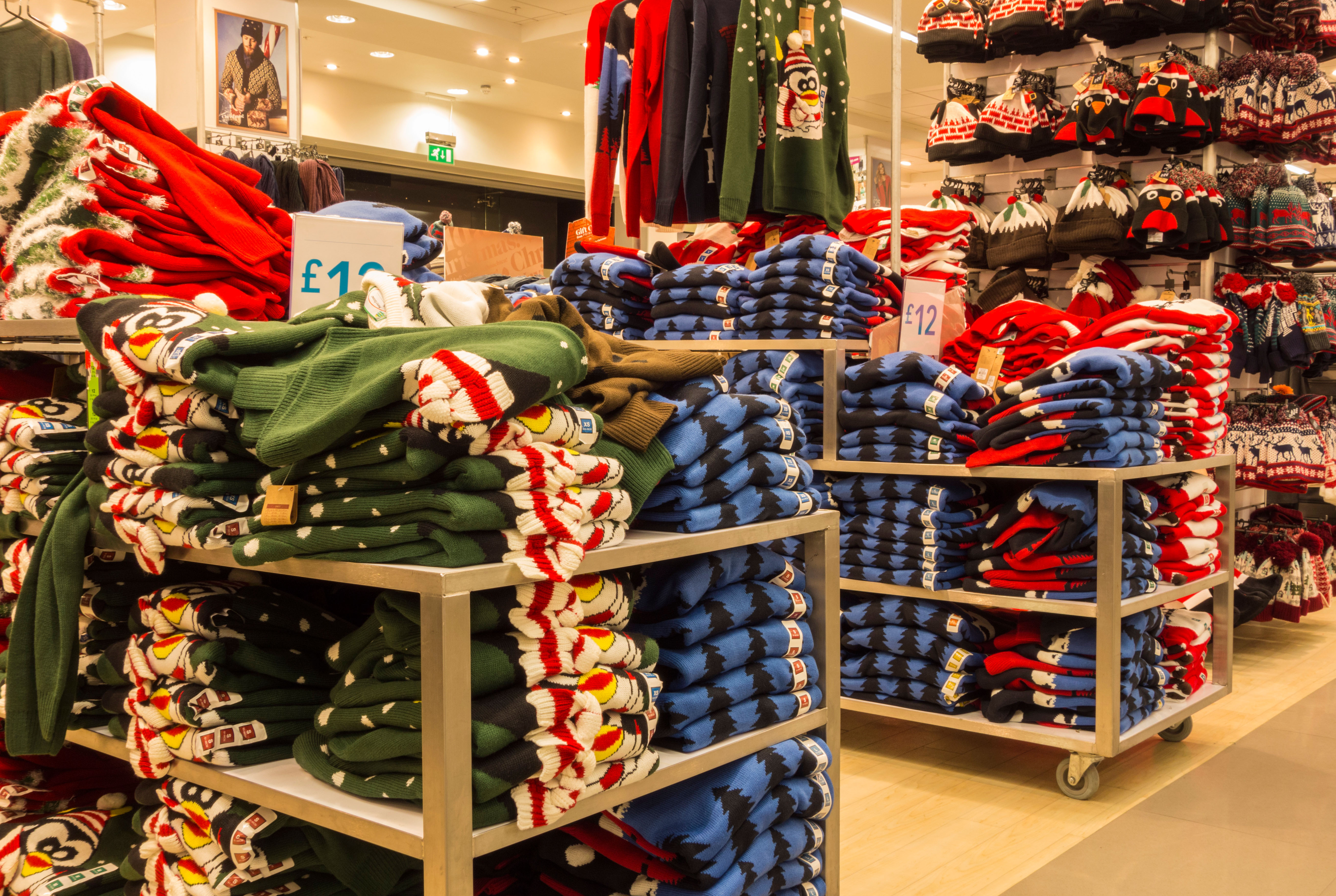 Christmas stock gets reduced before Christmas, not afterCredit: Alamy

Aimee said she enjoyed working the overnight shifts at Christmas as she got to help set up displays and make the store look nice before customers came in.

However she revealed customers are often left disappointed when items sell out weekly and there is no stock left.

She added: “Overnight shifts were the best as you didn’t have people moving stuff  and dumping it somewhere else when you are trying to make it neat.

“You get to work as a great team to get it completed before other staff come back in the early hours.

“If you are just looking for any bargain at Christmas time, my final tip would be to keep checking sale rails weekly especially near the end of the week as that’s when they usually have reduced days in every department.

“There are also usually boxes near the tills and end of aisles where they put in products that are usually good deals or reduced items so always worth a look!”

Meanwhile, an Ex-Primark worker reveals the best time to grab new stock and why you should ALWAYS take home the hangers.

And on Fabulous we previously shared these shopping secrets from Primark workers.