Classic rewind! Sarah Michelle Gellar just made a major case for the return of ‘80s beauty trends — and fans are all for the throwback.

On Wednesday, January 12, the 44-year-old actress shared a video to Instagram looking straight out of the famed decade. She wore blue eyeshadow and bold blush, rounded out with glossy pink lipstick. As for hair? She wore it pulled back into a bun and let her fringe bangs and face framing tendrils take center stage. And that’s not all. She acessorized the look with two mismatched neon lightning bolt earrings.

“As I’ve been fairly unimpressed by 2022 so far, I’m think of just bringing 1983 back,” she wrote in the accompanying caption. 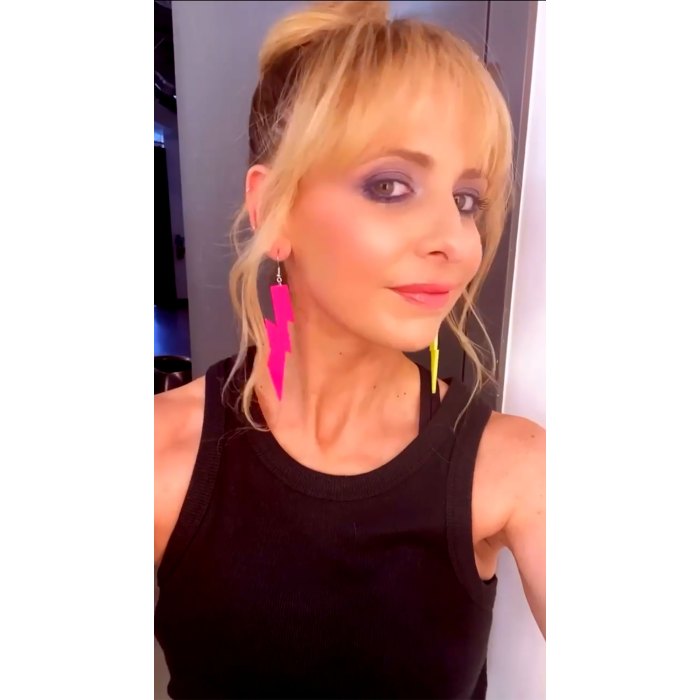 It didn’t take long for fans and famous friends to jump into the comments section, seemingly signing the petition for a return to the trends. “I’m ok with that,” Selma Blair wrote, while celebrity hairstylist Rachel Godwin said, “YES!”

One user pointed out that the whole look was serving “Gem and the Holograms” vibes, while others echoed her sentiment for a “return to the ‘80s.”

Gellar isn’t the only star that’s been calling for a resurgence of decades-old trends. In fact, everyone from Tori Spelling to Christina Aguilera is calling for ‘90s and early 2000s fashion to make a comeback.

In a November 2021 interview, the “Lady Marmalade” singer stated her support for a low-rise jean revival. “I know low rise is coming back and the under-the-boob moments are coming back strong. It’s really nice to look back and to recognize a lot of these moments,” she said in an interview with InStyle. “I know many female artists go through this, but sometimes we get heat for doing certain things or not everyone gets it.”

Spelling, for her part, revealed in an April 2021 interview with Us Weekly that she loves that the whole crop top and mom jeans trend is making a comeback. While she “invented” a handful of the looks on 90210 — and loves seeing her daughter rock the fashion — Spelling revealed that she’s yet to embrace all the looks once again.

“I get this feeling that we created the styles, it’s back now and it’s all cool,” Spelling said. “But, my best friend, Jennie Garth, tells me all the time, ‘You can’t wear that.’”

Here for the fashion! Kanye West and Julia Fox are taking on Paris Men’s Fashion Week in style. And even...