Woman gets stuck in her dress while home alone

WE CAN all relate to the sheer panic that comes with trying to get a dress off that just won’t budge.

Thankfully most of us will have a partner, friend or family member on hand to help shift us out of a tight-fitting frock, however, this was not the case for TikTok user Mandy.

Mandy was left in a panic when she got stuck in her dress while home aloneCredit: TikTok/@slurricanemandy 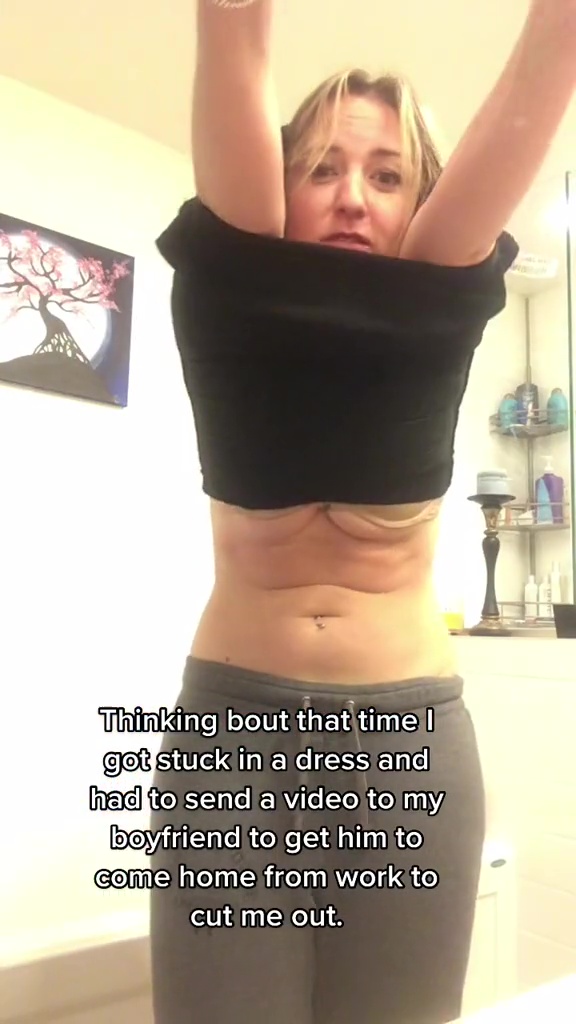 She sent a video to her boyfriend begging him to come help her which she later shared on TikTokCredit: TikTok/@slurricanemandy 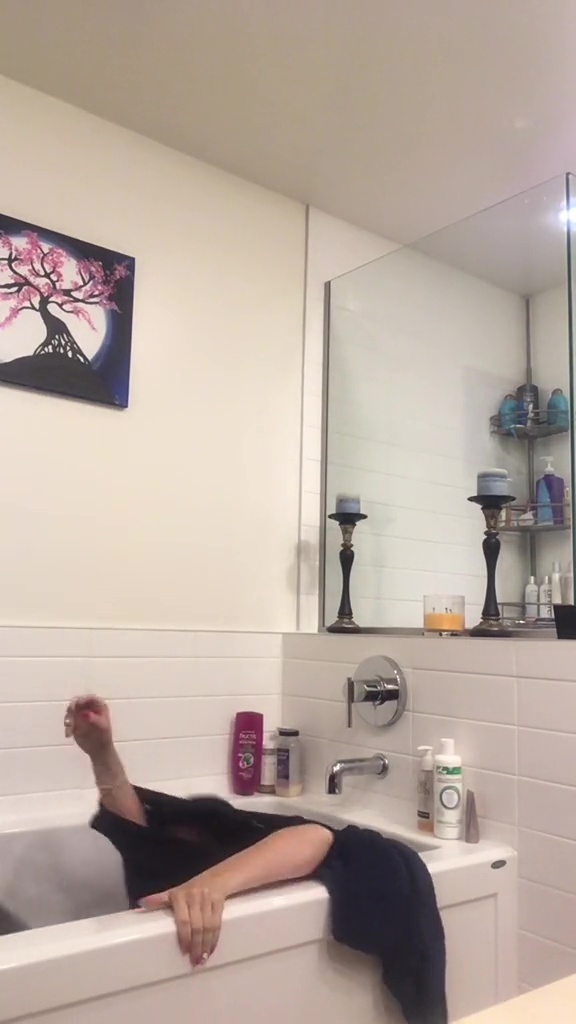 The video ends with the woman being knocked into the bath tub by her own dogCredit: TikTok/@slurricanemandy

The woman shared a video of herself struggling to get out of her black body-con dress while home alone – and it all ends in disaster.

Taking to her TikTok account, Mandy films herself struggling to get out of the outfit after returning home from an evening out.

Captioning the video, she writes: “Thinking bout that time I got stuck in a dress and had to send a video to my boyfriend to get him to come home from work to cut me out.”

“You need to see this,” she tells her boyfriend as she struggles to shift the dress past her shoulders, “I’m actually really stuck.”

Tugging at the dress threatens to take her bra with it, so she says, “I’ll try not to flash you so I’ll turn around.”

After a few more attempts, she breathlessly tells viewers, “I need help!”

Exhausted, she perches on the edge of the bath, and at that exact moment her dog jumps up to her aid, surprising Mandy who falls backwards into the bath.

Mandy admitted that it had taken her five years to summon up the courage to post the video writing, “It had no zipper and I saw stars/ my life flash before my eyes.”

But it seems it was worth the wait as the clip has since gone viral, amassing over 17 million views, and leaving her followers in hysterics with many relating to the struggle.

Commenting on the post, one wrote: “When she sat down because she was tired… I felt that.”

“I’m feeling claustrophobic just watching this,” added another, while a third wrote, “I feel bad for laughing lmao.”

Jessica Simpson Set to Buy Back Her Fashion Brand: Details

Boss babe! Jessica Simpson is buying back her fashion label — and she couldn’t be more excited to take “complete...

I hated being an accountant so quit & set up a £25m firm – mum had no idea for 2 years, now I’ve paid off her house