A WOMAN is mortified after realising she’s been wearing a jumpsuit as a top – for four years.

Madison, from the US, admitted she always found the outfit ‘complicated’ to put on, revealing she always put both her thighs through just one leg hole. 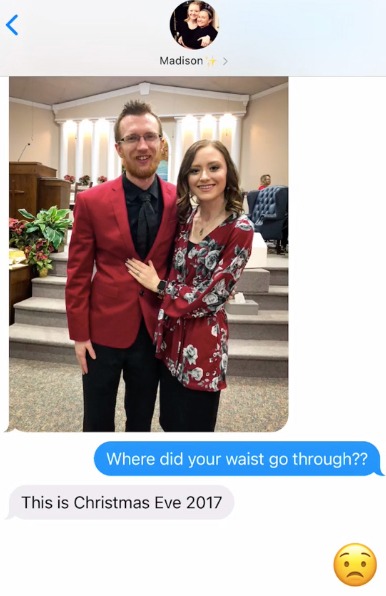 A woman was mortified after discovering she’s been wearing a jumpsuit wrong for yearsCredit: teampierce/TikTok

To her horror she only just found out she’d been wearing the floral romper wrong for years, sharing snaps of herself in the ‘top’ – with one leg hole hanging at her side.

Madison’s pal shared her hilarious fashion faux pas to TikTok, as she said: “I have had this top for like OVER 4 YEARS and I am JUST NOW realising that it is NOT a top, it is ROMPER.”

Madison shared a snap of herself from Christmas Eve 2017 – illustrating how she wore the jumpsuit as just a top.

Madison continued: “I have worn it SEVERAL times as a TOP. 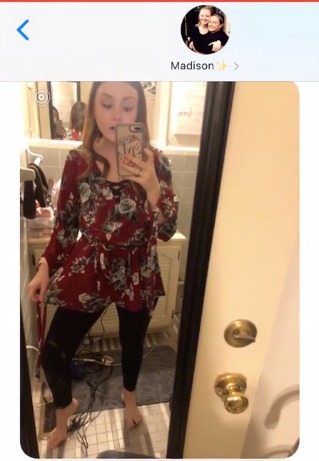 She thought it was a top – and put both her thighs through just one leg hole Credit: teampierce/TikTok

“It always bugged me how complicated it was to put on and how it never made any sense and now I freaking know why.

“I just put it through ONE of the leg holes. That I didn’t know were LEG HOLES.

“I thought it was one of those flowy side-swept tops. FOUR YEARS.”

Her confused pal was in stitches, as she asked if one of the leg holes was simply ‘hanging at the side’ – to which a mortified Madison replied yes. 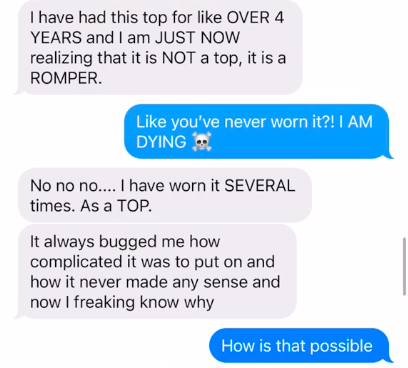 To her horror she realised she’d been wearing it as a top for four yearsCredit: teampierce/TikTok

And Madison even shared a shocked snap of herself finally wearing the jumpsuit as intended – with both legs in each hole.

Her gaffe has racked up nearly two million views, with people calling her hilarious mistake ‘relatable’.

One person said: “I like it better as a top anyway, Madison.”

Another commented: “Still trying to figure out how you wore it as a top.”

A third wrote: “I just love how relatable this is.” 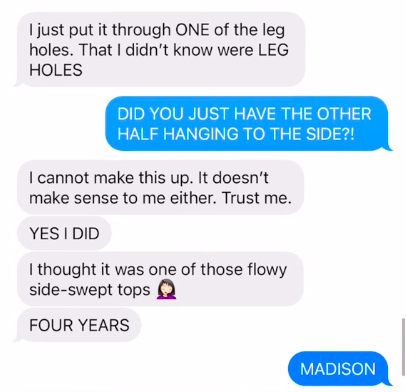 She admitted she always found the top ‘complicated’ to put onCredit: teampierce/TikTok

This person thought: “4 years Madison?? It never occurred to you?”

Another admitted: “I have also done this. Why do they make some of the leg holes so open and flowy? Lol.”

While someone else added: “Her face in the first picture you can still see the shock.” 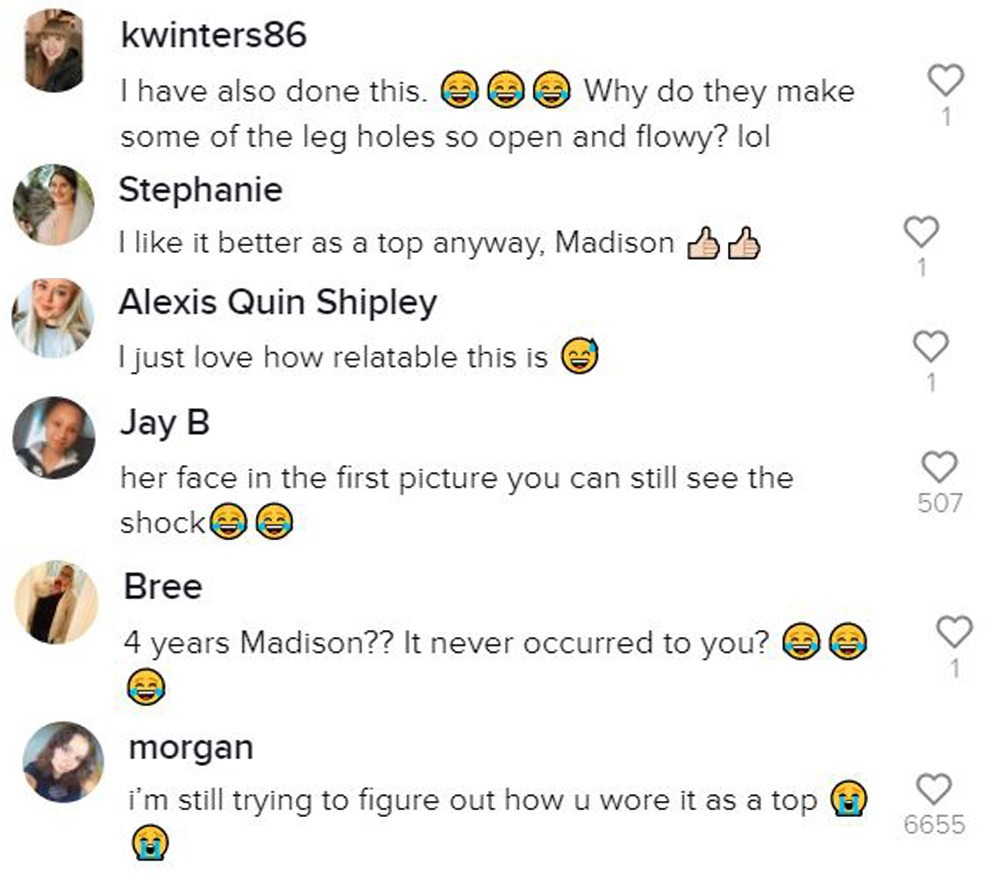 Her fashion faux pas has racked up nearly two million views after her pal shared it to TikTokCredit: teampierce/TikTok

While this woman revealed she goes bin diving to look for new make-up as it’s ‘expensive’.

And this woman’s clever towel hack will stop your car windscreen freezing overnight.

Plus this woman slammed her sister-in-law for copying her wedding dress.

Before there were the Oscars, there were many, many events in the lives of nominees, including Renée Zellweger. Zellweger has...