DO you have an old pair of Ugg boots at the back of your wardrobe?

Savvy Phoebe Loveridge, who lives in Plymouth, has shown how she transformed hers to look as good as new using a bargain 79p spray – and people are keen to copy her. 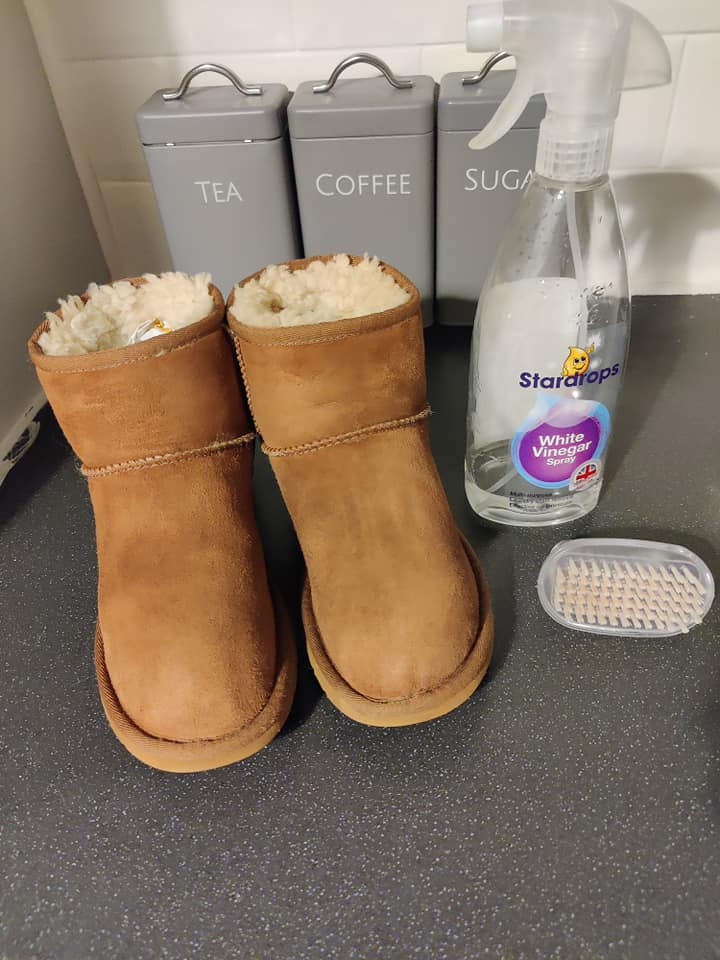 Phoebe Loveridge was able to transform her Uggs to look as good as new with a very simple methodCredit: Facebook

She uploaded some striking before and after pictures of her boots, and they now look like they could be straight off a shop shelf.

Taking to the Facebook group Hinch Army Cleaning Tips, she said: “From seeing the posts about cleaning UGG boots, I thought I would attempt to bring mine back to life. I am so happy with the result!

“They’re super soft again and have held the shape like they’re new again!”

Firstly she stuffed each boot with newspaper to reshape them, and then sprayed white vinegar spray over the whole boot suede. 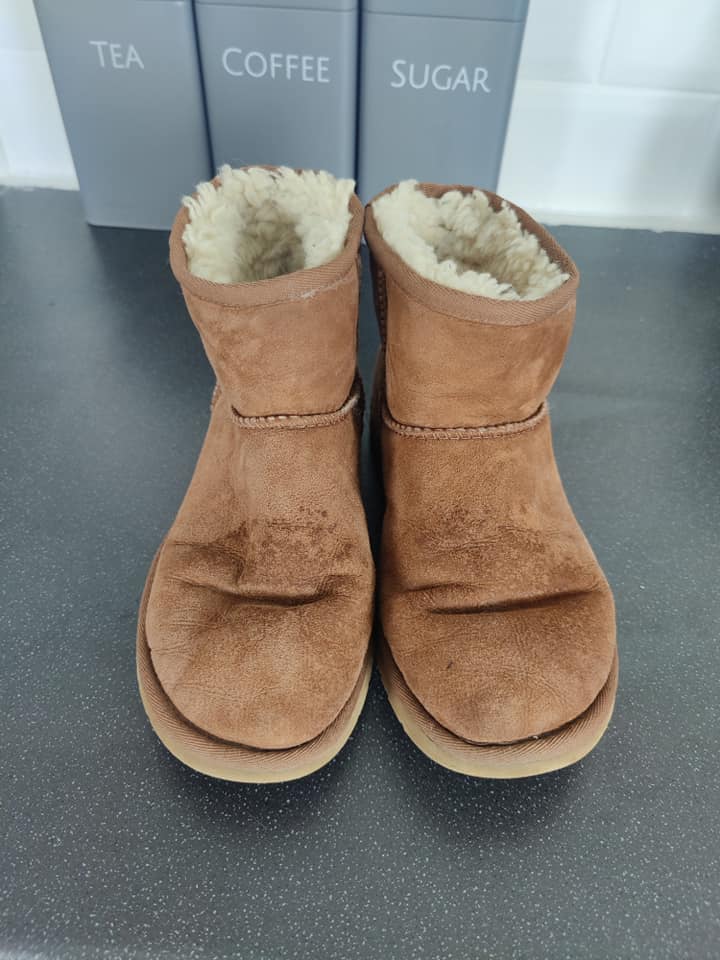 Phoebe shared how her Ugg boots looked rather old and tired before her cleaning processCredit: Facebook

You can pick up Stardrops White Vinegar Spray for 79p from B&M, or £1.50 from Wilko.

Next, she used a brush to go over the suede gently in strokes and light circles.

She then got a damp cloth, and blotted the suede to remove any excess dirt and vinegar. 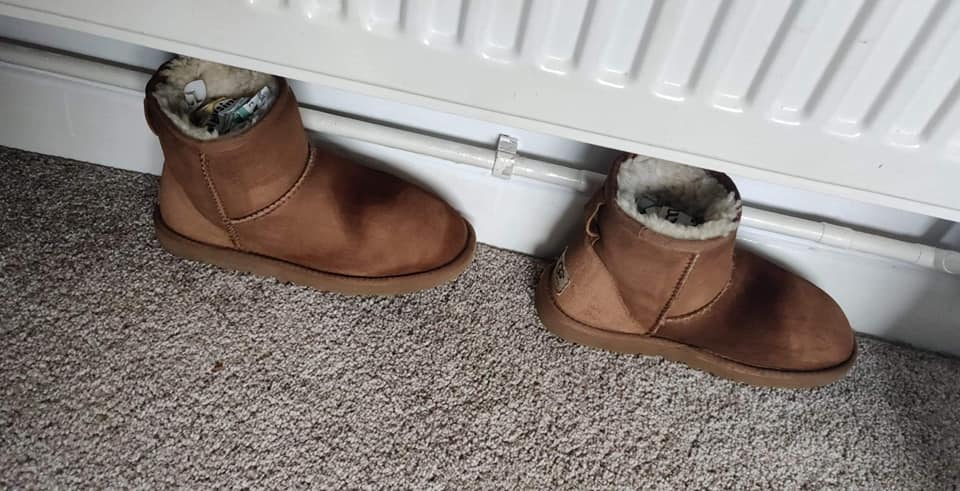 She sprayed her Uggs in white vinegar and then gently brushed them, before blotting off and then leaving to dryCredit: Facebook 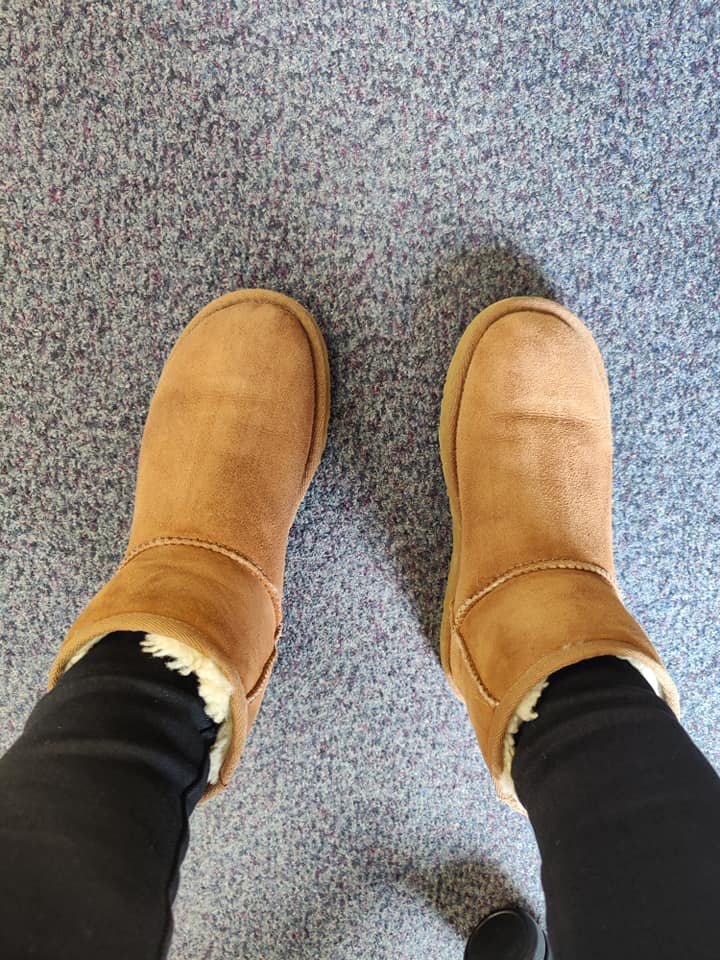 Phoebe has been praised by Ugg owners for her incredible DIY jobCredit: Facebook

Phoebe then left her Ugg boots to dry under the radiator, and then brushed them once again when they were no longer damp.

Her post has cleaning impressed other Ugg owners, and has racked up over 1,500 likes.

Phoebe added: “Thank you for all the comments, they’re definitely not photoshopped.

“They did smell like vinegar when they were wet but now they have dried, I can just about smell a hint of vinegar if I really put my nose on them, but I think even that will fade even more.

“Glad I can help others.”

HOW PHOEBE RESTORED HER UGGS

• Stuff each boot with newspaper to reshape

• Using a brush (she used a nail brush), gently go all over suede (strokes and light circles)

• Using a damp cloth, blot the suede all over to remove any excess dirt and vinegar

• Leave underneath a radiator to dry

• Once dry, brush the suede

One person raved: “I’m gonna try this myself.”

Another added: “Thank you so so much for this Iv been asking if anyone knows of anyone cleaning them professionally.”

A third commented: “I put mine in the washing machine. Then put them on the radiator to dry. Brushed with a nail brush gently then. They’re not as soft as they were but they’re clean and look grand!”

We shared how women are raving about Ugg hack that transforms their old boots into cosy sheepskin slippers.

In other DIY news, this woman renovated her rundown pad for £5,000 in just four weeks.

And a couple transformed a dark and gloomy pad into a stylish home for £6k – despite having NO DIY experience.