WITH the shops being closed for so much of the last year, our only choice has been to pound the keyboard and shop online.

Shopping in your pyjamas may come with its perks but it does mean some of the items can look a bit unexpected on delivery.

The surprised shopper took to TikTok to show what she was expecting when she bought the InTheStyle coatCredit: Tiktok / briabob

One woman took to TikTok to share a hilarious experience she had when making a purchase from Jacqueline Jossa’s InTheStyle range.

Briony could hardly contain her laughter as she highlighted the fun jacket she expected to receive when she placed the order.

She then revealed the look that actually arrived with a picture of herself, completely swamped by the massive overcoat that looked much like a duvet wrapped around her. 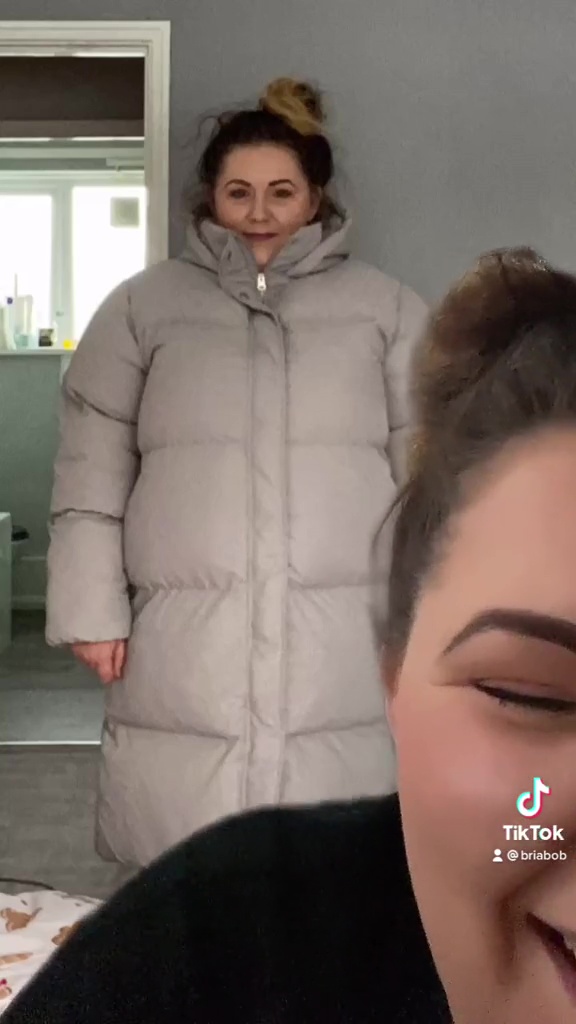 Fellow TikTokers commented that the jacket made her look like the ‘marshmallow man’Credit: Tiktok / briabob

Fellow TikTokers couldn’t believe the difference between the two pictures.

One said: “Howling! It’s like the marshmallow man from ghostbusters outfit.”

Another agreed: “Same!! Mine came, thought I was gonna look so cool just like Jac… I look like marshmallow man.”

Another savvy shopper took the opportunity to save herself the bother of buying it.

She said: “This is in my basket, definitely removing it!”

But this shopper isn’t the only one, other confused shoppers shared the hilarious fashion fails they spotted in store and online — and what they should have looked like.

Plus these hilarious shopping fails show the problem with buying online… from an accidentally tiny backpack to a VERY tight jumpsuit.

And another mum left everyone in hysterics when she bought her daughter this seemingly rude gift.