A WOMAN’S listing for her “lucky” dress has gone viral after she shared some very explicit details about the item.

The anonymous woman from the US had advertised the red lace dress on the app Depop for $75 (£55) which may seem steep for a second-hand dress but the seller was convinced it’s worth the money. 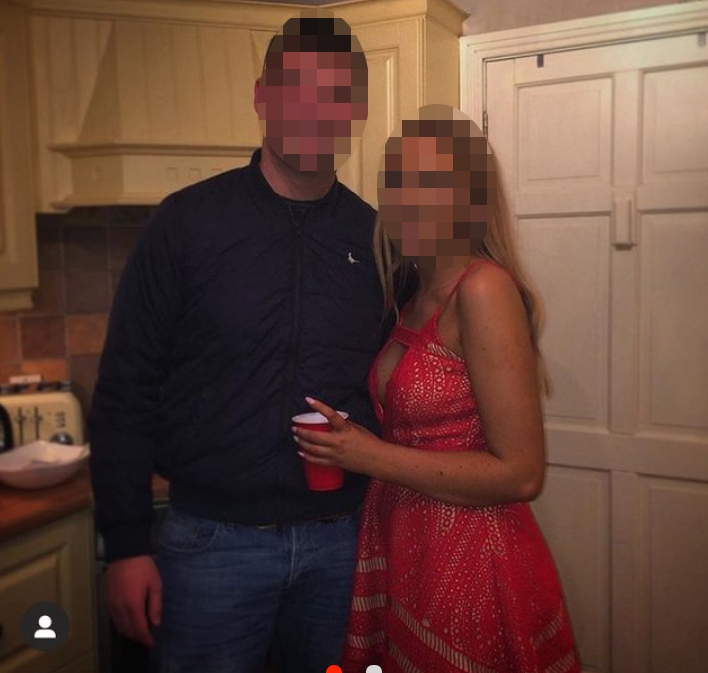 The woman advertised her “lucky” dress on DepopCredit: Reddit

She described how anyone who had worn the dress had then taken part in the same sext act.

In the product description she wrote: “Selling my 18th birthday dress.

“Only worn once for a couple of hours, would consider this a lucky dress as me and all my friends who have worn it have got f****** in it.

“Dry cleaned as I got sick on it.”

And if that wasn’t enough to sway you the seller is also willing to throw in the earrings she was wearing. 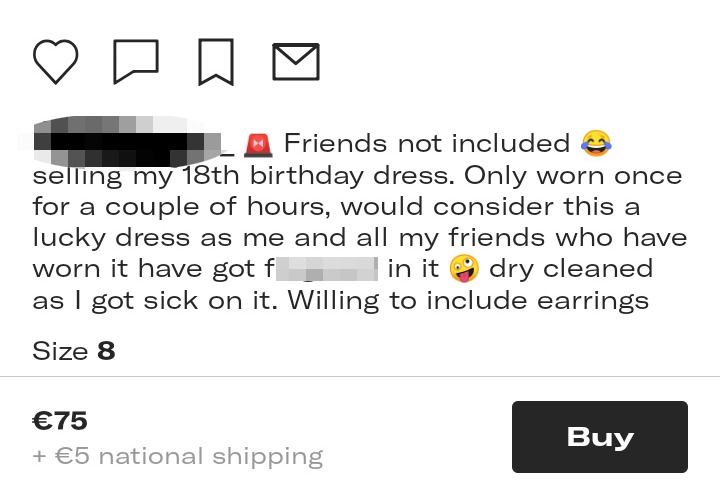 The seller was quick to reassure buyers that her sick had been cleaned off the dress and she was willing to throw in the earringsCredit: Reddit

Her listing has since been shared on Reddit where it has been dubbed “trashy.”

Commenting on the post, one wrote: “Seriously, who’s the target customer for this kind of merchandise?”

“I’m sold” joked another, while a third wrote, “A picture of just the dress and less of a description would be just fine.”

The video was shared on the subreddit r/Trashy.

The group has over 2.2 million members and is described as a place for “trashy stories, trashy glamour, all things fake, plastic and downright trashy.”

In other shopping fails, this Asos shopper was left in hysterics when the trousers she bought were so see-through you could see her privates.

And Shein was ridiculed for this high cut bodysuit that looks like “Borat’s mankini”.

Plus Gucci is flogging a £865 coat for babies – and it’ll only last three months. 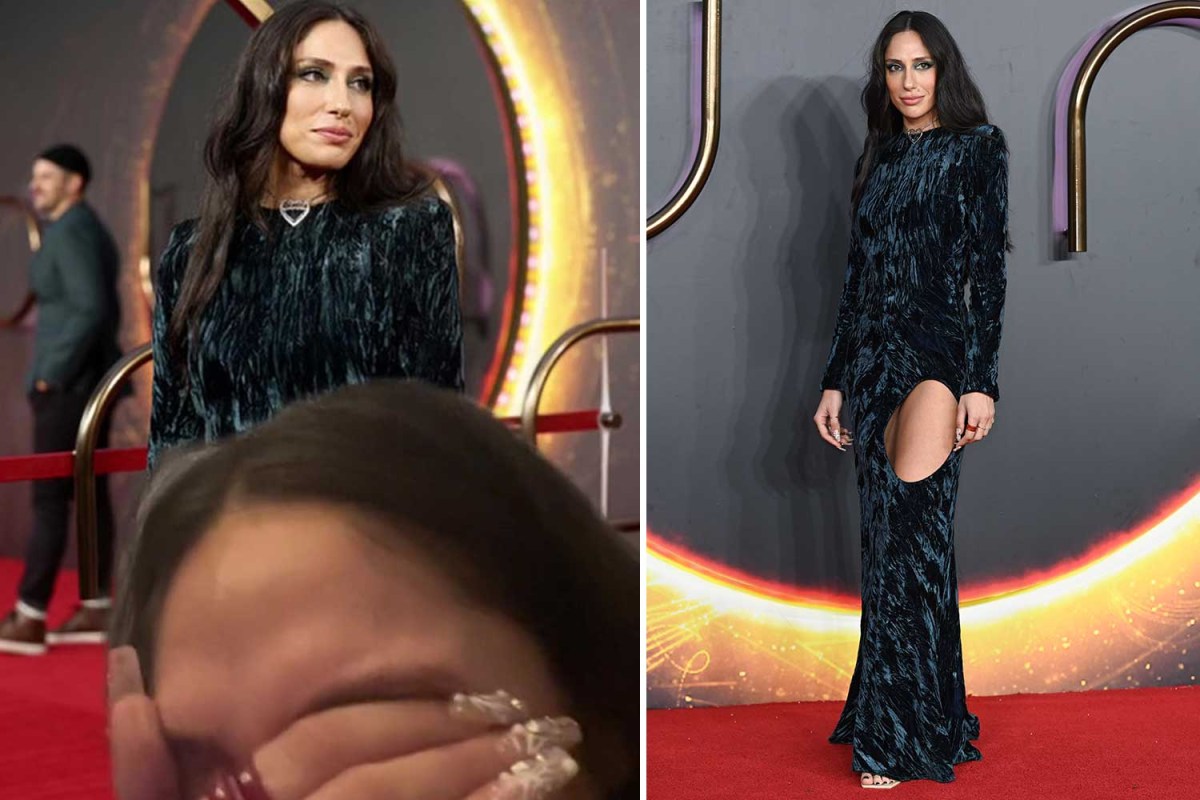 AN INFLUENCER took to TikTok to share her awkward red carpet wardrobe malfunction this week. Tefi Pessoa, 31, attended the...

Inside the PrettyLittleThing hotel with its own pool, private chef & LOADS of freebies

Teen left heartbroken by ‘cruel’ reaction to her homecoming dress

Fashion: The best red and pink clothes for this season’s trendiest pairing