The snack bar was buried under tonnes of volcanic ash but has now emerged and provided a fascinating insight into daily life. 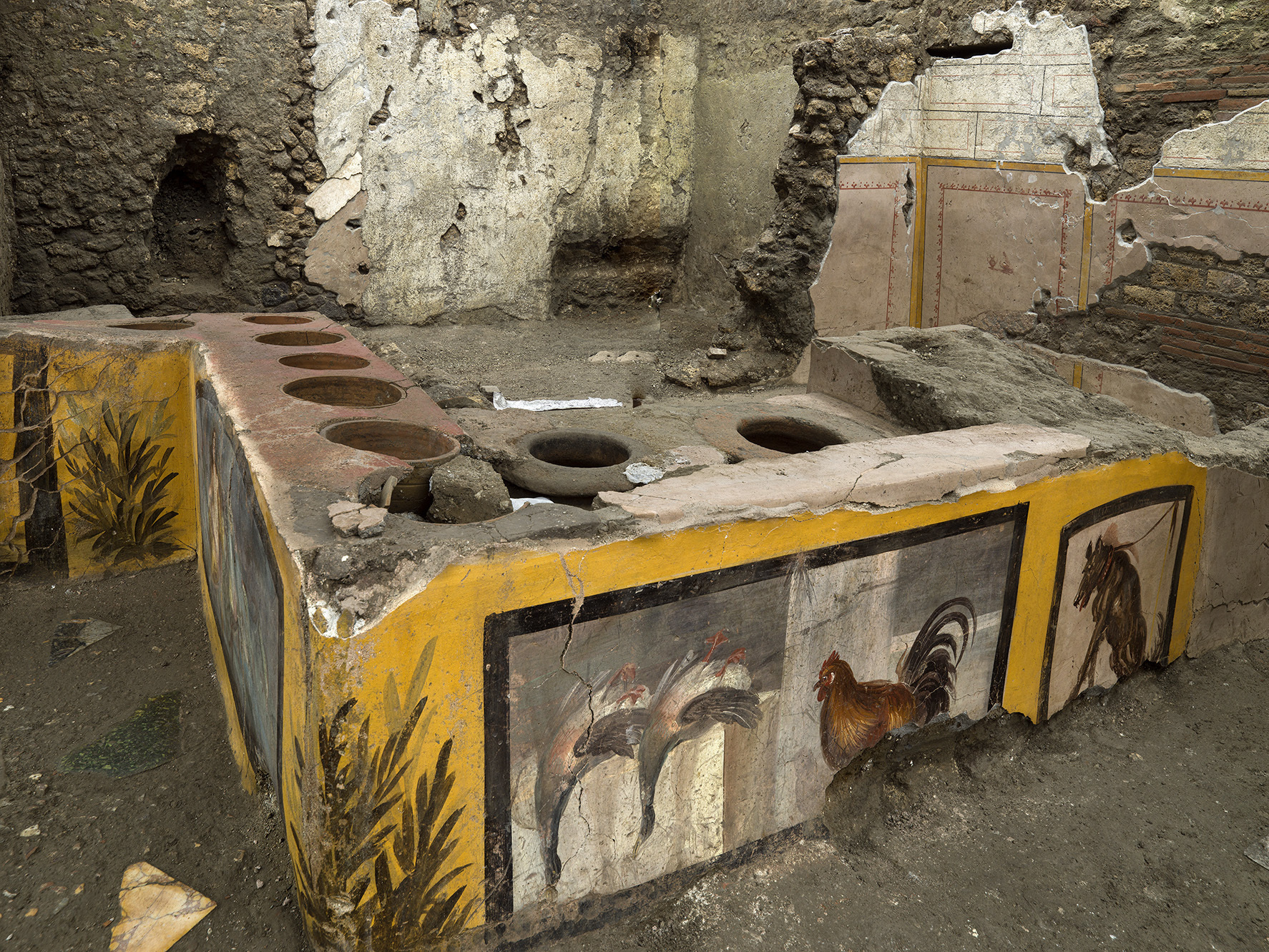 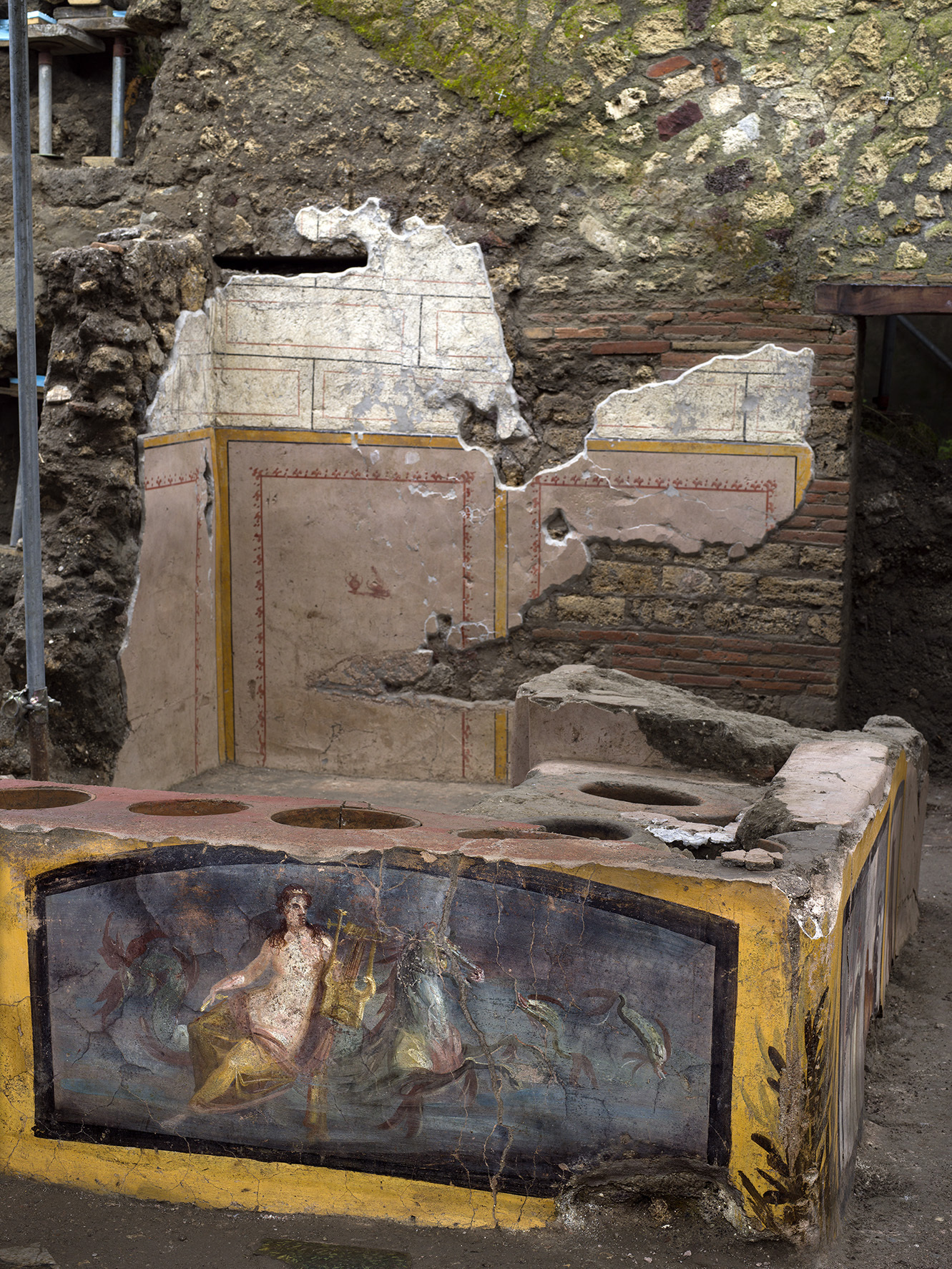 The eaterie was found at Pompeii under tonnes of ashCredit: AP:Associated Press

Known as a thermopolium, or hot drinks counter, the takeaway would serve chicken, rooster and duck to hungry clients.

Food was even found inside some of the jars at the site in Pompeii, a Roman city near Naples, buried when nearby volcano Mt Vesuvius erupted in AD79.

Frescoes on the takeaway counter can still be seen and show images of animals which would have been on offer either grilled or roasted.

Another fresco shows a dog on the elad which archaeologists say is a warning to would be thieves.

Experts digging at the site even found fragments of snails, pigs and goats in pots which would have been cooked in a Roman style rice paella.

Jars for water and wine were also uncovered, as well as the skeletons of two people, one thought to be the takeaway owner, a man in his 50s and the other younger and possibly a thief.

Massimo Osanna, director of the Pompeii site, said:”As well as bearing witness to daily life in Pompeii, the possibilities to analyse afforded by this thermopolium are exceptional because for the first time we have excavated a site in its entirety

“The counter seems to have been closed in a hurry and abandoned by its owners but it is possible that someone, perhaps the oldest man, stayed behind and perished during the first phase of the eruption.

”The remains of another person may be those either of an opportunist thief or someone fleeing the eruption who was surprised by the burning vapours just as he had his hand on the lid of the pot that he had just opened.” 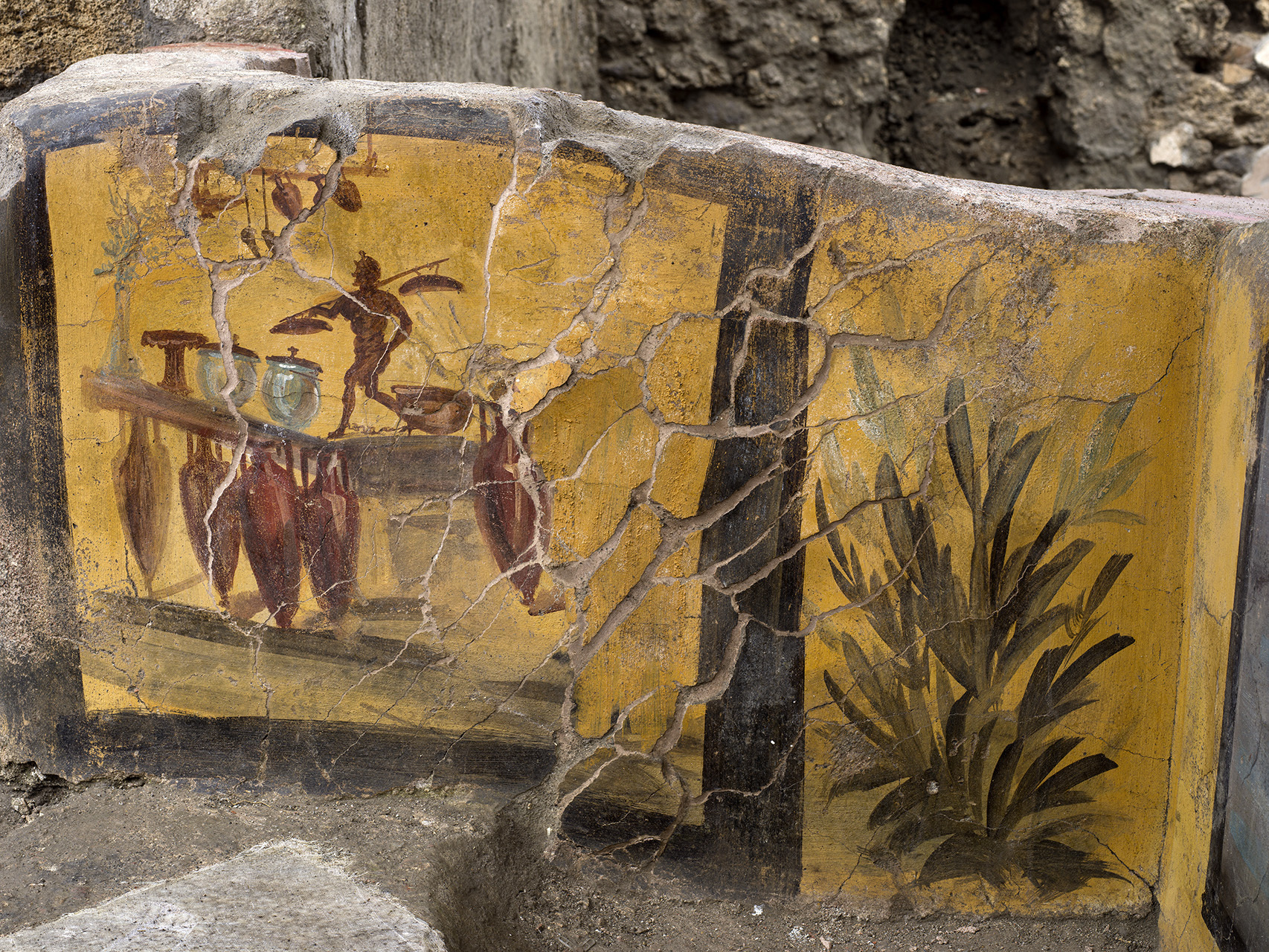 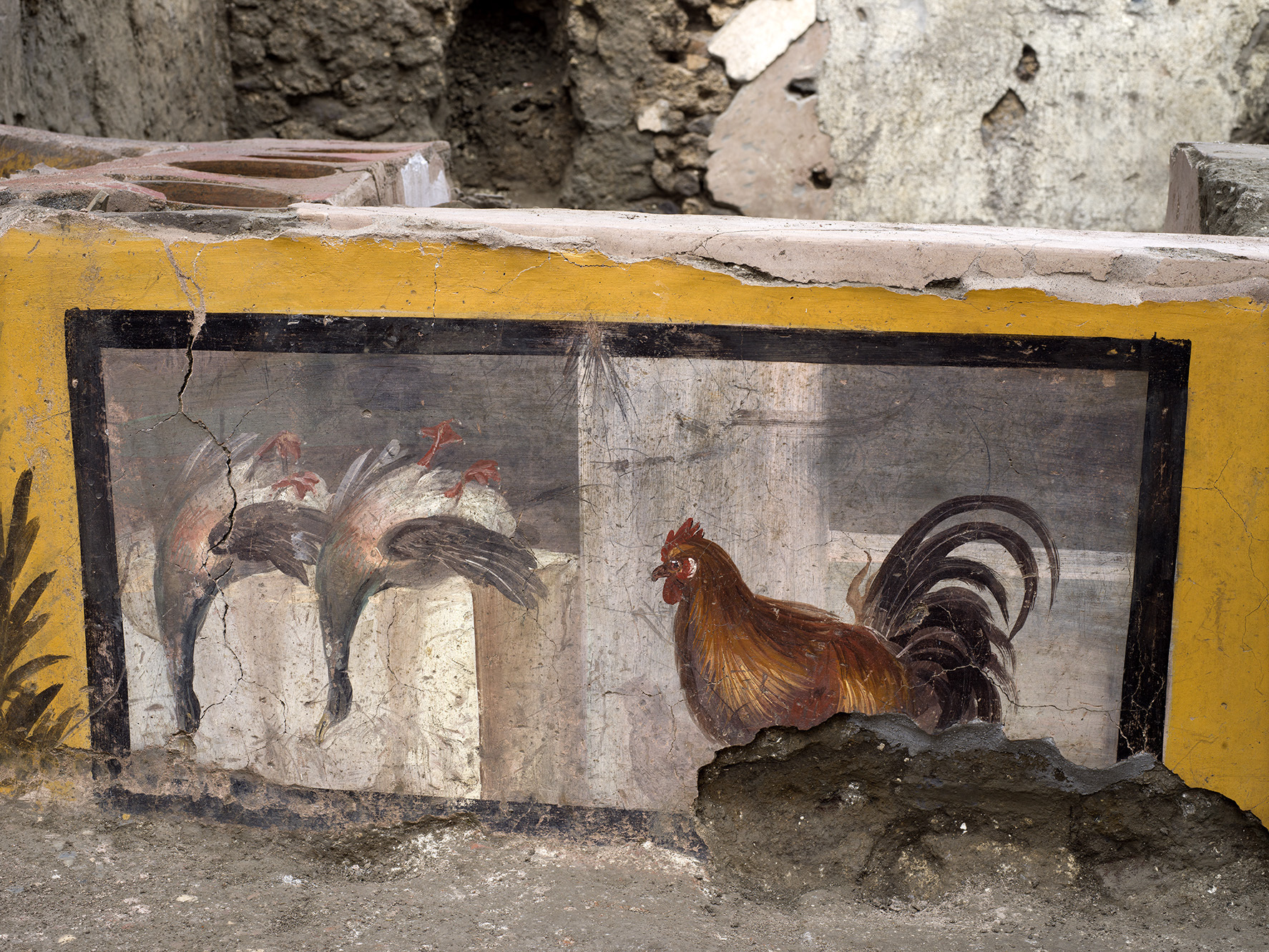 Frescos on the counter show chicken and duck was servedCredit: AP:Associated Press 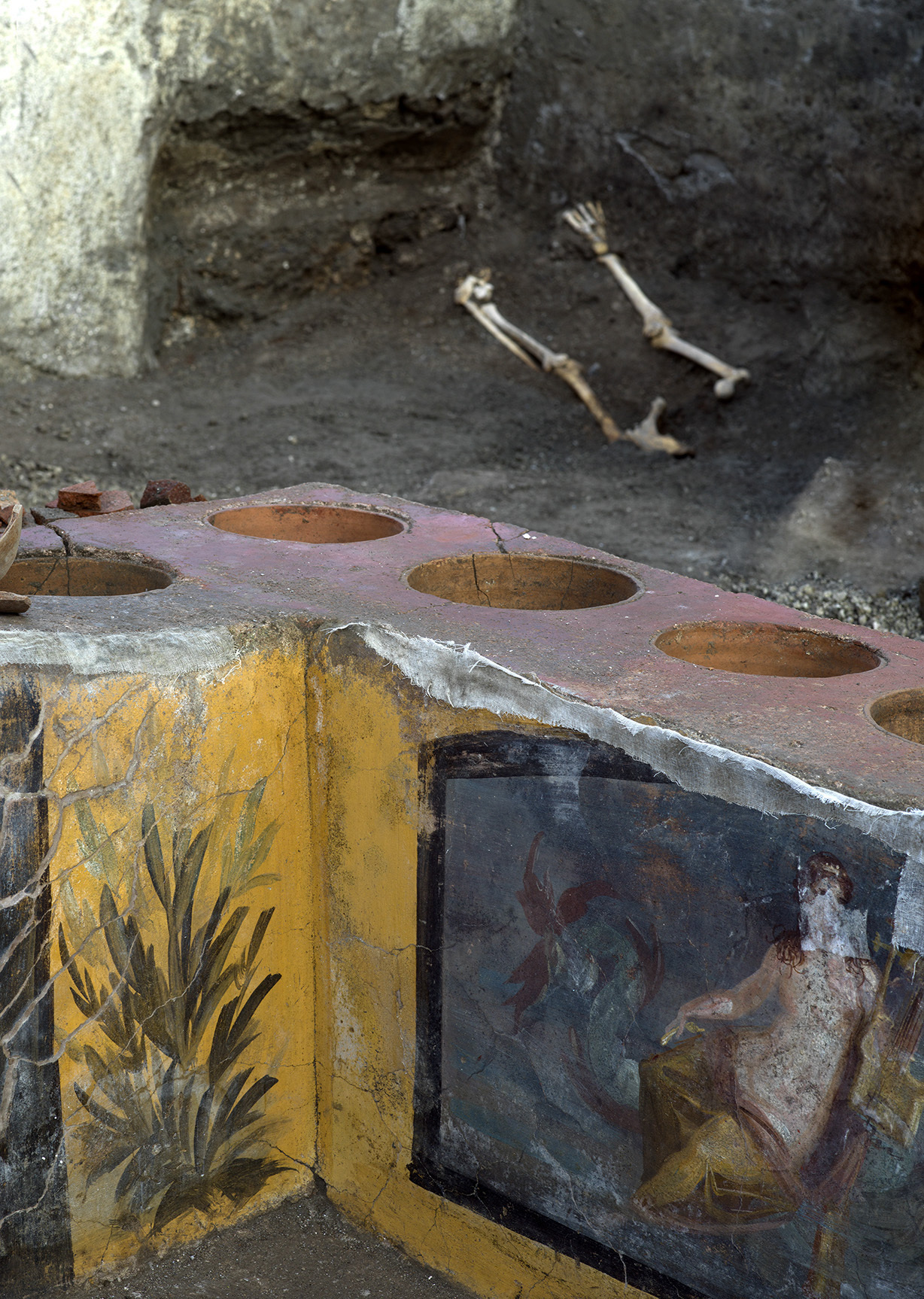 The skeletons of two people were also discoveredCredit: AP:Associated Press

Pompeii is a UNESCO World Heritage site currently closed due to coronavirus restrictions but regularly attracts more than 2.5 million visitors a year and officials hope to reopen in the spring.

The ruins were discovered in the 16th century and excavations began around 1750 and only two-thirds of the town has been uncovered with experts often making sensational discoveries.

Last month archaeologists discovered the remains of two men, believed to be a citizen of high status and his slave, who were killed during the eruption.