A BRITISH territory is set to become the first island in the world to vaccinate 100 per cent of its population, after a RAF mercy flight brought the jabs to Ascension Island.

Frontline medics and the island’s five cops were among the first to get their shots, just hours after the vaccines landed on Wednesday morning, with The Sun on board. 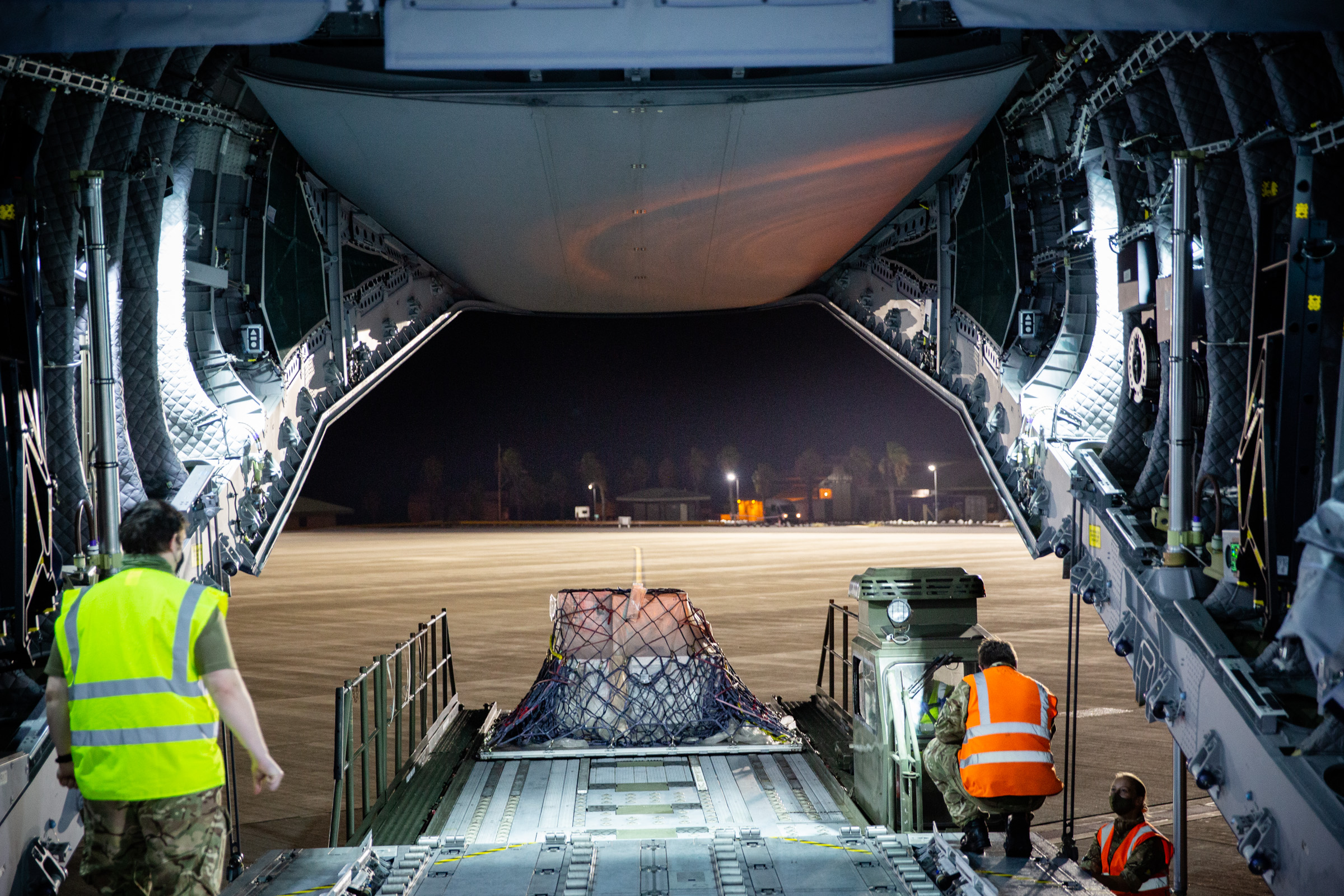 The island’s 900 residents are all expected to have had their vaccines within daysCredit: © Jerome Starkey 2021 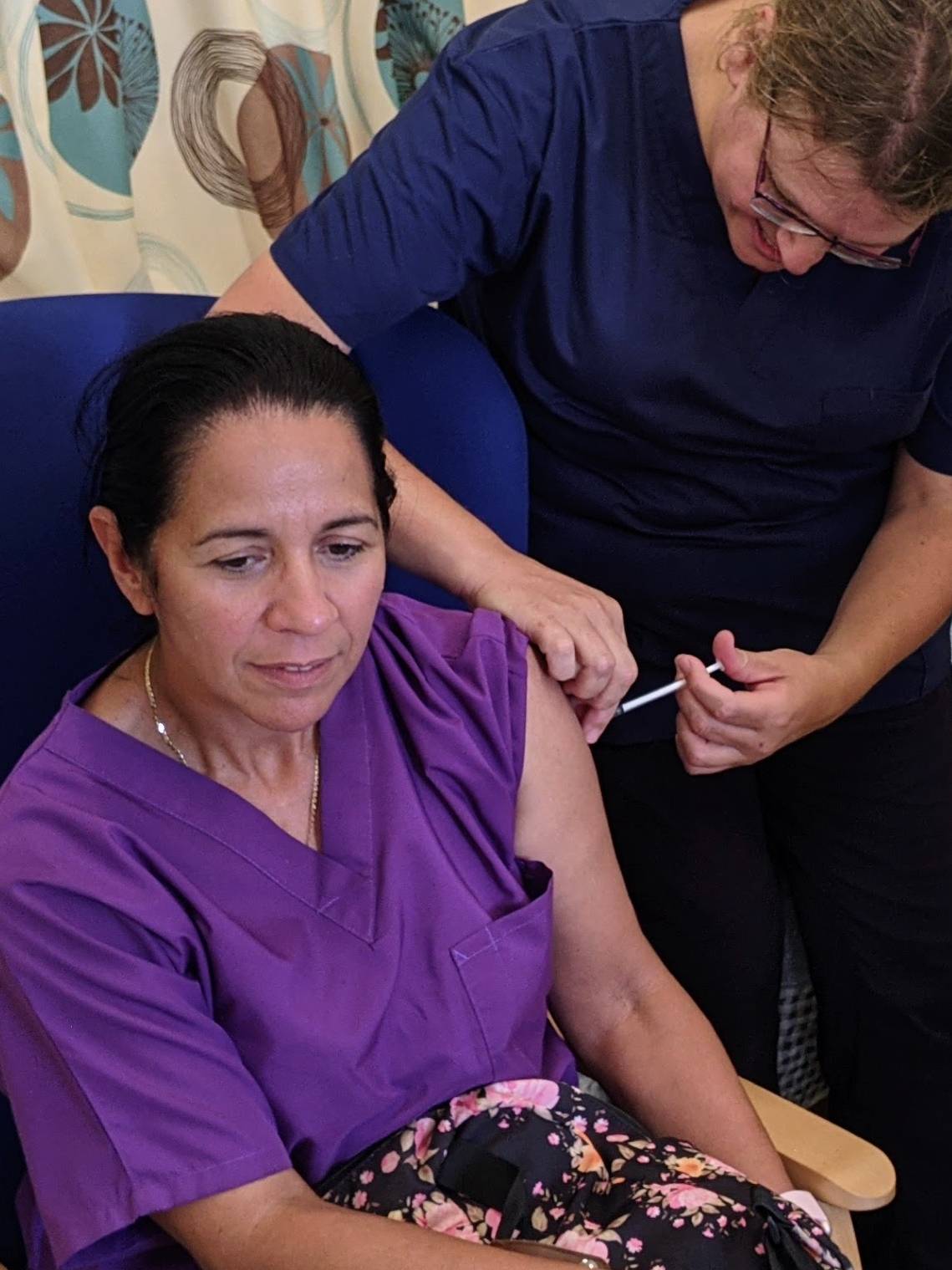 An Ascension Island resident has their vaccination

The remote volcanic outcrop in the middle of the Atlantic is a key staging post for military aircraft to protect the Falkland Islands.

“It is a small island, but this is a big deal,” said Wing Commander Lee Roberts, commander of the cargo squadron that delivered the lifesaving jabs.

“The Ascension Island base is of vital strategic importance.”

The rest of the island’s 900 residents are due to get their vaccines within days.

They are mostly serving military personnel from the UK and US, contractors and spies who run a network of missile tracking radars and signal intercept listening posts.

Sylvia Isaac, a hospital worker who received the first dose, said: “I feel very privileged and I am thankful to the UK government for making it available to us.

“The vaccination itself was quick and painless. Hopefully it will protect us against the worst effects of Covid 19, and also help to protect family, friends and the rest of the community.”

Island councillor Alan Nicholls, 63, said everyone who was eligible would be offered a jab by next week.

The 15-year resident said: “We are extremely pleased, very privileged and of course, very thankful, to be the first place in the world to be able to be able to reach 100% vaccination against the coronavirus.”

The vaccines arrived an A400M Atlas cargo plane, one of the only aircraft robust enough to land on the island’s battered airstrip. 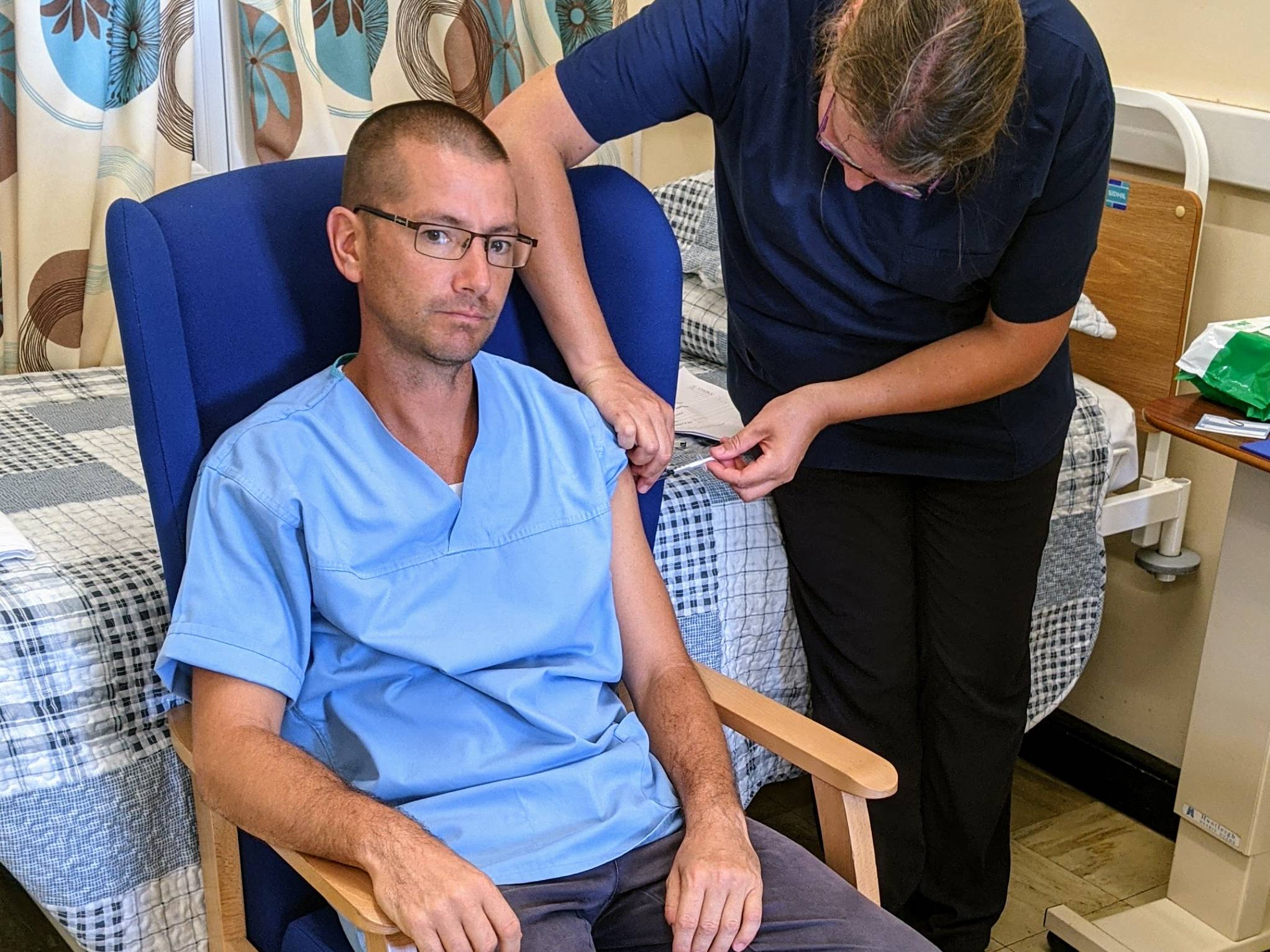 Frontline medical staff and emergency service workers, and dependents of these individuals have received their first dose of the vaccine 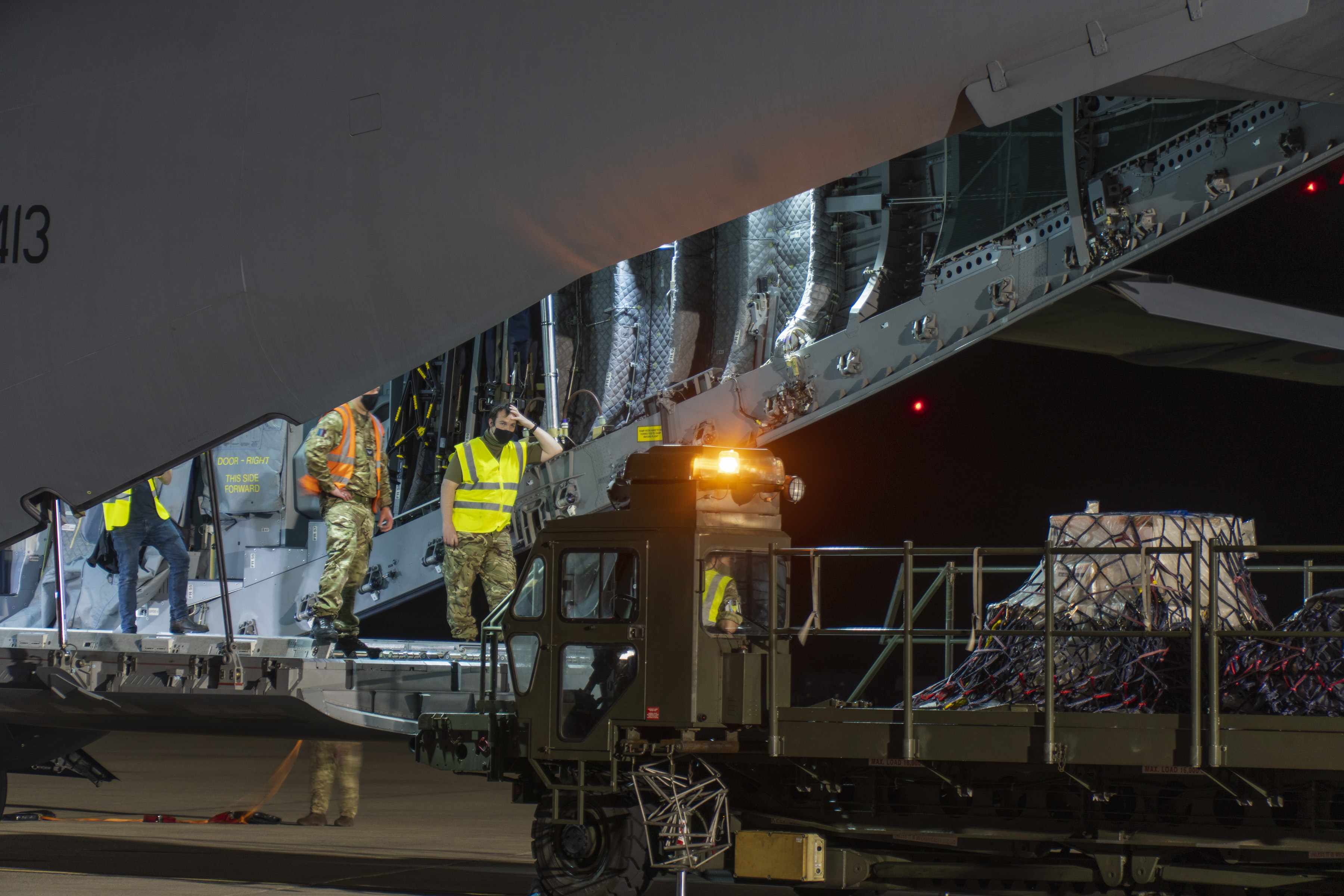 The vaccines arrived an A400M Atlas cargo plane, one of the only aircraft robust enough to land on the island’s battered airstrip

The aircraft’s crew battled breakdowns and delays to deliver the 2,000 doses within 72 hours of leaving their factory, otherwise they expire.

The Atlas took off from RAF Brize Norton 24 hours behind schedule and had to stop in Cape Verde to refuel.

“The Ascension Island is a difficult place to get to,” said Flying Officer George Cox, who was responsible for the vaccine cargo.

“Shipping takes weeks to get there and we only have 72 hours to get these vaccines from the point of manufacture to their destination.”

On arrival the cargo was sterilised before being transferred to Georgetown Hospital, in island’s capital.

“The first stage of vaccinations is already complete,” a government spokesman said. “This saw frontline medical staff and emergency service workers, and dependents of these individuals, receive their first dose of vaccine.

“The vaccine is now being offered to the wider public. Due to the relatively small size of Ascension’s population it is expected that within the next two weeks everyone eligible to receive the vaccine will have been offered an appointment.”

The island’s Wideawake runway, built to accommodate Nasa Space Shuttles, was once the biggest in the world but it has fallen into disrepair.

It isn’t due to reopen fully until 2022, two years behind schedule.

The fleet of RAF Voyagers which provide the air bridge to the Falklands are unable to land there.

The Ascension Islands are currently Covid free and all new arrivals are forced to quarantine for 14 days, even if they test negative. 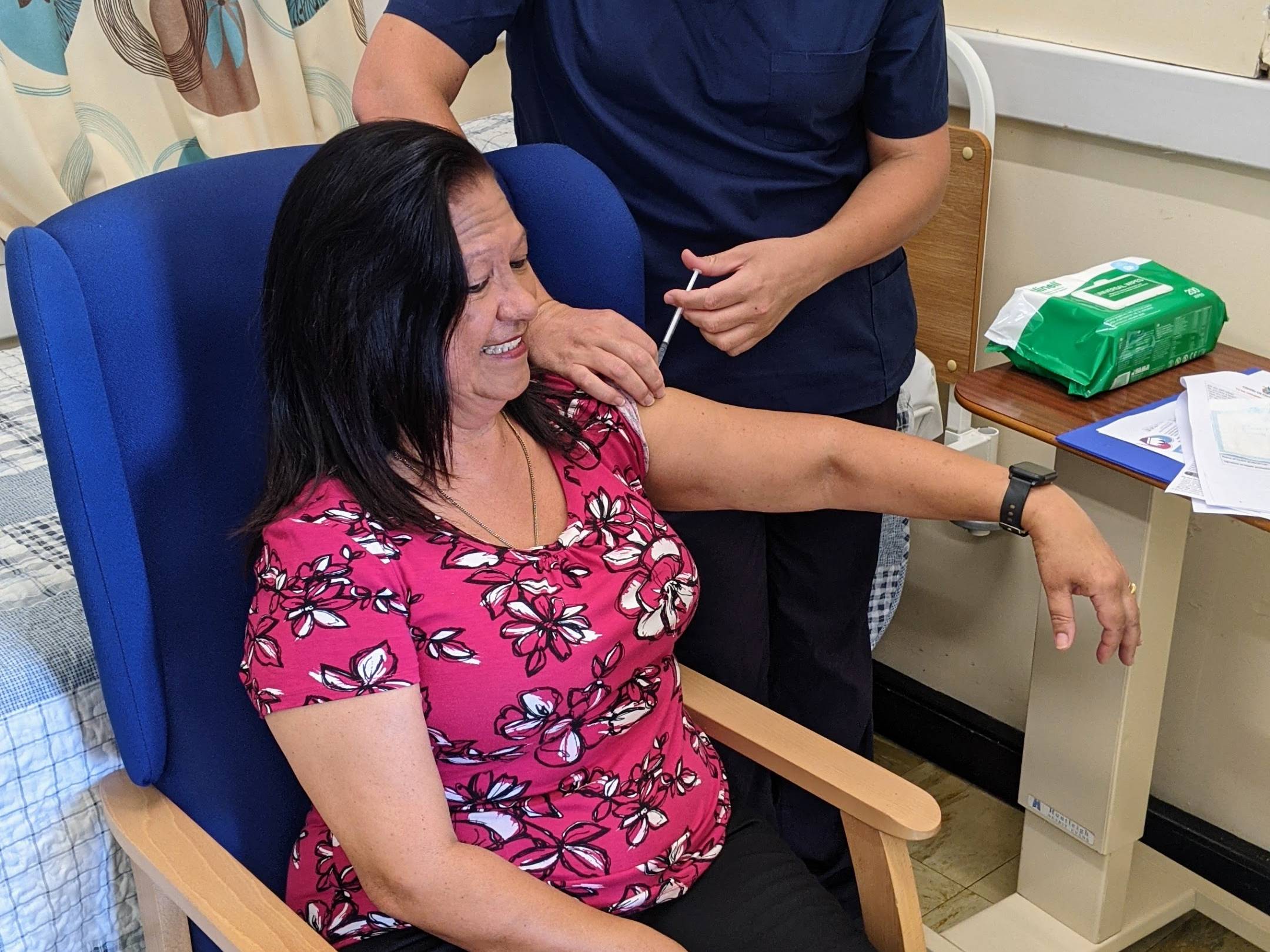 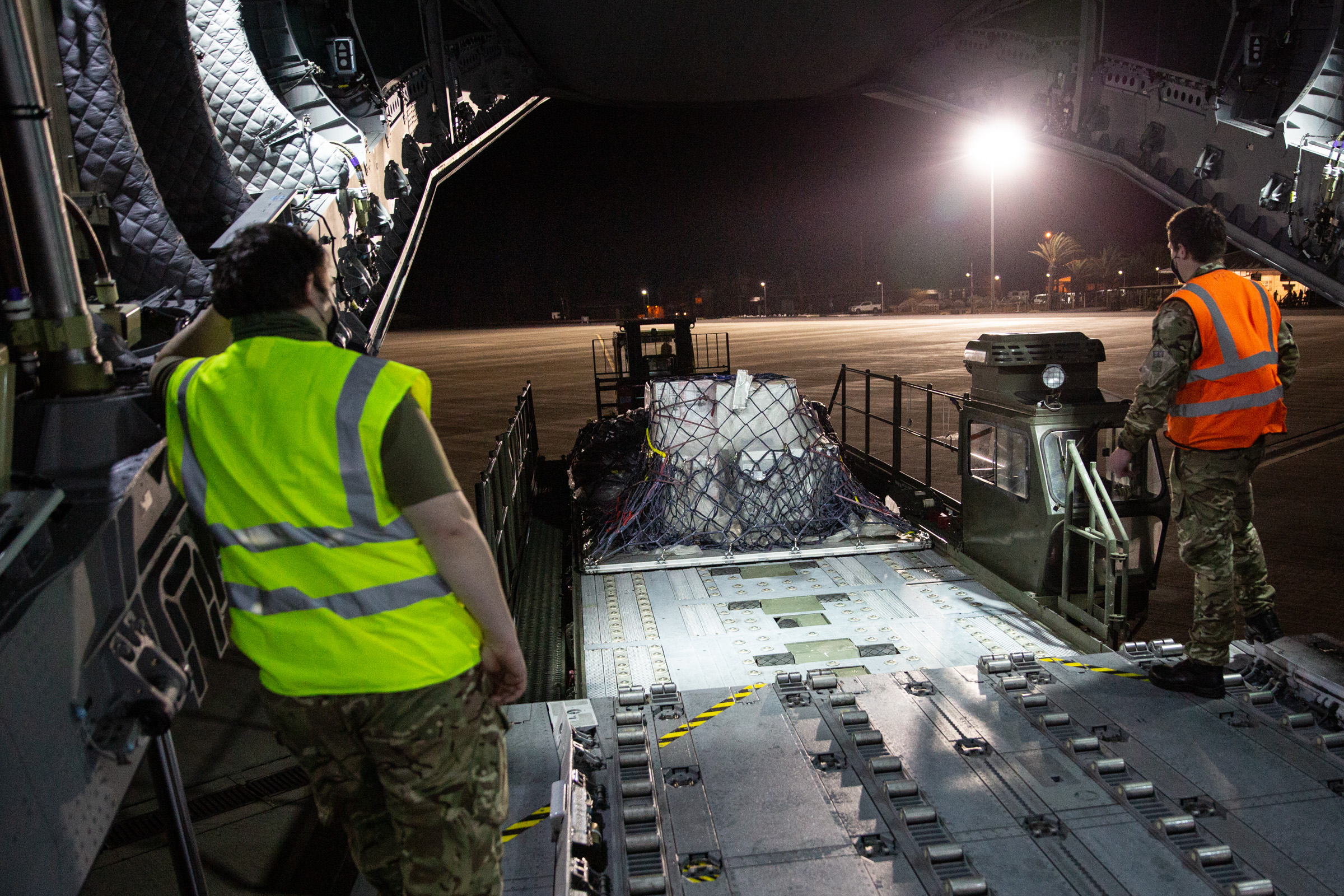 The aircraft’s crew battled breakdowns and delays to deliver the 2,000 dosesCredit: © Jerome Starkey 2021