THE CAPITOL police officer who shot rioter Ashli Babbitt during the January 6 Capitol riots said he shot after three officers holding the crowd off stopped momentarily to let in extra tactical guards.

The Capitol Police lieutenant describing how he came to shoot Babbitt, saying he had 31 rounds in his service weapon and telling others he feared he might need all of them. 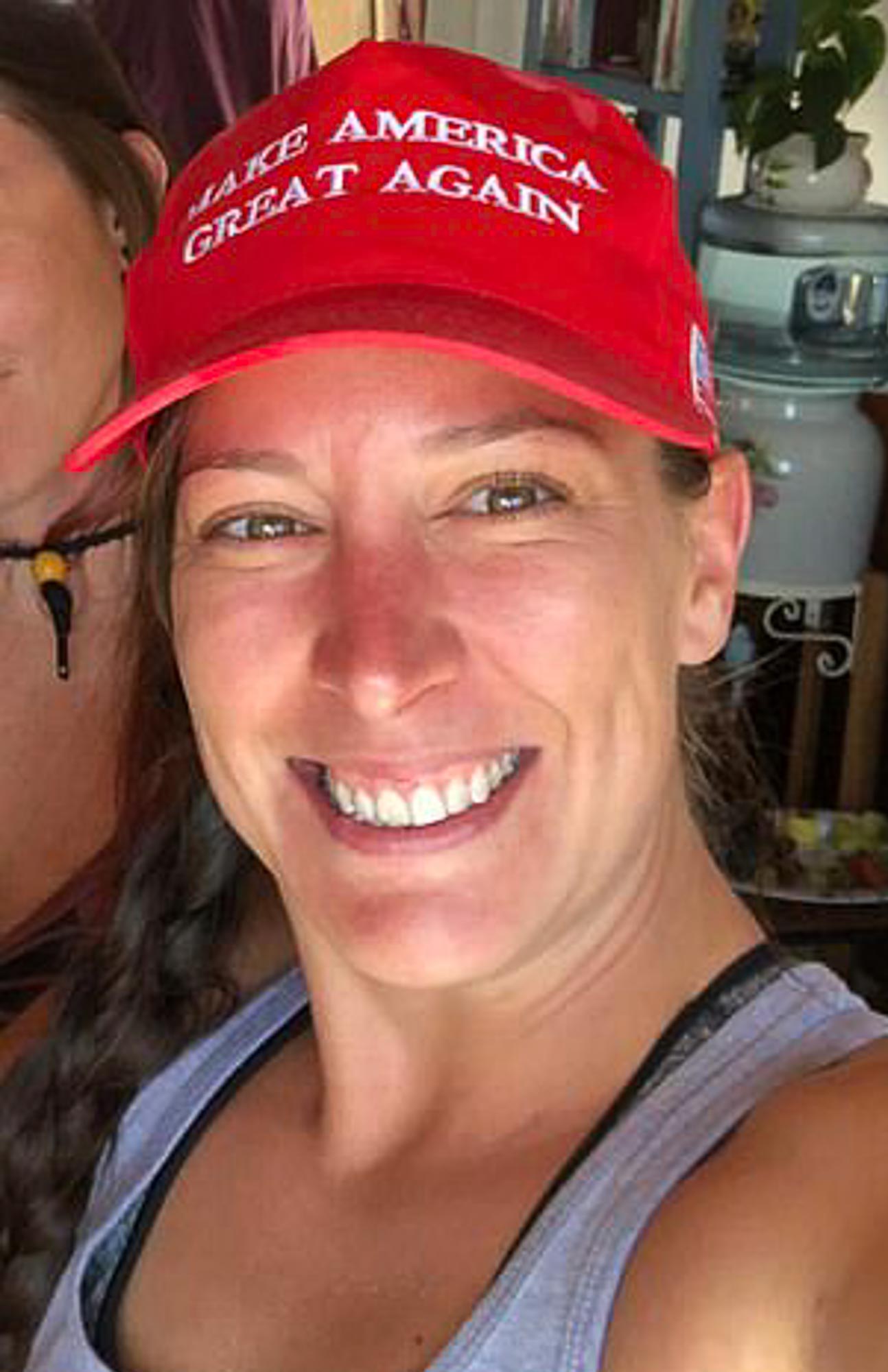 Ashlii Babbitt was shot trying to breach the CapitolCredit: Facebook 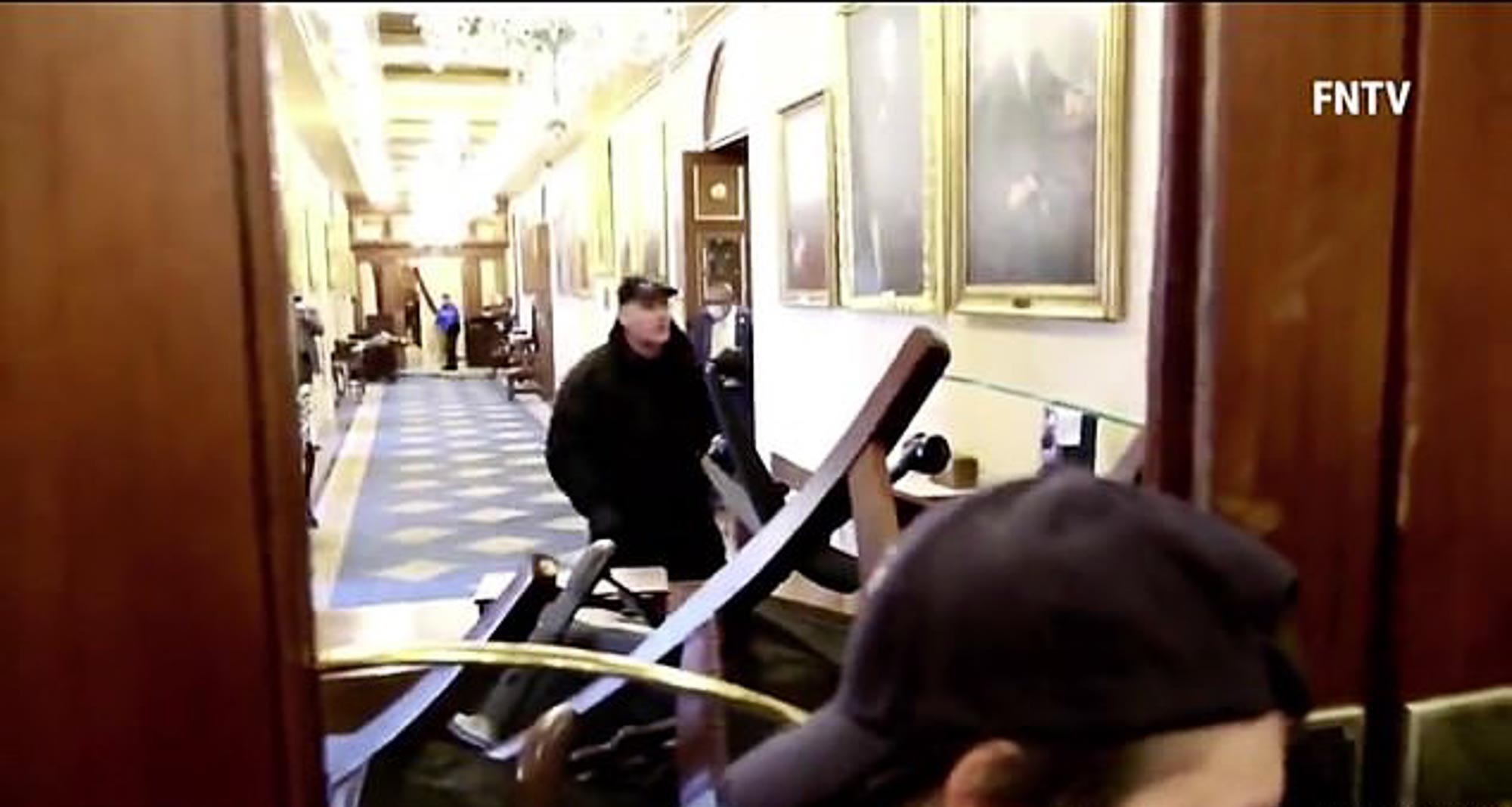 The lieutenant was creating a makeshift fort of chairsCredit: FNTV

The failed coup attempt on the Capitol by President Trump’s supporters on January 6 left five people dead, including Capitol officer Brian Sicknick who died after a rioter struck him in the head with a fire extinguisher.

Thousands of Trump supporters, at the behest of the former president encouraging them to “fight like hell” against the certification of Joe Biden’s election win, stormed the Capitol during the four and a half-hour attack.

The lieutenant described piling tables and chairs between the oncoming crowd and lawmakers behind wooden doors, when Babbitt attempted to bypass his makeshift fort.

As Babbitt tried to jump through a window, the lieutenant, already with his weapon drawn, shot her once and killed her in a scene caught on tape and widely shared around the world. 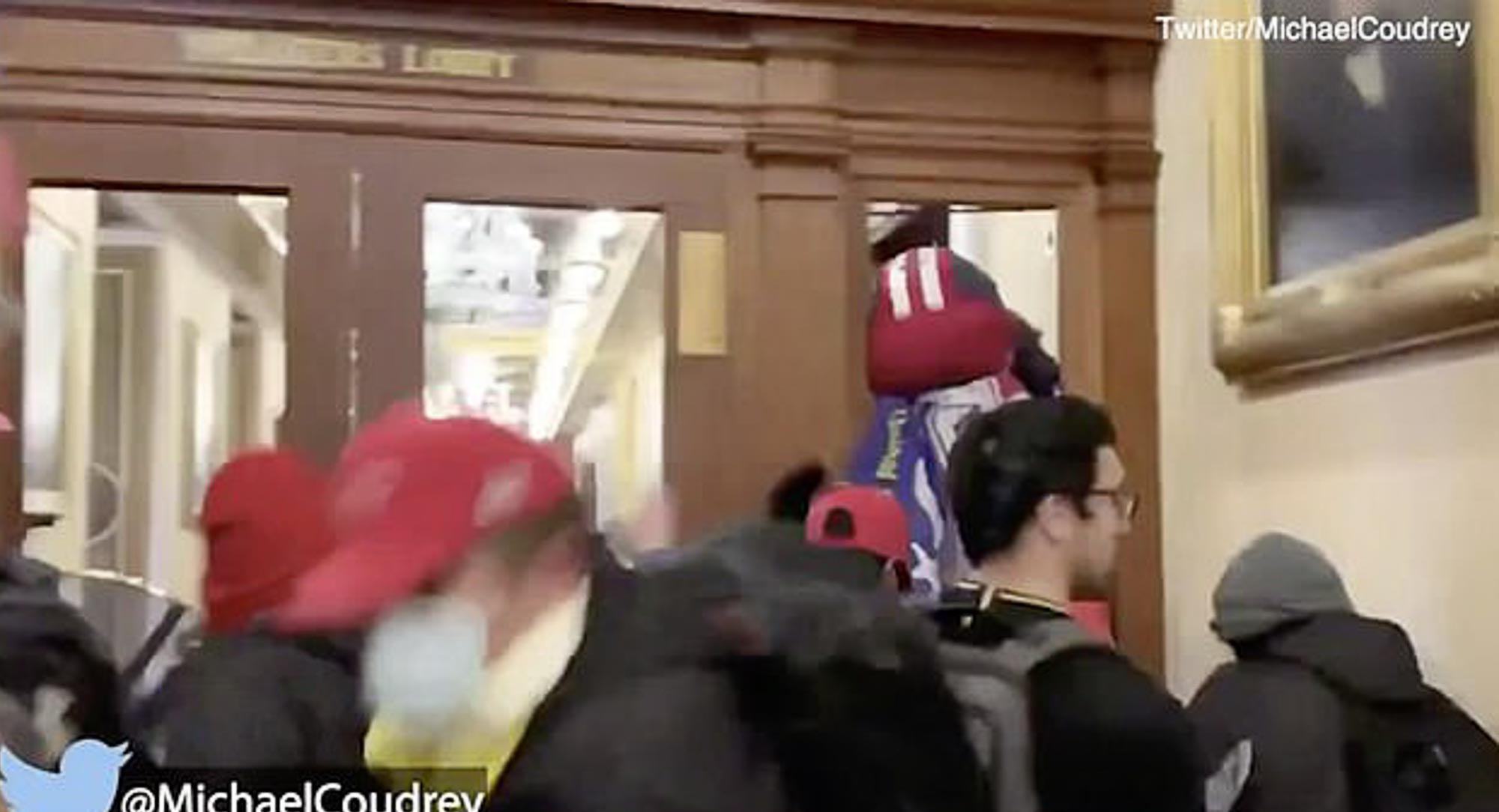 Babbitt tried to vault through a window

The lieutenant shot her when she attempted to breach the windowCredit: FBI

Three investigations have been opened into the security response at the Capitol during the January 6 riots – however, officials have yet to release details on Babbitt’s shooting.

The officer said he could not see three uniformed officers outside the door, saying he saw only a hallway full of rioters rushing towards him, adding the three officers were not holding shields of riot gear and two them were not wearing hats.

He also added he didn’t know which rioters were armed, nor could he see down the hall to see the extent of the crowd.

Importantly, the lieutenant did not know there was a tactical team from the Capitol Police attempting to claim the stairwell behind Babbitt.

When the team arrived, the three officers standing guard said “they’re ready to roll” before leaving the doors unguarded for 30 seconds.

That’s when a rioter screamed “Go, let’s go!” and the crowd began attacking the doors until someone noticed the lieutenant’s drawn weapon and shouted “There’s a gun!” and “He’s got a gun!” 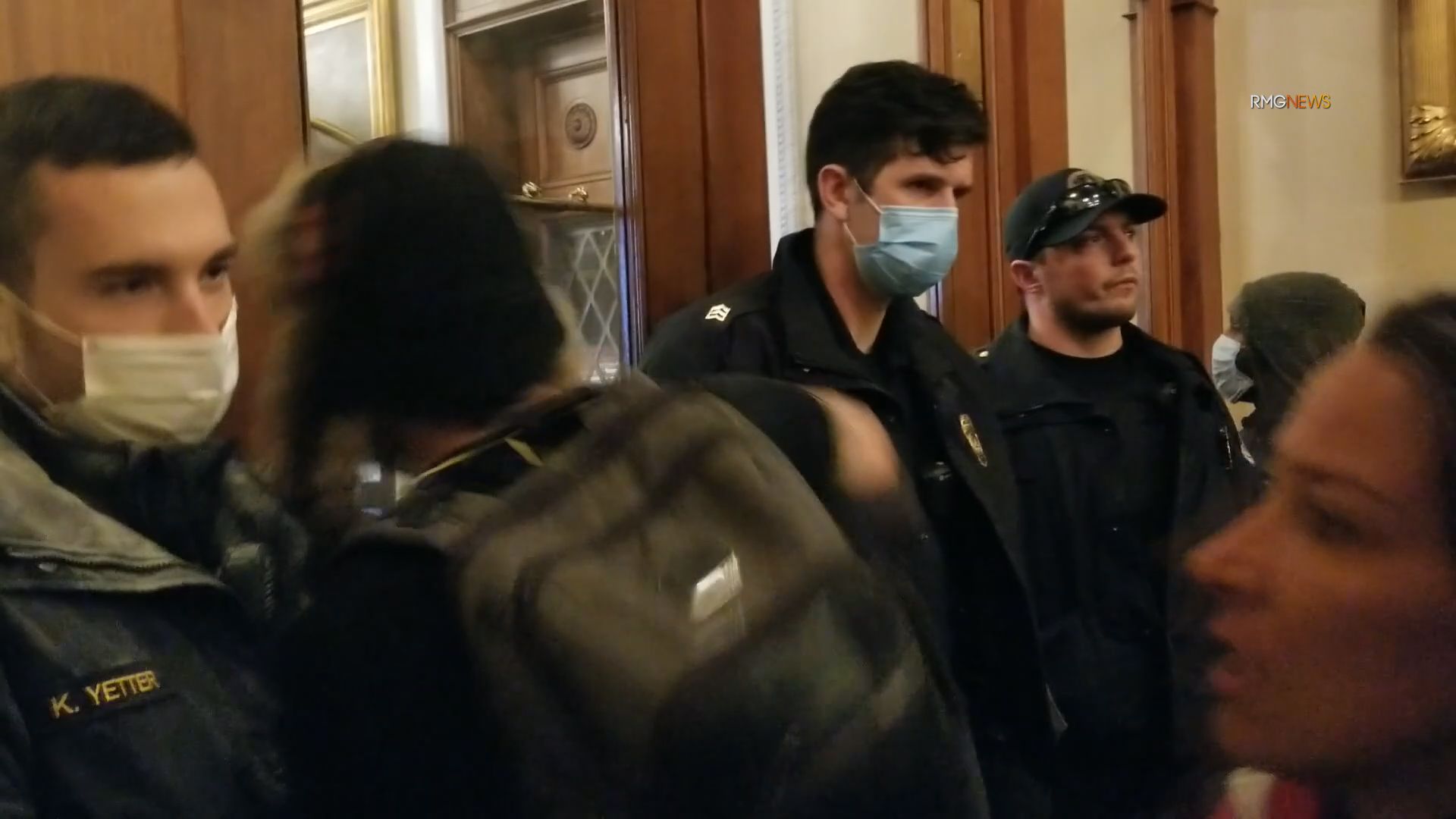 The lieutenant said he feared he would need to use all 31 roundsCredit: The Mega Agency 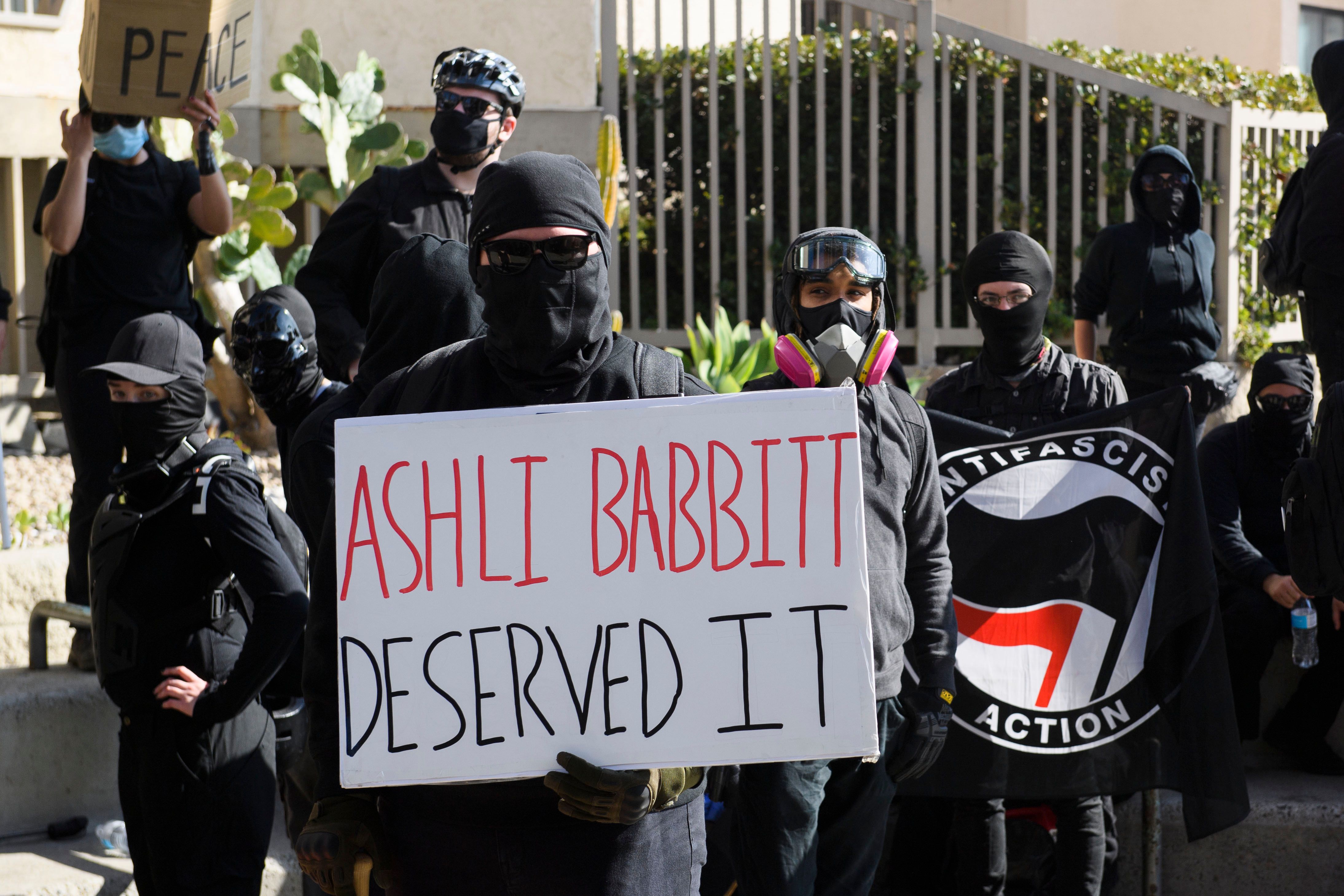 People are questioning if the lieutenant can claim he feared for his lifeCredit: AFP or licensors

That’s when the window broke and Babbitt climbed through – and when the officer shot the round at Babbitt.

The lieutenant, who has not yet been publicly named, has been put on administrative leave while federal authorities review his actions.

Law enforcement officers have been considered legally justified in using lethal force if they have an “objectively reasonable” fear of imminent harm to themselves or others.

It was questionable whether the officer did have the met requirements, yet sources close to the lieutenant say he will make that argument when called to testify for his actions.

Massachusetts Representative Jim McGovern was the last person to leave the chambers as the mob attempted to break through the doors.

He added: “I don’t even know what would have happened had they breached that area.”

Babbitt’s husband Aaron questioned why his wife was shot.

“She didn’t have any weapons on her, I don’t know why she had to die in the People’s House,” he said. “She was voicing her opinion and she got killed for it.”