CATHOLIC leaders remain divided on whether President-elect Joe Biden should receive Holy Communion because of his stances on abortion and same-sex marriage. 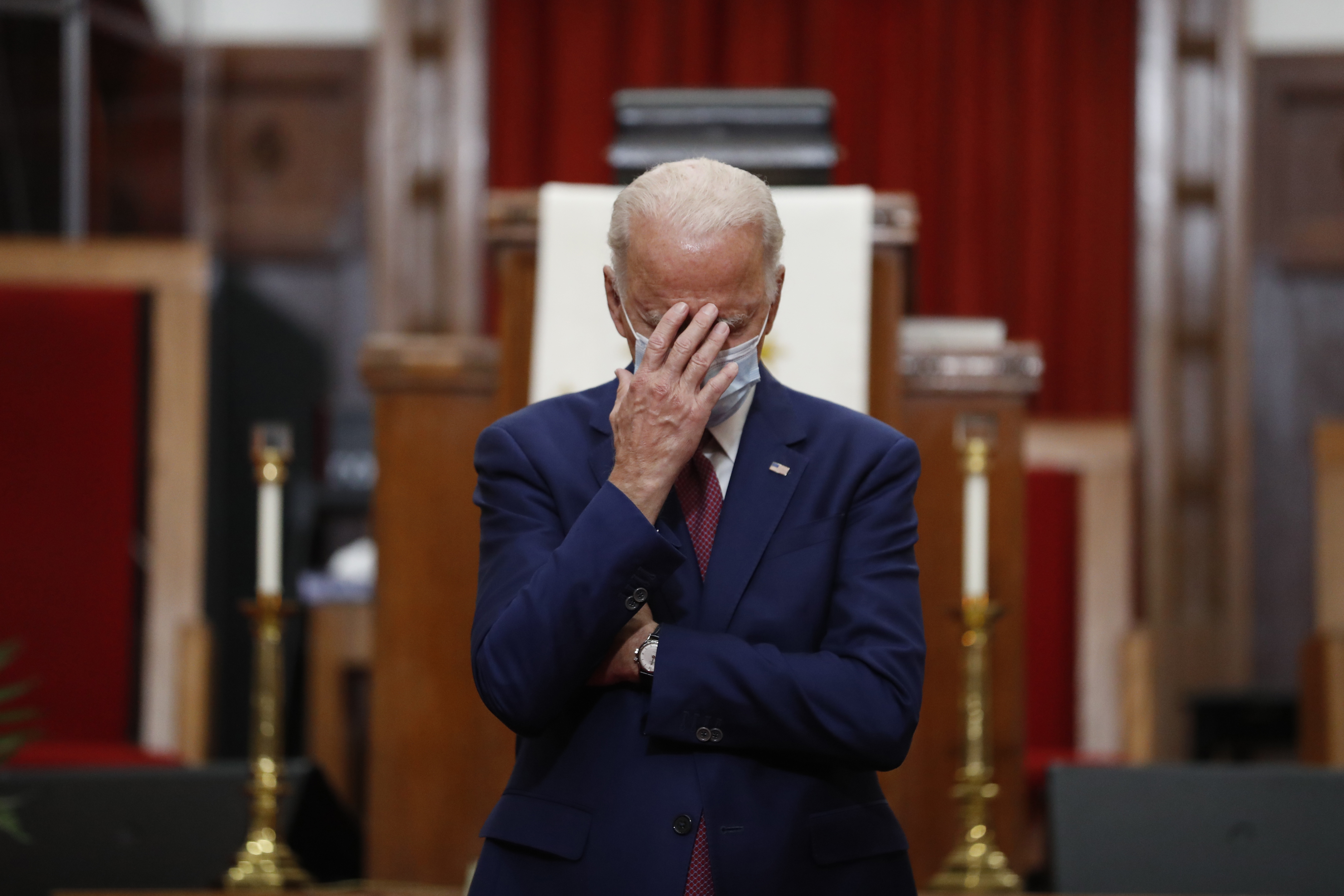 Joe Biden will be the second baptized Catholic president of the United States after John F. KennedyCredit: AP:Associated Press 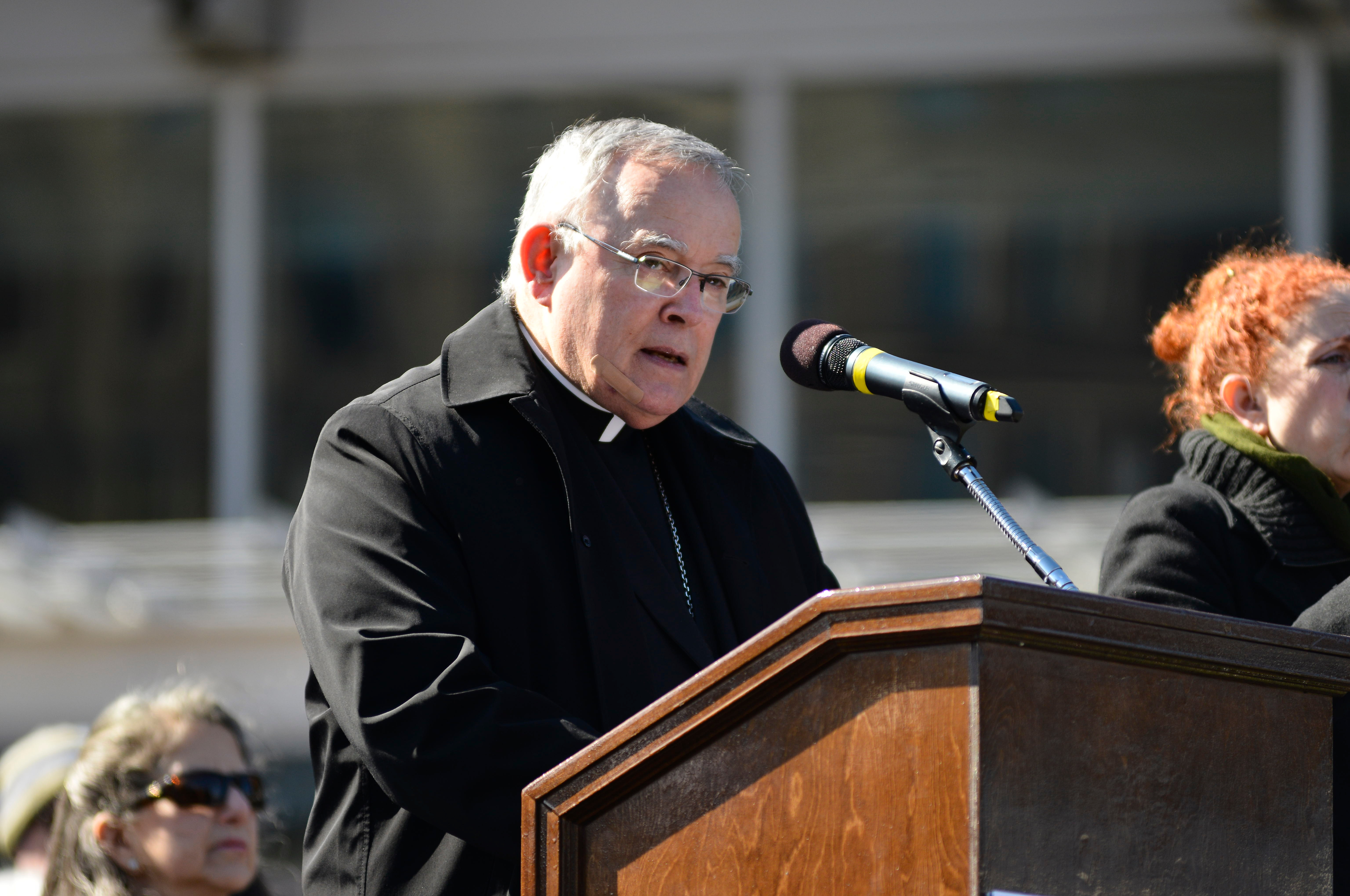 He wrote that Biden’s actions as a politician have shown that “he is not in full communion with the Catholic Church” and “thus should not receive Holy Communion.”

“Public figures who identify as ‘Catholic’ give scandal to the faithful when receiving Communion by creating the impression that the moral laws of the Church are optional,” Chaput wrote.

He added that his stance on how the Church should interact with Biden “is not a ‘political’ matter.”

“Those who would describe it as such are either ignorant or willfully confusing the issue. This is a matter of bishops’ unique responsibility before the Lord for the integrity of the sacraments,” he wrote. 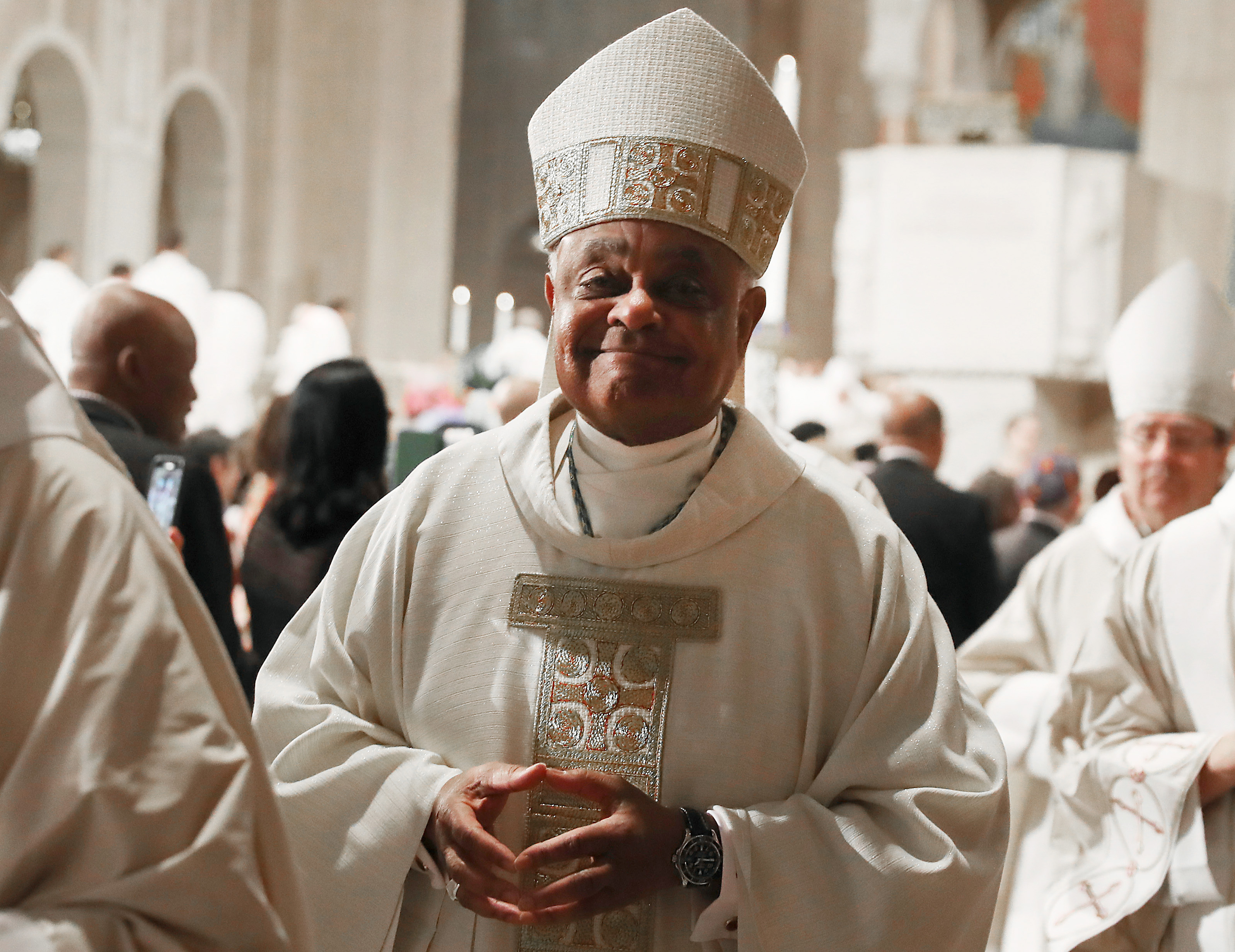 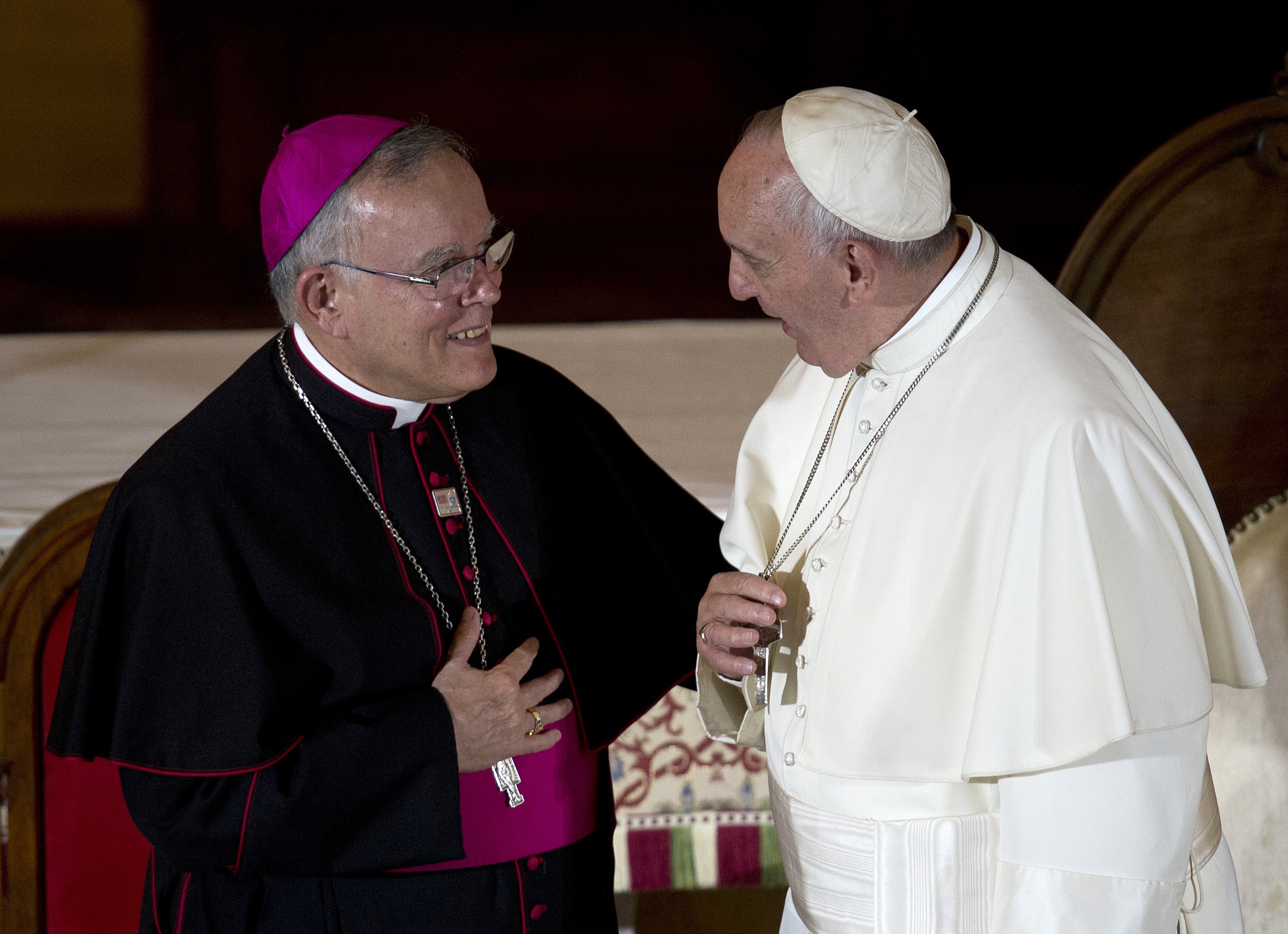 Catholic leaders have said that the Church remains firm in its stances on abortion despite confusion on whether Biden should receive CommunionCredit: AFP – Getty

Cardinal Gregory said he has a ‘responsibility’ to be ‘in dialogue’ with the President-electCredit: Getty Images – Getty

Chaput’s writing comes after Archbishop Jose Gomez of Los Angeles, the president of the U.S. Conference of Catholic Bishops, announced that a special committee would be formed to “ensure a collegial and consensus approach” with how the Church would work with the Biden administration.

Gomez had previously angered conservative Catholic leaders when he congratulated Biden and Kamala Harris on their projected election win.

Cardinal Archbishop Wilton Gregory of Washington, who will serve as the president’s home bishop, has committed to working with Biden and said last month that he would not deny him Communion.

However, Cardinal Gregory has noted that the Church remains firm in its stances on abortion and the Marriage Equality act – with no confusion among leaders on teachings related to the issues, the Catholic News Agency reported. 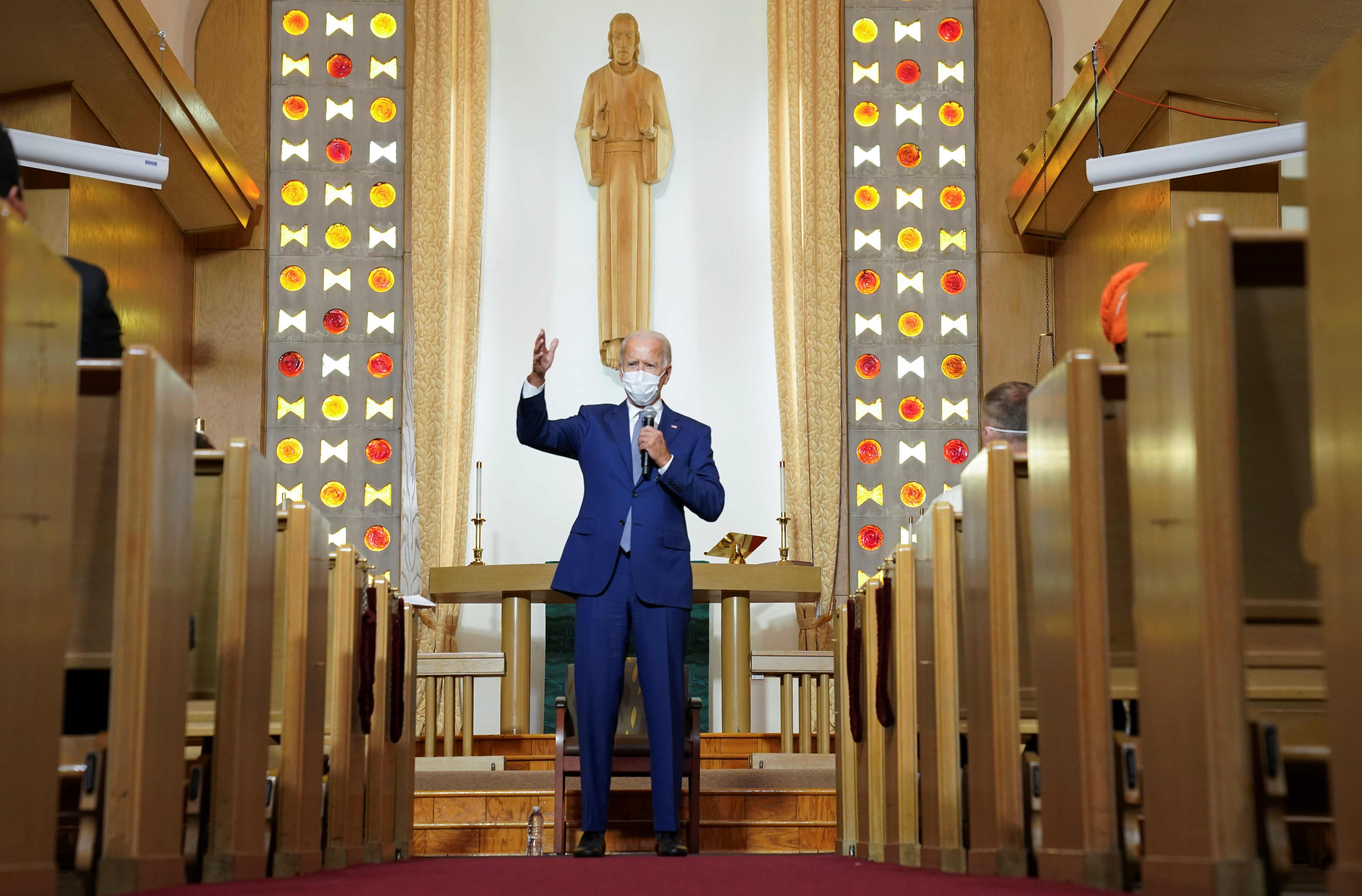 Biden has caused a ‘scandal’ in the Catholic Church as the President-elect maintains his pro-choice stanceCredit: Reuters 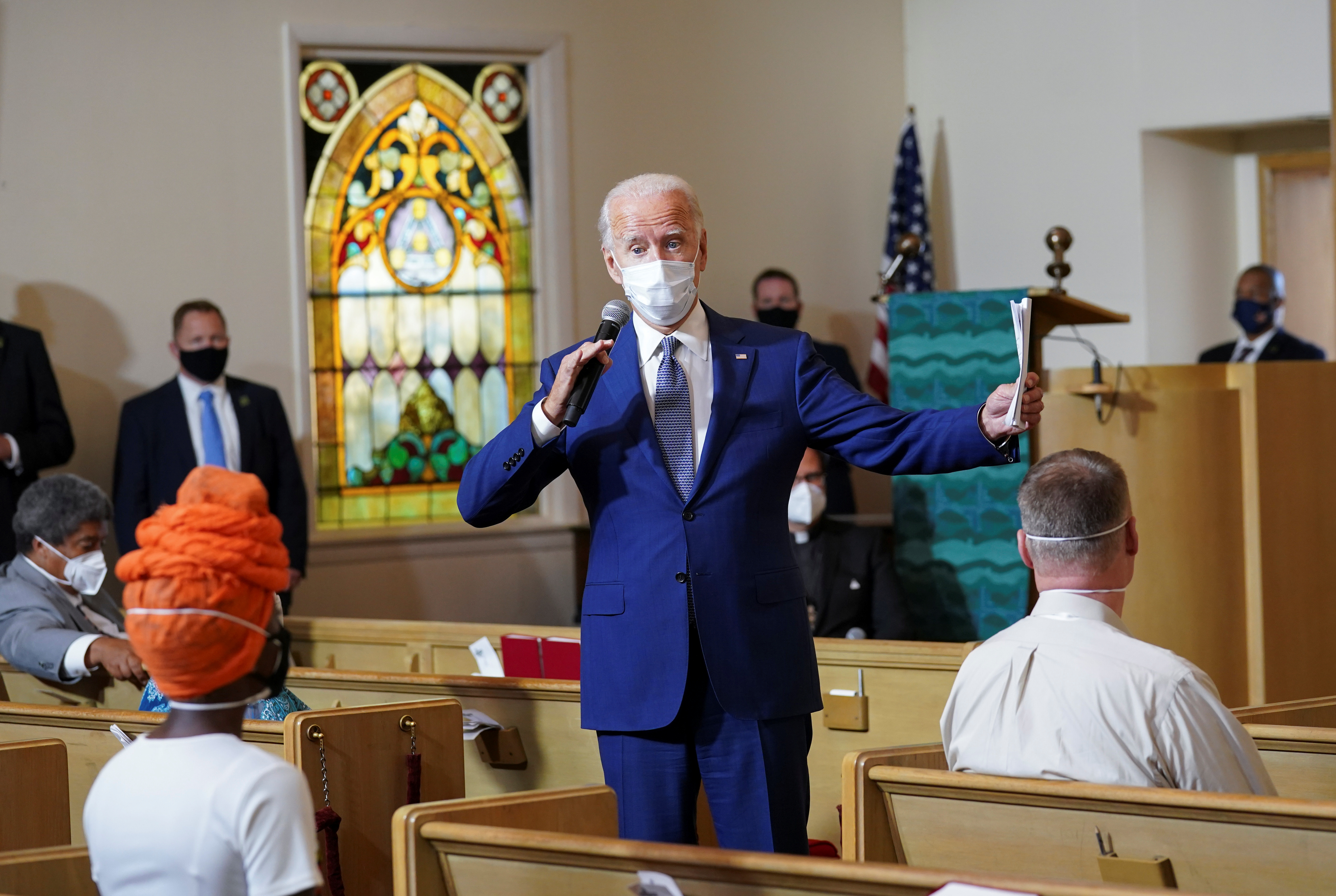 Pope Francis congratulated Biden after he was projected the winner of the 2020 presidential electionCredit: Reuters

“It’s not a matter of confusion. On my part, it’s a matter of the responsibility that I have as the archbishop to be engaged and to be in dialogue with him, even in those areas where we obviously have some differences,” Gregory has said.

All three Church leaders have expressed that confusion solely focused on how to “dialogue” with the President-elect.

“When bishops publicly announce their willingness to give Communion to Mr. Biden, without clearly teaching the gravity of his facilitating the evil of abortion (and his approval of same-sex relationships), they do a serious disservice to their brother bishops and their people,” Chaput wrote.

He added that bishops who “undertake their own dialogue” with Biden and allow him communion “undermine the work of the task force” established by Gomez.

Pope Francis congratulated Biden after he was projected the winner of the 2020 presidential election in a phone call, NPR reported.

The Biden-Harris transition team said in a statement that the two leaders discussed policy ideas, though did not note whether abortion or same-sex marriage were among topics discussed.

“The President-elect expressed his desire to work together on the basis of a shared belief in the dignity and equality of all humankind on issues such as caring for the marginalized and the poor, addressing the crisis of climate change, and welcoming and integrating immigrants and refugees into our communities,” the statement reads.

Pope Francis has continued to uphold the Vatican’s pro-life stance on abortion as the topic makes news worldwide.

Last month, the pontiff got involved with the ongoing debate over the decriminalization of abortion in his Argentinian homeland after a group of women petitioned him to be their voice in opposition, cruxnow.com reported.

Argentinian President Alberto Fernandez had presented a bill to the country’s Congress, calling on it to make abortion “legal, safe and free.”

The pontiff also expressed support for Polish Catholics in their fight against abortion in October, the Catholic News Agency reported.

Poland descended into chaos when the country’s constitutional court ruled on Oct. 22 that a law permitting abortion for fetal abnormalities was unconstitutional, the outlet reported.

He said: “Through the intercession of Mary Most Holy and the holy Polish pontiff, I ask God to inspire in the hearts of all respect for the life of our brothers, especially of the most fragile and defenseless, and to give strength to those who welcome it and take it care, even when it requires heroic love.”