LUTON players kept Chelsea waiting to kick-off their FA Cup tie because of a ‘dodgy clock’ in their dressing room.

The Hatters were late to emerge onto the pitch at the start of the first and second half on Sunday. 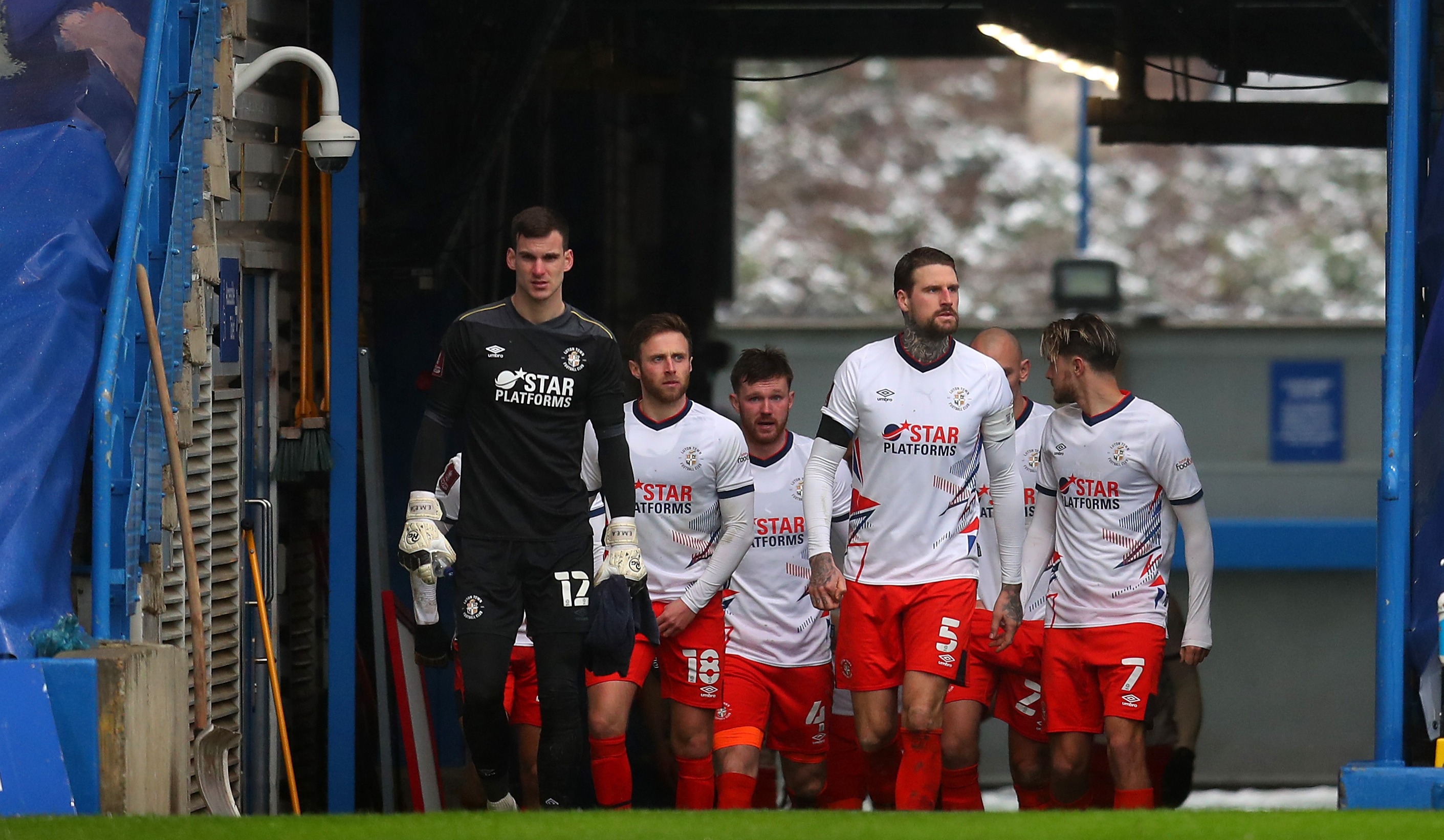 Luton players emerged from the health club over the road – but slightly late due to a ‘dodgy clock’Credit: Getty Images

And BBC presenter Gabby Logan said during the half-time break that ‘a dodgy clock’ was to blame for the tardiness.

The visitors were forced to get changed in the health club next to Stamford Bridge because of Covid restrictions.

Away sides have been using the facilities over the road during the pandemic to socially distance from the Blues.

And Luton didn’t emerge onto the pitch until a few minutes past the scheduled midday kick-off.

All the while, Chelsea players were made to wait in the tunnel unaware what the delay was in the Stamford Bridge snow.

But the same scenario happened at the start of the second half as well with Luton players late to leave their dressing room.

And BBC presenter Logan, 47, cited the ‘dodgy clock’ as the reason.

When the team eventually made their way through the snow and back onto the pitch, BBC commentators noted it had been 19 and a half minutes after the first period ended. 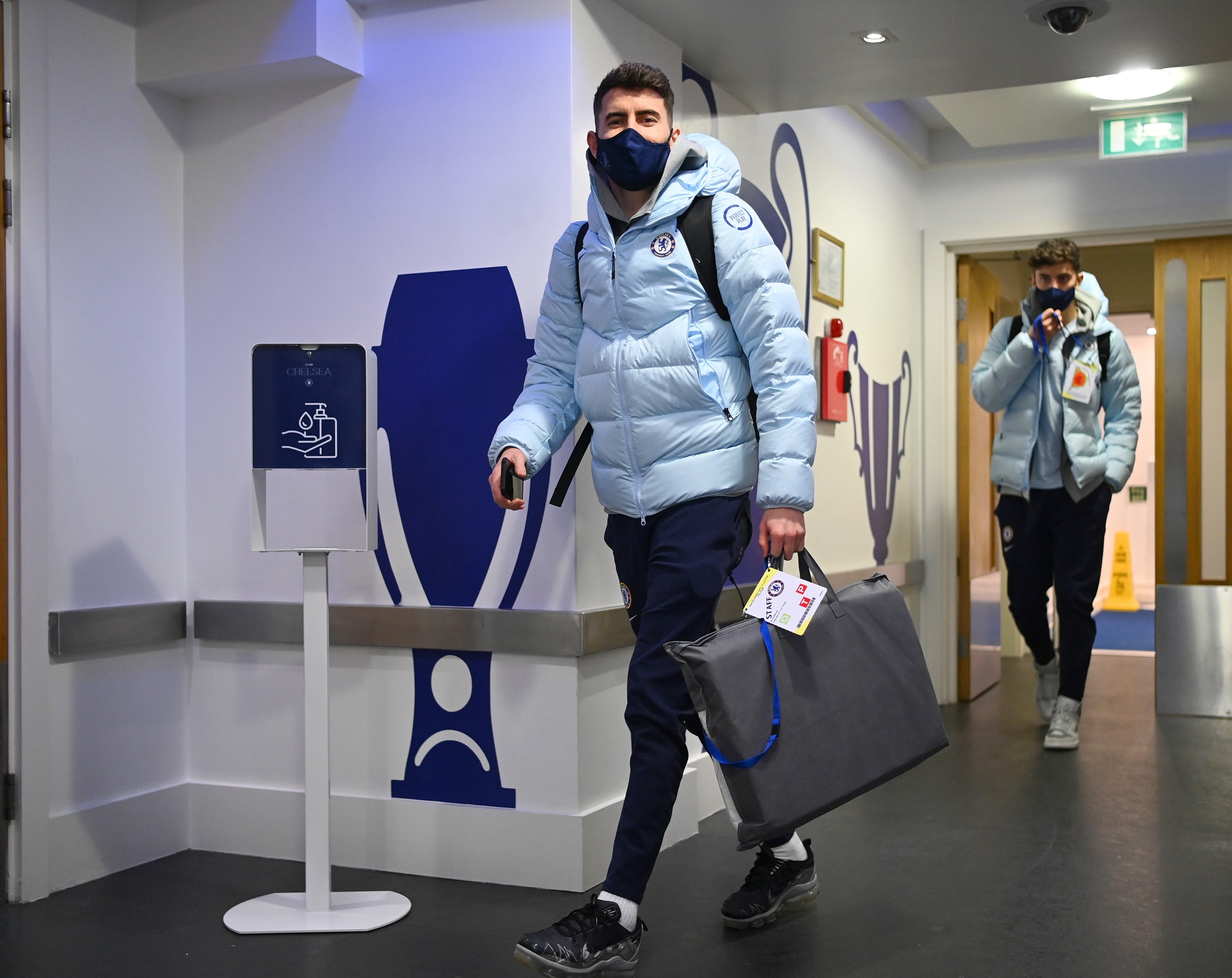 Chelsea players use their normal dressing room but, due to Covid and social distancing, visiting teams are forced to get changed at the adjacent health clubCredit: Getty Images 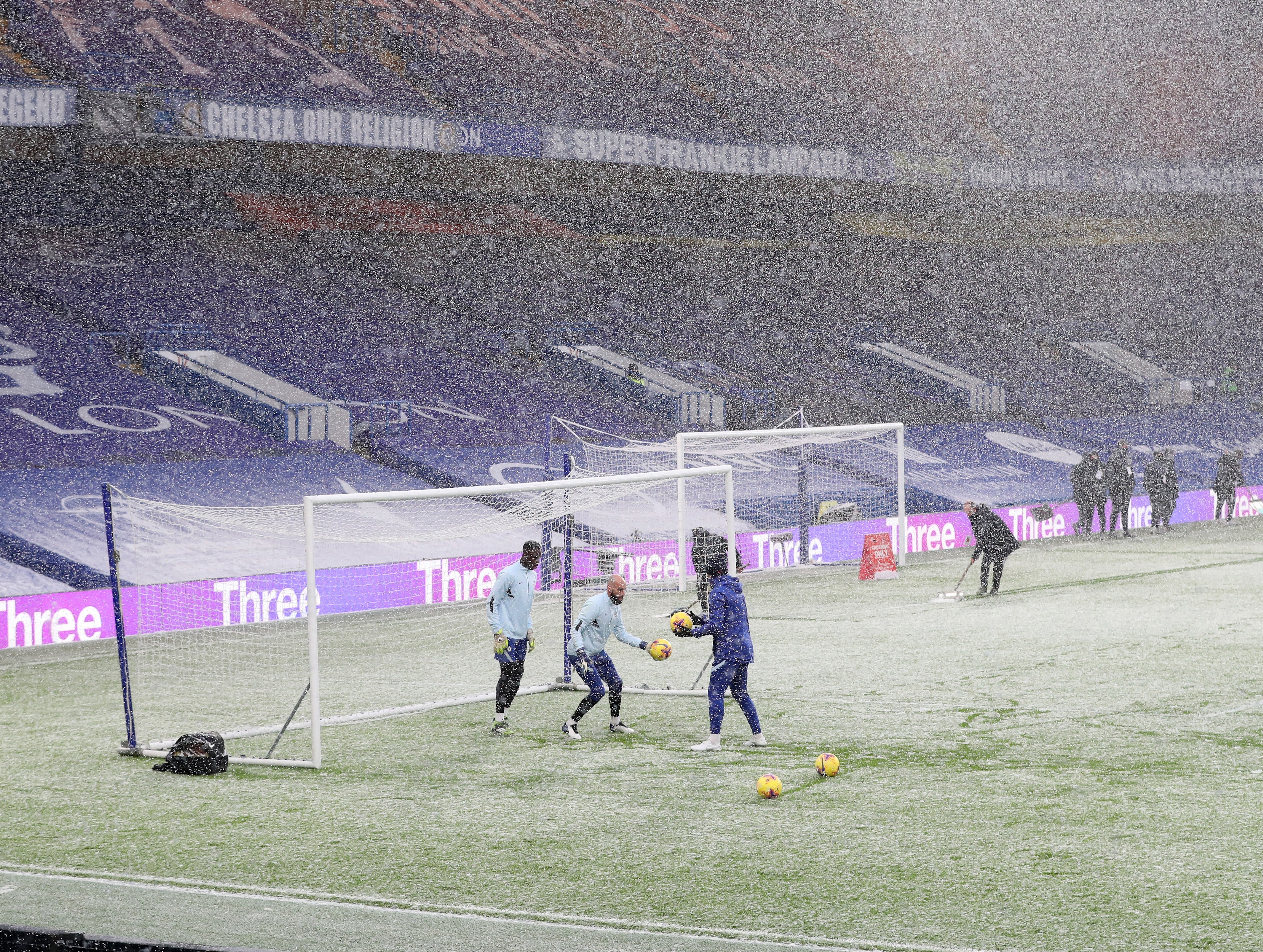 Groundstaff worked to clear snow off the pitch before the game at Stamford BridgeCredit: Getty Images

Groundstaff worked hard to clear the snow at Stamford Bridge that fell on London on Sunday morning.

Officials were forced to ditch the white ball just minutes into the game due to the snow.

Chelsea led 2-1 at half-time with a double from Tammy Abraham before Kepa’s howler gifted Jordan Clark a route back into the contest.