Some of the treats this season (Picture: Côte/allplants/The Habour Cafe)

The festive season is essentially an entire month of brilliant food and lashings of fizz.

And it’s a lot easier when most of the hard work has been done for you.

So there’s never been a better time to order food delivery boxes and meal kits – especially when lots of restaurants and delivery companies are laying on a plethora of festive treats.

Whether you want to take the hassle out of the big day itself, or hosting during the festive season in general, there are all kinds of seasonal goodies to feast on.

We’ve rounded up some of the best: 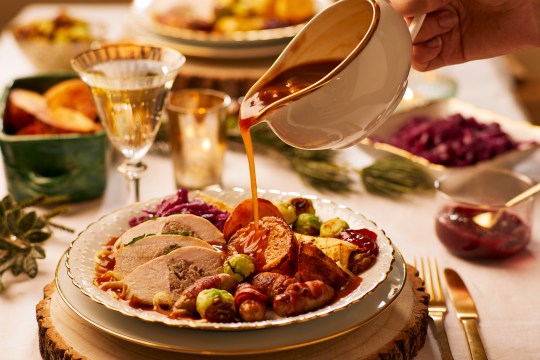 Ready in less an an hour (Picture: Gousto)

The food delivery service has launched a Christmas dinner in a box for this year – which can be ready in less than an hour.

The Gousto Christmas dinner box – which can be for two people, or for a family of up to five – is available to order now with first delivery on December 11 and the last on Christmas Eve. 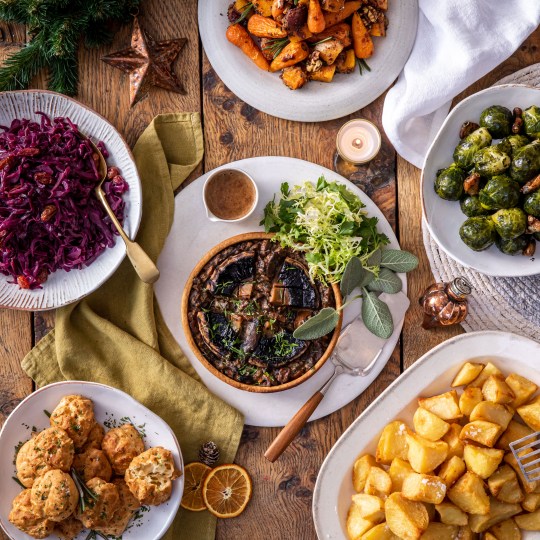 Some of the plates (Picture: Côte)

Choose from either a traditional turkey or vegetarian feast with Côte at Home’s Christmas boxes – both come with all the trimmings, such as spiced red cabbage and garlic Brussels sprouts.

But perhaps the best part is the fact they can be ready in just 30 minutes – so you can spend more time with loved ones, instead of in the kitchen. 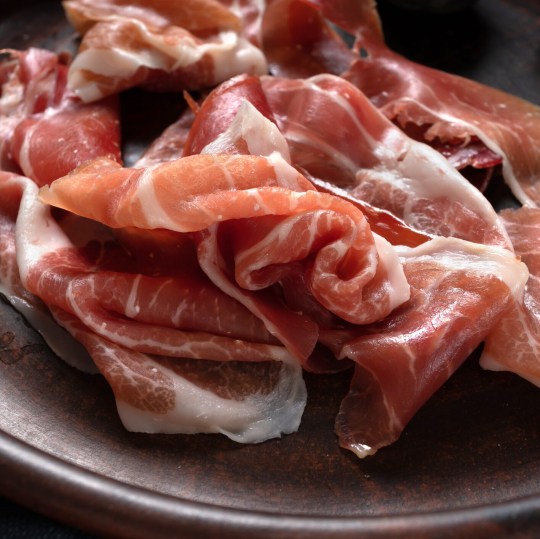 An entire Christmas roast plus starters and desserts (Picture: Getty)

Michelin-starred chef Aktar Islam’s Christmas feast kit is a great option for those wanting something other than turkey this year.

It’s made up of a selection of cured meats, terrines and homemade bread – followed by a beef roast dinner and must-have accompaniments.

If that wasn’t decadent enough, fine cheeses, petit fours and homemade choux buns are also included in the meal kit. 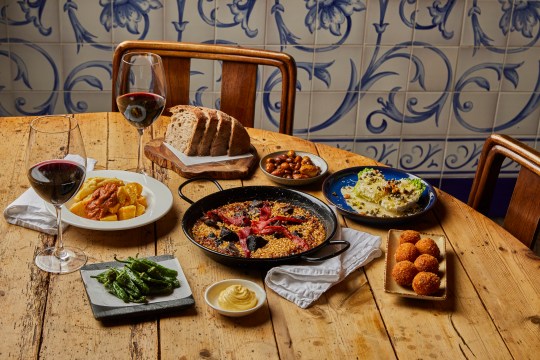 Spanish chef José Pizarro is offering a hearty ox cheek and roasted pepper paella with tapas over the festive period.

Smaller plates include patatas bravas, padrón peppers and chicken croquetas – and these can be enjoyed either before or alongside the main. 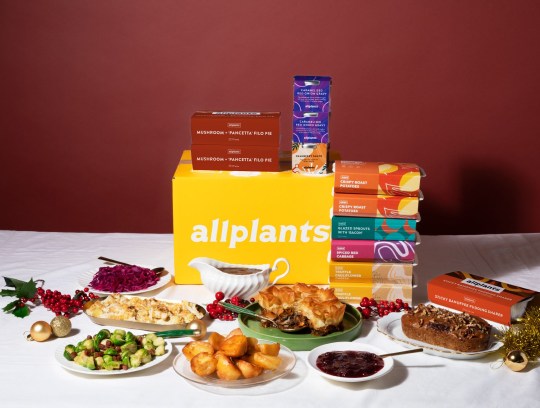 More and more people are incorporating plant-based food into their diets, whether it’s as a vegan or a climatarian.

If this applies to you, meal delivery company allplants has given festive classics a plant-based twist with their Christmas menu – with a mushroom and ‘pancetta’ filo pie, glazed sprouts with ‘bacon’, truffle cauliflower cheese, and an indulgent chocolate peanut fondant.

All simply dropped on your doorstep, ready to be heated at home.

Also, for every box sold throughout December, allplants will make a donation to charity Choose Love.

From £40.50 for single portions, allplants.com 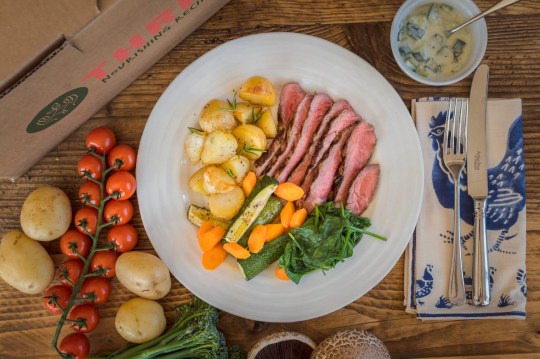 If turkey isn’t your thing, an indulgent steak box from Thrive could be just the ticket.

There’s a roast rib of beef box with all the festive trimmings, including a Yorkshire pudding, Brussels sprouts and spiced cabbage – priced at £16.25 per person.

From £95 for four to six people, thriveboxes.myshopify.com 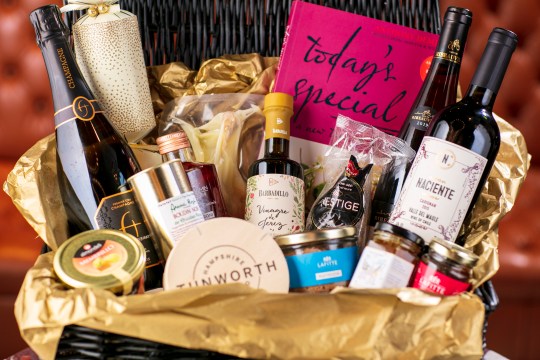 Wild Honey St James is offering three different festive hampers throughout December – packed with everything you could possibly need for the holiday season.

They feature a selection of culinary delights, including a bottle of Wild Honey’s signature negroni, homemade honey, charcuterie, cheese and more. 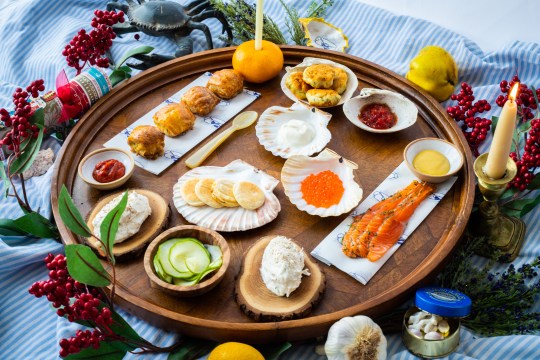 The Harbour Café is doing things a little different this year, with a festive box that features seafood delights, rather than traditional goodies.

The star of the show, however, has to be the Scottish langoustines with aioli and lemon.

This article contains affiliate links. We may earn a small commission on purchases made through one of these links but this never influences our experts’ opinions. Products are tested and reviewed independently of commercial initiatives. 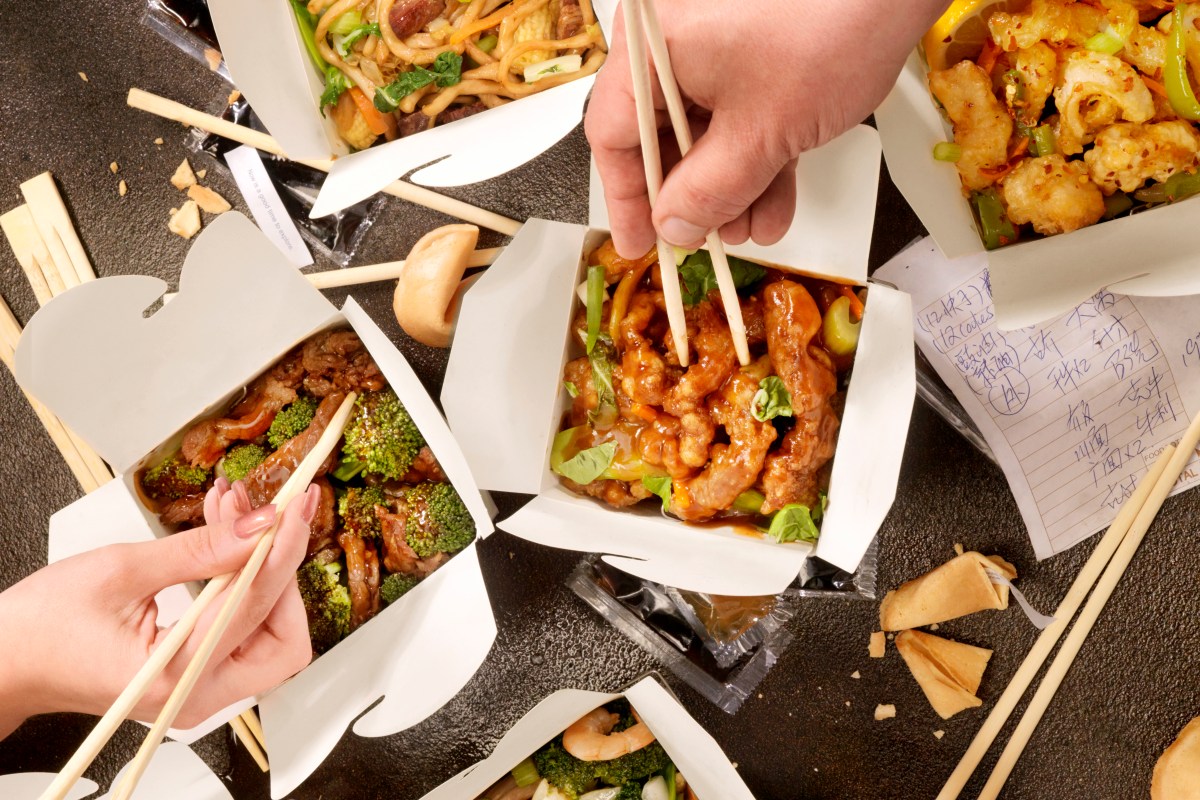 NEXT Tuesday sees the start of the Year of the Tiger, predicted to bring ‘generosity, adventure and enthusiasm’ after two...

McDonald’s breakfast: What’s on the menu? Plus, the items being slashed