A POWERFUL storm bringing tornados, downpours and gales is set to rock the East Coast affecting 60million over the Christmas holiday.

The powerful storm is set to unleash extreme weather conditions along the East Coast beginning on Christmas Eve, bringing strong winds, flooding and even the chance of tornados in some areas. 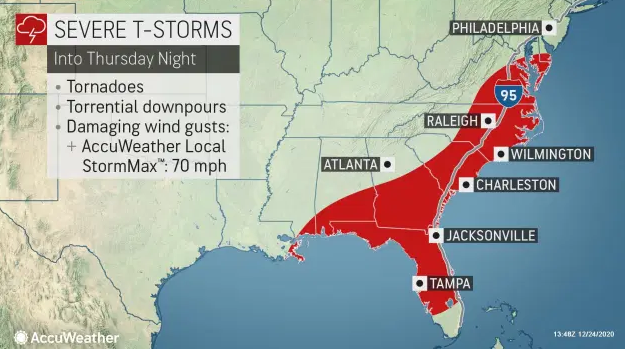 A powerful storm is set to rock the East Coast over the Christmas holidayCredit: AccuWeather

The latest storm comes just one week after winter Storm Gali buried parts of the Northeast with several feet of snow and left six people dead.

Heavy rainfall and flooding are a concern for parts of the South and East up to Maine, according to The Weather Channel.

Winds can reach up to 60 miles per hour that will stretch from North Carolina to Maine on Christmas Eve. 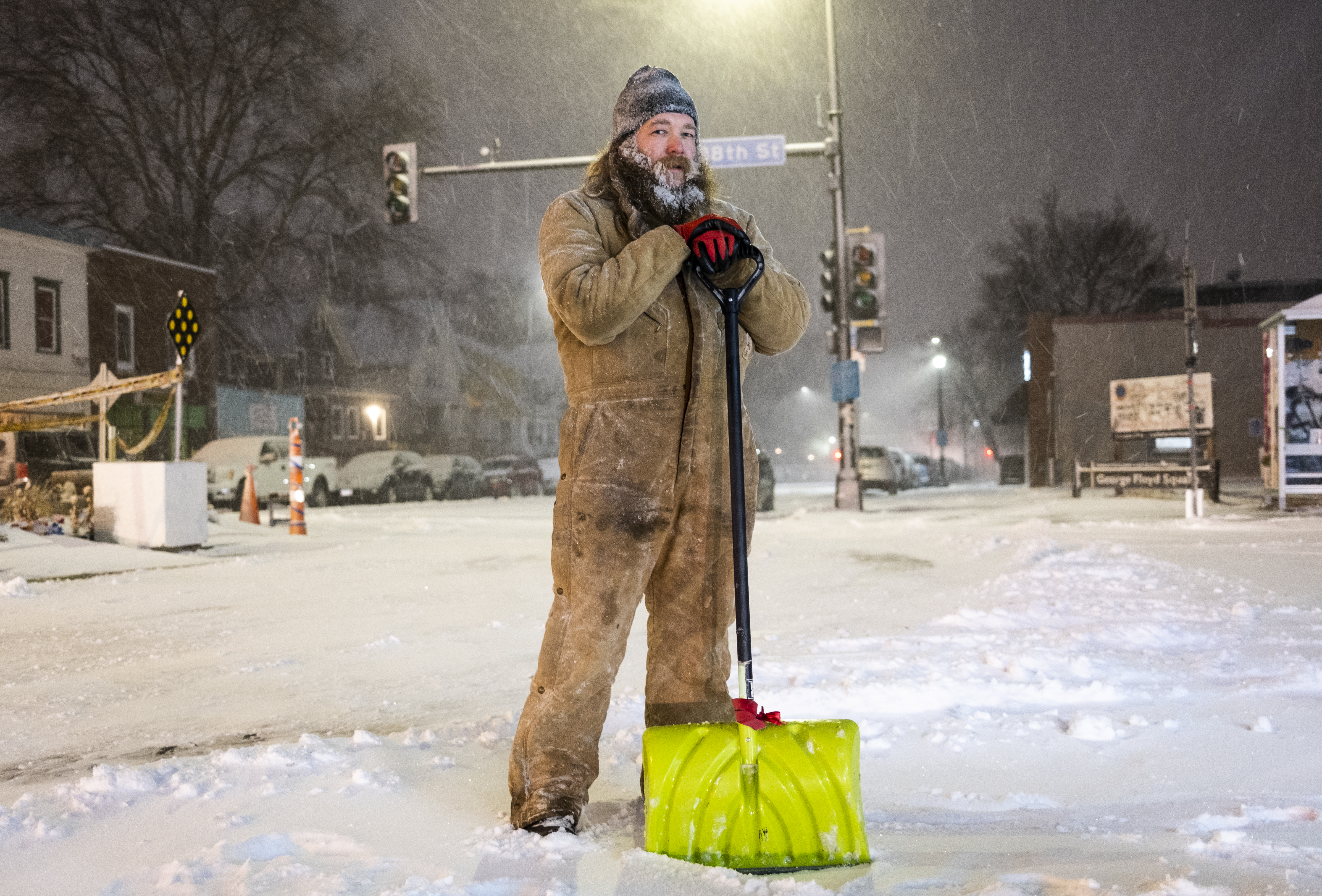 A blizzard warnings was issued in parts of the Midwest region on WednesdayCredit: Getty Images – Getty 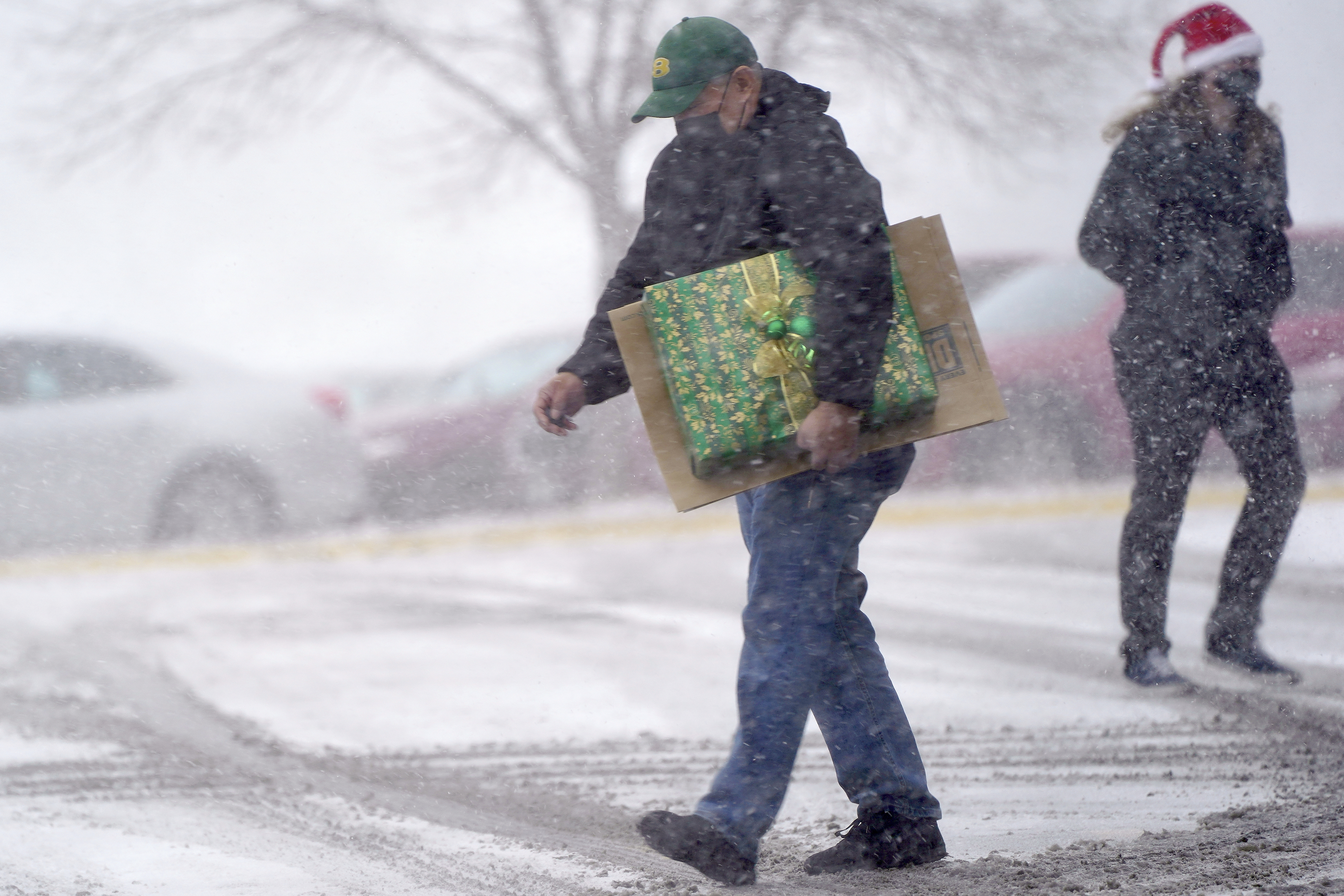 Snow flurries could travel down to Atlanta by Thursday nightCredit: AP:Associated Press

“By Thursday this system could bring snow to the Great Lakes and heavy rain to much of the East Coast,” CNN meteorologist Haley Brink said.

The Northeast and Mid-Atlantic will likely get snow on Christmas Day, and snow flurries could travel down to Atlanta on Thursday night into Friday morning.

The East Coast will see a dramatic temperature swing as parts of New Jersey and New York City hitting the high 50s on Christmas Eve, but will fall to below freezing by Christmas night.

As of Wednesday, blizzard warnings were issued in parts of the Midwest region, including South and North Dakota as well as Minnesota. 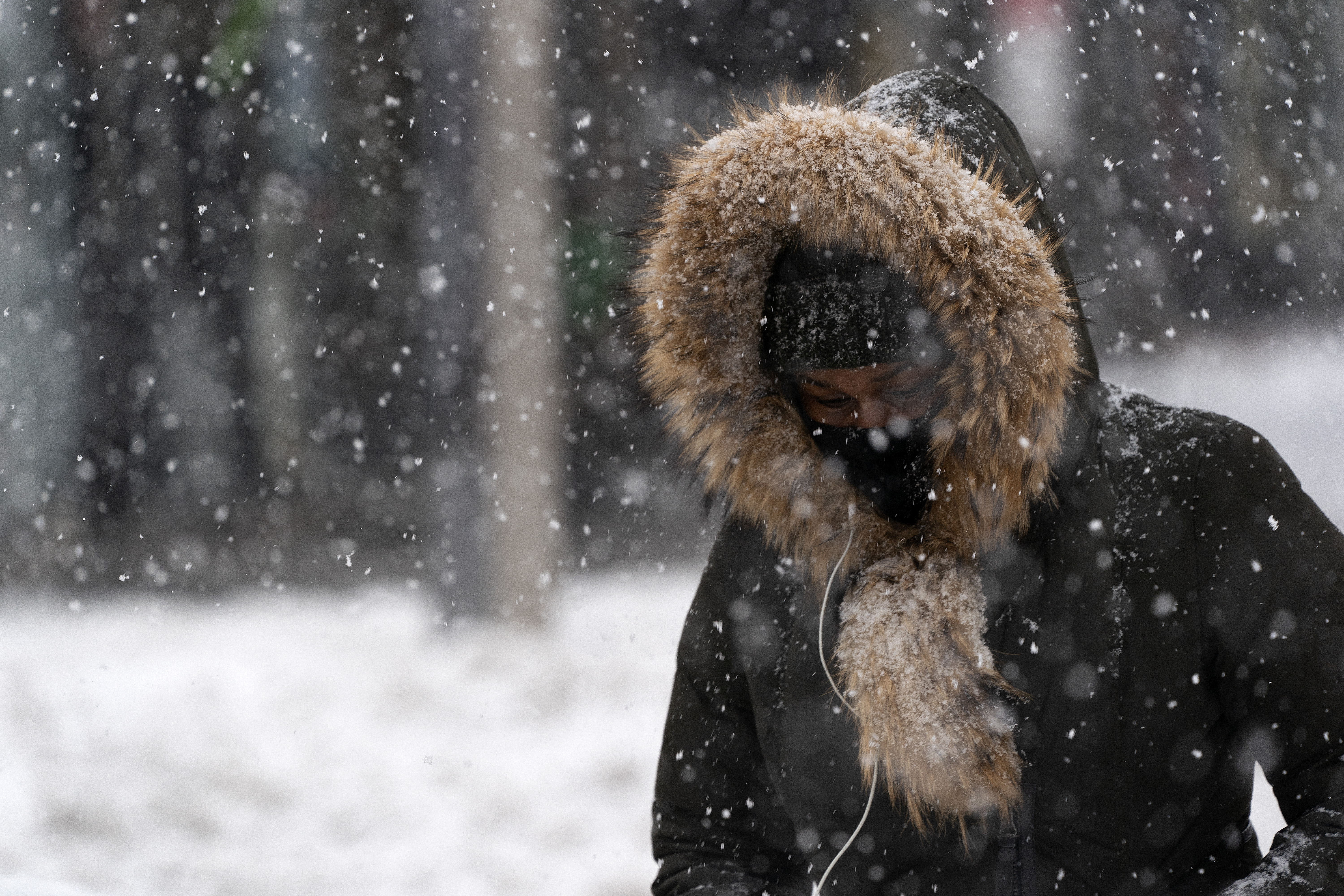 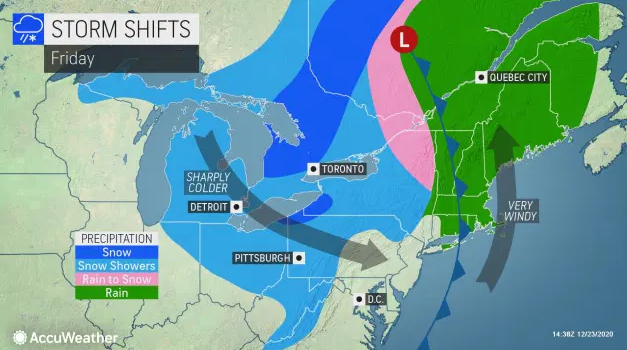 A look at the Christmas storm set to slam the East CoastCredit: AccuWeather

The National Weather Service issued warnings of high winds and temperatures will fall to below zero.

Chicago will dip down to the lower 20s on Thursday and Friday.

In Atlanta, highs approach 60 degrees on Thursday but drop down to the 30s on Christmas Day.