DELE ALLI could be the next English footballer to play in French football.

The Spurs midfielder has been frozen out of Tottenham’s first team by Jose Mourinho, and has been linked with a move to PSG – where he would be reunited with Mauricio Pochettino. 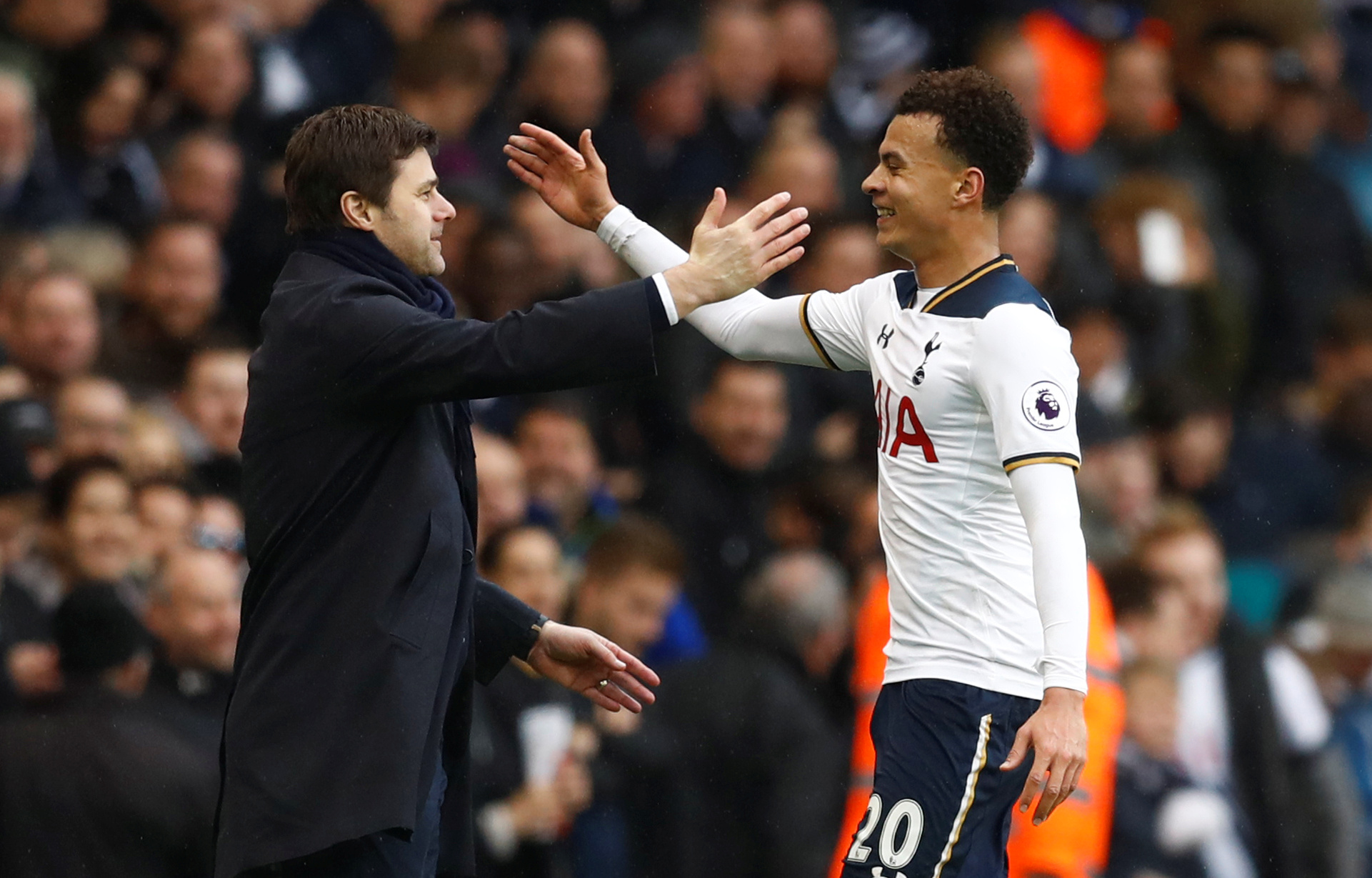 Dele Alli could be set for a move to French football with PSG and a reunion with Mauricio PochettinoCredit: –

And Alli – or maybe that should be Allez – wouldn’t be the first star from our shores to try his hand at Ligue 1.

In what his final season as a pro, Beckham felt the Louvre at PSG.

He played fourteen times after signing on a short-term deal in January 2013 – memorably playing for free after donating his salary to local children’s charities.

In his final home game for the club, he provided an assist from a trademark corner for a goal from Blaise Matuidi.

Becks was subbed off on 80 minutes to a standing ovation – receiving hugs from his fellow players and managers.

At the end of the season, PSG were crowned champions and Beckham got another winner’s medal. 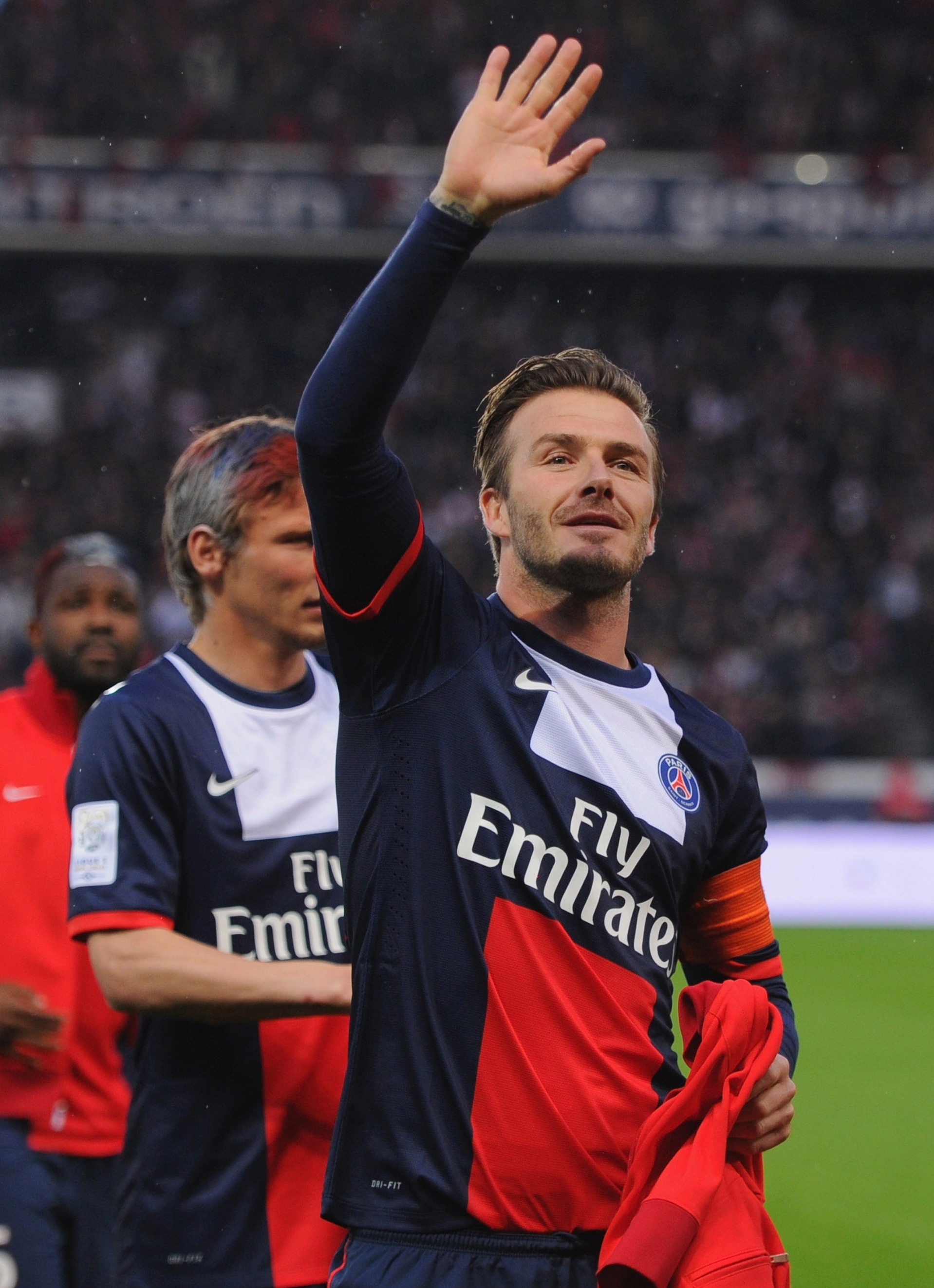 David Beckham retired at PSG and was given a hero’s ovation Credit: Getty Images – Getty

The ex-Millwall and Chelsea centre forward joined Marseille in 1994 at the age of 32, apparently with his best years behind him.

However, Cascarino, who was born in England but played for Republic of Ireland, was a major success story in France.

He won the Ligue 2 title with both Marseille and Nancy, where he scored 61 goals in 84 games and 44 in 109 respectively.

He ended his career at Red Star 93, and still holds a Ligue 1 record for oldest to score a hat-trick, which he did aged 37 for Nancy. 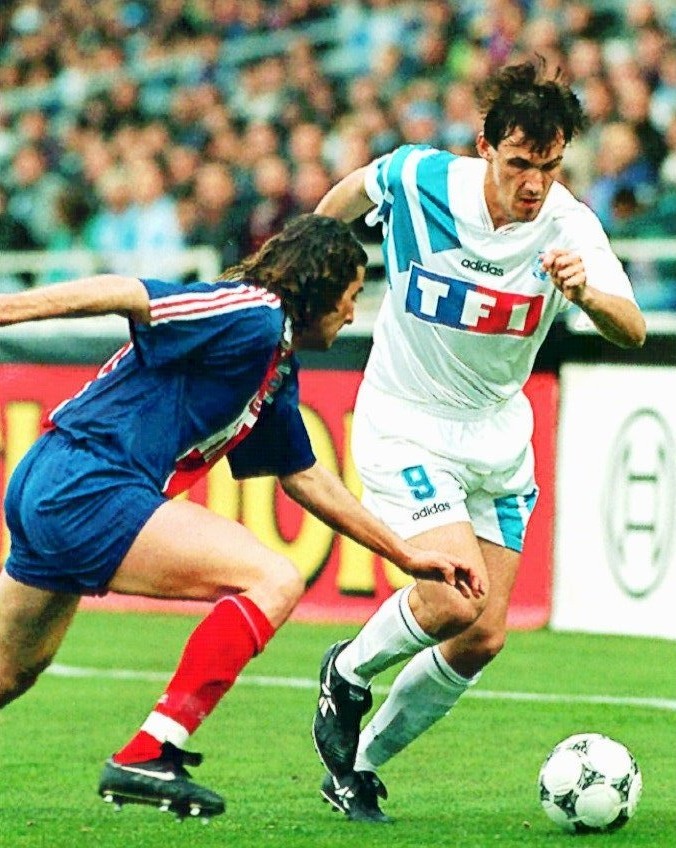 Tony Cascarino was a roaring success at MarseilleCredit: AP:Associated Press 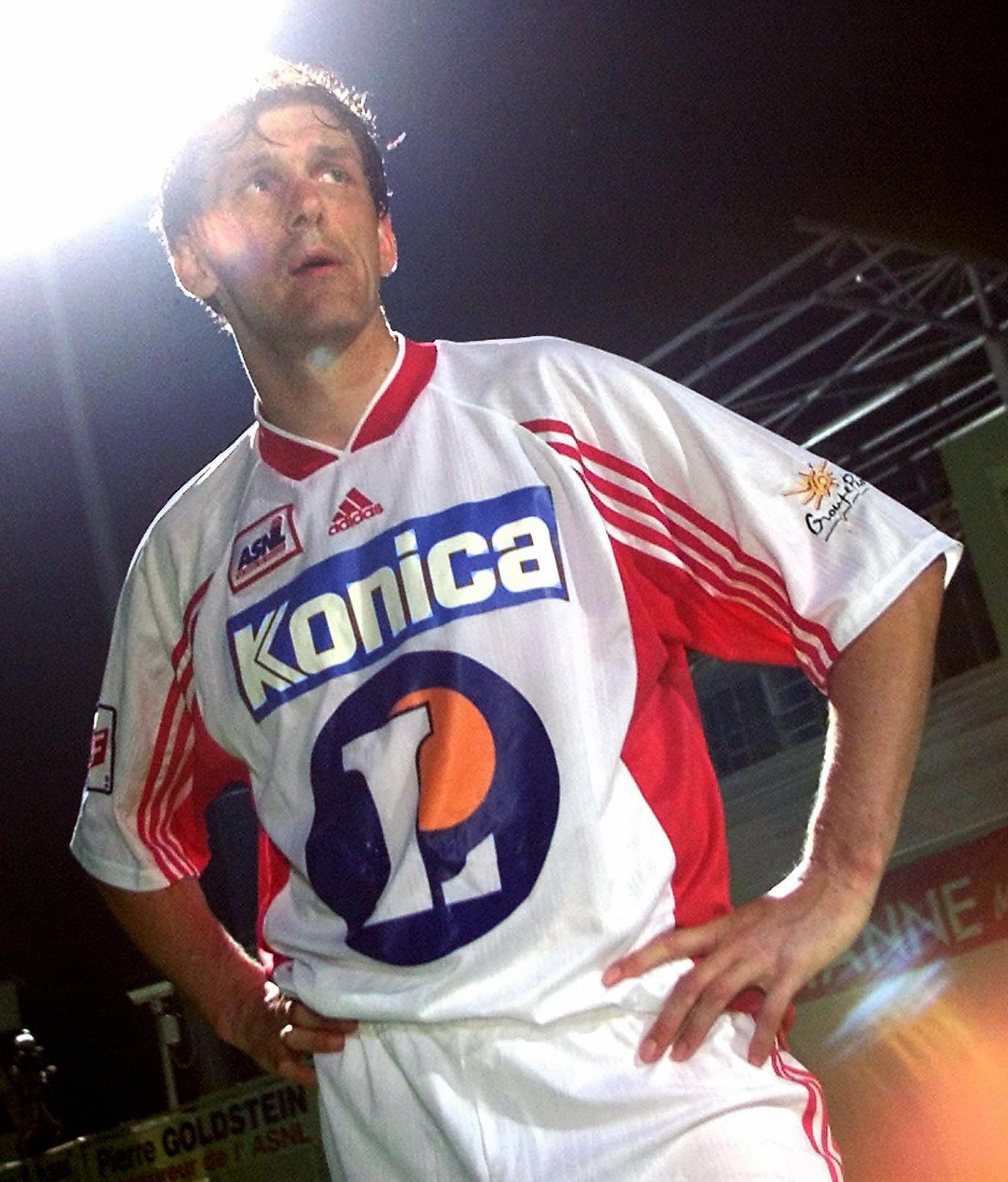 Cascarino holds the Ligue 1 record of oldest player to score a hat-trick at 37 for NancyCredit: AFP

Spurs legend Hoddle was made for playing overseas.

A cultured midfielder, he took Ligue 1 by storm under boss Arsene Wenger, who gave him licence to roam around the pitch as a classic No10 for Monaco.

Hoddle played alongside George Weah, and helped the principality become kings of France in 1988 and they reached the quarter finals of the European Cup a season later.

A serious knee injury curtailed his final season in France, and he was released after scoring 27 league goals in 69 games. 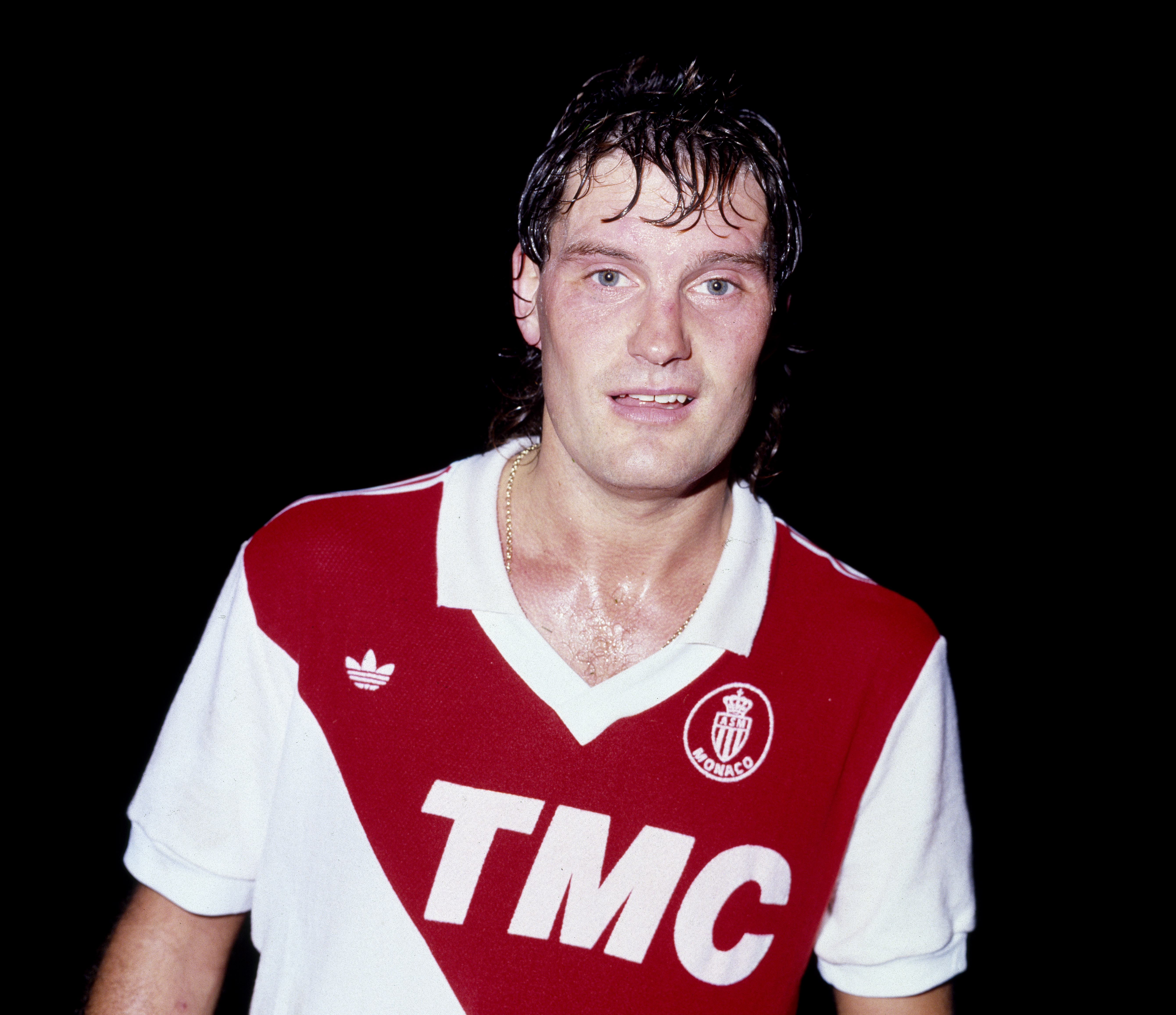 After falling out of favour at Liverpool, Cole decided to move to then-French champions Lille on loan in 2011.

The former England international got to play with a young Eden Hazard, before he moved to Chelsea.

And the pair combined well – with Cole being a relative success in France under boss Rudi Garcia, who wanted to keep him permanently after a season he scored nine times in all competitions.

However, Cole felt he had unfinished business at Liverpool -returning to Anfield for a second chance with incoming manager Brendan Rodgers. 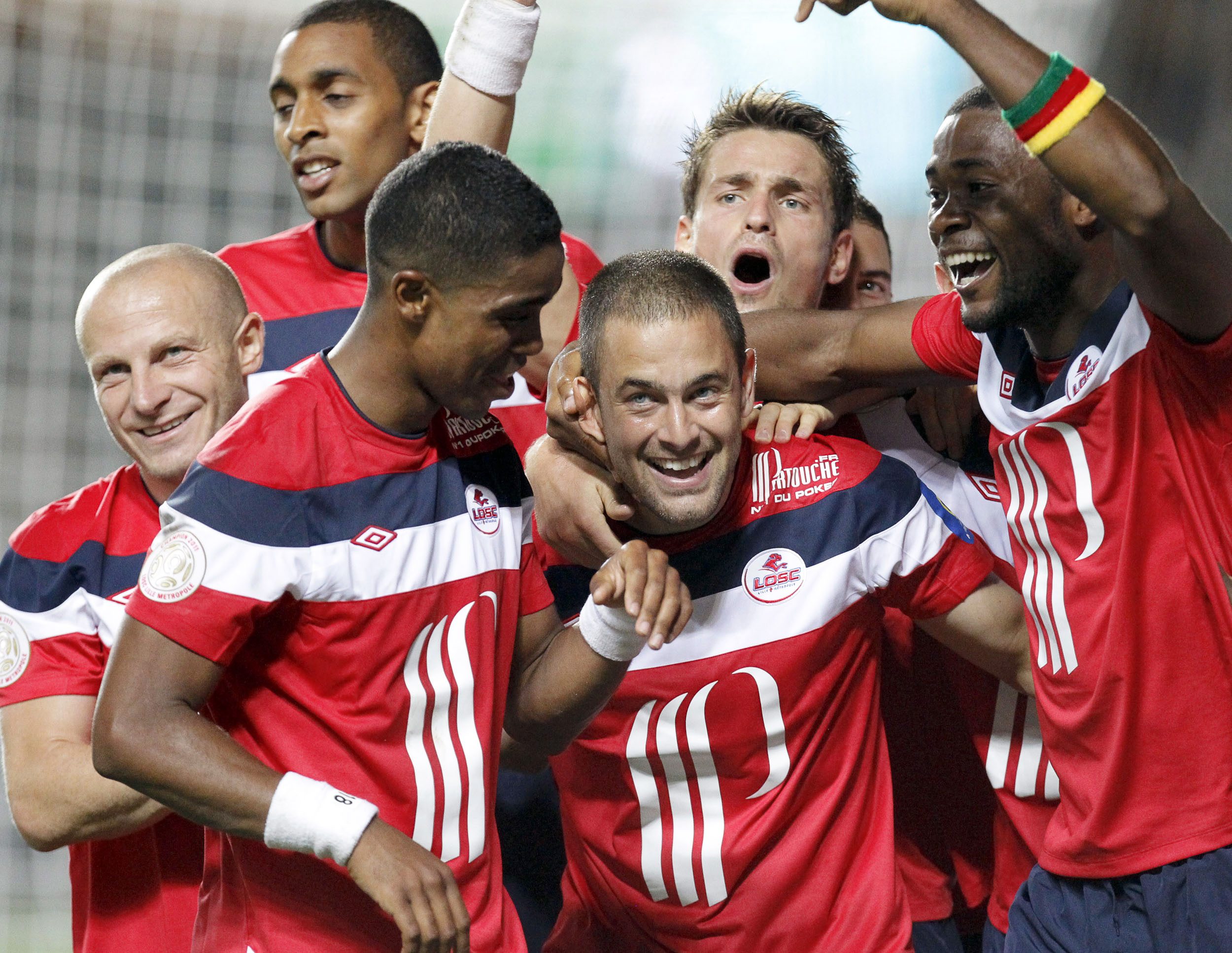 Lille wanted Joe Cole to stay but he returned to Liverpool following a successful loanCredit: Reuters 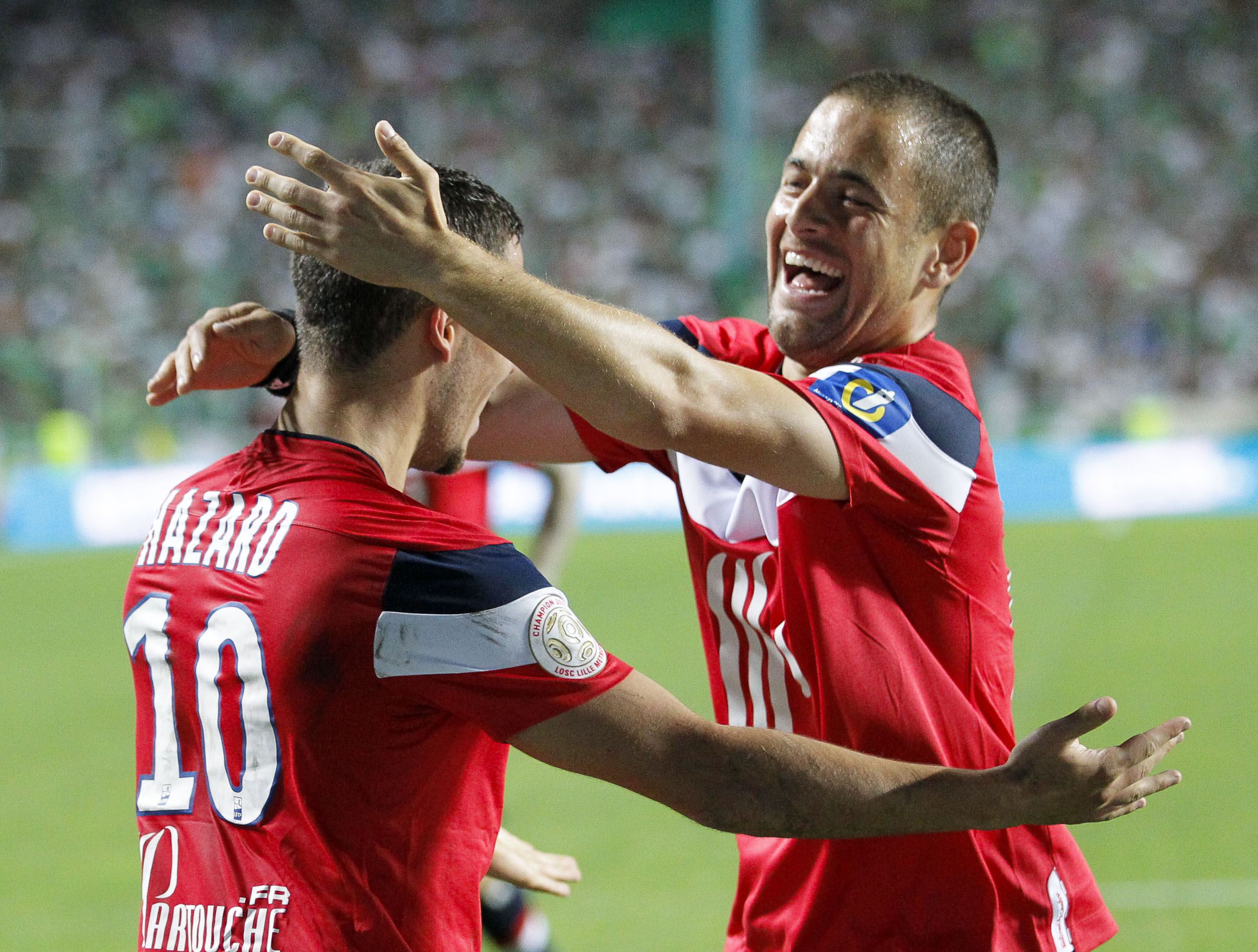 A year before the 1990 World Cup, Waddle took a gamble with his career and moved out of his comfort zone at Spurs to Marseille.

The fee, £4.5million, was the third highest sum ever paid for a footballer at that time.

But the winger didn’t buckle under the pressure and won three league titles with the club in his three seasons there, and was a runner-up in the European Cup.

He earned the nickname “Magic Chris” among the fans, and was voted second best Marseille player of the century behind Jean Pierre Papin for the club’s centenary in 1998. 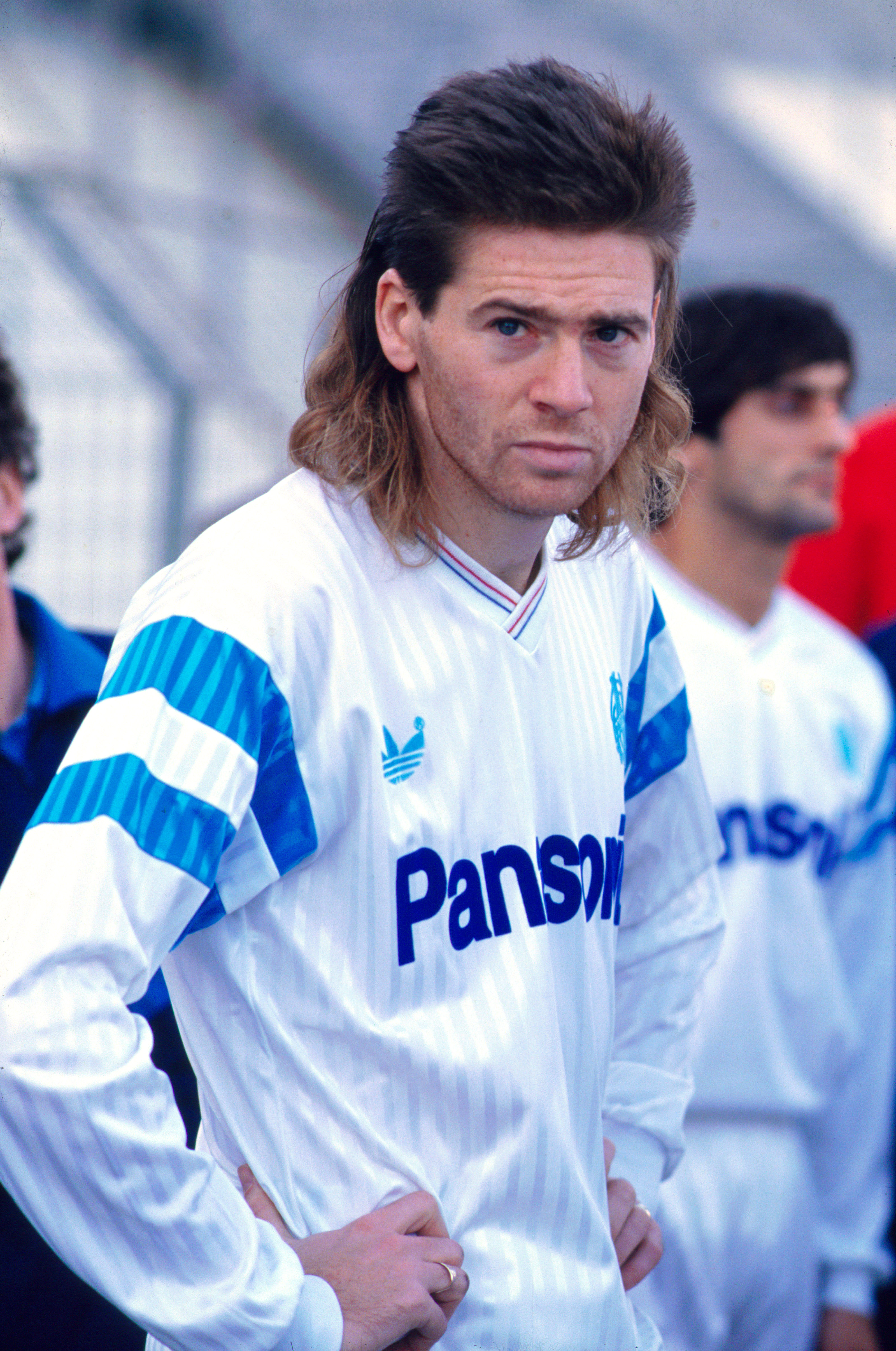 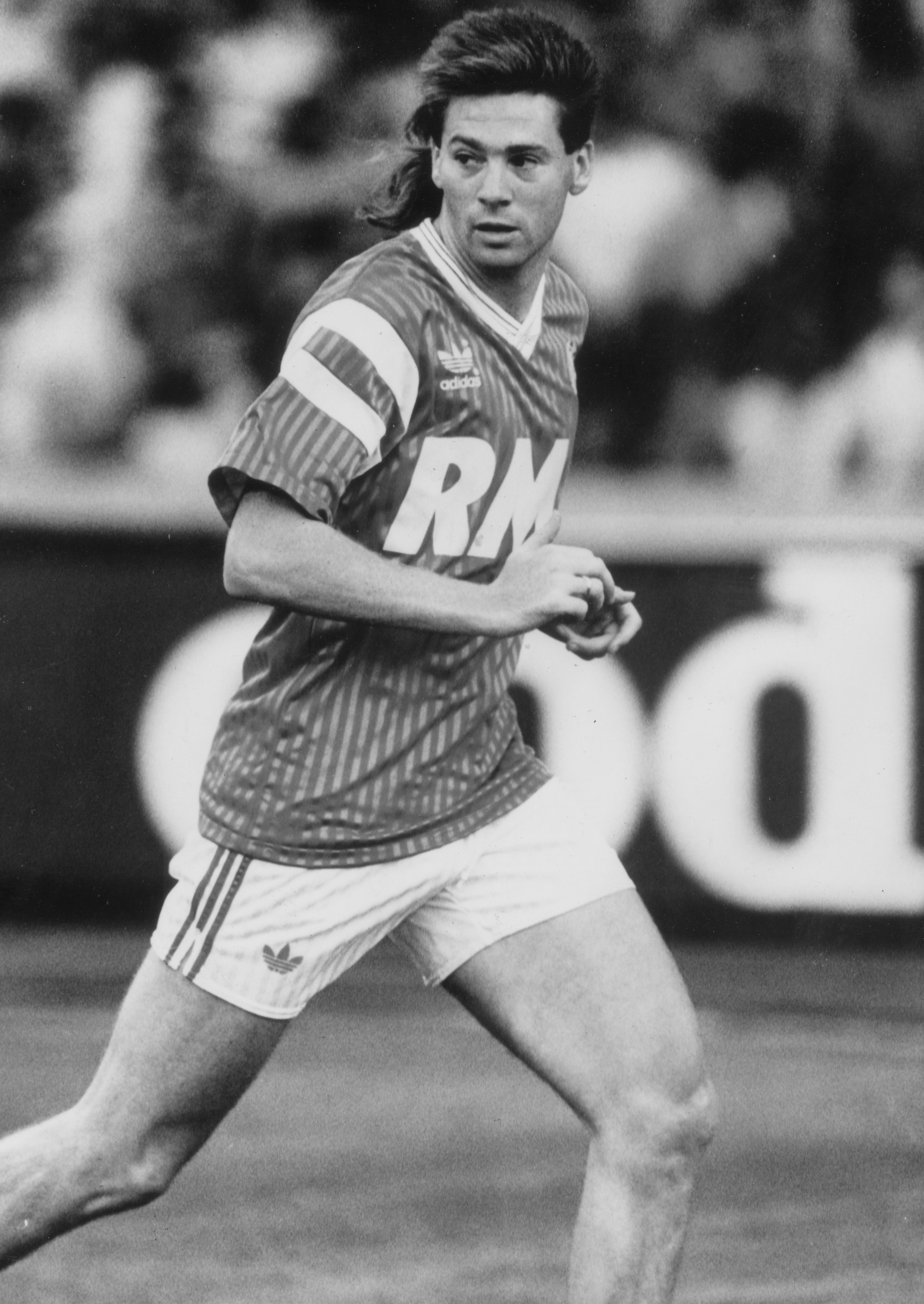 Waddle won three Ligue 1 championships with Marseille and was second in a fans’ vote for player of the century in 1990Credit: News Group Newspapers Ltd

After getting sent off in the final game of the season for QPR against Manchester City in 2012 – receiving a 12-game ban for having a go at several City players – Barton had to get away.

The combative midfielder chose Marseille, who he joined on a season-long loan.

However, his ban was upheld in French football, so he could only play in the Europa League.

But trouble followed Barton overseas, and in 2013 he was suspended for two games for for describing ex-PSG defender Thiago Silva as looking like an “overweight ladyboy” on Twitter. 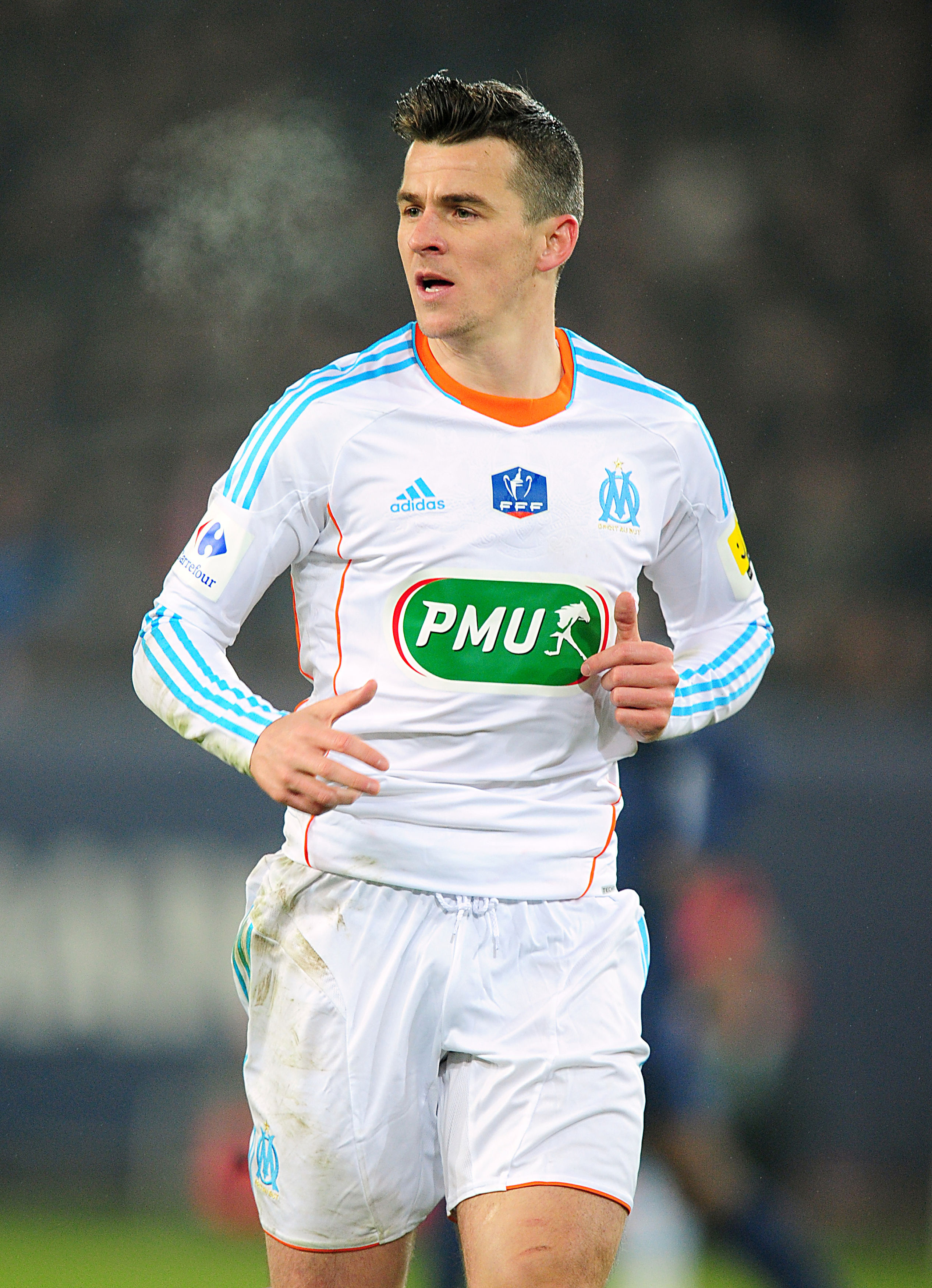 Joe Barton got into bother at Marseille and was suspended for insulting Thiago SilvaCredit: PA:Press Association

The late great ‘Butch’ made a success of himself abroad at AC Milan, where the Italian press eulogised him as a “serious and meticulous professional who was immediately appreciated for his long and precise passes”.

However, he struggled at PSG when he was sold to the Paris club in 1987.

Failing to dislodge Gabriel Calderon and Safet Susic from their midfield, he was limited to just 13 appearances – mostly from the bench.

Wilkins moved to Scotland the same year after he was signed by Glasgow Rangers for £250,000. 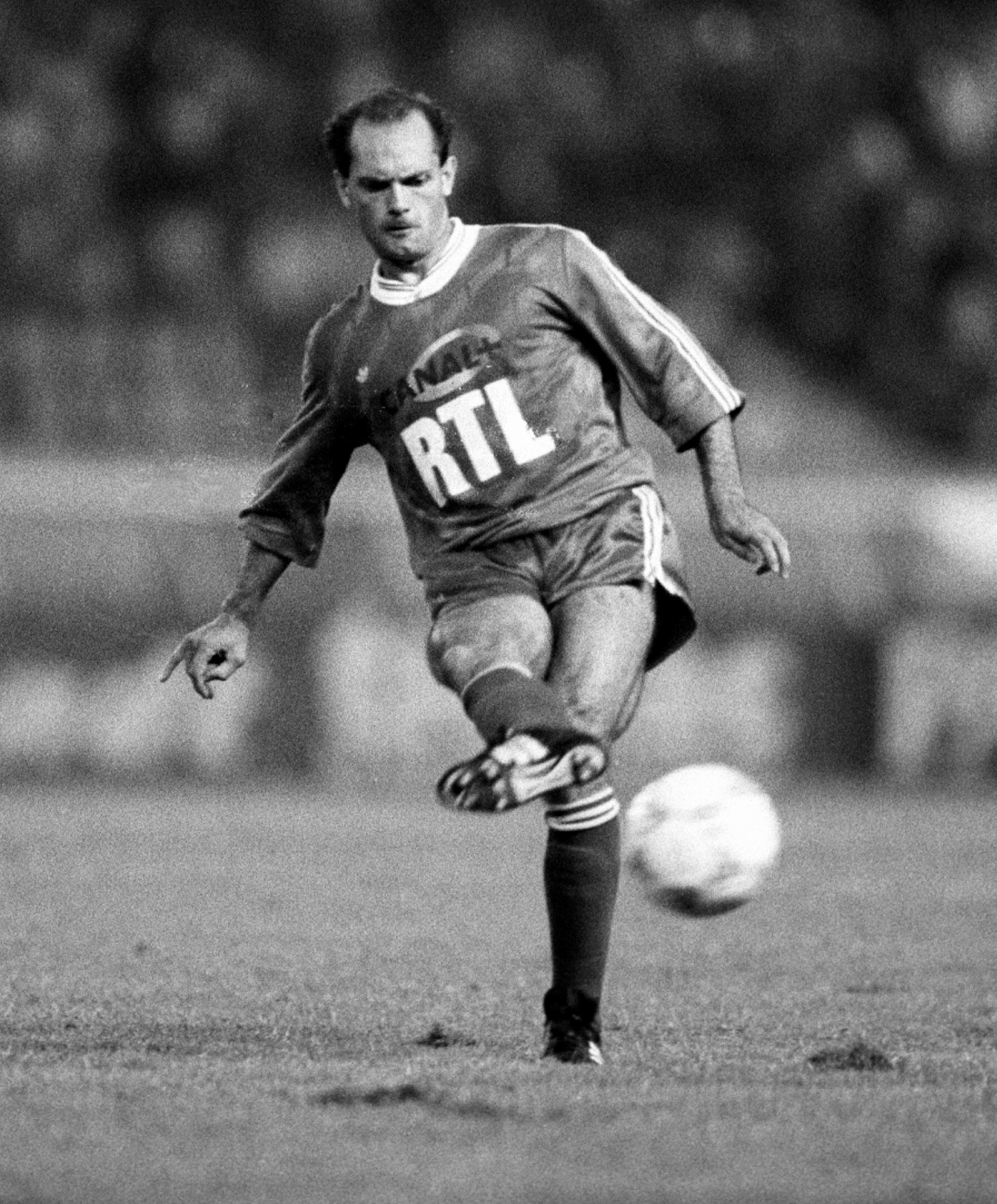 Ray Wilkins struggled for game time at PSG and left after a matter of monthsCredit: Offside Sports

Like Wilkins, Hateley had a stint at AC Milan before he moved to French football.

The English centre forward was signed by Arsene Wenger in 1987, and would spend three years there.

He returned to Britain in 1990 in a £1million deal with Glasgow Rangers, and played under Graeme Souness. 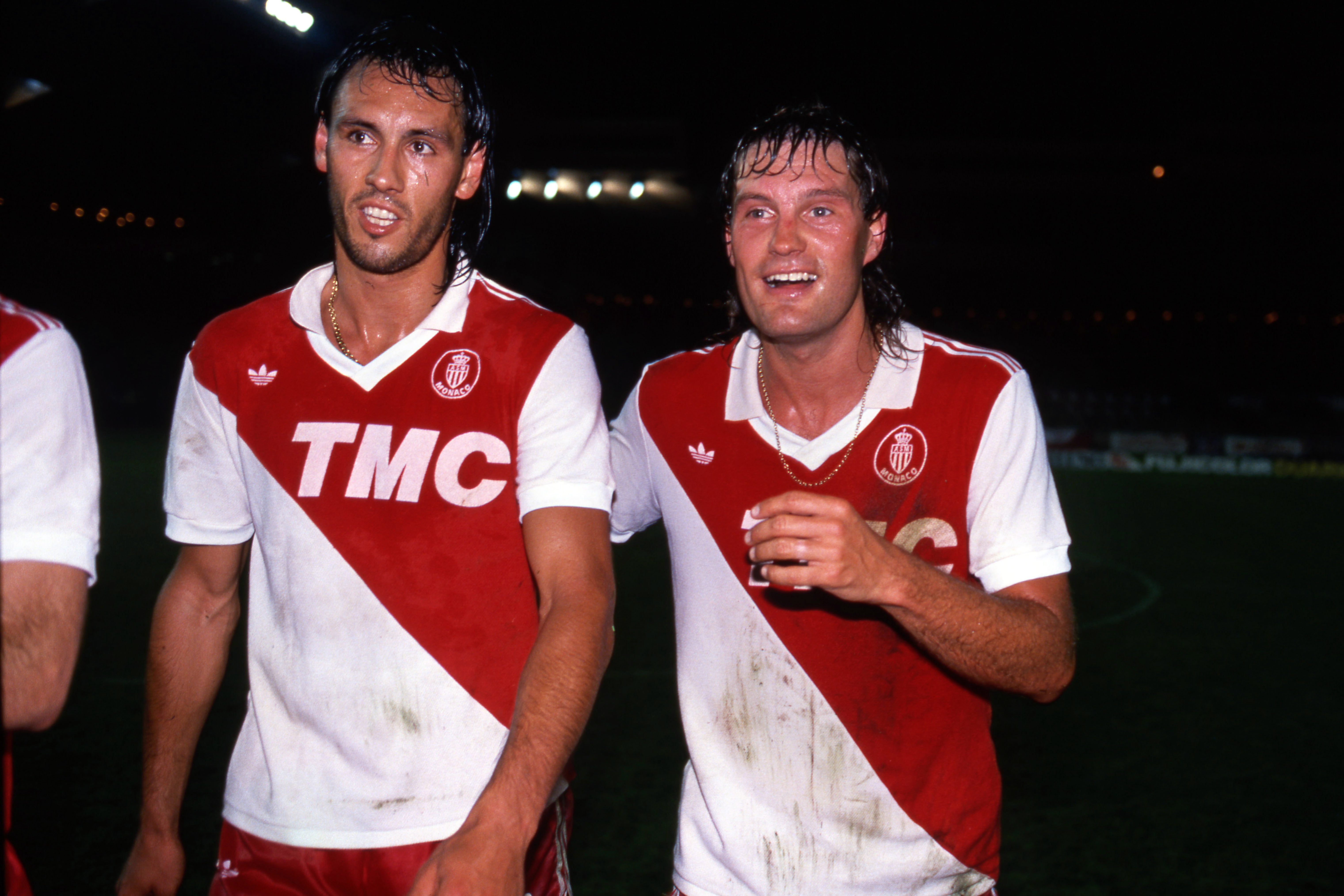 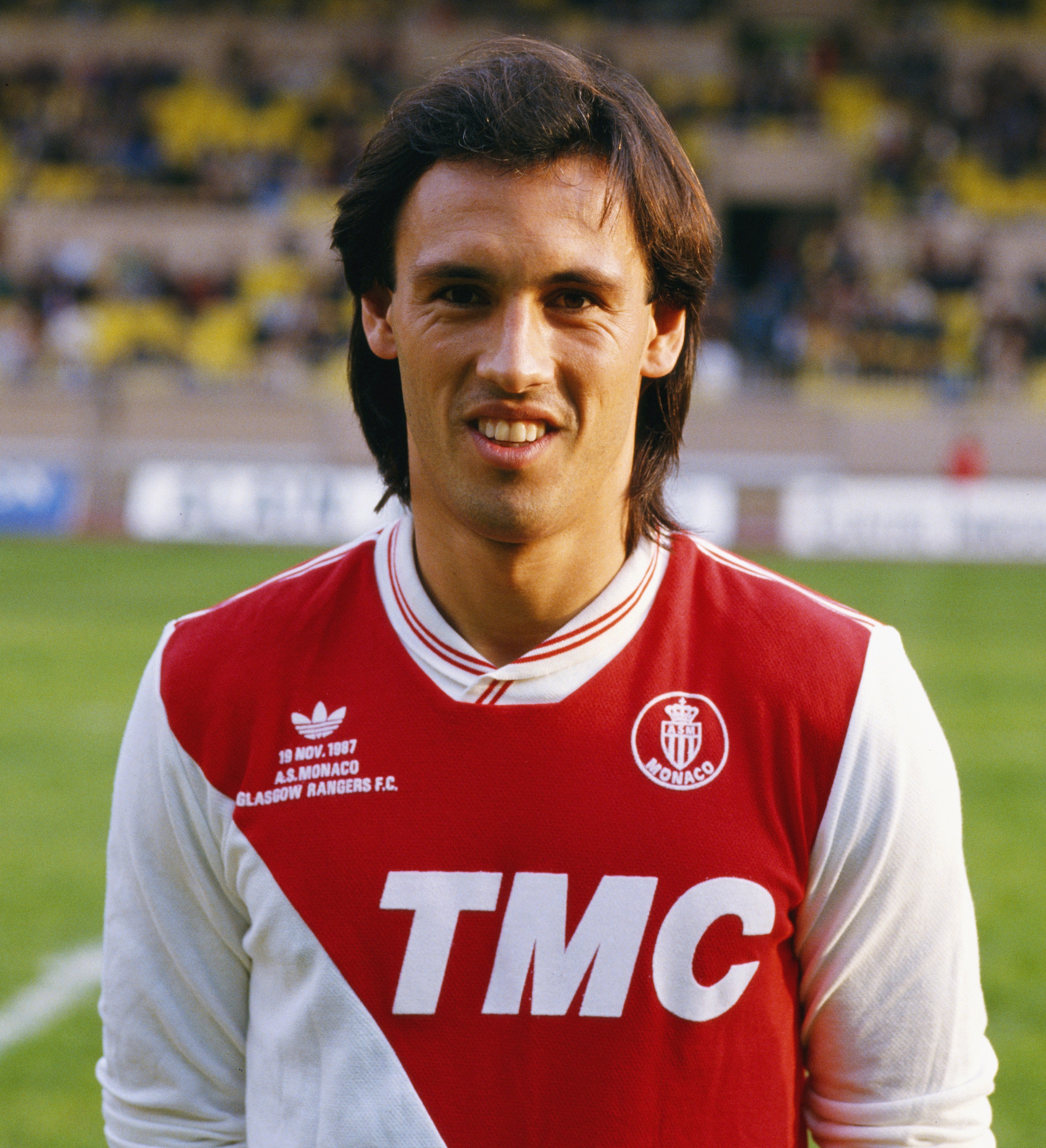 Should Dele Alli make the move to France, he would possibly have a mate there already.

Chelsea loanee Chalobah is currently plying his trade at Lorient, where he is beginning to find his feet at right-back.

So far Chalobah has played nine games for the club, although they sit rock bottom of Ligue 1.

The England U-21 international will still be getting valuable first team football away from Stamford Bridge. 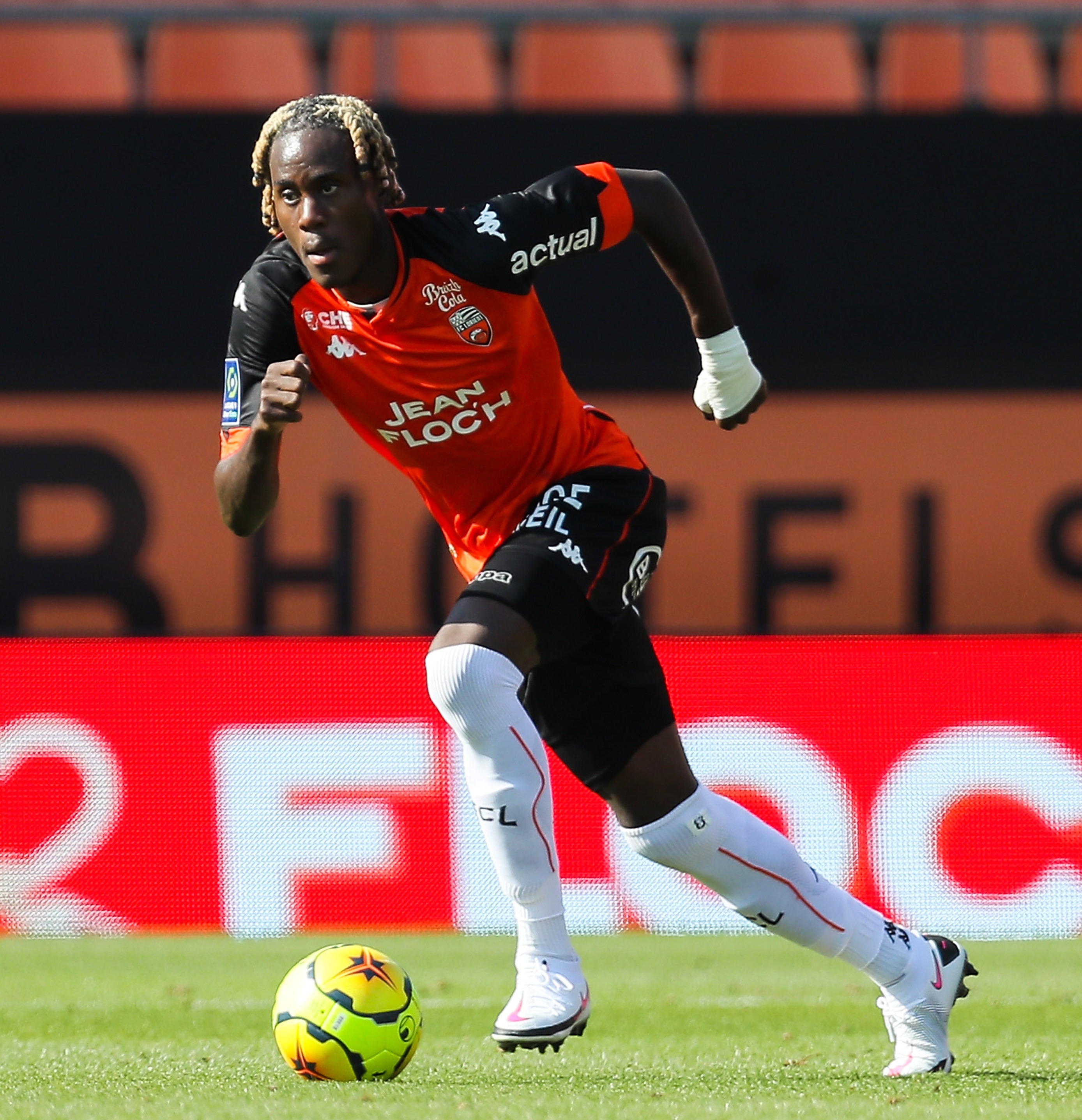 Trevoh Chalobah is currently on loan at Lorient from ChelseaCredit: Icon Sport – Getty

Serial goalscorer Allen flirted with French football for a brief moment from 1988-89 with Bordeaux.

But the marksman was never one to stay somewhere he wasn’t happy, and moved back to England with Manchester City after just 19 games.

Still, he managed 13 goals, so wasn’t a total flop, and Bordeaux fans were sad to see him leave.

Allen would then go on to play for City, Chelsea, West Ham, Millwall, and Carlisle.

There was even a short stint as a kicker for American Football team London Monarchs. 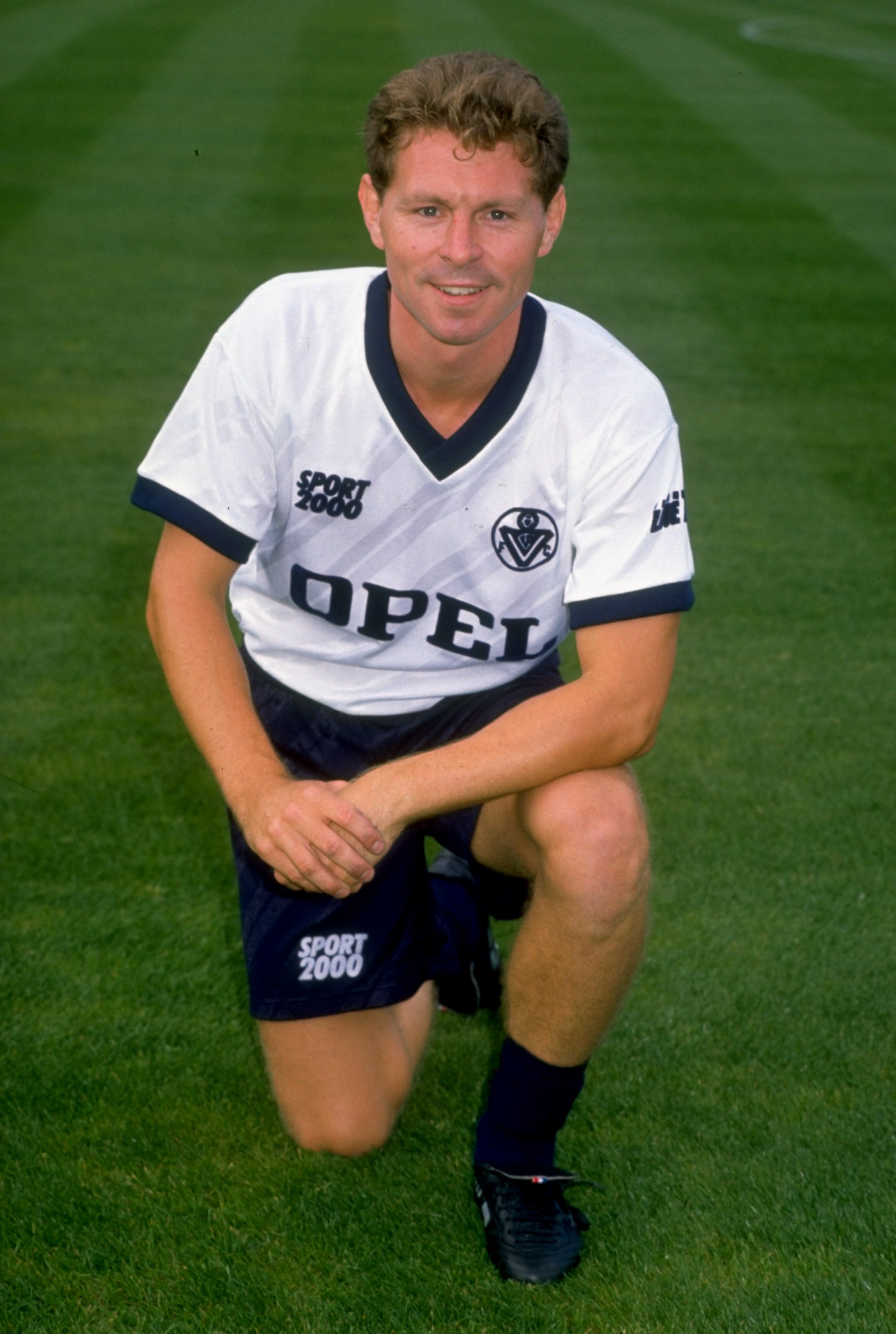