A FASCINATING new video has revealed how fresh air whisks away Covid particles during Christmas lunch in a typical living room.

It comes after the government urged people to open windows if households mixed during the festive holiday. 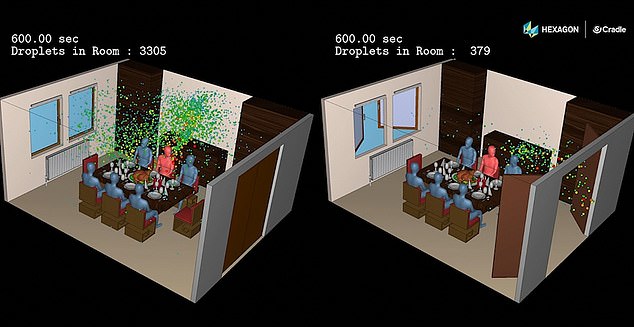 The video shows the difference having windows and doors open makes when having Christmas dinnerCredit: Hexagon Manufacturing Intelligence 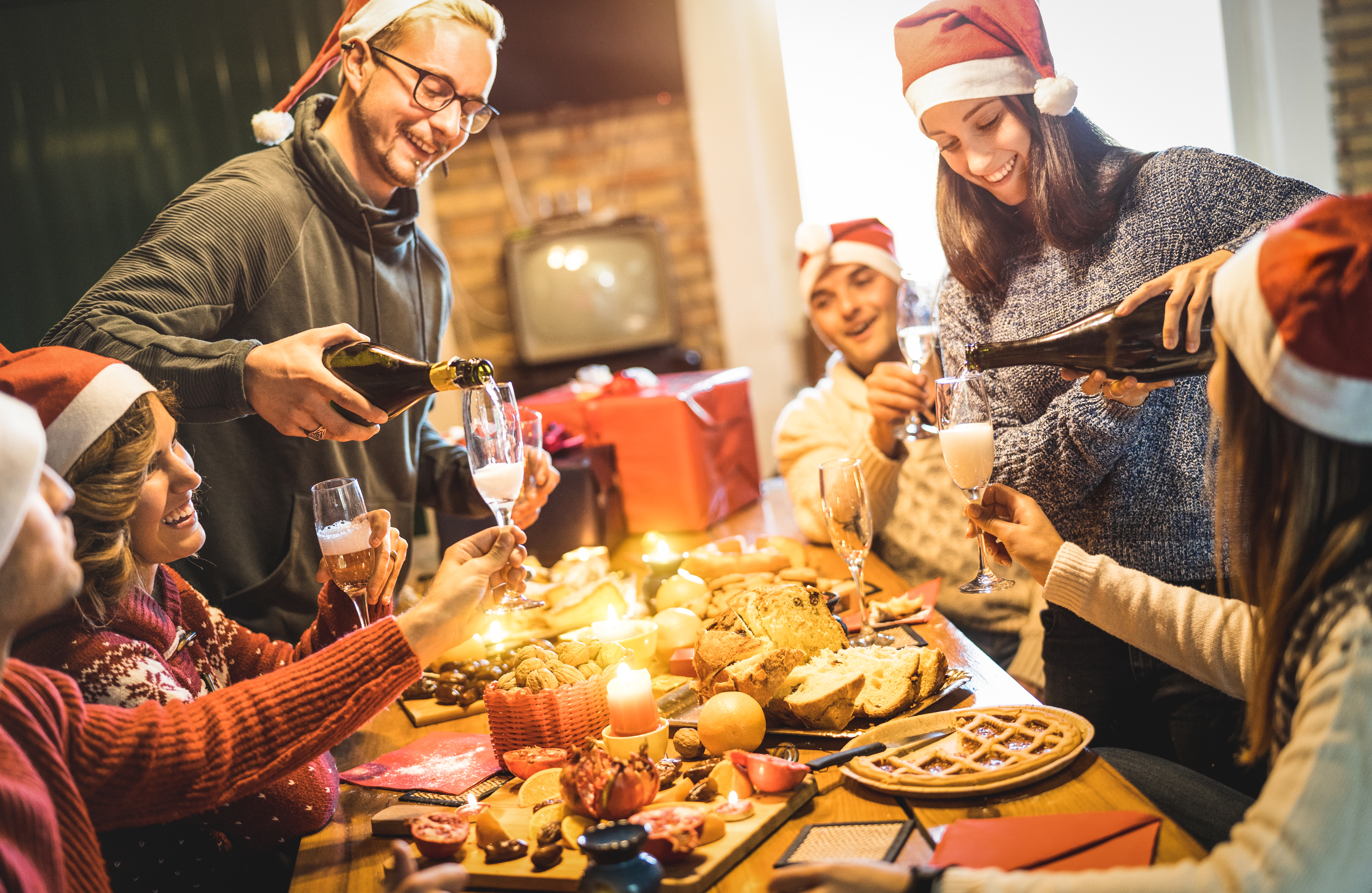 Brits have been told to keep windows and doors open when having the Christmas lunch (file photo)Credit: Getty Images – Getty

It’s feared people could be putting themselves at risk as many families will be coming together for the traditional Christmas turkey meal.

The video shows how coronavirus particles and be expelled from someone’s mouth and circulate round a typical dining room and infect others.

Experts at Hexagon Manufacturing Intelligence in Japan built a model to highlight the risk an asymptomatic person poses to everyone else sat around a table.

Using room dimensions of 16ft x 12ft, researchers ran two versions of their simulation – one with no ventilation in the room and the other with two windows and a door open, each for 10 minutes.

The researchers then mapped the particles expelled from a person’s mouth as they talked and breathed normally.

This caused a relatively slow spread of the particles in comparison to coughing or sneezing.

Hexagon industry director Keith Perrin told MailOnline: “Hexagon engineers in Japan created the simulation as part of a public education effort, to help authorities and the general public understand how to best protect themselves and each other from Covid-19 transmission.

“Being Japanese, they were used to social distancing and wearing PPE when sick, so were intrigued about other attitudes.”

It was found heat from radiators as well as food and people sitting round the dinner table forced particles up towards the ceiling but if there was little or no ventilation then they were forced to fall back down and circulate around the room.

But if there was plenty of ventilation then the particles were almost immediate sucked out of the room.

Perrin said: “Good ventilation is key – simply ensure as many windows and doors as possible are open to help the air circulate and the particles not build up.

“Social distancing is important regardless of the ventilation in the room, but it is not a failsafe – the unventilated simulation shows that the number of infected particles builds up and travels beyond the recommended distancing minimum of 2m, so getting airflow in the room is very important to maximise the effectiveness of social distancing.

“However, at the end of the segment, there’s some elements comparing the effect of an open window.”

Perrin revealed that based on their calculations an infected person in an unventilated room would go on to infect a further six people.

But in a ventilated average dining room, statistically nobody else would be infected.

Towards the end of November Housing Secretary Robert Jenrick warned Brits they should open their windows when eating their Christmas dinner as this helped stop the coronavirus from spreading.

Jenrick said: There are lots of different options, from the whole family coming together at home, to perhaps meeting up for lunch with the windows open, or going out for a walk on Christmas Day.”

Christmas bubbles are allowed on Christmas Day under most of the tiers currently in force, except for tier 4 areas although support bubbles are permitted. 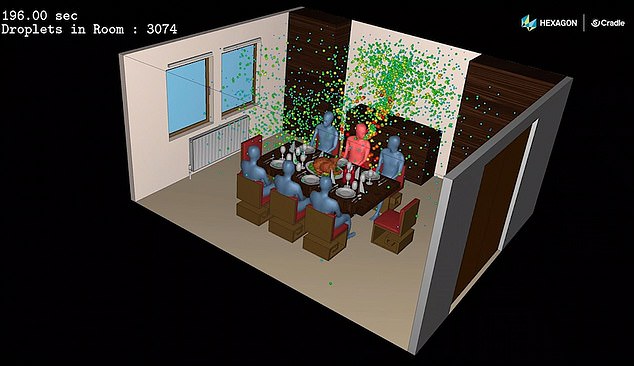 Particles were forced to circulate around the room if no windows or door were openCredit: Hexagon Manufacturing Intelligence 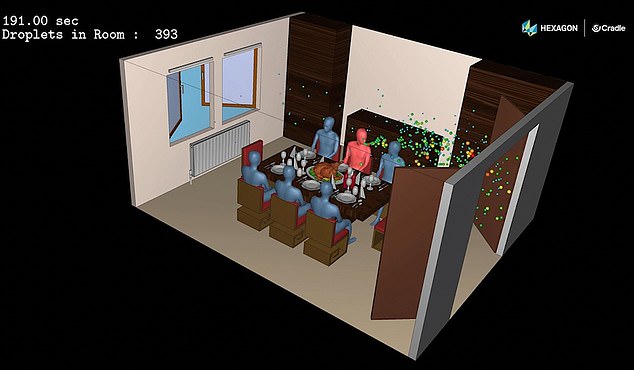 With having windows and doors open though particles were quickly dispersed away from peopleCredit: Hexagon Manufacturing Intelligence 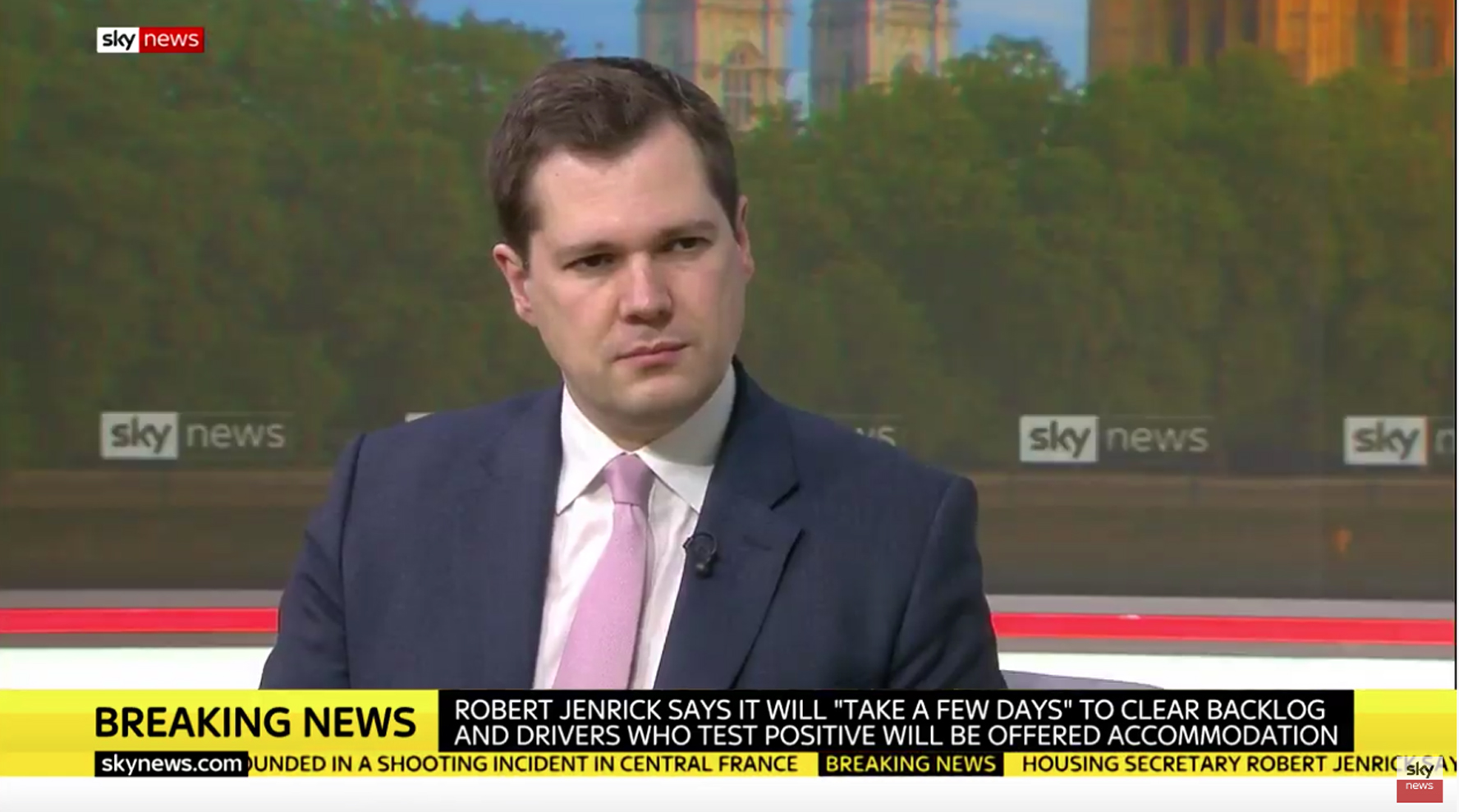